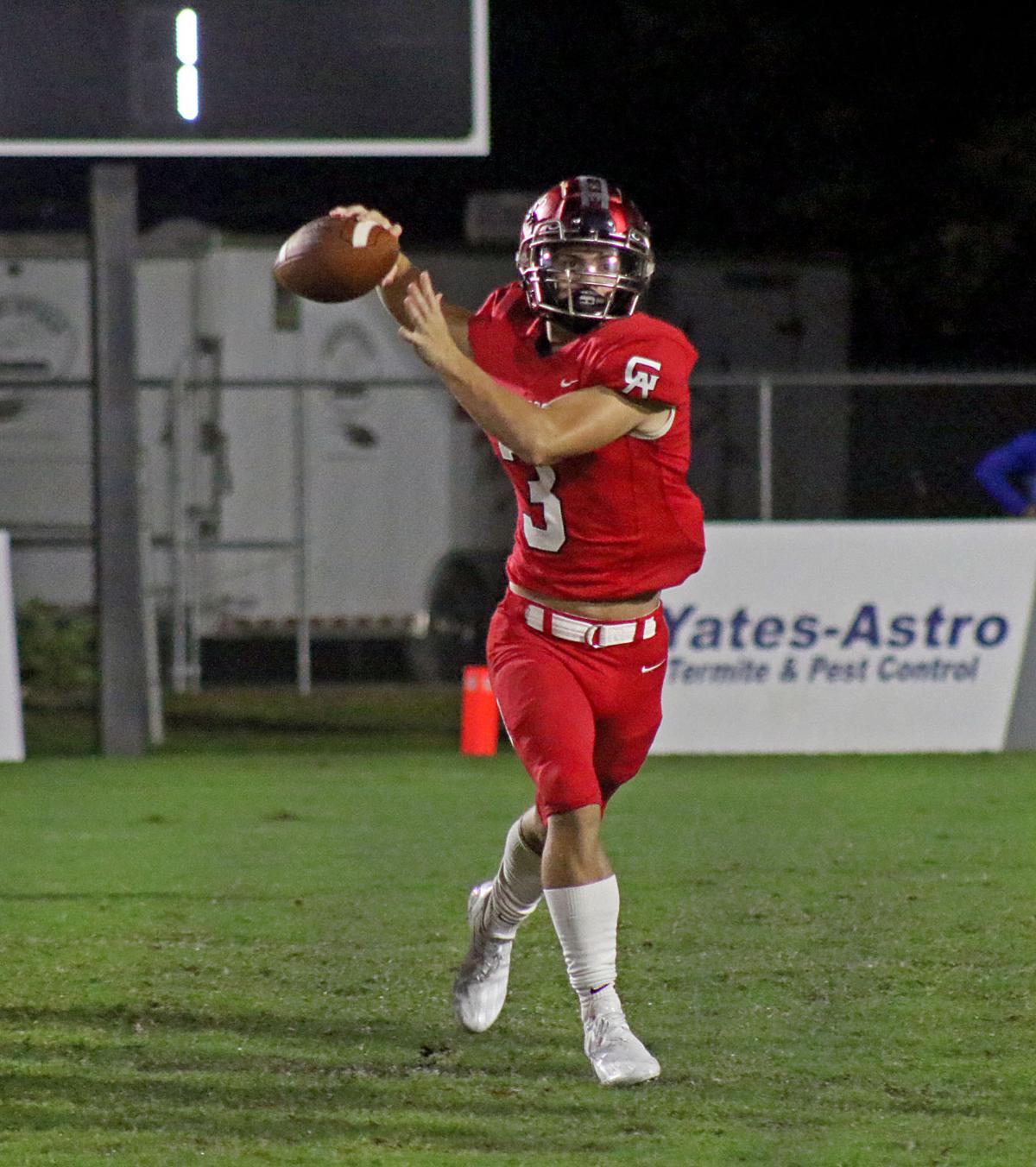 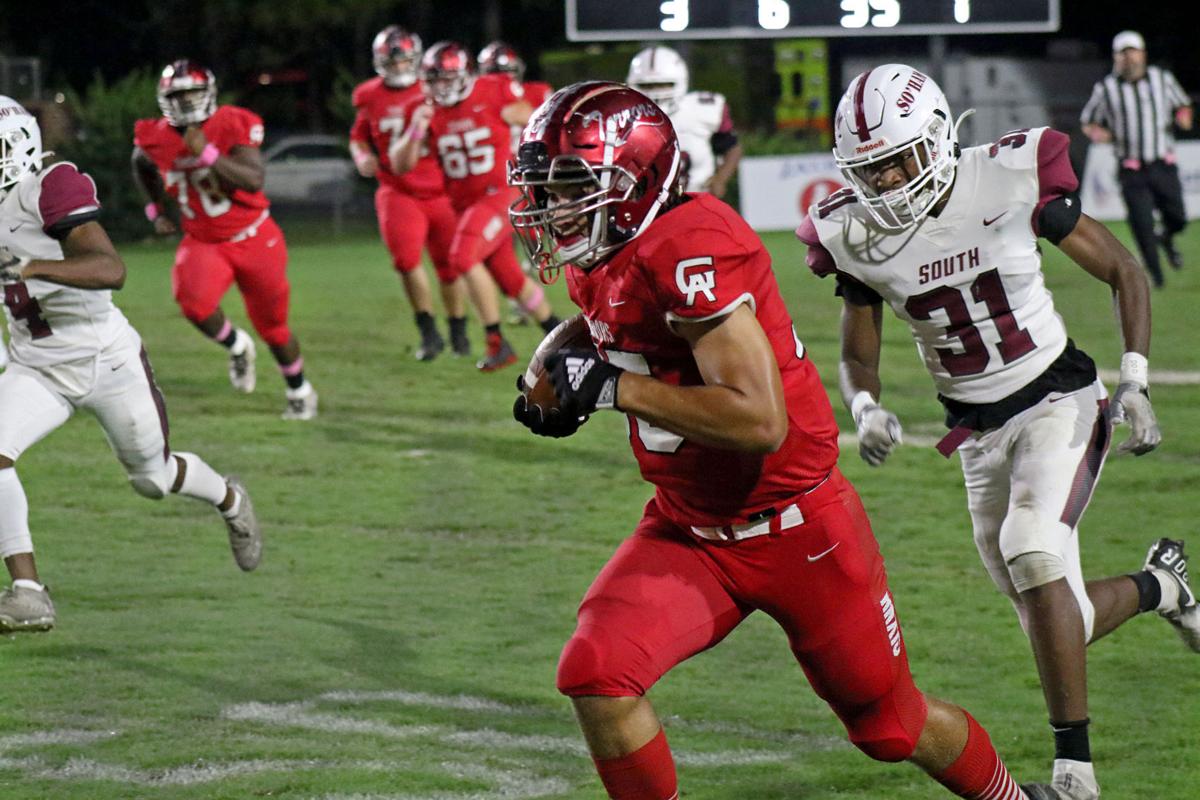 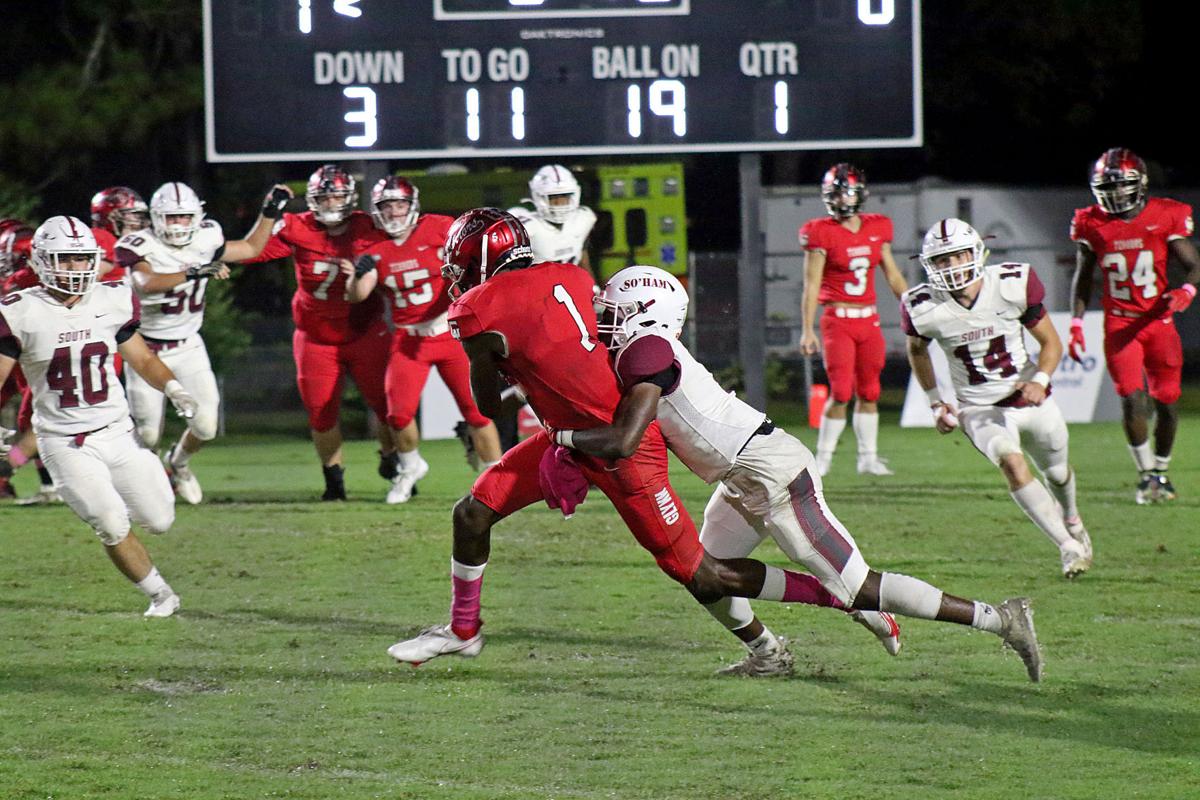 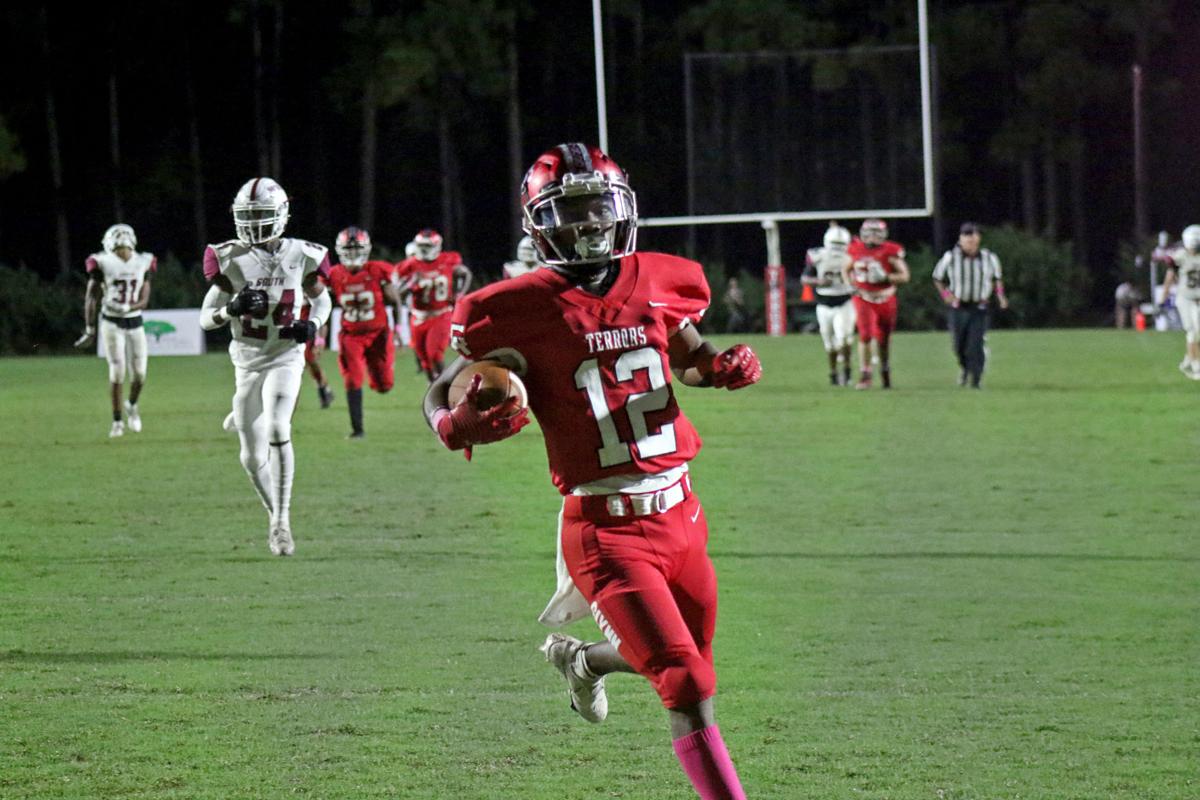 The Terrors held the Mustangs to 144 yards of offense in pitching the shutout with 40 yards coming on South Effingham’s first play of the contest. Glynn would allow just 76 more yards up until the final drive of the game.

“We’re playing a lot of young kids, and I think the thing they’ve been doing is getting better,” said Terrors head coach Rocky Hidalgo. “Our coaches are coaching the heck out of our kids out there every day, and our kids are working real hard. Obviously it shows on the field — I think our team has gotten better.”

A 10-play, 80-yard touchdown drive on the Terrors’ opening possession was capped by a 12-yard pass from Tyler Devlin to Jackson Wakeland, but that would be the lone score of the first quarter as both teams struggled to find a consistent foothold offensively.

South Effingham (1-5, 0-3) came up empty on a long field goal attempt after its 40-yard run, while Glynn Academy lost a fumble its second series before going three-and-out on its ensuing possession.

The Mustangs broke off a 28-yard run on their first play of the second quarter as momentum built, and though the drive ended in a punt, they pinned the Terrors at the 1-yard line following a couple lackluster offensive possessions.

A few plays later, Glynn Academy got a 52-yard run from Zech Ellis on 3rd and 4 to escape the danger zone. On the next play, Devlin found Greg Peacock for a 40-yard touchdown pass, but the score was negated by a holding penalty.

After a sack and a short gain, it appeared as if the Terrors would be forced to punt the ball back to the Mustangs until, facing 3rd and 26, Devlin connected with DJ Riley on a 56-yard touchdown pass.

Devlin hit Riley, who split defenders with a nifty spin move and sprinted towards the end zone to give the Terrors a 14-0 advantage and a necessary spark.

Jonathan Sasser knocked in a 43-yard field goal on Glynn Academy’s next drive, and the Terrors went into halftime with 228 yards of total offense, 174 coming through the air. Glynn would finish with 362 yards of offense with Devlin completing 12-of-21 passes for 228 yards and three touchdowns.

“I think we’re still finding our groove on offense,” Hidalgo said. “I like some of the things we did tonight — the slants to get the ball to the big receivers, I think you’ll see more of that, some play action stuff to get the ball downtown.

South Effingham got the ball to open the second half and fumbled on its first play, giving the ball to Glynn inside the red zone. Four plays later, Devlin punched the ball in from 2 yards out.

Following a Mustangs three-and-out, the Terrors pieced together a 10-play, 52-yard drive to push the lead to 31 on Devlin’s second rushing touchdown of the game. A 21-yard touchdown on a screen pass to Ellis as time ticked down in the third quarter would be Devlin’s fifth and final touchdown of the contest.

Glynn Academy scored 21 points in the third to blow open the game, responding to the challenge issued by the coaching staff. With the win, the Terrors move into a tie for second place in the region with three games to play in the regular season.

“We wanted to push the kids to come out here and take control of the game, the offensive line,” Hidalgo said. “There was some of that out there. We’ve got a lot of skill out there. We’re a little bit all over the place in some ways, but I think our kids are starting to come together.

“Hopefully we’ll continue to improve and make some hay here in the next few weeks.”