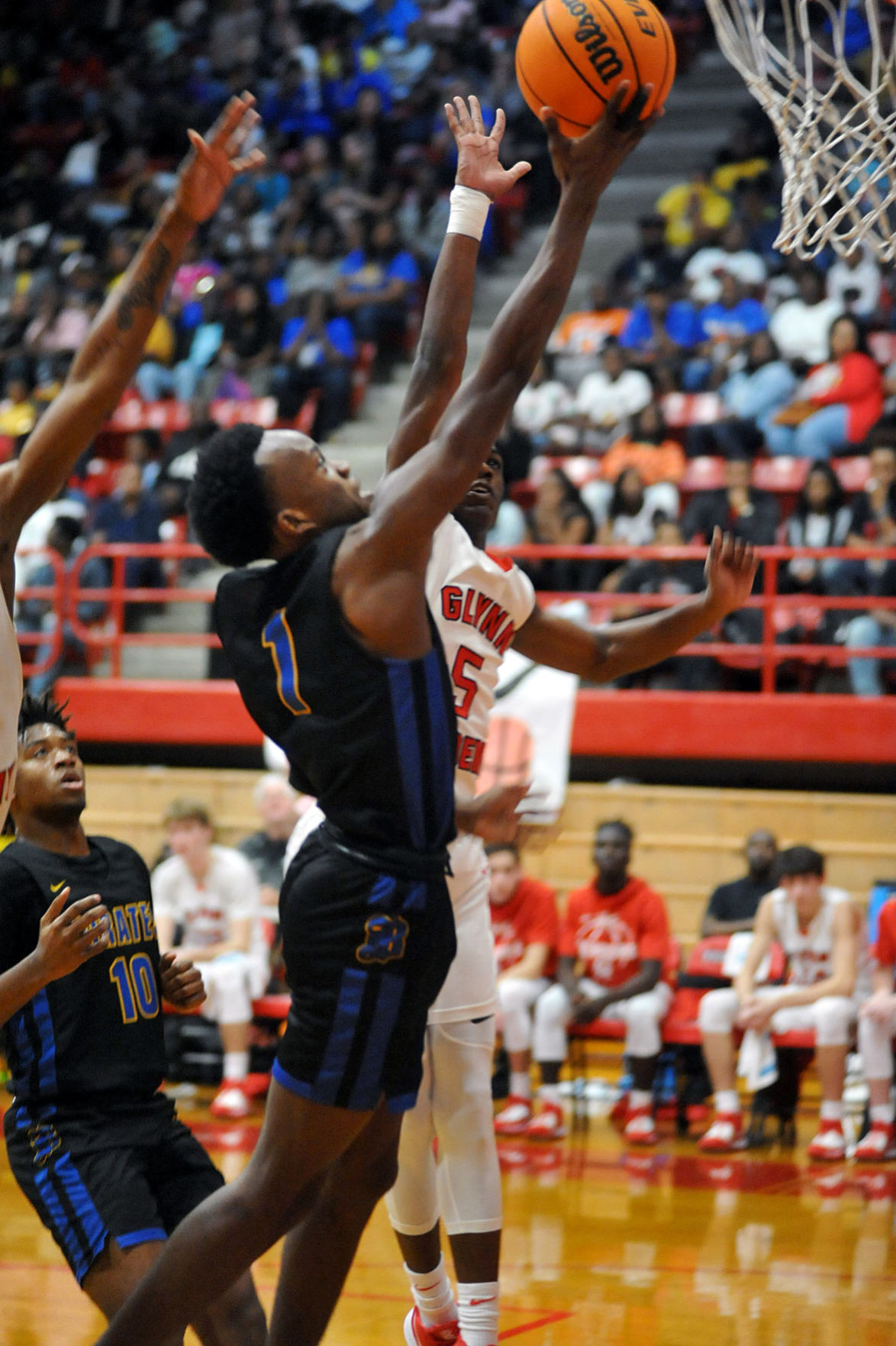 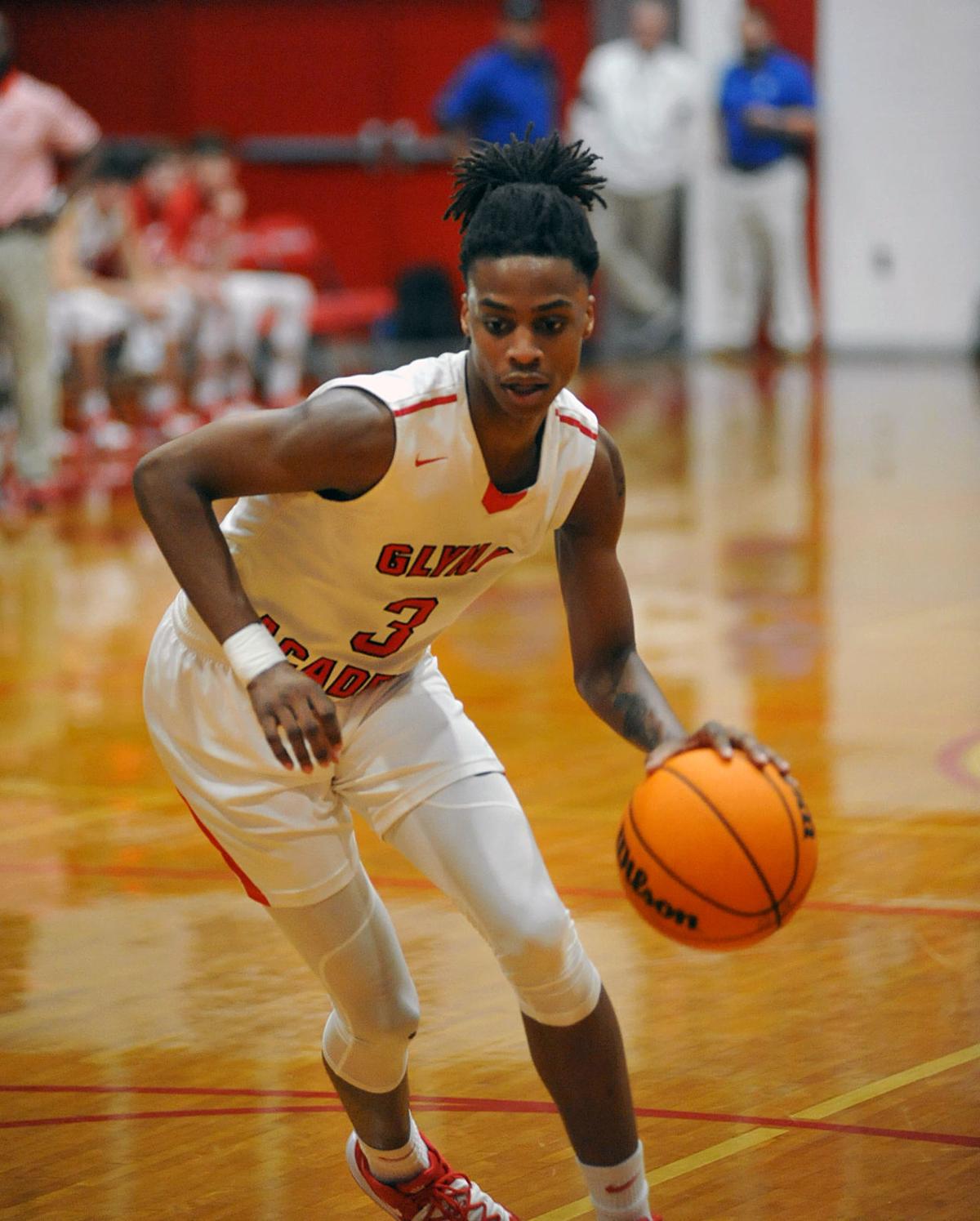 Brunswick High boys basketball team showed out on its cross-town rivals court as the Pirates defeated the Terrors 69-52 for their 10th win of the season.

Between Jaden Dunham, Xavier Bean, and Tyrease Jones, the Terrors couldn’t find a way to slow down the Pirates battleship.

The Terrors gave a valiant effort, but the Pirates found a way to pull away and take the win.

It was all Dunham in the first half as he scored 19 of Brunswick’s 38 points. However, Glynn Academy didn’t just let Brunswick man-handled them.

Max Hrdlicka, along with Tyson Rooks, helped the Terrors capitalize a 17-16 lead over the Pirates after the first quarter. These two helped the Terrors hold onto some of the momentum. However, Hrdlicka picked up two quick fouls in the opening quarter and had to sit during the second.

Glynn Academy coach, Terrance Haywood, said that having to sit Hrdlicka was one of the things that hurt the Terrors against the Pirates.

“The effort was there, but we gave up a lot of easy buckets early in the game,” Haywood said. “Then Max picking up that second foul in the first quarter and having to sit him worrying about him picking up the third before halftime. So we were building some momentum there.”

Dunham and company didn’t let Glynn have a ton of momentum as the Pirates outscored the Terrors 22-12 in the second quarter. Bean and the offense worked the clock to the final seconds and sunk an impressive and what seemed like a mile-long three-pointer as time expired to go up 38-29 at half time.

Glynn Academy didn’t let the last-minute shot affect them as the Terrors came out hungry to open up the second half.

Hrdlicka helped the Terrors get a ton of momentum in the third quarter with back to back slam dunks. Those two jams put Glynn within three points, and Haywood said that’s what he’s doing his job.

“He’s doing what he’s supposed to do,” Haywood said. “The expectation on him is very high right now. I expect him to come out be able to score and take over in games. But having to pull him out that hurt.”

Hrdlicka was the leading scorer for the Terrors with 21 points. Tyson Rooks also scored double-digit points as he tallied 11.

Glynn Academy fell to 4-11 on the season but hung in there with Brunswick for most of the game. The Pirates handled business in the fourth quarter and pulled away, winning by 17 points.

Brunswick High coach Chris Turner said he felt like his team played well in spurts against the Terrors, but wants to see his team put together a full game.

“We got to put it together for a whole game where we’re playing on all cylinders,” Turner said. “We did play well at times, and I thought we had a real good inside game. We had some kids come off the bench and help us down the stretch. Obviously, we have to work on turnovers and things like that. I was proud of the guys coming over here and getting the win because they beat us here last year.”

Brunswick outworked the Terrors down low with Dunham overpowering the Terrors all over the court. Glynn found a way to slow him and down when they switched defenses to open up the second half. However, the Pirates had other players step up, and Dunham helped his teammates get some good looks at the basket.

Turner said that Dunham continues to be a valuable piece to his team.

“He’s been great this year and has played lights out,” Turner said. “He played well again tonight even though he got in foul trouble there at the end, but he’s been everything for us this year. We have to get him some help and keep getting better around him. But he’s a valuable piece.”

Brunswick improves to 10-6 on the season and 2-0 in region play. The Pirates hit the road as they take on Richmond Hill on Tuesday with the game slated for 7:30 p.m.