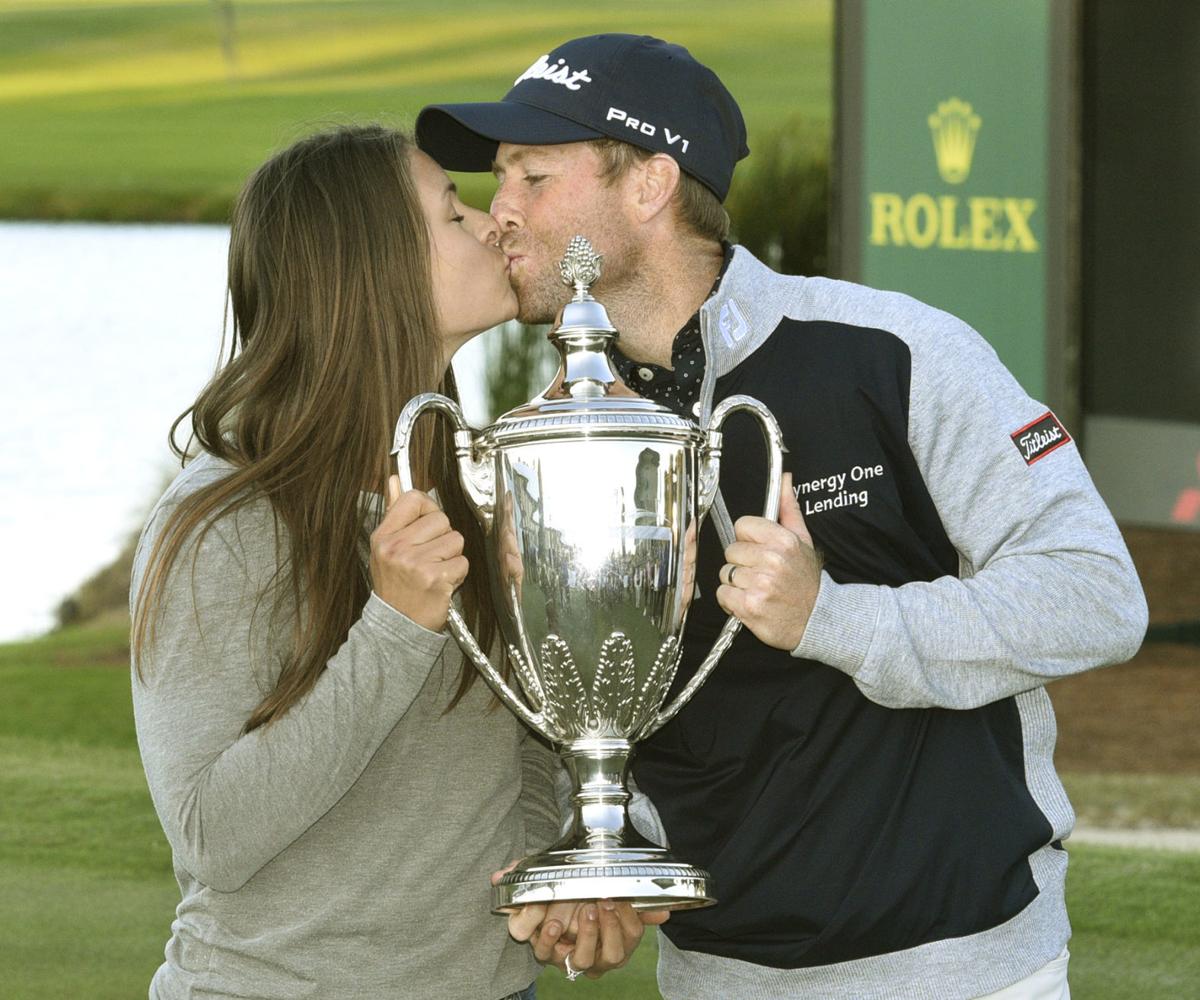 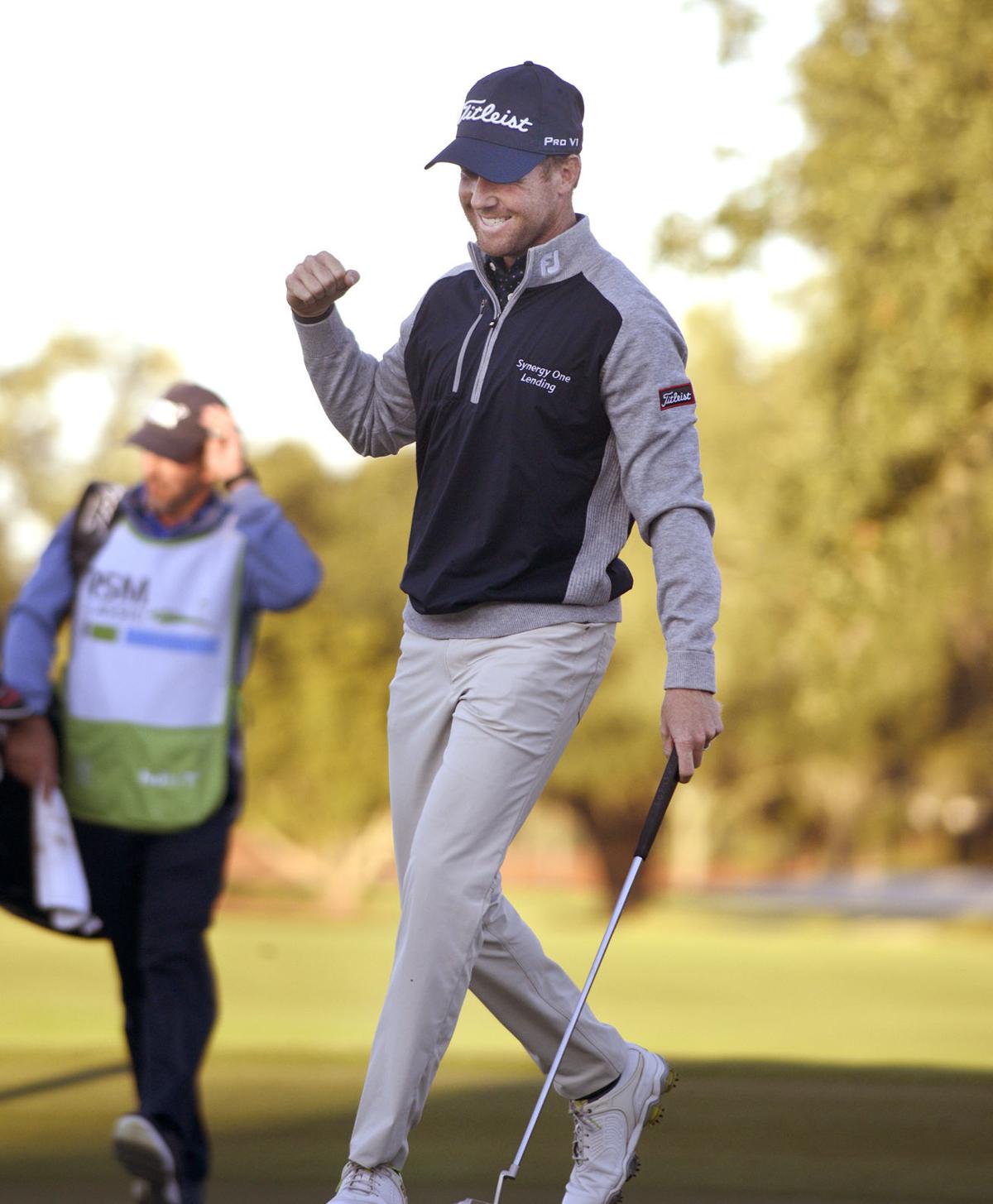 Tyler Duncan pumps his fist after sinking his putt on hole 18 on Sea Island Golf Club Seaside course Sunday during the second overtime to win the RSM Classic. 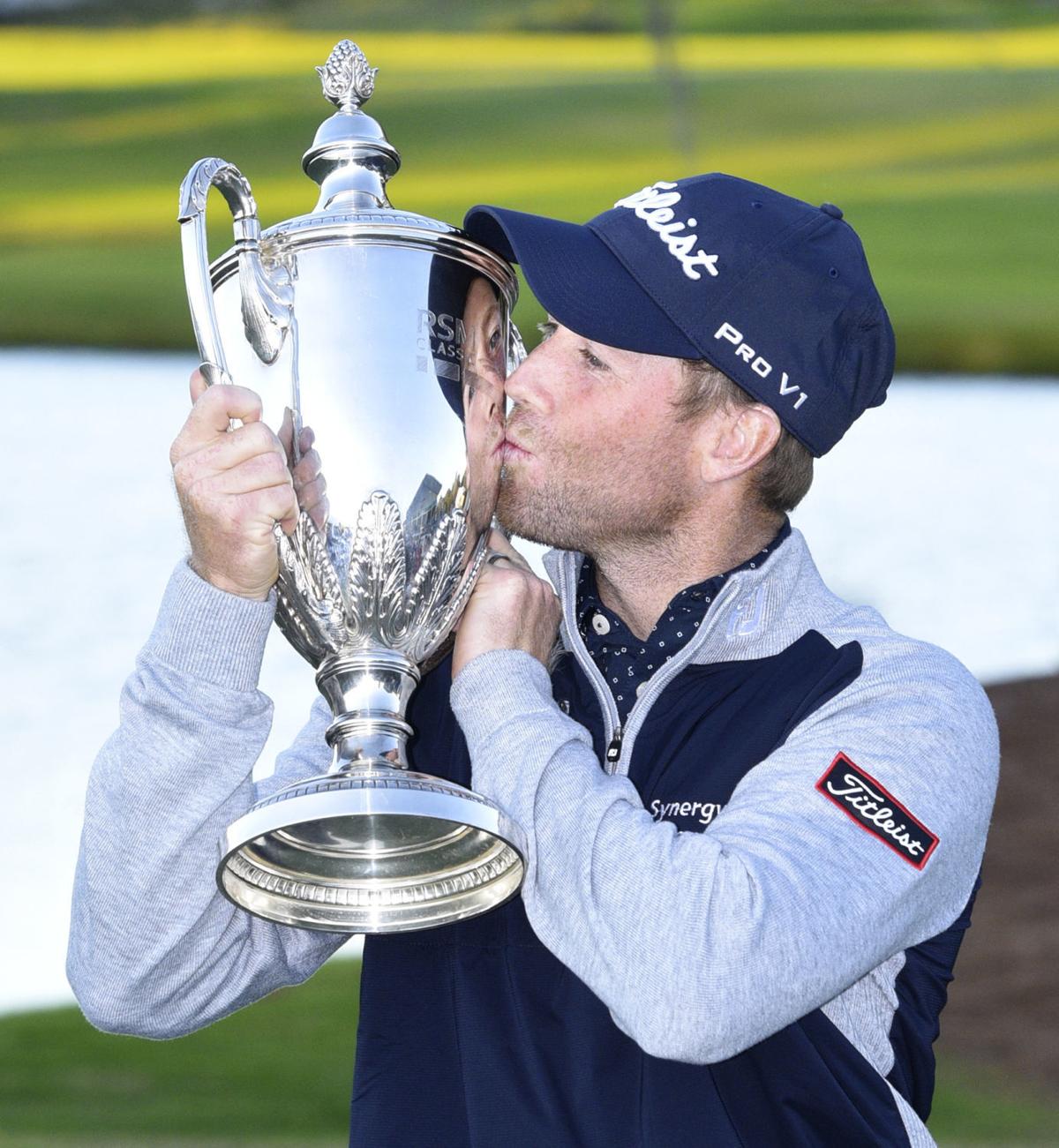 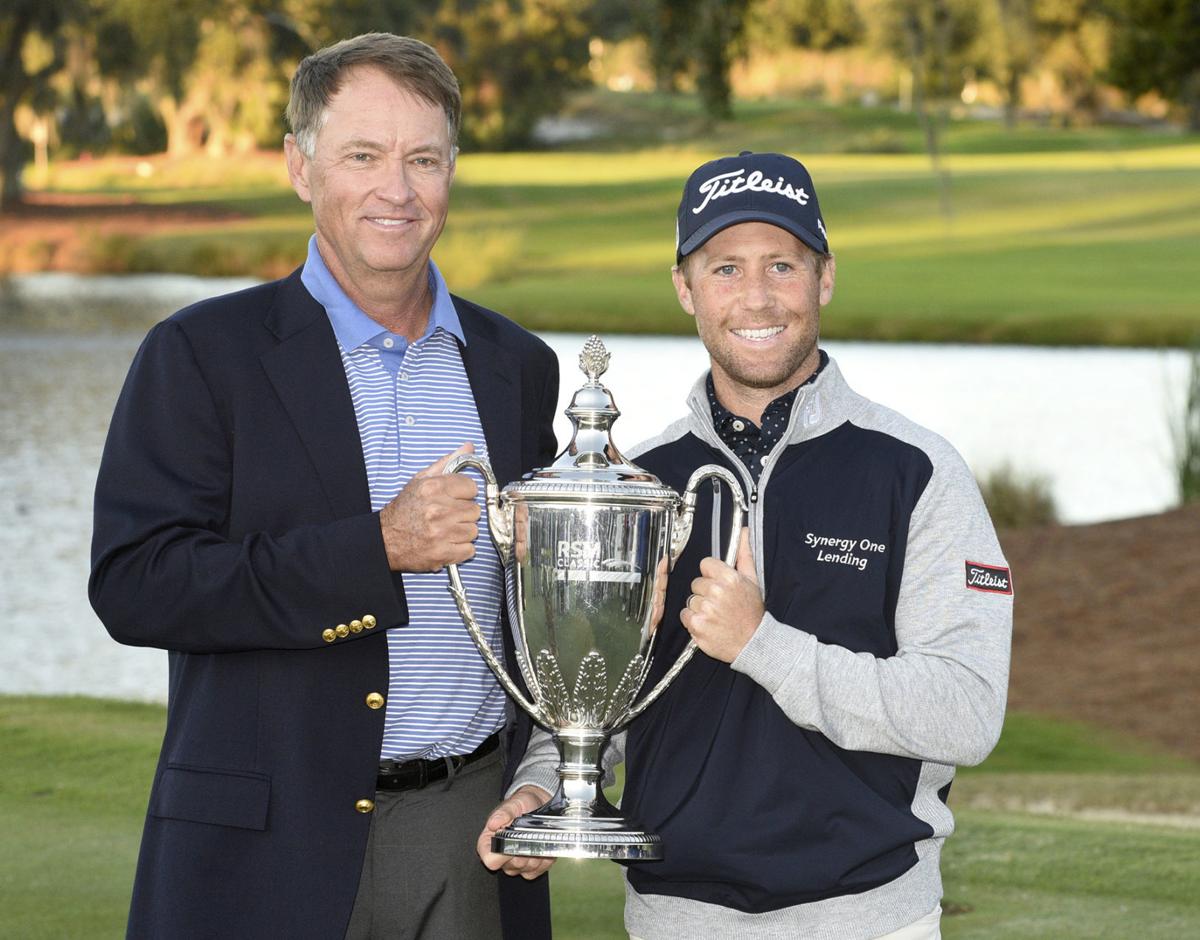 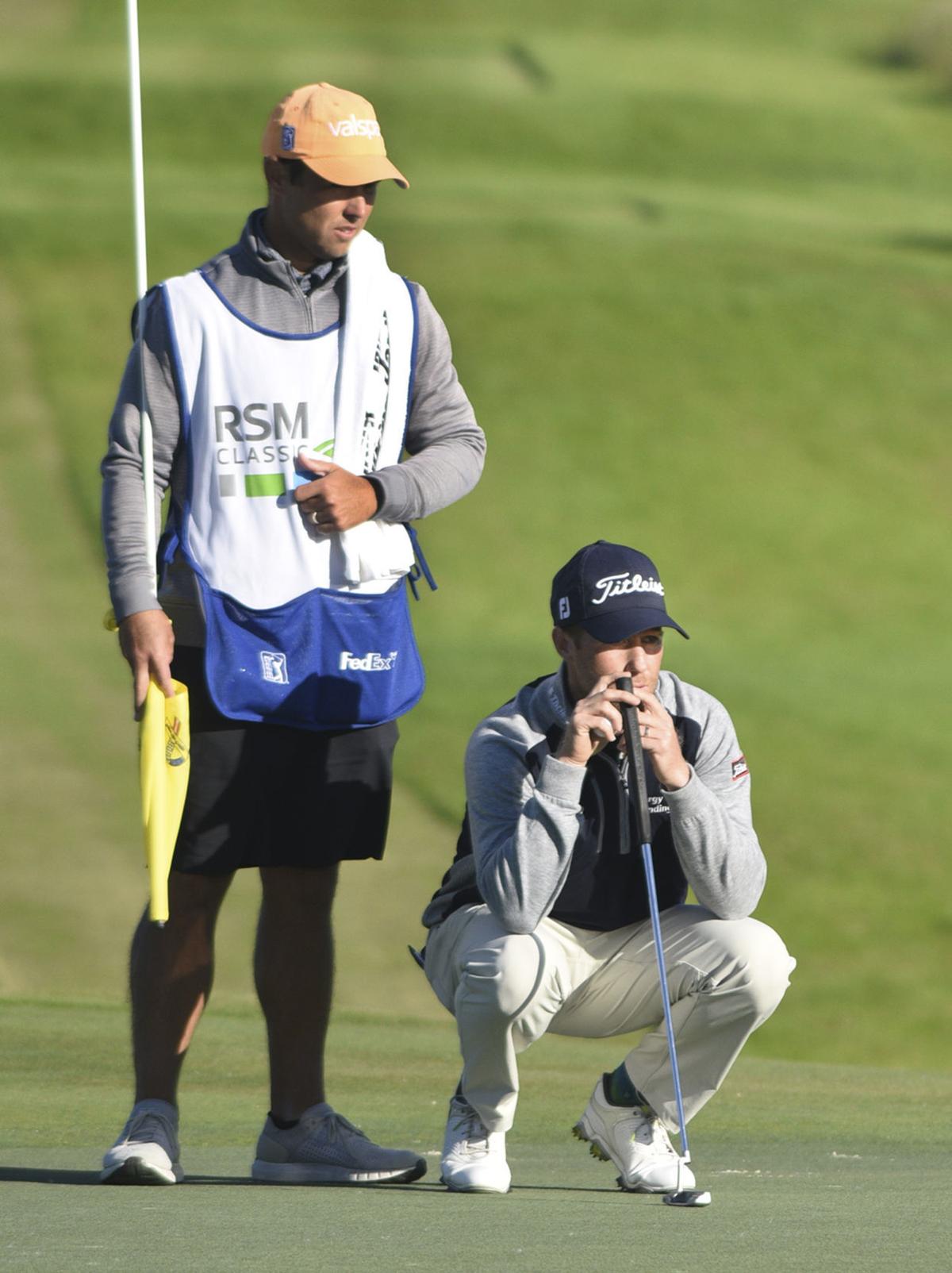 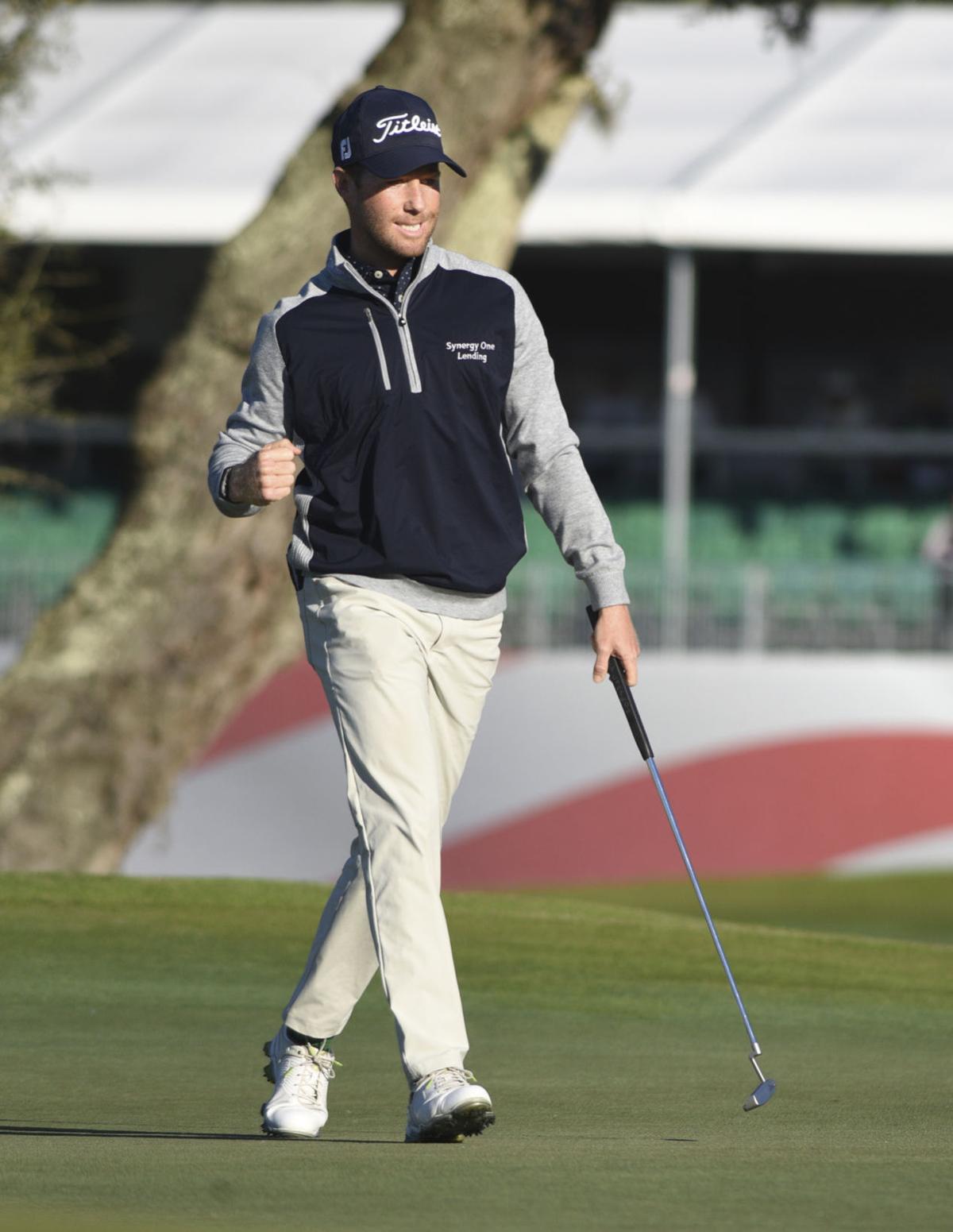 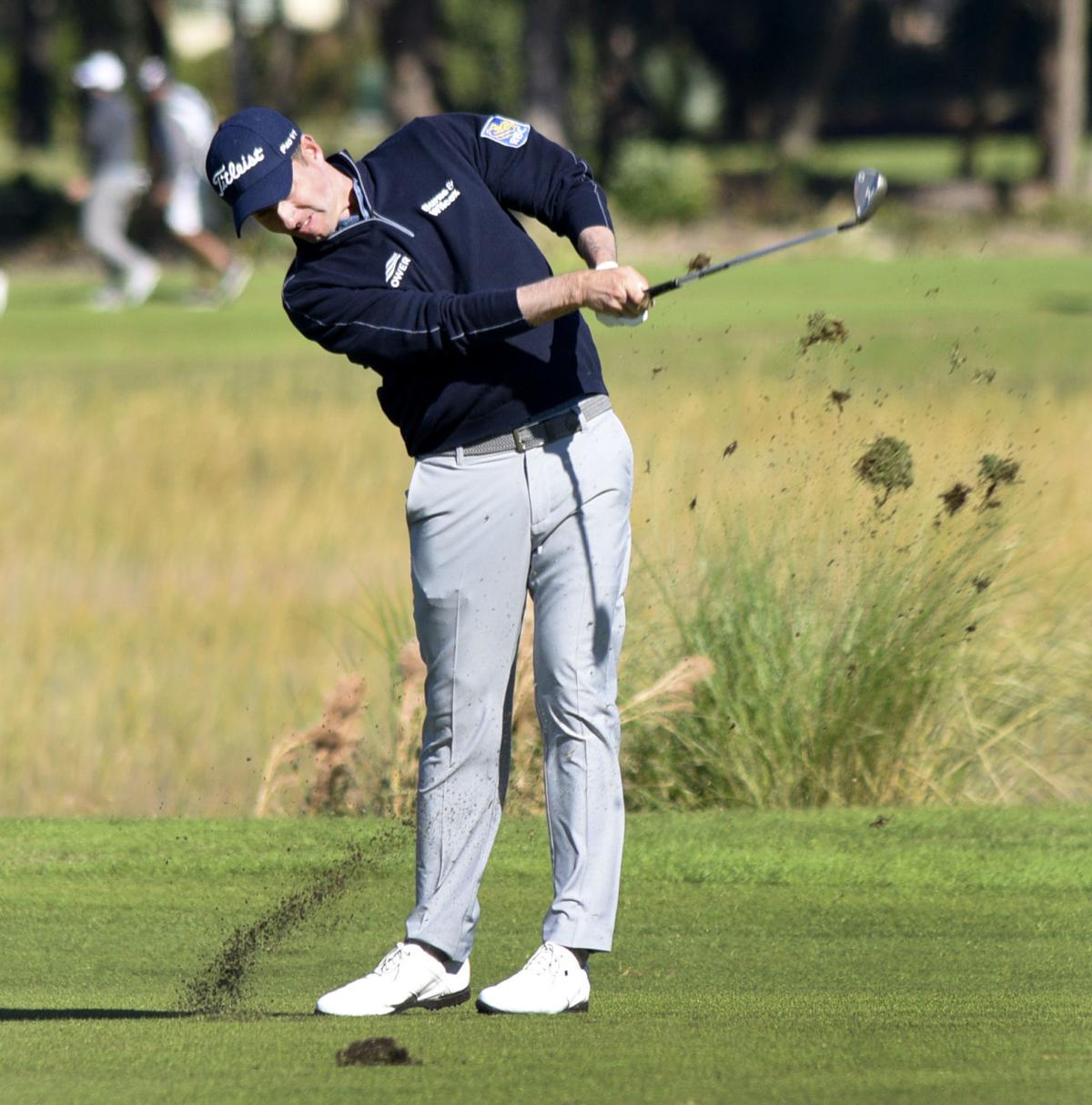 Tyler Duncan pumps his fist after sinking his putt on hole 18 on Sea Island Golf Club Seaside course Sunday during the second overtime to win the RSM Classic.

After four long rounds of golf, there is a new RSM Classic champion.

It didn’t come easy though as Tyler Duncan birdied the 17th hole on Sea Island Golf Club’s Seaside course and then made a 25-foot birdie putt on the 18th to send the tournament into a shoot out with Webb Simpson.

Duncan and Simpson played two sudden-death holes, and on the second one, he hit a 13-foot putt for the win on Sunday.

Heading into the final day of play, Duncan was four shots back from then-leader Brendon Todd. After hitting 18 pars in Round 3, he put the pedal down and pinned his ears back for Sunday’s round.

“I knew it was going to be a tough day out here,” Duncan said. “It was colder, the wind picked up, and I was just trying to do the best I could fight until the end. I hit one of the best 4-irons I’ve ever hit on 17 six feet up the hill, and you guys saw the probably 30-footer I made here on 18 just to get to a playoff. I don’t even know. I’m just so happy right now.”

This win at the RSM Classic is Duncan’s first PGA Tour title since turning pro in 2012. After more than 150 starts, he finally got to hoist up a trophy.

His biggest win before this week was the Indiana State Amateur. He started this week ranked 378th in the world.

On Sunday, he fought his way back and was able to hold off the highest-ranked player in the field. Duncan finished at 19 under 263, shooting a 67 in the first round on the Plantation course. Then he shot 61-70-65 in the final three rounds.

He led the field after Friday’s round of golf with a 61 that included an eagle from 106 yards. Todd lapped him and took the lead, gaining all of the attention.

Todd struggled on the final day as he was seeking to become the first player since Tiger Woods to win three straight PGA Tour events. He fell short, but still finished the tournament in fourth place giving him a 140 point FedExCup lead.

Sunday was a bit different compared to the earlier rounds. It was colder and windier, which played in Duncan’s favor.

“I loved it. When I saw (the forecast), I was like it’s going to be great because you go out and play solid golf. And one of my strengths is ball-striking, controlling my ball, and I did a pretty good job of that. Anytime there’s win, you have to be able to really control your ball, and it definitely worked in my favor.”

For a golfer who has been on the Tour since 2012, Duncan hadn’t had a lot of success until Sunday. It was a life-changing moment for Duncan, and he said it still hasn’t sunk in.

“It sounds amazing thinking about it, but I don’t think it’s completely sunk in yet,” Duncan said. “I can sit here and think about everything that’s going to be coming and The Players Championship and the Masters and just two, and I think it’s two more seasons exempt on Tour. All those things are just unbelievable. I don’t think I could honestly process all of that right now, but thinking about it’s pretty awesome.”

Simpson finished in second place behind Duncan for the second time competing in this tournament. For a while on Sunday, it was his to lose, and yet again, it was another close call for him.

“I know, another close call. You know good for Tyler for making birdie on the last two holes in regulation and again there, so happy for him,” Simpson said. “I felt like it was going to go my way, but that’s what great players do, they birdie the last two holes as he did. So tough to finish that way, but all in all, a great week.”

Duncan played with a lot of confidence on Sunday, and it paid off for him. A lot of elements were stacked against him, but he overcame it with his mental toughness and accuracy. He said it was a dream come true, and this win was what he wanted to accomplish.

“This is it right here,” Duncan said. “I won on the PGA Tour, and that’s something I’ve always dreamed of and just so happy to be here. I told my wife the other day, I had a two-shot lead coming into the weekend, and I was like, man, that would be awesome to change our flights to Hawaii, wouldn’t it? Luckily we’re going to be doing that.”

Erase the damage from summer

Golden Isles Center for Plastic Surgery is home to a beautiful medical spa that has the relaxing environment of a day spa but professional-grade treatments that generate results for younger, brighter, healthier skin. Being in a beach community leads to a lot of time being spent outdoors, and…

Voters to decide on new ESPLOST approval in November

Glynn County voters are set to have the opportunity during the upcoming election to approve or deny the continuation of a 1 percent sales tax for educational purposes.

Jad Darazim has a fairly good idea about what he wants to do once he graduates from Georgia Tech.