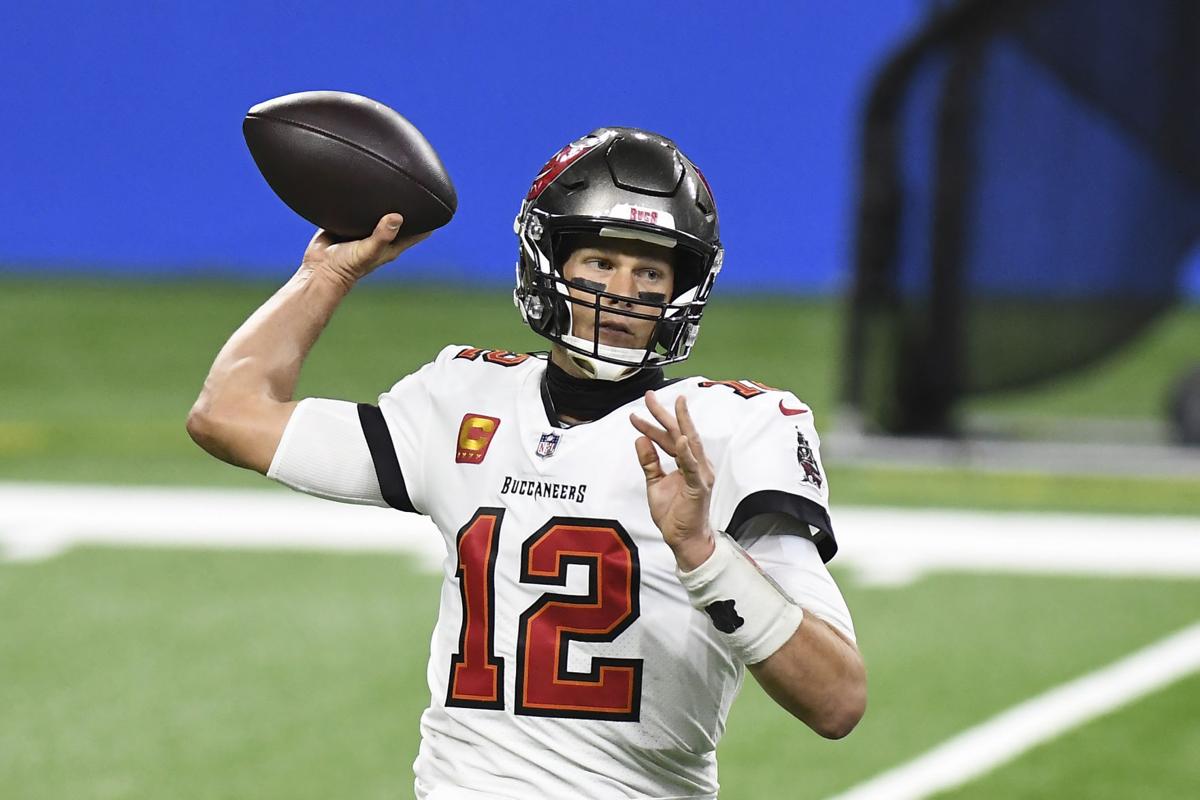 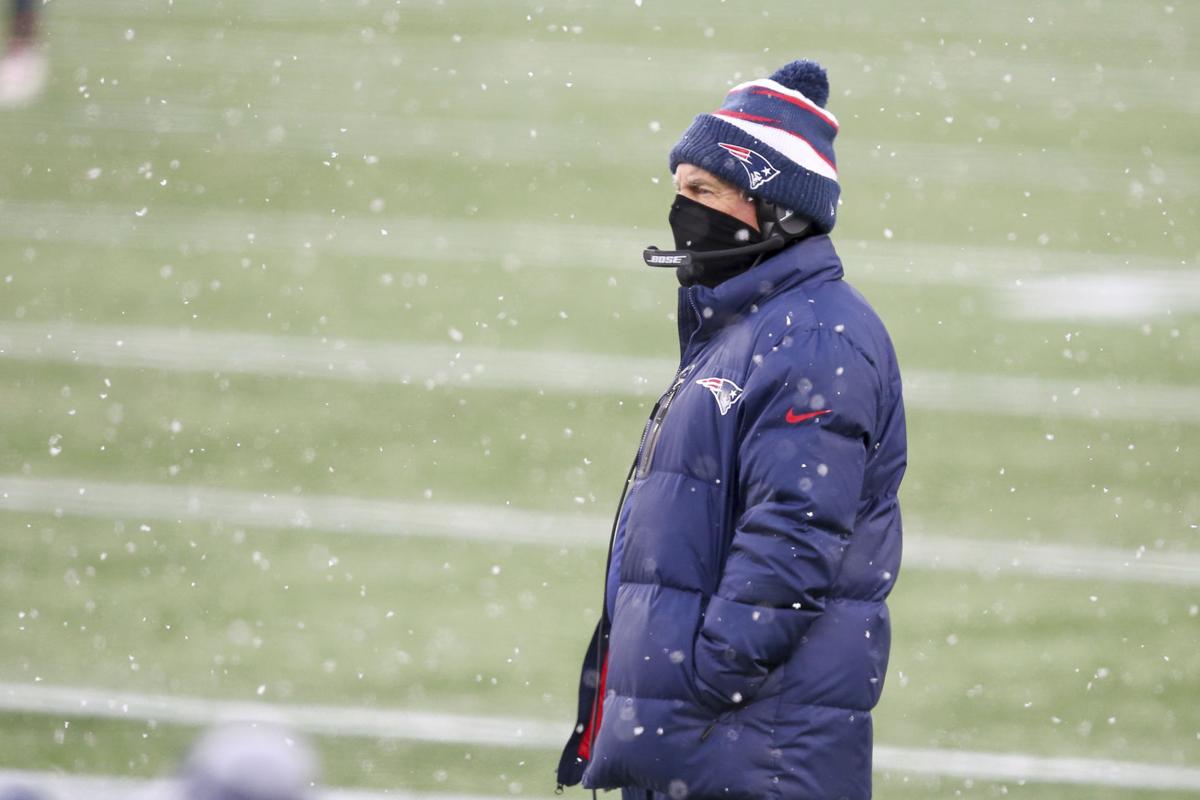 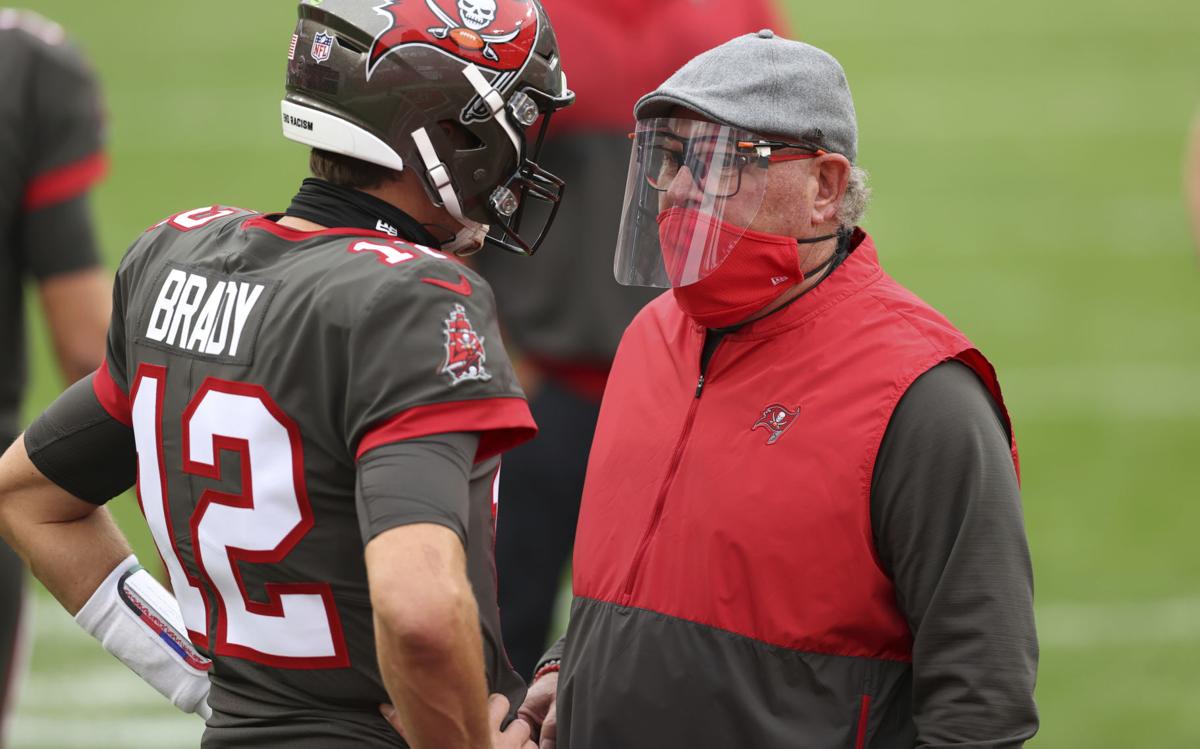 When I turned the Double Take into a weekly column last year (it feels great to say that, doesn’t it?), the first topic I wrote about was the question we could look forward to being answered in the ensuing months: Who was the key to the New England Patriots dynasty, quarterback Tom Brady or head coach Bill Belichick?

In a fitting moment of synchronicity, the NFL regular season came to an end Sunday, giving us the chance to begin the new year by looking at how each party fared following the Brady-Belichick breakup.

After the 16 games we’ve seen, it would be easy to point to Brady as the driving force of the marquee franchise since the turn of the millennium. Tom traded in the frigid winters at Foxborough for a mansion on the bay in Tampa in an unlikely, yet ultimately pragmatic move that wound up shifting the league’s balance.

The Buccaneers hadn’t made the playoffs since 2007 when it was announced Brady would sign with the team in March. Tampa hasn’t won a playoff game since it captured the franchise’s only Super Bowl in 2002.

In one season with Brady in tow, the Buccaneers have snapped their postseason drought.

Reminiscent of Peyton Manning’s revival with the Broncos, Brady vanquished any notion that he could be washed up at 43 years old. Despite throwing three fewer passes than a season ago, Brady crushed all of his numbers from his last year in New England, lending credence to the argument that a lack of offensive firepower in the Patriots’ offense was to blame for the relatively mediocre season compared to the lofty standard he set.

With Pro-Bowl receivers Mike Evans, Chris Godwin and Antonio Brown on Buccaneers’ roster, in addition to tight end Rob Gronkowski, Brady had more than enough weapons at his disposal, and the upgraded supporting cast led to a campaign that saw Brady complete 65 percent of his passes for 4,633 yards and 40 touchdowns to just 11 interceptions while leading the team to an 11-5 record.

Brady ranked second in touchdown passes and third in passing yards as the only quarterback to finish within the top 3 of both categories, and he became just the second quarterback to Manning to throw for 40 or more touchdowns with two different franchises, as well as becoming the oldest player to ever to cross the 40-touchdown threshold.

Even advanced stats shined favorably on Brady’s season with Pro Football Focus grading him as the second-best quarterback in the NFL and DVOA ranking him fourth.

What’s made Brady’s season even more impressive has been watching him destroy the “system quarterback” label that has been slapped to him in recent years due to his habit of dissecting defenses with short passes. In his final season in New England, Brady ranked 23rd among 32 qualified quarterbacks at 7.6 intended air yards per pass attempt (the vertical yards on a pass in relation to the line of scrimmage).

The most common concern surrounding the discussion of Brady’s move to Tampa was how he would mesh with head coach Bruce Arians, who is known for airing it out early and often with his “No risk it, no biscuit” mentality. In his first season in Tampa, Jameis Winston’s 10.4 intended air yards per pass attempt ranked second in the NFL.

Brady didn’t quite match Winston’s propensity to go deep, but he didn’t need to. His 8.3 intended air yards was the third highest in the league, and his 36 completions of 20 or more air yards were the most of any quarterback.

The Buccaneers were banking on simply reducing its league-high total of 41 turnovers with the move to Brady offsetting a less explosive offense, but he’s somehow managed to do that while keeping Tampa’s passing game as dangerous as ever.

Tampa’s offense ranked No. 3 in points scored and No. 7 in total yards, while its 17 turnovers were the seventh-fewest.

Bolstering Brady’s case, as the Buccaneers’ offense flourished, the Patriots’ crumbled without its signal caller.

New England ranked 27th in points scored at 20.4 per game — the franchise’s worst figure since averaging 17.3 points per game in Belichick’s first season as head coach in 2000. The Patriots hadn’t ranked within the bottom 5 in points per game since 1992, when there were just 28 teams in the NFL.

Without Brady, the Patriots reached the end zone just 36 total times on the year while their former star was responsible for 43 scores himself.

New England’s defense — Belichick’s speciality — was the team’s bright spot, but the collapse of it’s offense resulted in the franchise’s worst season in nearly two decades. The Patriots had won at least 10 games for 17 consecutive seasons and qualified for the playoffs for 11 years straight (winning the division in each of those campaigns to boot) before sputtering to a 7-9 finish to a season that saw the team suffer its two worst home losses in Belichick’s 20 years at the helm.

The Patriots are set to draft 15th in the 2021 NFL Draft, which would be their highest selection since 2003.

So is a nine-game difference between the Buccaneers and Patriots’ last two seasons and almost 25 years worth of snapped postseason streaks enough to definitively give Tom the edge in the debate of Brady vs. Belichick?

Not quite yet, in my opinion at least.

The sustained regular-season dominance of the Brady-Belichick Patriots is just one factor in what makes the dynasty special. Winning five Super Bowls is what put them over the top.

We’ll have to wait a bit longer to see if Brady can reach those heights without Belichick as well.