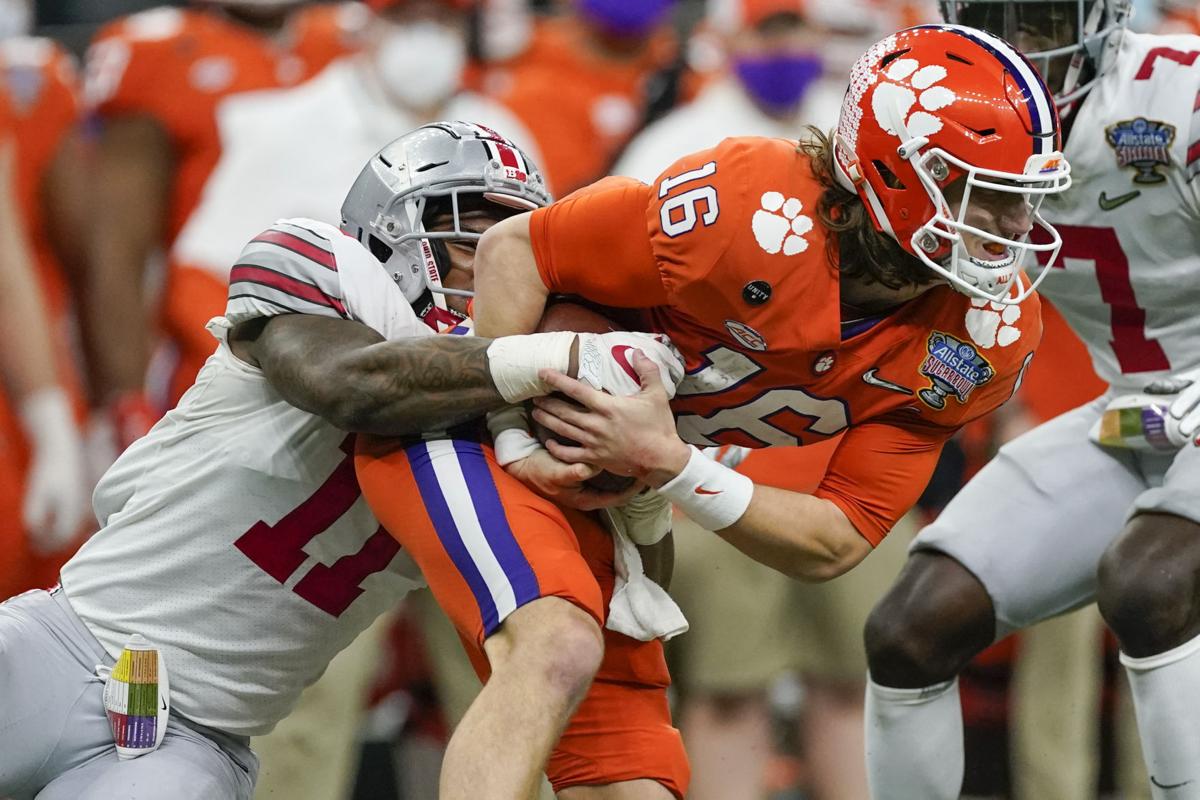 Clemson quarterback Trevor Lawrence is tackled by Ohio State’s Tyreke Smith during the Sugar Bowl on Jan. 1 in New Orleans. 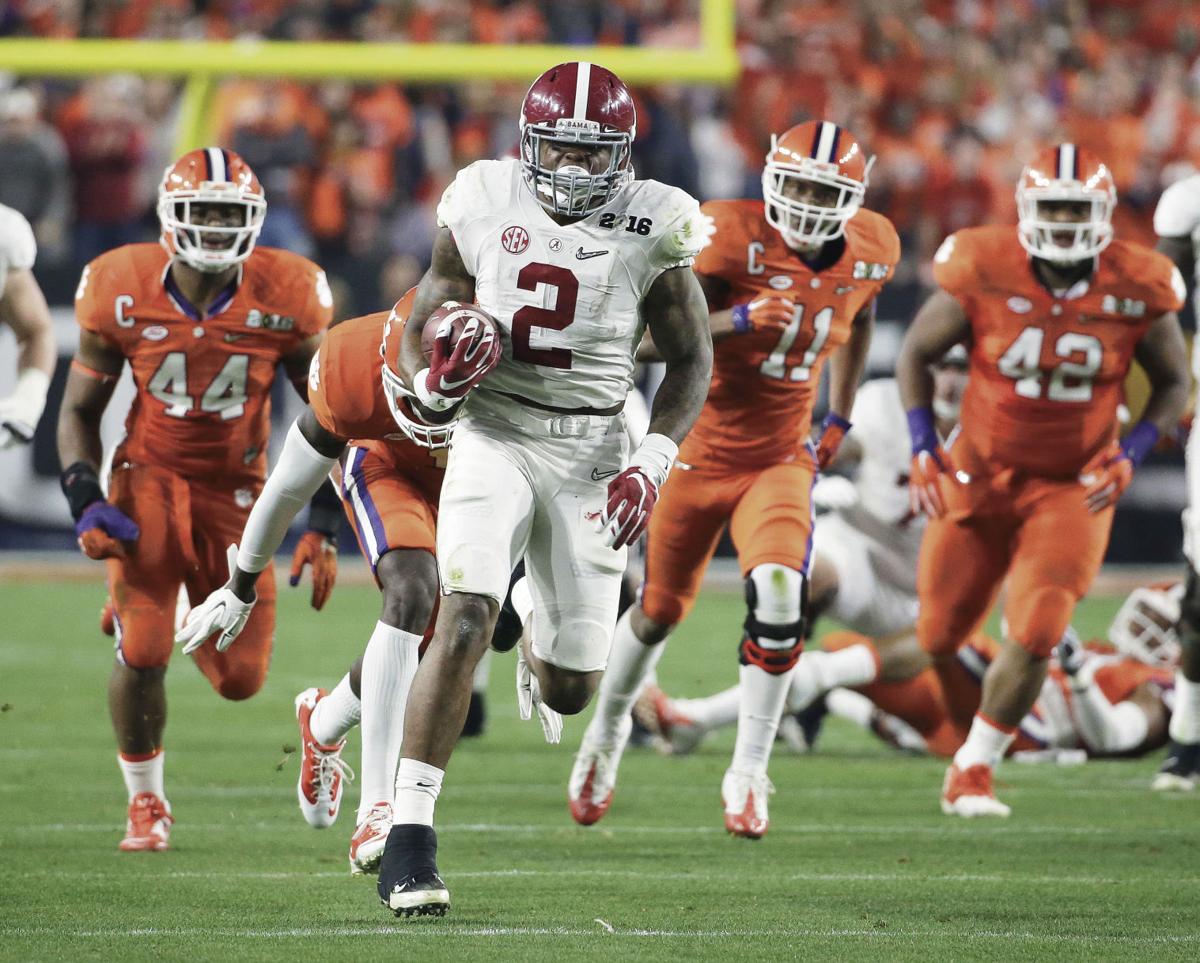 Alabama’s Derrick Henry runs for a touchdown during the college football playoff championship game in Glendale, Ariz., on Jan. 11, 2016. 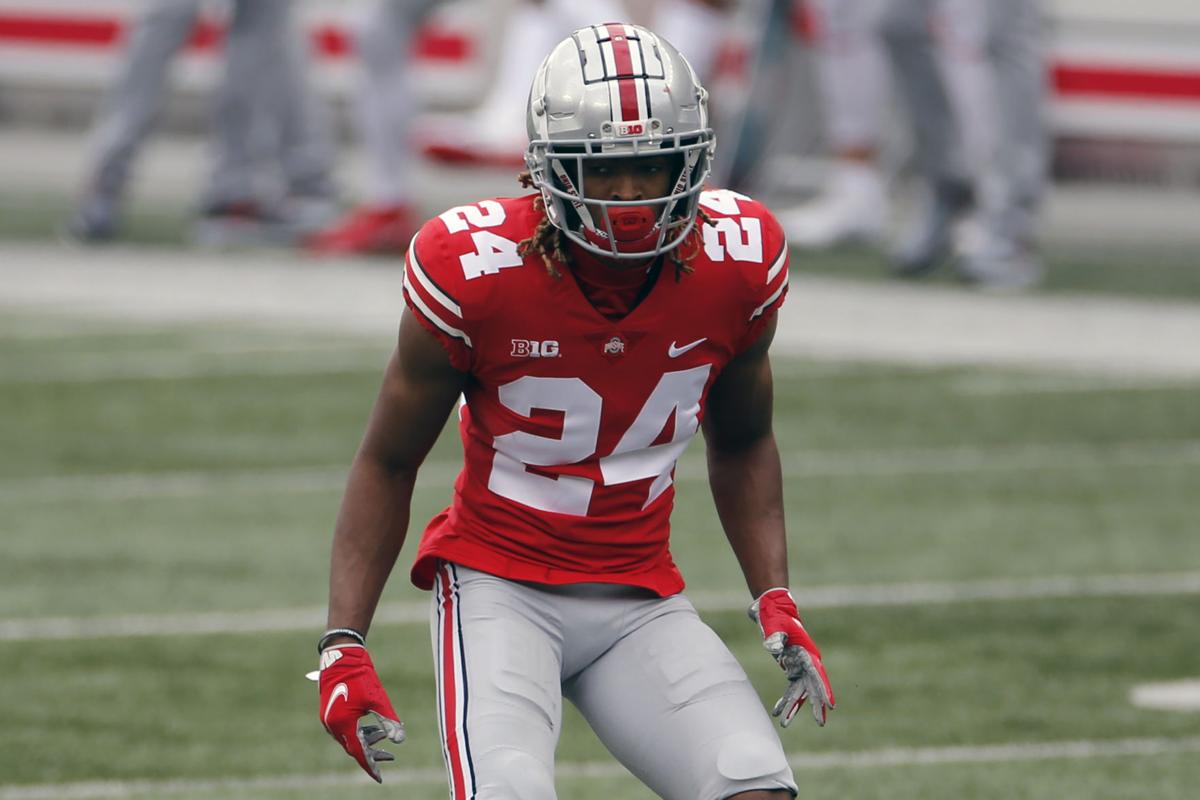 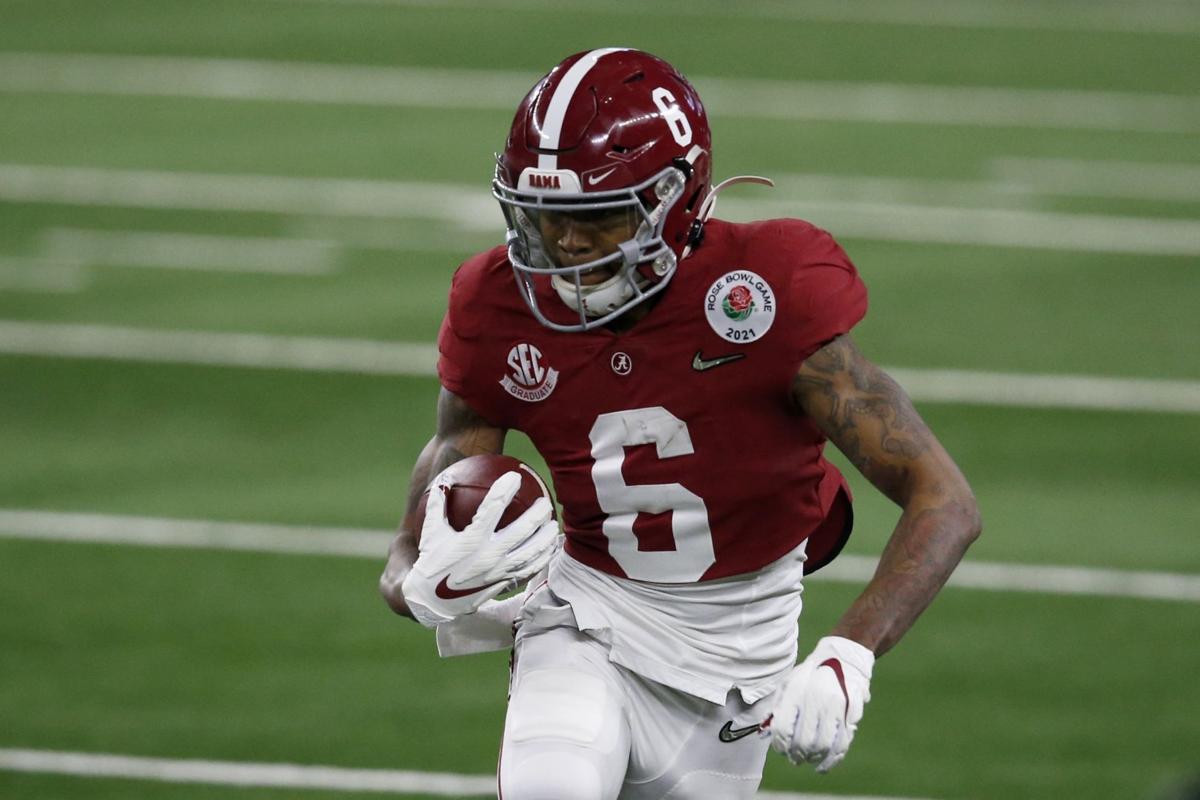 Alabama wide receiver DeVonta Smith gains yardage after a catch in the Rose Bowl against Notre Dame in Arlington, Texas, on Jan. 1.

Clemson quarterback Trevor Lawrence is tackled by Ohio State’s Tyreke Smith during the Sugar Bowl on Jan. 1 in New Orleans.

Alabama’s Derrick Henry runs for a touchdown during the college football playoff championship game in Glendale, Ariz., on Jan. 11, 2016.

Alabama wide receiver DeVonta Smith gains yardage after a catch in the Rose Bowl against Notre Dame in Arlington, Texas, on Jan. 1.

Alabama and Ohio State duked it out last night in Hard Rock Stadium to crown a new college football national champion. I had to write this column before the game kicked off, so I can’t pontificate on the result, but it would have been a safe bet to type out the same lead months ago.

Since its debut in the 2014-15 season, the College Football Playoffs has become a three-team race where the prudent selection has been to pencil some combination of Alabama, Clemson and Ohio State into the title game each and every season.

Either Alabama, Clemson, Ohio State or some amalgamation of the three has played in all seven of the College Football Playoff championship games with the trio making up 11 of the 14 total spots in the contest over that span. The 2014 Oregon Ducks are one of just three programs aside from the “Big 3” to play for a title over the past seven seasons, along with the 2017 Georgia Bulldogs and the 2019 LSU Tigers, who are the only other program to win a national title in the CFP era.

Alabama, Clemson or Ohio State have taken two of the four playoff spots in each of the past seven seasons, including two seasons that saw all three programs qualify for the College Football Playoffs.

Aside from one magical season from Joe Burrow, one of Alabama, Clemson or Ohio State has claimed the ultimate prize over the past seven years. It’s the most dominant trio of teams we’ve seen since either Florida State, Miami or Oklahoma competed in the BCS championship game from 1998-2004.

There have been calls to expand the playoffs since the moment the four-team structure was announced, and they’ve only grown louder after seeing undefeated Group of Five programs continuously denied a seat at the table, but the annual shows of supremacy by Alabama, Clemson and Ohio State has taken some of the wind out of the argument.

Why invite eight teams to the playoffs when the fourth has regularly been a sacrificial lamb for the top three programs?

Alabama and Clemson are tied for most CFP appearances with six apiece. Ohio State is tied for third with Oklahoma with four appearances in the College Football Playoff, but the Sooners have lost each of their four contests while each of the “Big 3” is over .500 in playoff games.

Any way you slice it, it’s clear there are three teams at the top of the college football pecking order with the rest of the field desperately playing catch up.

With that being said, I would still like to see an eight-team playoff field in the coming years.

I understand the arguments against it; I just laid out some of my own. Is it likely Coastal Carolina upsets a couple of blue bloods on its way to a title? No. But I’d love to see them try. Boise State’s improbable run under Chris Petersen from 2006-12 was incredibly fun to watch.

And I don’t buy the contention that an extended playoff devalues the regular season. That bridge has already been crossed, my friends. It would require extraordinary circumstances for a one-loss Alabama or Clemson to be left out of the playoffs. I would argue a two-loss Tide likely gets in with the way the system is currently set up.

The playoff selection committee has shown little consistency in its criteria, but one constant has been the board’s insistence on picking what it deems to be the four best teams, which naturally lends itself to confirmation bias. Alabama, Clemson and Ohio State are routinely among the top 10 in signing classes, which is a big enough boost in its title odds without factoring the perceived talent of those classes into the “eye test” during the year.

But Cincinnati sure didn’t look out of place when it gave perennial recruiting power Georgia everything it could handle in the Chick-Fil-A Peach Bowl. At the very least, the Bearcats were no less worthy a fourth seed than a Notre Dame team that won 10 straight before losing a pair of games to Clemson and Alabama by a combined score of 65-24.

We may just be trying to rearrange the deck chairs on the Titanic though. Alabama, Clemson and Ohio State have clearly proven to be the cream of the crop in college football. Everyone else might just be competing for fourth.

Oil began leaking Thursday from the shipwrecked Golden Ray and into the St. Simons Sound, viewed by experts as a sad inevitability as work progressed to cut free the vessel’s engine section.

For a lot of folks, dressing up, styling hair, and wearing fancy ma… Read more

Ships that Sail the Golden Isles

Wedding days should be picture-perfect

“After all these years, I still look at my wedding photos daily. Th… Read more

Creating precious moments in a nursery

Women and sports: They just belong

Spoiler alert: Women are taking over the sports media industry, one… Read more