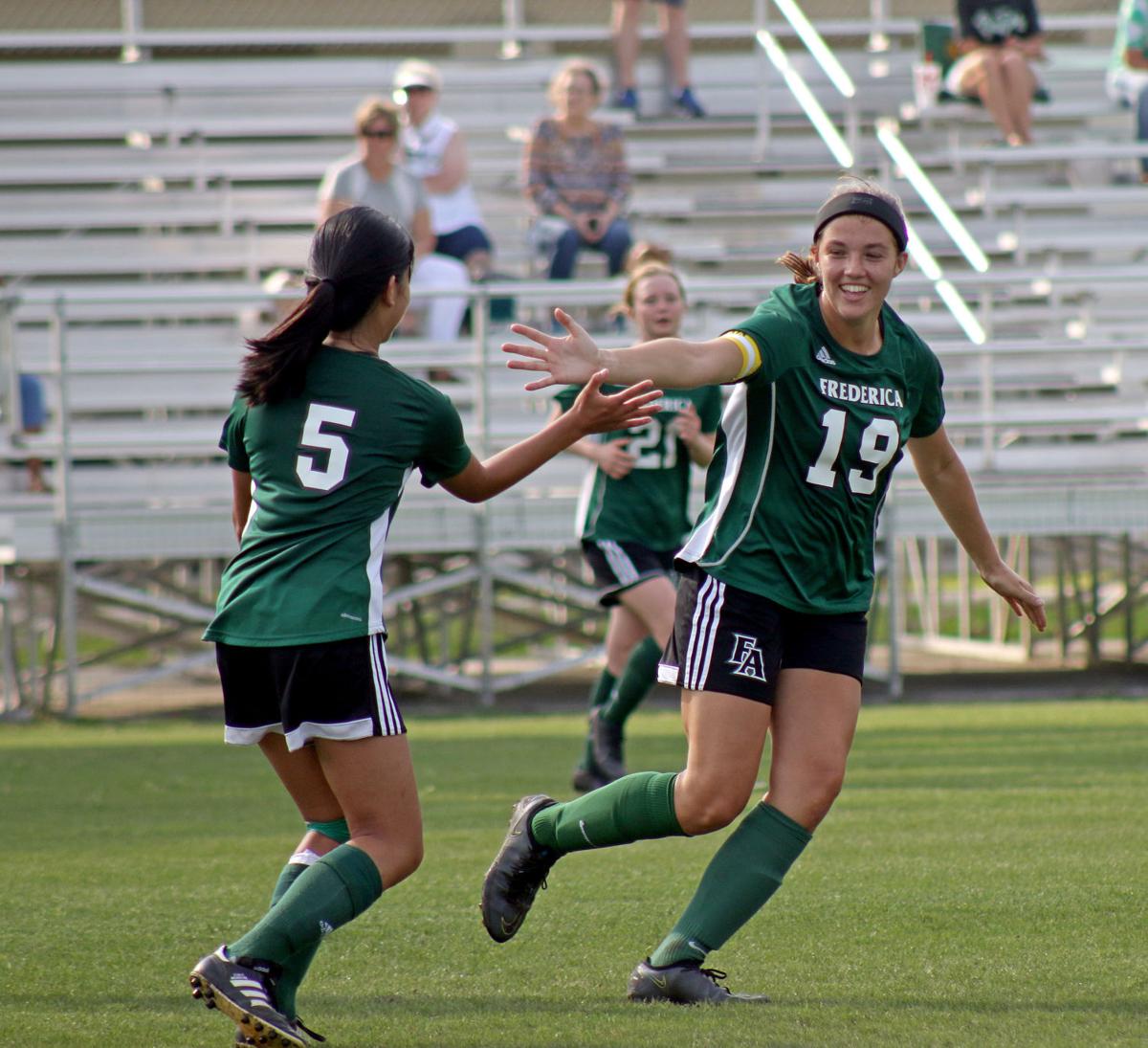 Frederica Academy's Cate Seymour celebrates after scoring a goal against Gatewood on Monday in the first round of the GISA state playoffs. 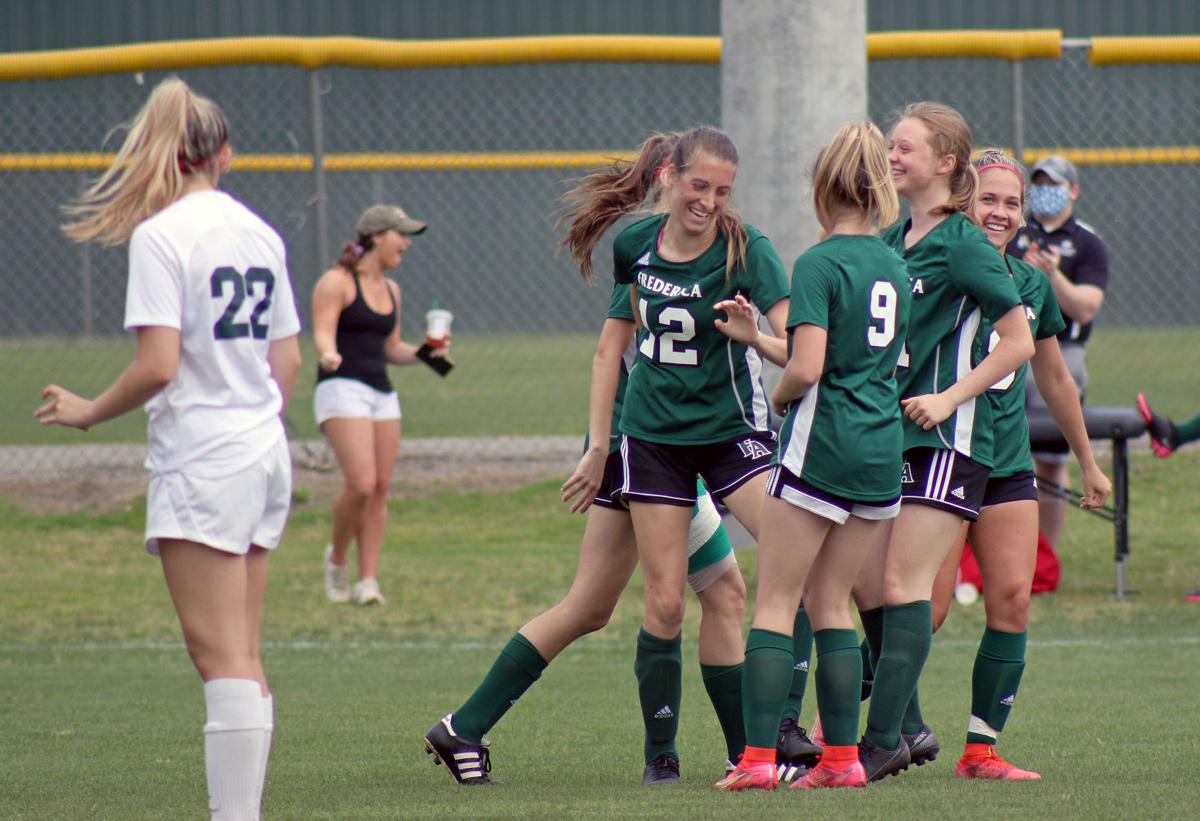 Frederica Academy players celebrate after scoring a goal against Gatewood on Monday in the first round of the GISA state playoffs. 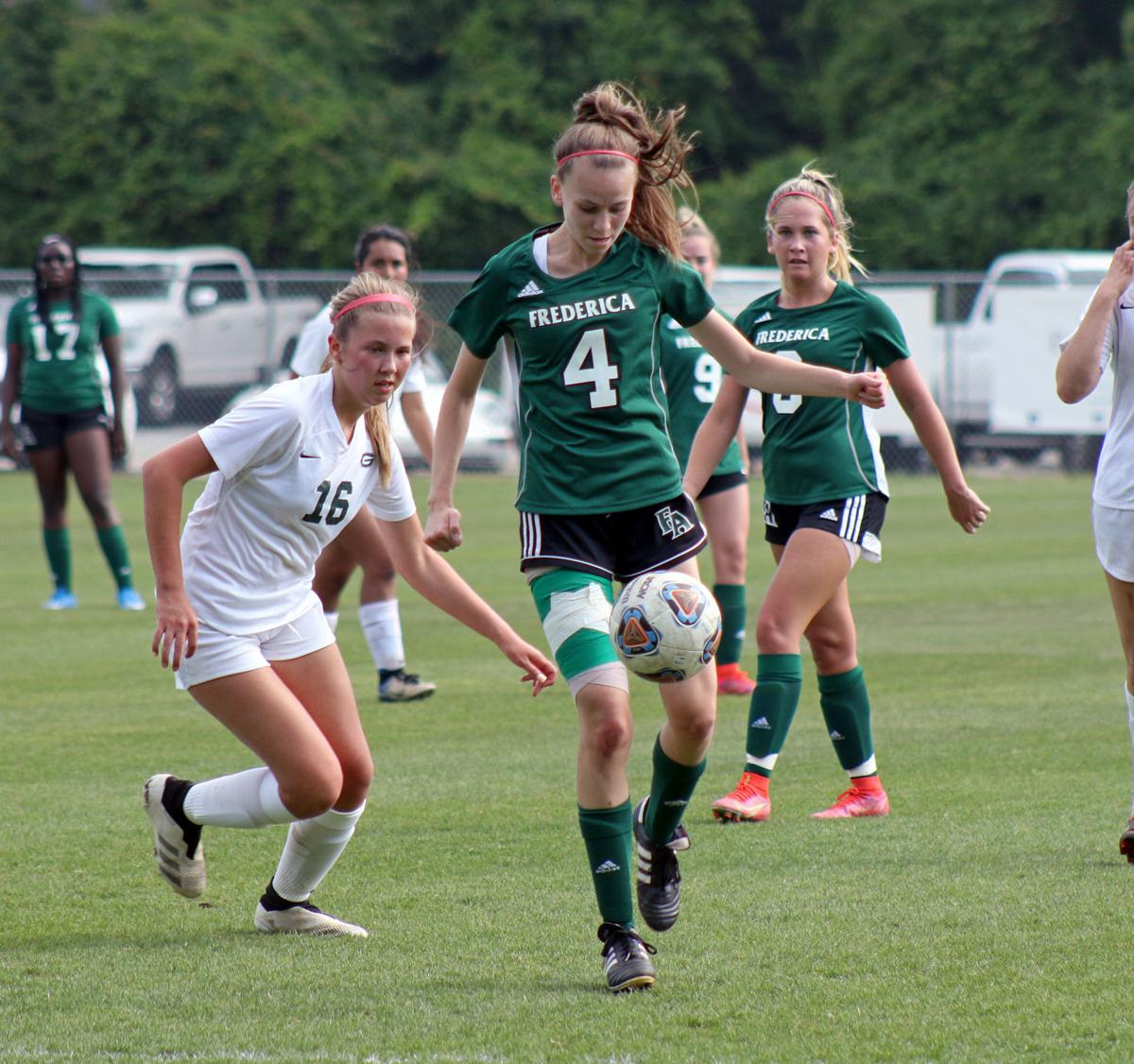 Frederica Academy's Katie Eckert competes against Gatewood on Monday in the first round of the GISA state playoffs. 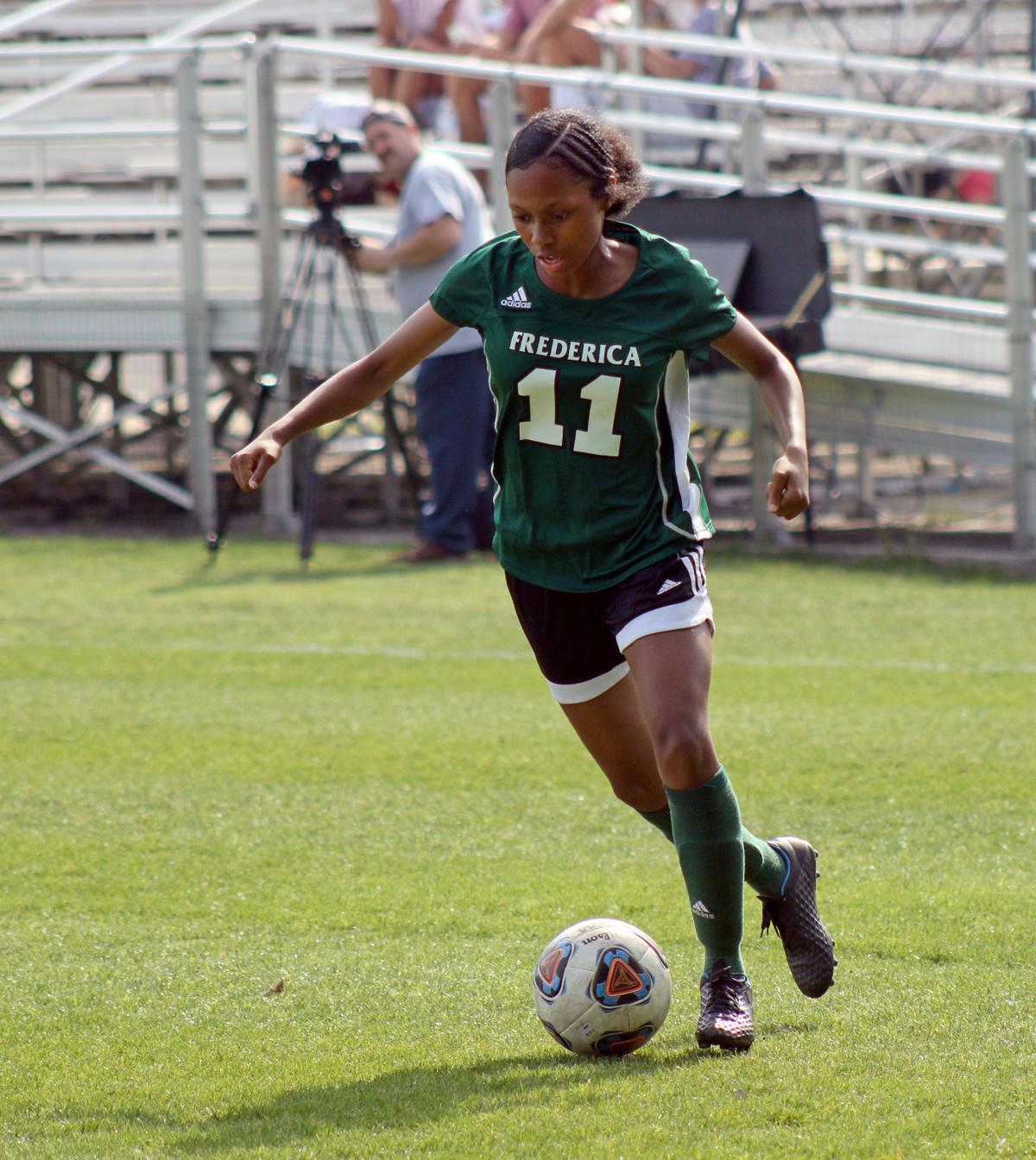 Frederica Academy's Cate Seymour celebrates after scoring a goal against Gatewood on Monday in the first round of the GISA state playoffs.

Frederica Academy players celebrate after scoring a goal against Gatewood on Monday in the first round of the GISA state playoffs.

Frederica Academy's Katie Eckert competes against Gatewood on Monday in the first round of the GISA state playoffs.

A stalwart defensive performance carried the Frederica Academy girls to a 3-0 victory over Gatewood in the opening round of the GISA soccer state playoffs Monday.

The Knights took the lead a little more than two minutes into the match on a shot from Kate Head that found its way through the keeper’s legs, and they were hardly threatened the rest of the way.

Frederica smothered Gatewood defensively, allowing just one shot on goal — a slow-rolling ball into the arms of keeper Sophia Price — in 80 minutes of game time.

The stingy defensive effort has become a staple of for the Knights this season throughout their undefeated run through Region 2-3A.

“I think our defense has been really good all year; a lot of it goes down to leadership back there,” said head coach Gabe Gabriel. “Our captain senior Cate Seymour has been really good for us at center back this year, and it’s kind of how I like to build teams with a strong base and spine and build forward.

“I thought we’ve been good all year, and it continued this game.”

But Frederica soon found more offense from Josie Brock, who lofted a kick over the outstretched arms of the Gatewood keeper to extend the advantage to 2-0 with 26:02 until halftime.

Holding a comfortable lead, the Knights were content to bleed out the clock, making occasional forays near the goal, and preventing any shift in momentum.

Gatewood made its only shot attempt with 27 minutes remaining in the game, and fewer than two minutes later, Seymour put the game out of reach with a score off a free kick.

With the win, Frederica advances to the second round of the state playoffs, where it will play the winner of Tuesday’s matchup between Brookwood and Terrell. If Terrell wins, Frederica Academy will host the next round this weekend. Otherwise, it will hit the road to play Brookwood in Thomasville.

Either way, it will be imperative that the Knights heal up some lingering bumps and bruises.

“Coming down to the end of it, it’s a long grind, so we’ve got a couple girls dealing with those nagging injuries,” Gabriel said. “It’s just making sure they do the right things with our trainer Adam Norman, and rehab, rehab, and taking care of their bodies right, and managing the training how he best sees fit to give them the best chance to play the full match.”