Sign Up
Log In
Purchase a Subscription
You are the owner of this article.
Edit Article Add New Article
You have permission to edit this article.
Edit
Welcome, Guest
Home
FULL MENU
News
Life
Sports
Obits
e-Edition
Classifieds
Jobs
Events
Subscribe
doc. 21/22
1 of 5 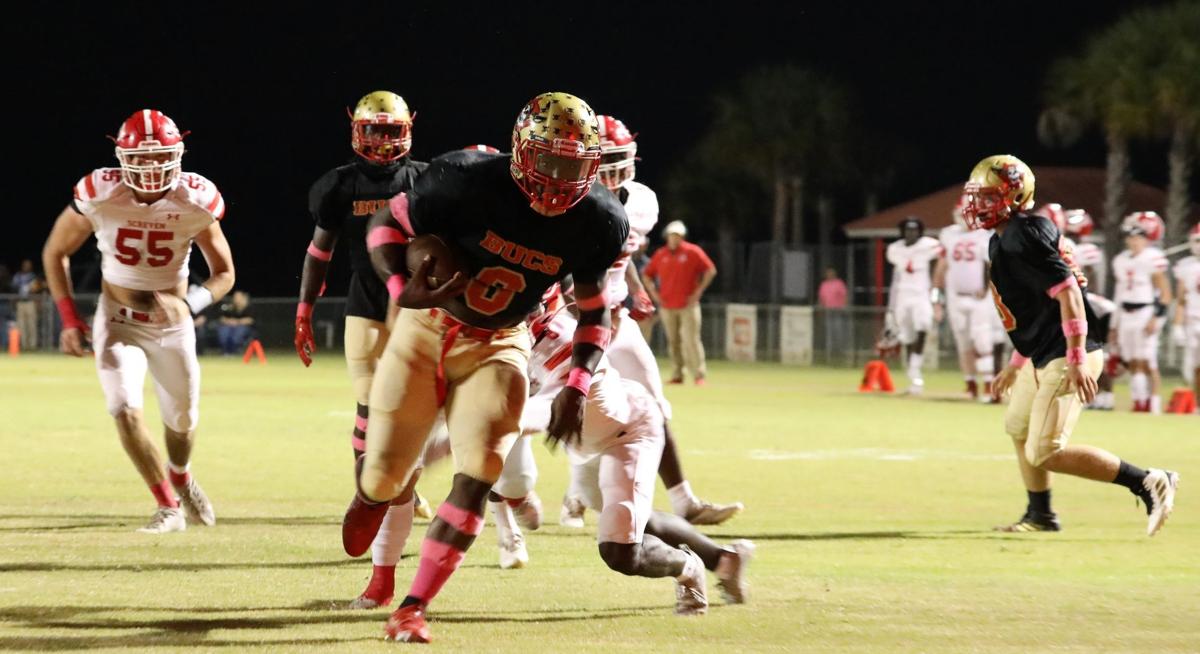 McIntosh County Academy’s Will Jones carries the ball against Screven County in Darien earlier this season. 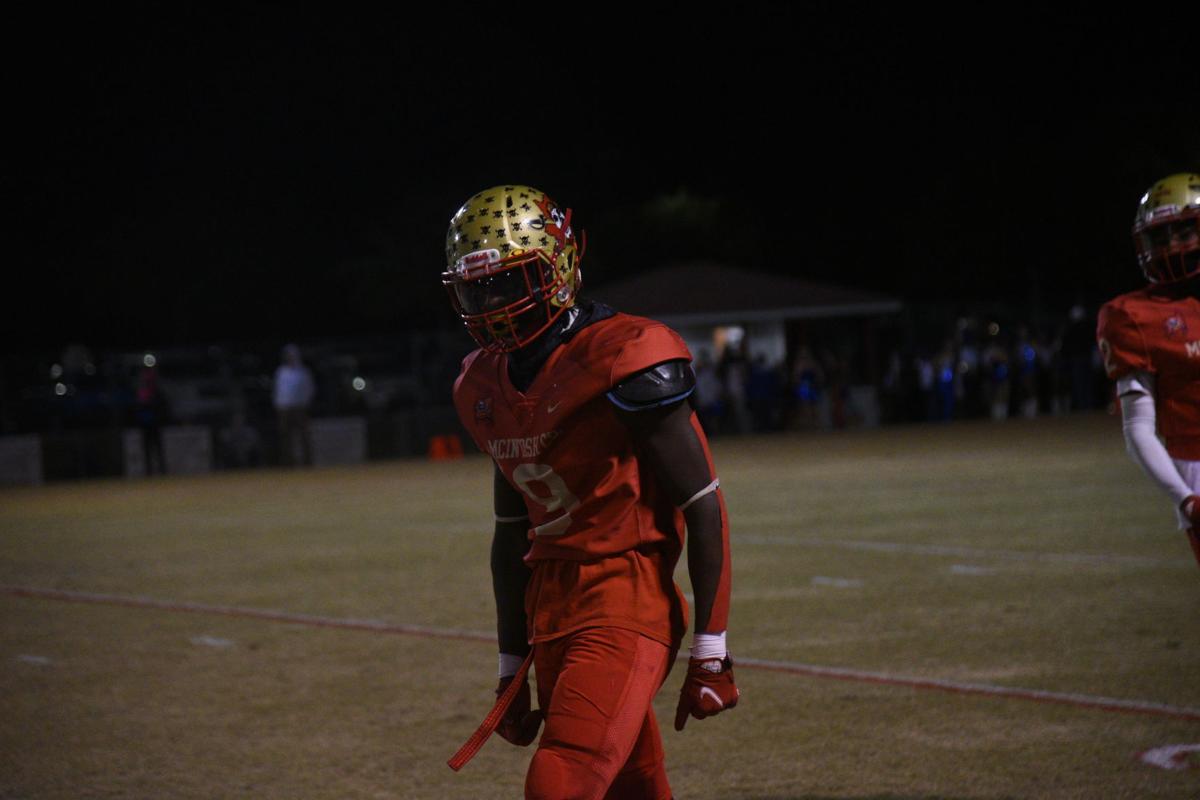 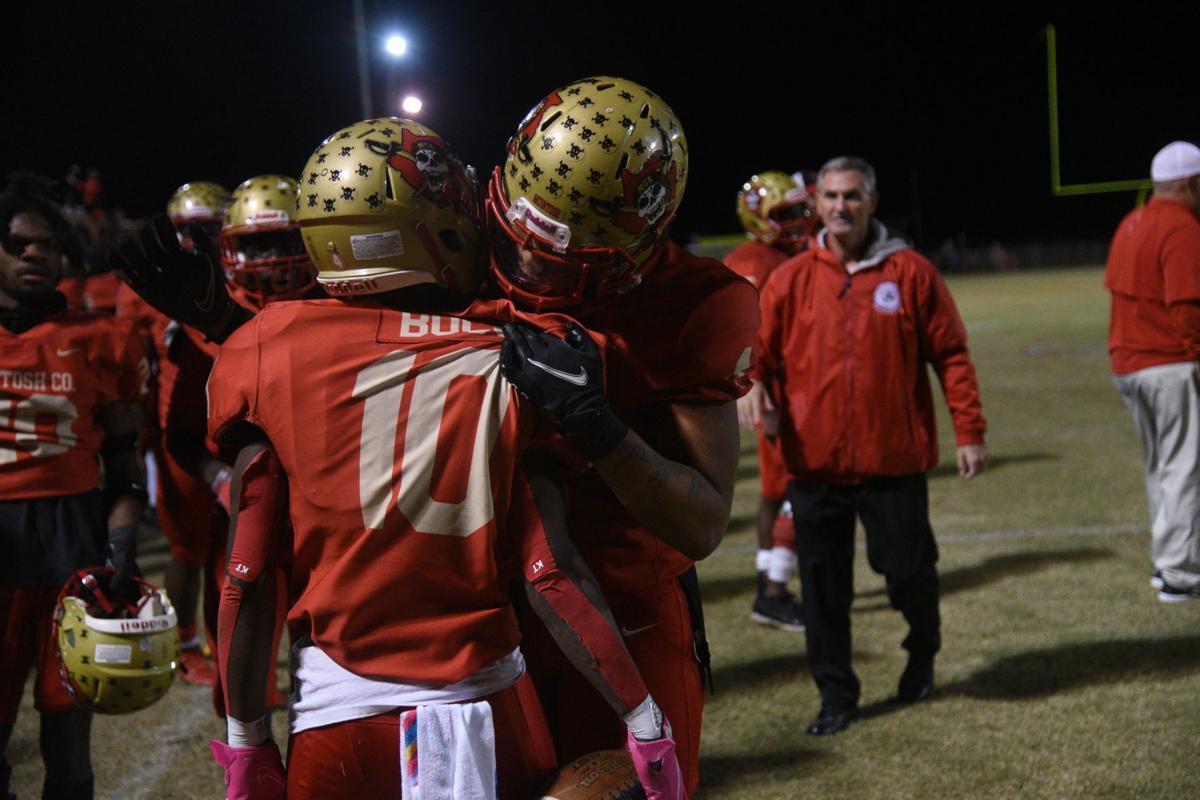 McIntosh County Academy's JaReese Campbell hugs Nehemiah West after the interception at the end of regulation to force overtime in a second-round game against Manchester. 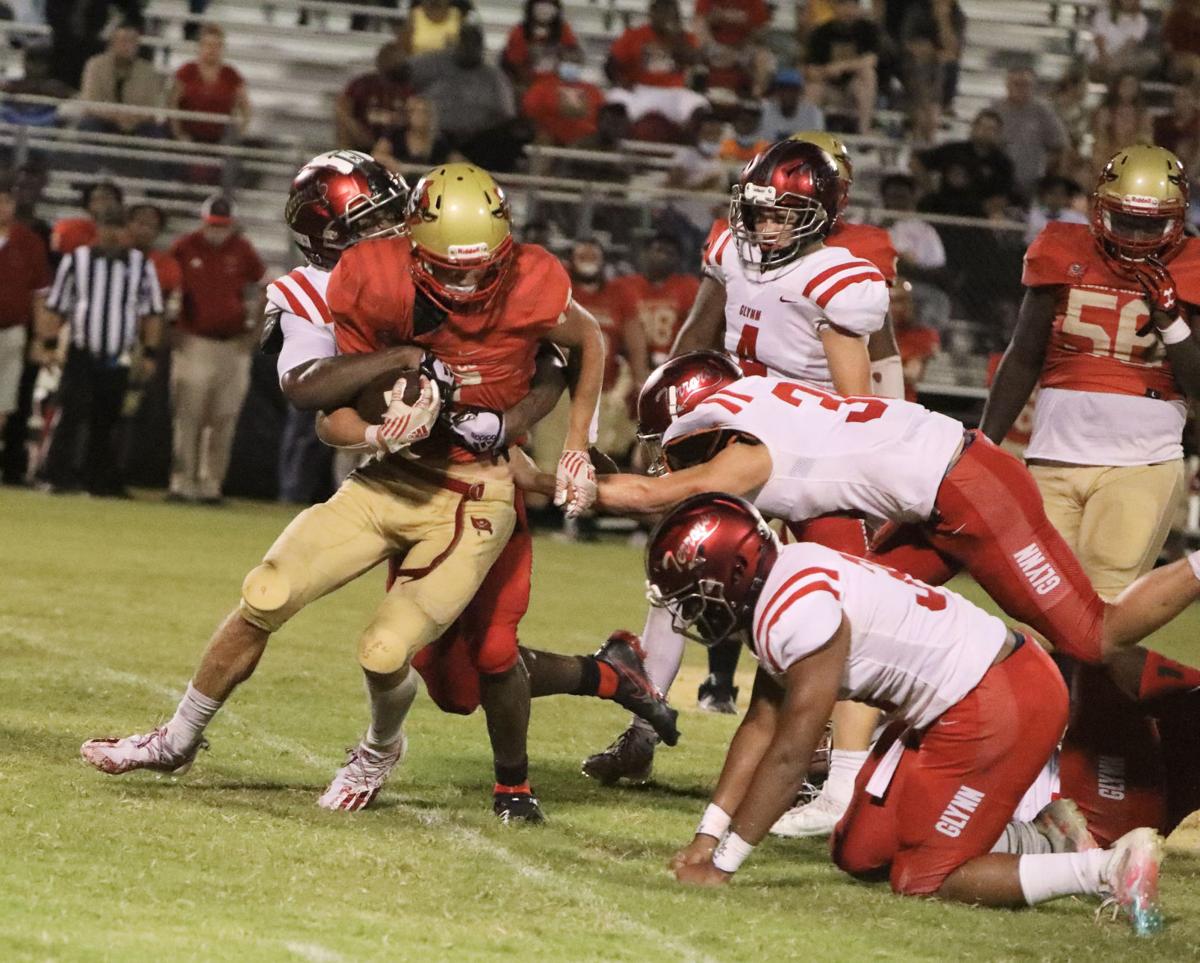 McIntosh County Academy’s Austin Crosby carries the ball against Glynn Academy earlier this season at The Ship in Darien. 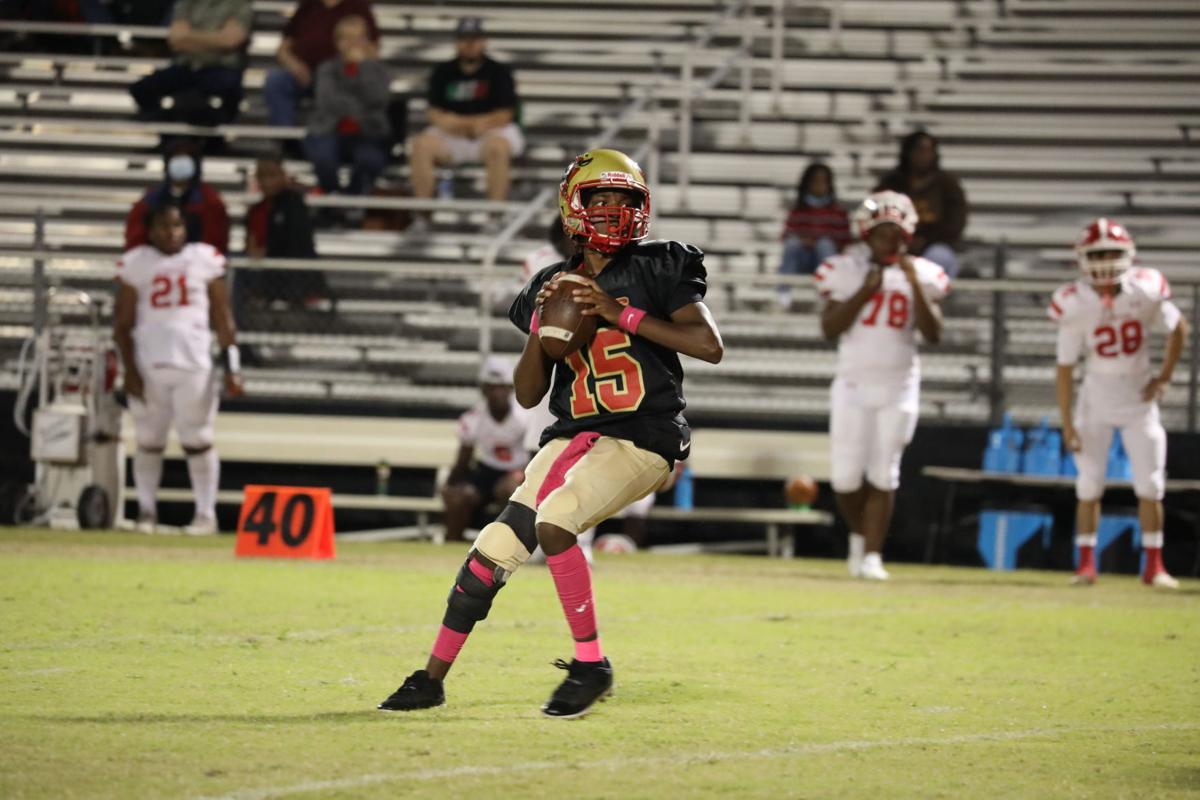 McIntosh County Academy’s Will Philmore looks to throw against Screven County on Friday in Darien.

McIntosh County Academy’s Will Jones carries the ball against Screven County in Darien earlier this season.

McIntosh County Academy's JaReese Campbell hugs Nehemiah West after the interception at the end of regulation to force overtime in a second-round game against Manchester.

McIntosh County Academy’s Austin Crosby carries the ball against Glynn Academy earlier this season at The Ship in Darien.

McIntosh County Academy’s Will Philmore looks to throw against Screven County on Friday in Darien.

A salty defensive unit carried McIntosh County Academy to the second round of the state playoffs for the first time since 2016. Nine key members of that defense were among the 13 Buccaneers recognized by selections to the All-Region 3-A Public teams with do-it-all defender Will Jones leading the pack as the Defensive Player of the Year.

One of the top defenses in the classification, MCA held opponents to 13.5 points per game while recording three shutouts on the season.

“We pieced together a really good defense this fall,” said Buccaneers head coach Bradley Warren. “We learned to use our speed. We changed the fronts a lot; we were interchangeable, had a couple of adjustors on defense.

“I was real pleased with the way that was led, and Will was obviously one of the main players on the front.”

Playing all along the defensive line, Jones finished second on the team with 65 tackles with 10.0 tackles for a loss and 3.0 sacks. The senior also rushed for nearly 500 yards and a team-high 12 touchdowns.

Defensive end/linebacker Quan Proctor earned First Team honors as one of the Buccaneers’ most important players. The senior notched 48 tackles, 9.0 tackles for a loss, and 5.0 sacks while chipping in 345 rushing yards at 8.0 yards per carry and three touchdowns on the offensive side of the ball.

Joining Proctor on the First Team is junior linebacker Lake Linton, who was the most prolific tackler on the team with 109 total stops, 10.5 tackles for a loss, 2.0 sacks and two forced fumbles. Junior strong safety JaReese Campbell recorded 36 total tackles, 5.5 tackles for a loss, and senior Jalen Rogers made 24 tackles as the team’s primary corner.

On the offensive side of the ball, senior running back Austin Crosby earned First-Team honors by rushing for a team-high 561 yards and four touchdowns, as did junior offensive lineman Daniel Rush, who helped the Buccaneers average 22 points and 217.3 rushing yards per game at 5.7 yards per carry this season.

Junior Danny Thomas also received recognition for his contributions along the McIntosh County Academy offensive line as a member of the All-Region Second Team, where he was joined by junior quarterback Will Philmore, who passed for 556 yards and eight touchdowns as the signal caller in the Buccaneers’ wing-T offense.

The rest of MCA’s second team members chipped in on offense, but they made their bones defensively. Senior free safety Colby Reed hauled in five passes for a team-high 208 yards and three scores in addition to his 46 tackles on defense.

Junior linebacker LaDerrious West also recorded 121 rushing yards and a score in addition to 45 tackles, 2.5 tackles for a loss, and 1.5 sacks.

“We had a good little defense,” Warren said.