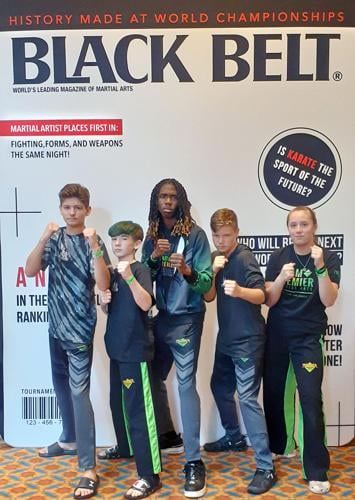 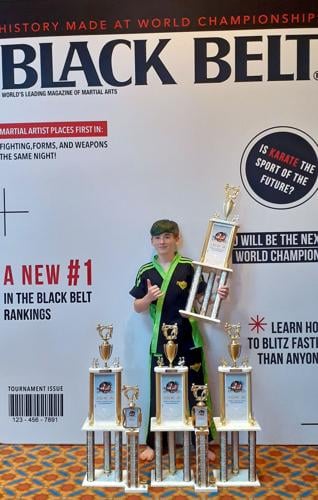 The Coronado Springs Resort at Walt Disney World in Orlando was the site of some high level martial arts as it played host to the 2022 U.S. Open ISKA World Martial Arts Championships from June 30 to July 2.

Competitors from all over the world descended upon Florida for the annual tournament, which features athletes of all skill levels in a variety of divisions including sparring, weapons, forms, board breaking, and more.

The event was live-streamed worldwide with delayed broadcast both within North America and U.S. territories, as well as 57 countries in Europe, Asia, South and Latin America, Australia, and the African Continent worldwide, providing an international audience for five competitors from the local chapter of Premier Martial Arts.

With the U.S. Open ISKA World Martial Arts Championships representing the highest rated event any of the students have ever competed in, the Premier Martial Arts team put on a show, led by head instructor Donovan Jones, who competed in the 18+ Class AA Black Belt Men’s Musical Weapons Division with a double sword.

Before the tournament, Premier Martial Arts students Gabi Beecher and Lawson Cofer both attended a three-hour training camp hosted by the esteemed members of the elite Team Paul Mitchell, the longest-running and most prestigious team in the sport.

Tree board inactive due to lack of quorum

The Glynn County Tree Advisory Board has been inactive for more than three years because there are not enough appointed members to constitute a quorum to vote on issues.

Motorists who like what they see at gas outlets might want to start looking the other way.

Golf carts will be among the main topics planned for discussion at a town hall meeting Wednesday on St. Simons Island.

A government agency wants to expand federal protection of the North Atlantic right whale off the nation’s East Coast.

The Camden County Animal Shelter is ranked in the nation’s top 100 in a category that won’t make animal lovers happy.

With the holiday season only four months away, the Brunswick Downtown Development Authority plans to begin the programming and installation process of over 80,000 holiday lights next week.