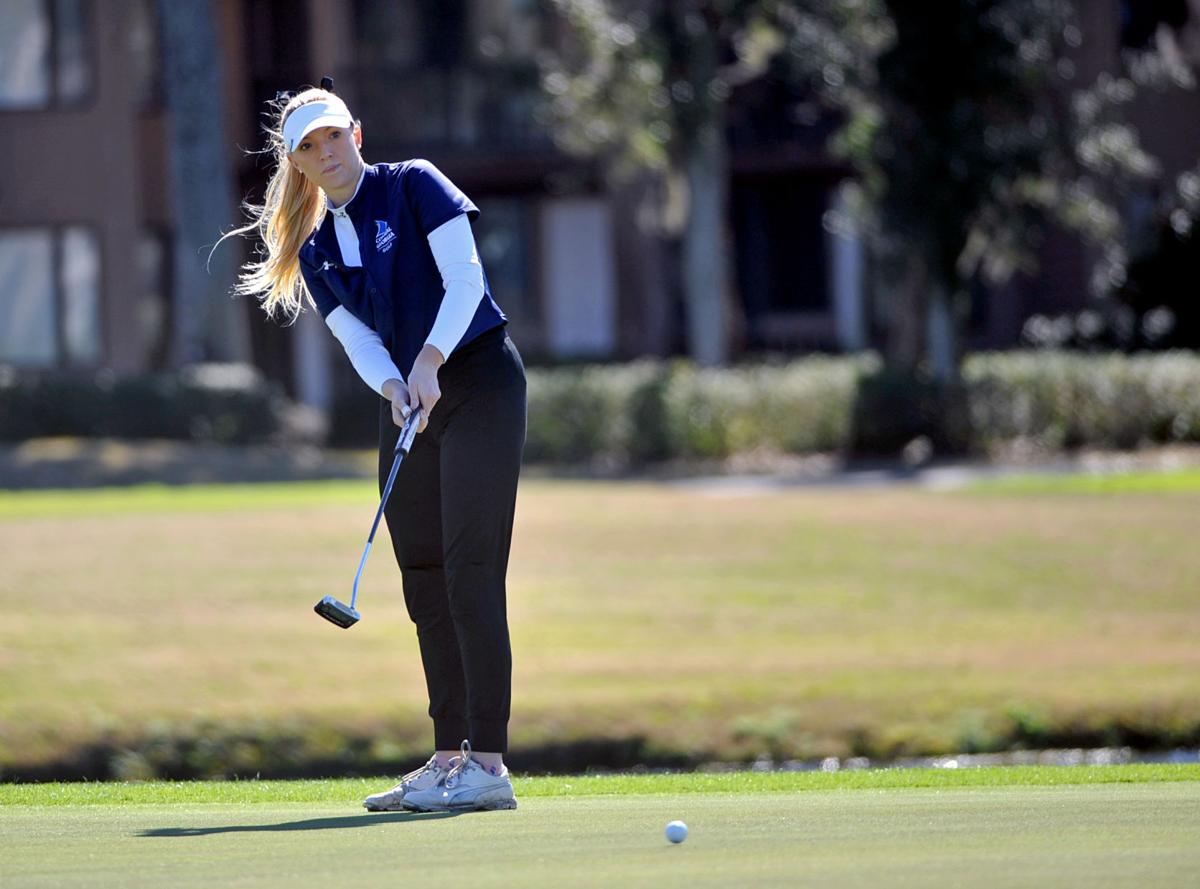 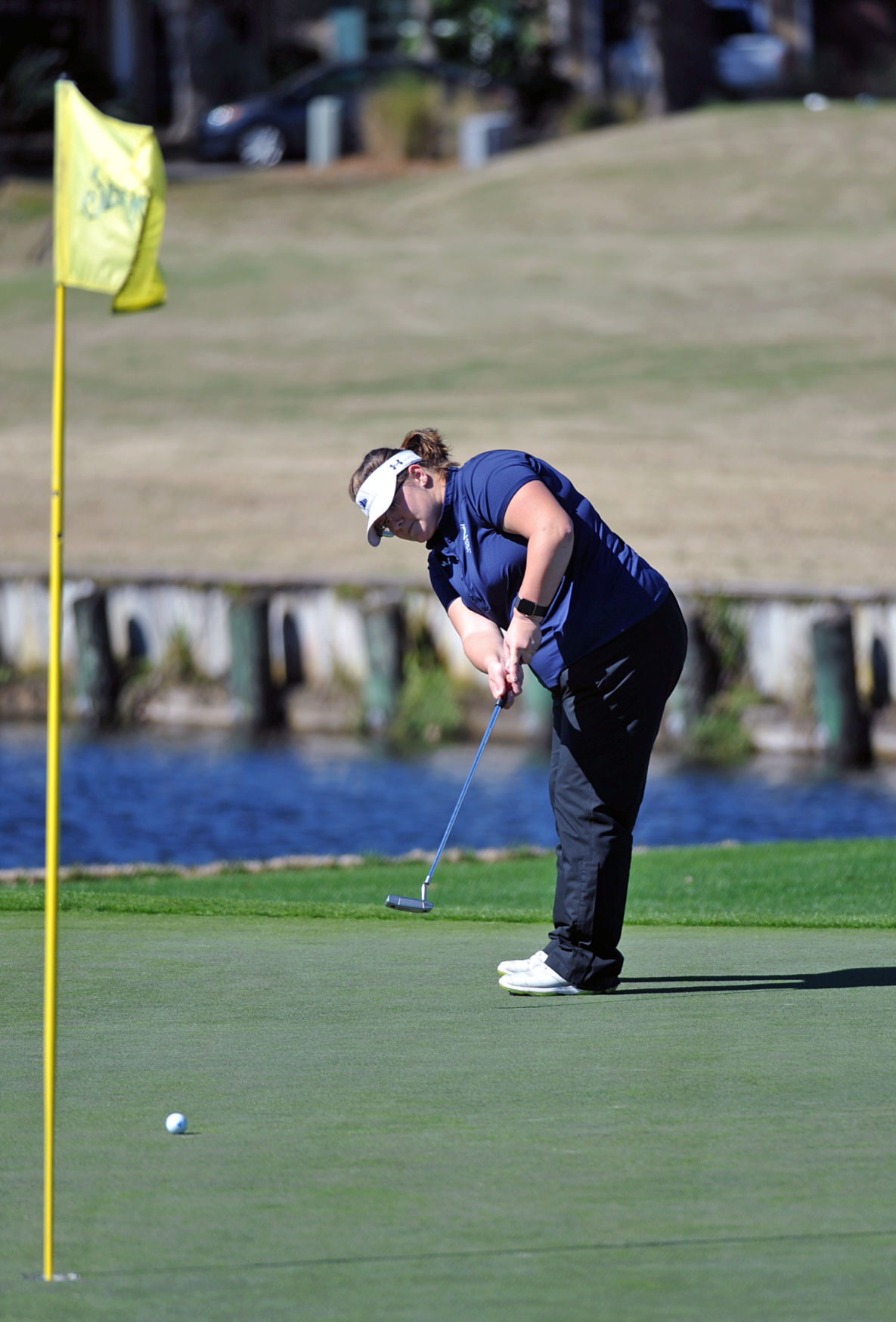 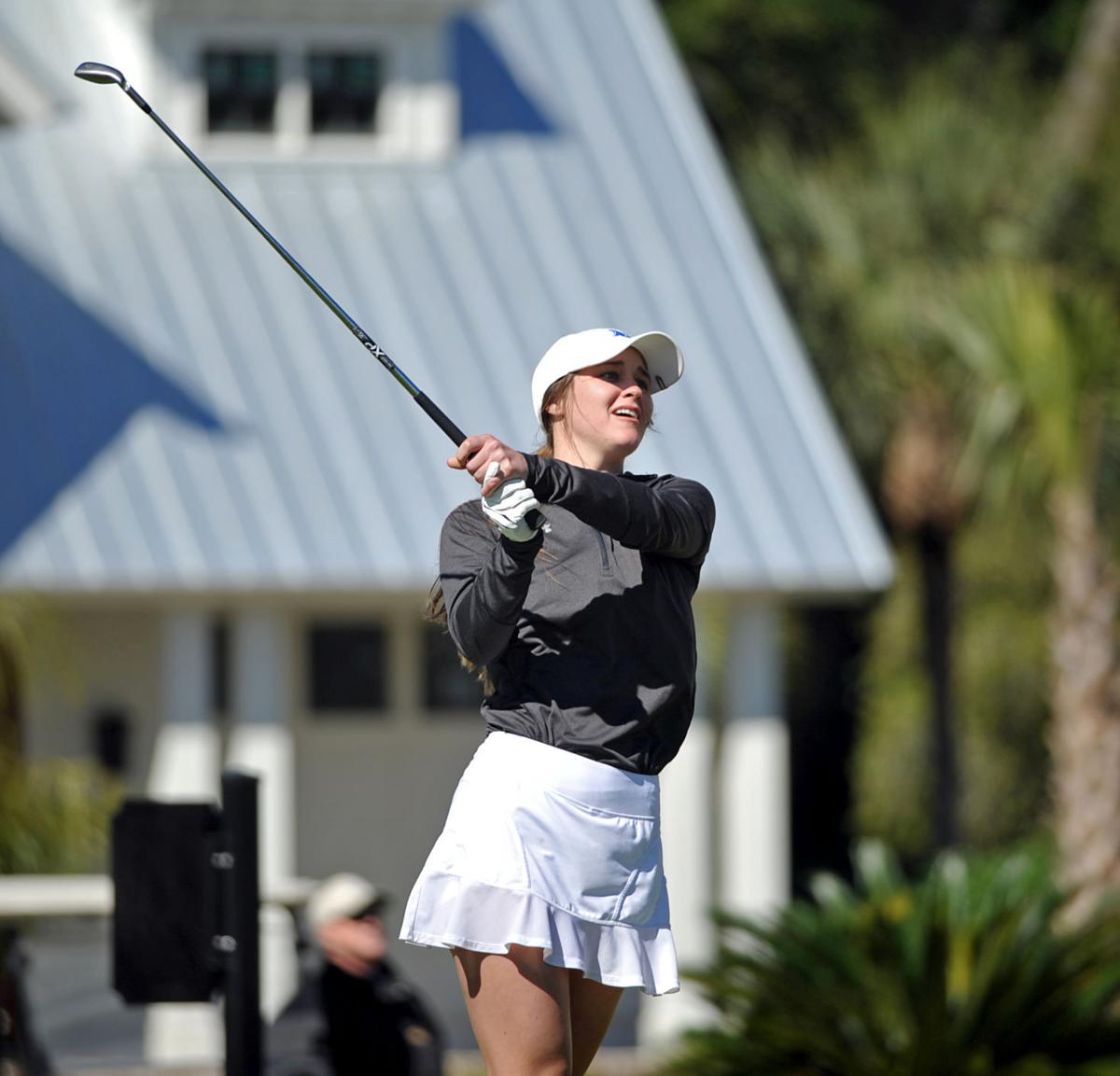 Coastal Georgia’s Kristen Crooms tees off during the Mariners’ Winter Invitational at Sea Palms this season. 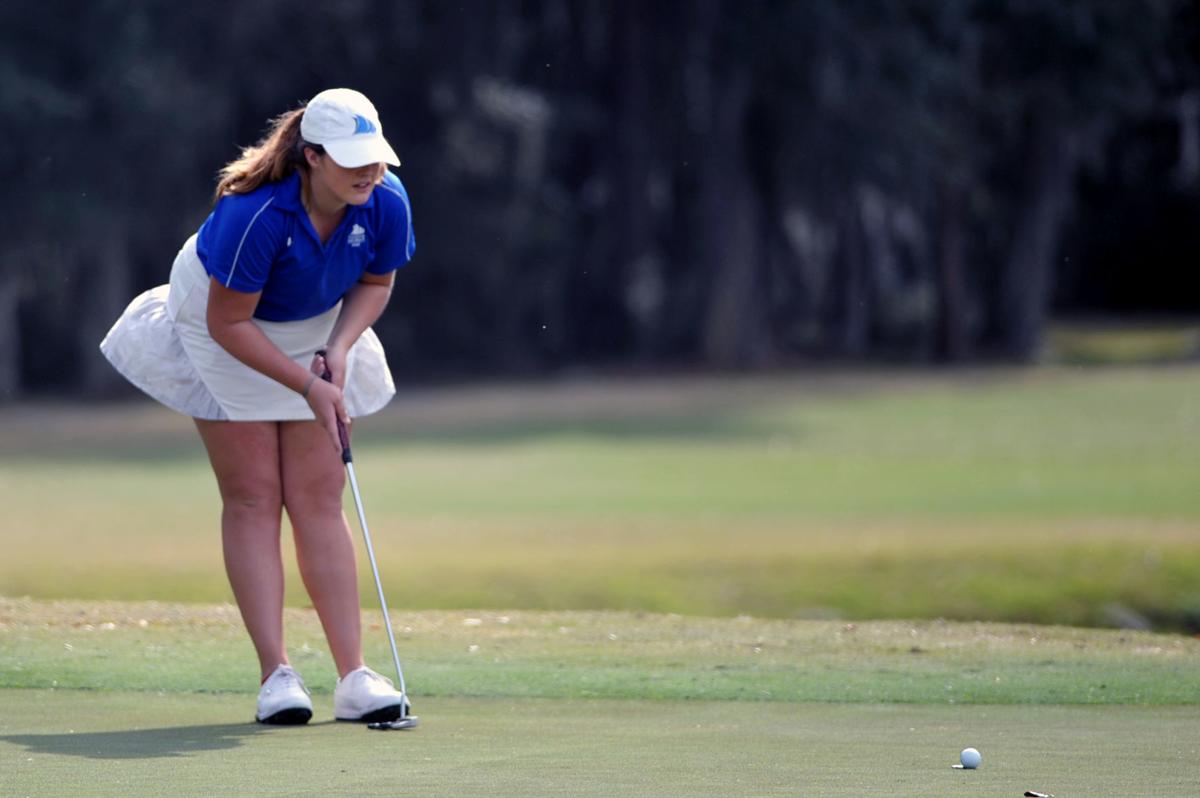 Coastal Georgia’s Megan Thompson eyes the hole during the women’s Winter Invitational at King and Prince Golf Course this past season.

Coastal Georgia’s Kristen Crooms tees off during the Mariners’ Winter Invitational at Sea Palms this season.

Coastal Georgia’s Megan Thompson eyes the hole during the women’s Winter Invitational at King and Prince Golf Course this past season.

Coastal Georgia women’s golf finished fourth in the Sun Conference Championship at the LPGA International-Jones Course in Daytona Beach, Fla., on Tuesday as the Mariners finished +49 through three days of play.

Keiser University won the title for the second straight year after posting a +8, beating the field by 15 strokes. In second place was Southeastern University at +23 and in third SCAD-Savannah at +29.

Coastal Georgia opened the tournament shooting a record-low 300 on Day 1. They shot a 305 on Day 2 and closed out the event with a 308 on the final day.

“I’m really proud of the girls,” said Coastal Georgia coach Nicole Johns. “The first round of conference, we broke the lowest 18-hole team score shooting 300. We have really been working hard on our short game, and it showed this week. Our conference tournament was the best golf we have played all year”

Keiser’s Michela Tjan won the individual portion of the tournament with a 9 under score after shooting 68-66-73 to combine for a 207 total. She defeated Ariana Castro from SCAD-Savannah by four strokes as she finished 5 under on the tournament.

Coastal Georgia’s high finisher was Megan Ramer, who placed tied 11th with Keiser’s Serra Evrengil at 8 over. Ramer shot a 72 on Day 1, 74 on Day 2 and finished the tournament with a 78 on Tuesday.

Kelly Buker rounded out the Mariners as she placed 25th in the tournament at 29 over. She shot an 82-84 the first two days, then rallied to shoot a 79 on the final day to secure her placing.

The Mariners had 30 birdies as a team through the three day event and made 148 pars.

The Mariners will graduate three of the five starters in Elder, Ramer and Thompson. Kinsley Dowling is the final senior that’ll be graduating.

Coastal will return Zara Alexander, Autumn Brown and Presley Smith, who’ll be rising seniors, along with starter Buker, who’ll be a junior. Rising sophomore and starter Crooms will also be back along with Emma Day.

The Mariners earned two victories this year as they won their first in October and most recently won the Bulldog Lake Sinclair Invitational on April 25. The Mariners also collected three third places and a total of seven top-fives on the season.

Since Coastal Georgia is No. 16 in the NAIA poll, they’ll wait and see if they receive an at-large bid for the National Tournament at Rose Creek Golf Course in Oklahoma City.