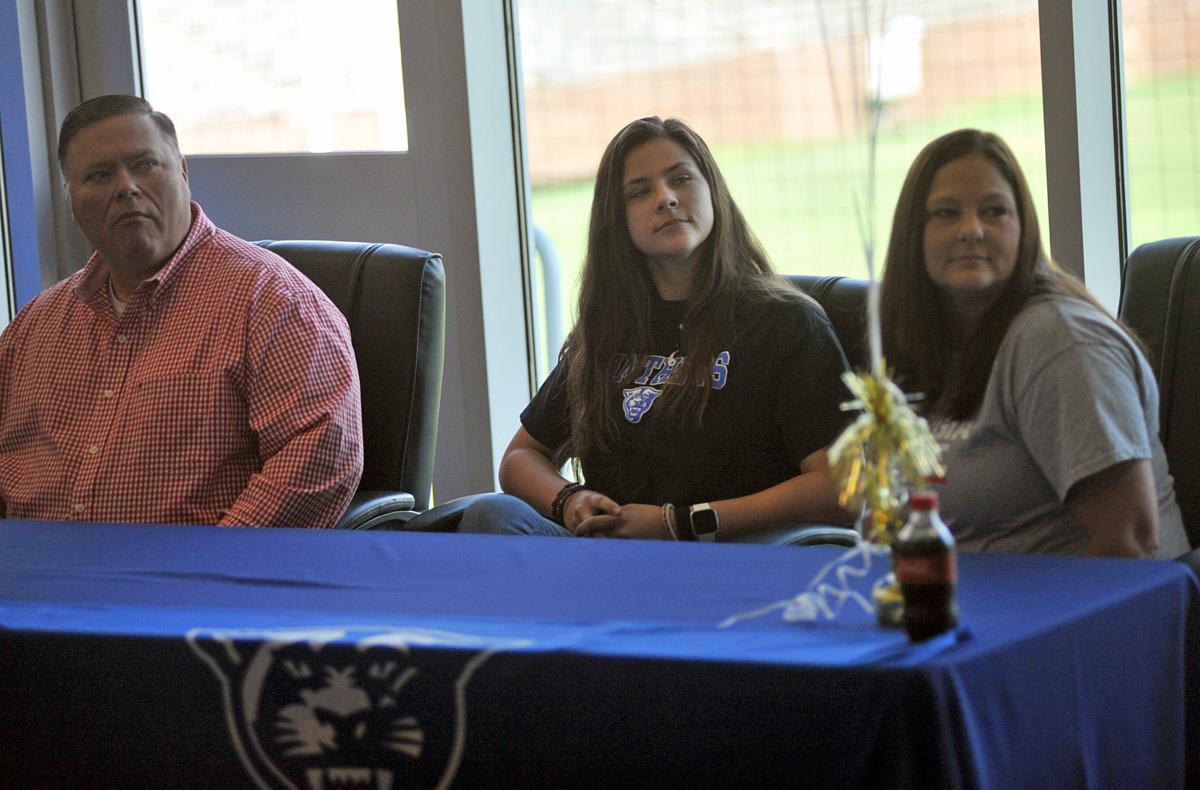 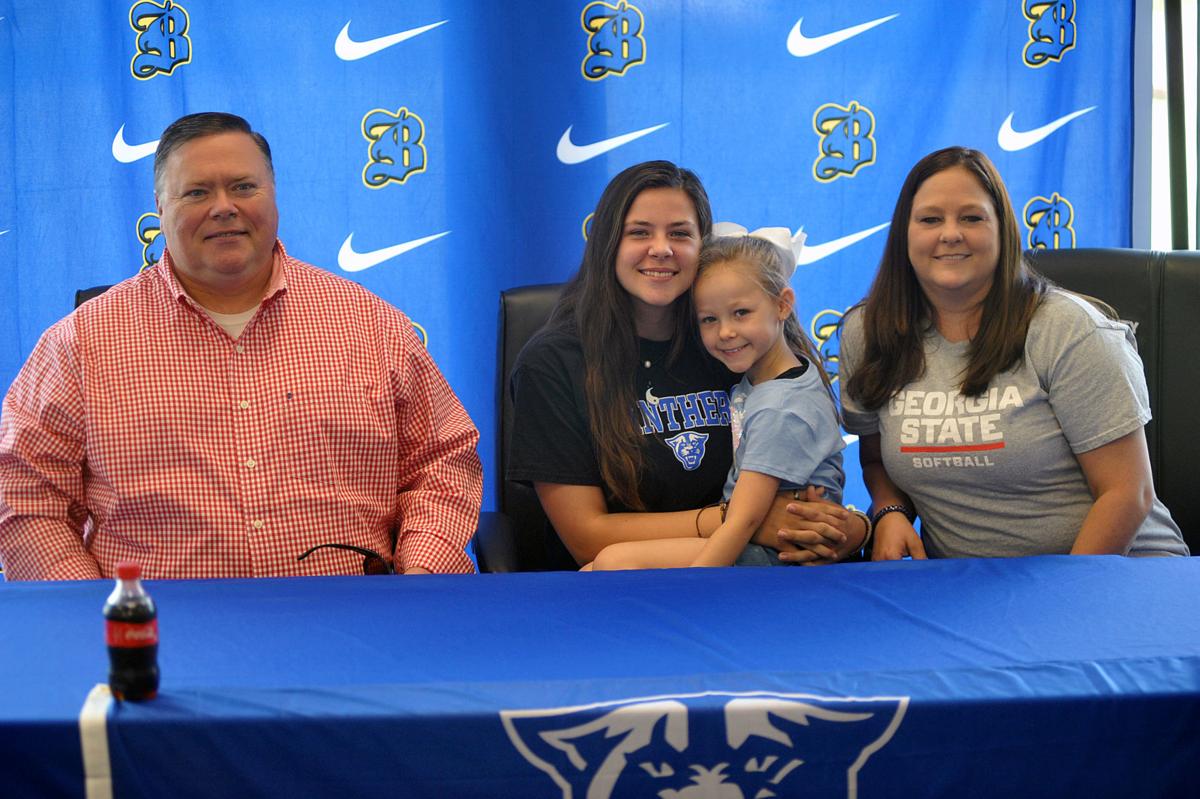 Brunswick High’s Alyssa Giles is joined by her family during a signing ceremony Friday at Glynn County Stadium.

Brunswick High’s Alyssa Giles is joined by her family during a signing ceremony Friday at Glynn County Stadium.

It’s been more than three years in the making, but Alyssa Giles is set to play softball at Georgia State.

Friends, family, teammates, coaches, and administrators converged at Glynn County Stadium on Friday to celebrate the commitment of the Brunswick High standout.

A First Team All-Region member the past two seasons and The News’ Softball MVP in December, Giles has powered the Pirates’ lineup, especially during a senior campaign that saw her lead the team in nearly every major statistical category.

Giles’ tremendous production helped Brunswick to its best softball season in recent history. Under first-year head coach Nicole Bailey, the Pirates went 10-14 and swept M.L. King in the first round of the Class 6A playoffs by a combined score of 21-0.

“For my senior year, it was kind of crazy having a new coach come in,” Giles said. “Honestly, with Coach Bailey, it’s just the vibe she give off.

Even more impressively, Giles upped her game when it mattered most, hitting a ridiculous .541/.622/.892 with 10 of her RBI in 12 games against Region 2-6A foes, including seven hits in 13 plate appearances in the series versus crosstown rival Glynn Academy.

Of course, Giles talent was no secret to Georgia State, which first began attending her games the summer of her freshman year.

“We were playing showcase tournaments with my travel team, and you always have to email college coaches, so I would email them, even if they wouldn’t reply back because they’re not allowed,” Giles said. “But I would email them probably two or three times before a tournament, give them the heads up, my schedule and everything, and finally Georgia State came along.”

From that time on, Georgia State kept a watchful eye over Giles and her progress, and she returned the interest. In fact, a sophomore Giles gave the Panthers a verbal commitment on her birthday, April 23, more than two years ago.

“I chose Georgia State because it’s close to family, they gave me a really good scholarship, I actually like the campus, and the coaches are lovely,” Giles said. “Oh my gosh, they’re so welcoming, and the whole team is like a family unit, so I was like, ‘I’ve got to go here.’”

Giles said she’s considered “an old granny” at Georgia State due to her long-time commitment, but she still hadn’t quite processed the reality of leaving coastal Georgia.

“Leaving Brunswick, it’s kind of surreal that I’m even leaving now,” Giles said. “It doesn’t even feel like I graduated. I just finished my college exams, and I’m like, ‘what in the world?’ I’m going to Atlanta. It’s kind of crazy.”