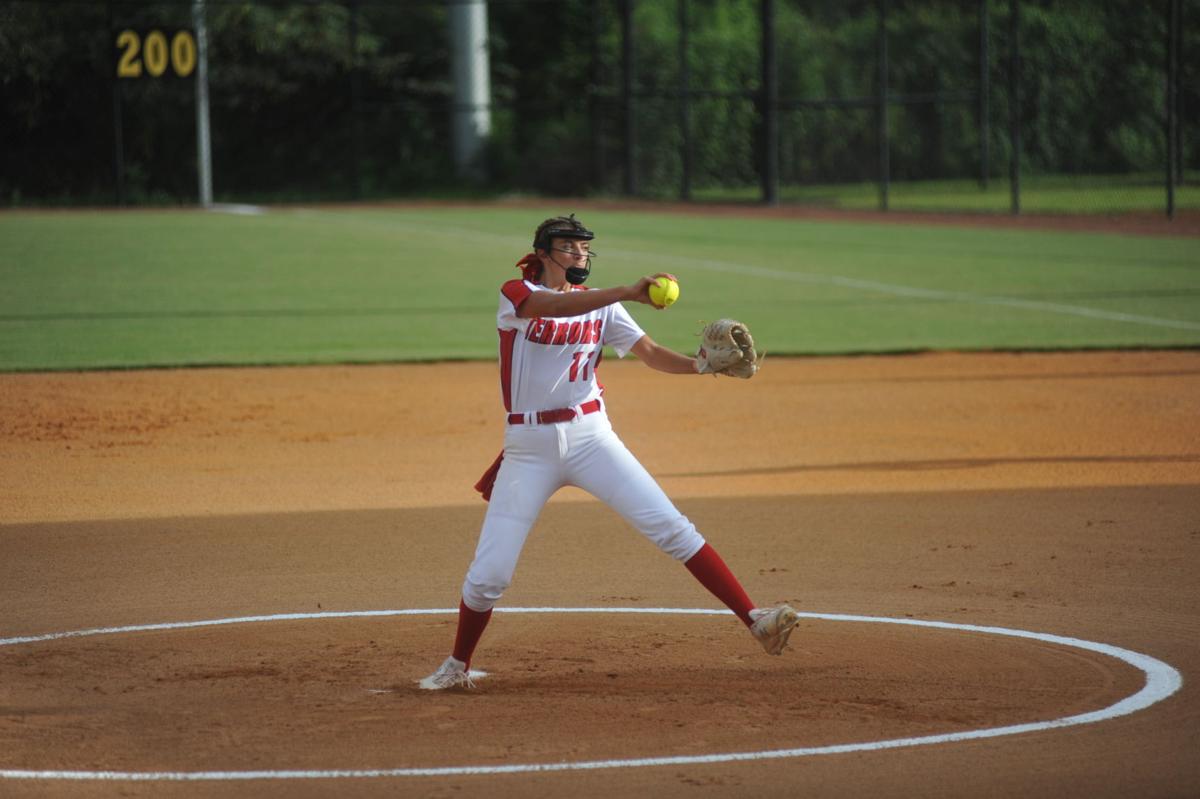 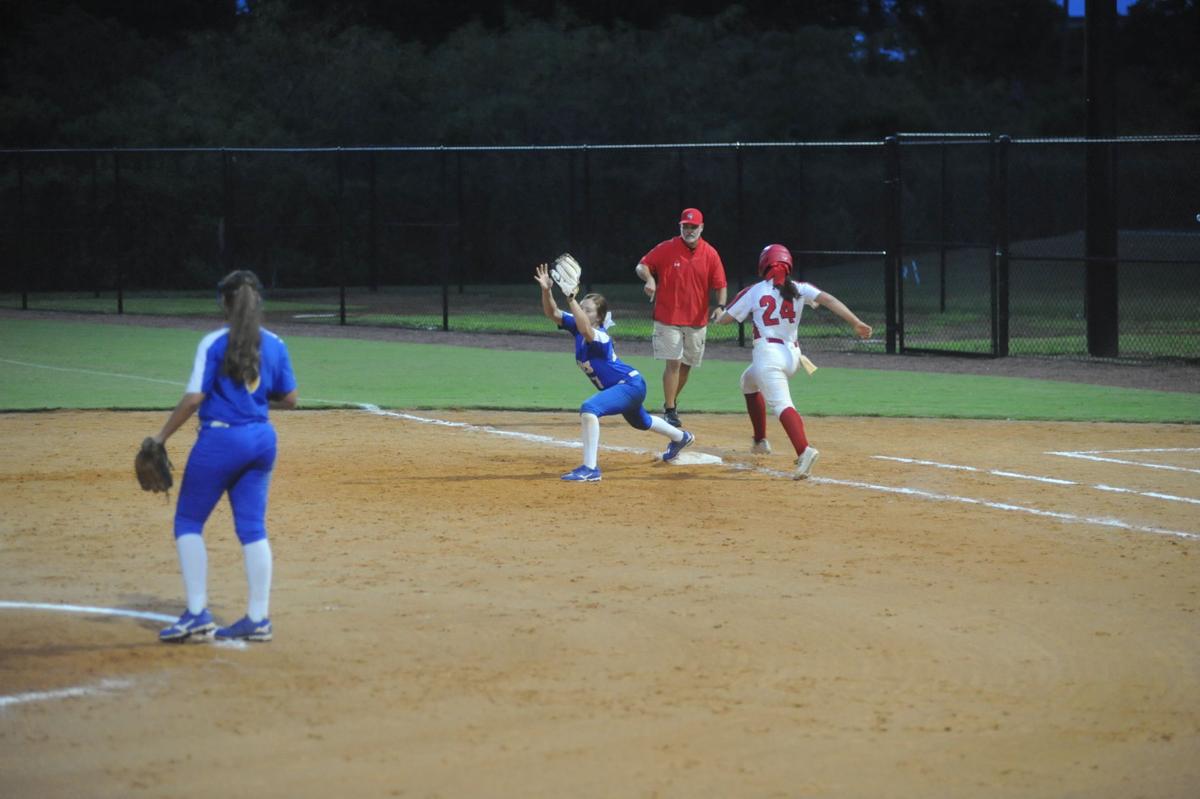 Brunswick High’s Anna-Kate Owens stretches for the final out in the team’s 2-1 win over Glynn Academy on Wednesday. 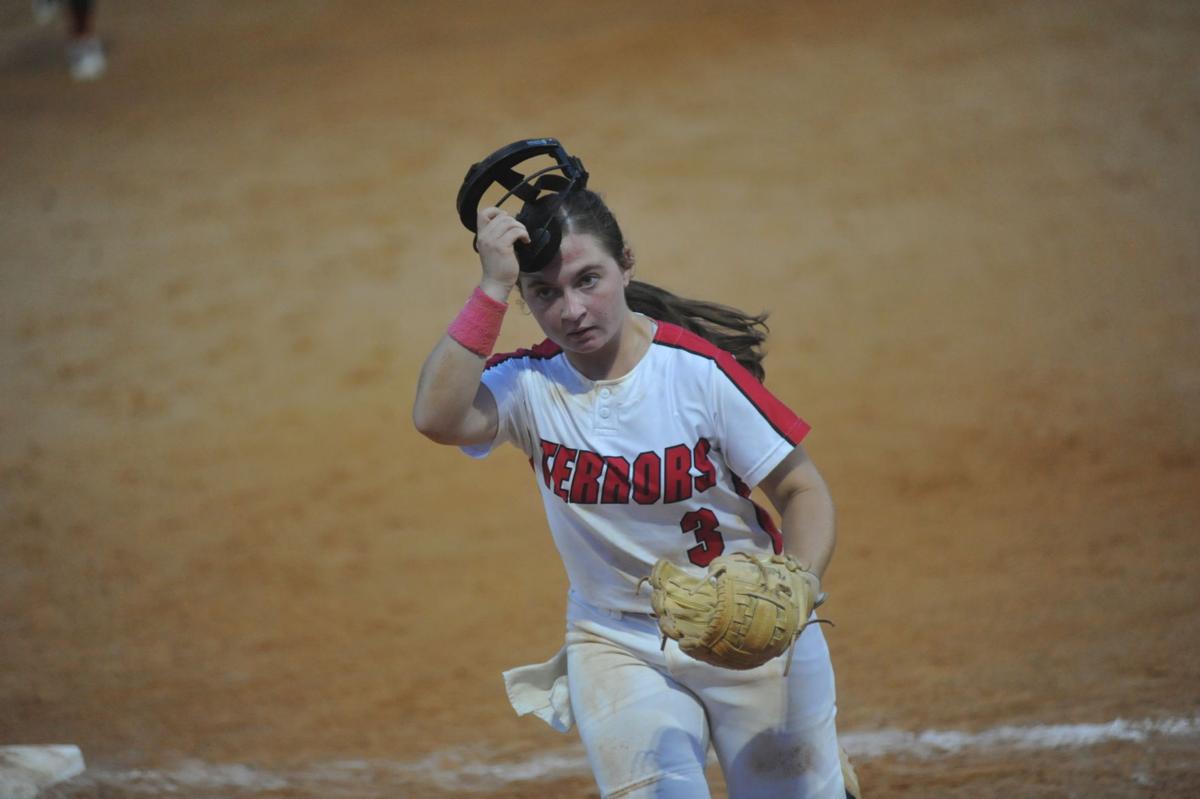 Brunswick High’s Anna-Kate Owens stretches for the final out in the team’s 2-1 win over Glynn Academy on Wednesday.

Brunswick (4-3) entered the bottom of the seventh inning leading 2-1 and just three outs away from secureing the win.

With a pair of runners in scoring position and two outs, Glynn Academy’s Bella Theus stepped up to the plate with the chance to be the hero fo the night.

Looking for a complete-game victory over Glynn Academy (5-5), Erica Bentley needed to deliver the right pitch to escape the jam. She found it.

Theus’ ground ball was snagged by shortstop Jayla Hollingsworth and her throw to first beat the runner for the final out.

Brunswick celebrated by rushing the mound and claiming the first win in the best of three series.

Brunswick head coach Kaylah Hall is in her first year on the job with just three months experience with her players. In that time, the Pirates have been learning to win the tough battles.

“The pride I feel for my team is probably unmatched to anything that I’ve ever experienced in my life,” Hall said. “The thing that we have been working with our team, we are so young, is working on what I called mental toughness. When things don’t go your way and you are put in a tight situation, how are you going to handle it? How are you going to react? Are you going to shut down or are you going to fight harder and go down fighting?

“Last night it finally clicked for my girls and they showed mental toughness. They showed that there is a runner on second and third, what are you going to do. Are you going to back down and say ‘Well it’s done’ or fight? They fought and the pride I feel for them is nothing I’ve ever felt before. It was such an emotional moment for me as a coach and seeing these girls and getting to know them. I’ve only known them for three months but they have given me everything and so I’ve got to give everything to them.”

Hall showed her emotion on the field as she cheered with her team after the Pirates held off the late comeback by the Terrors.

“It was magical, it was something I want to go do again,” Hall said of the rivalry game. “I want to play them again because I’m just so excited, that energy that you feel.”

Bentley’s performance on the mound kept the Terrors from finding any rhythm in the game, an impressive feat against a Lady Terrors team led by head coach Dawn Ketcham, whose emphasis as a coach has been at the plate.

“It will probably be for my entire career, it will always be hitting,” Ketcham said postgame as she chuckled. “I lean more as a defensive coach myself. In my head, I say we will squeak a run through, but we need to be a better hitting team. Somedays we are and some days we are a great hitting team and some days they just don’t make the adjustments in the box that they need to.”

Ketcham said she was still really proud of Mallory Merrill’s performance after giving up two runs in the fourth inning.

“She did really well,” Ketcham said. “It looked as though she lost confidence in herself for a couple of innings. But she came back. She hasn’t pitched a whole lot this year. Her and Alexis Knowlton carried us last year. We have another pitcher who has pitched a majority of our games. She’s still battling. She will try and find her confidence.”

The two schools will face off against each other again on Sept. 20 (Brunswick High) and 21 (Wainwright Field) for the City Championship.