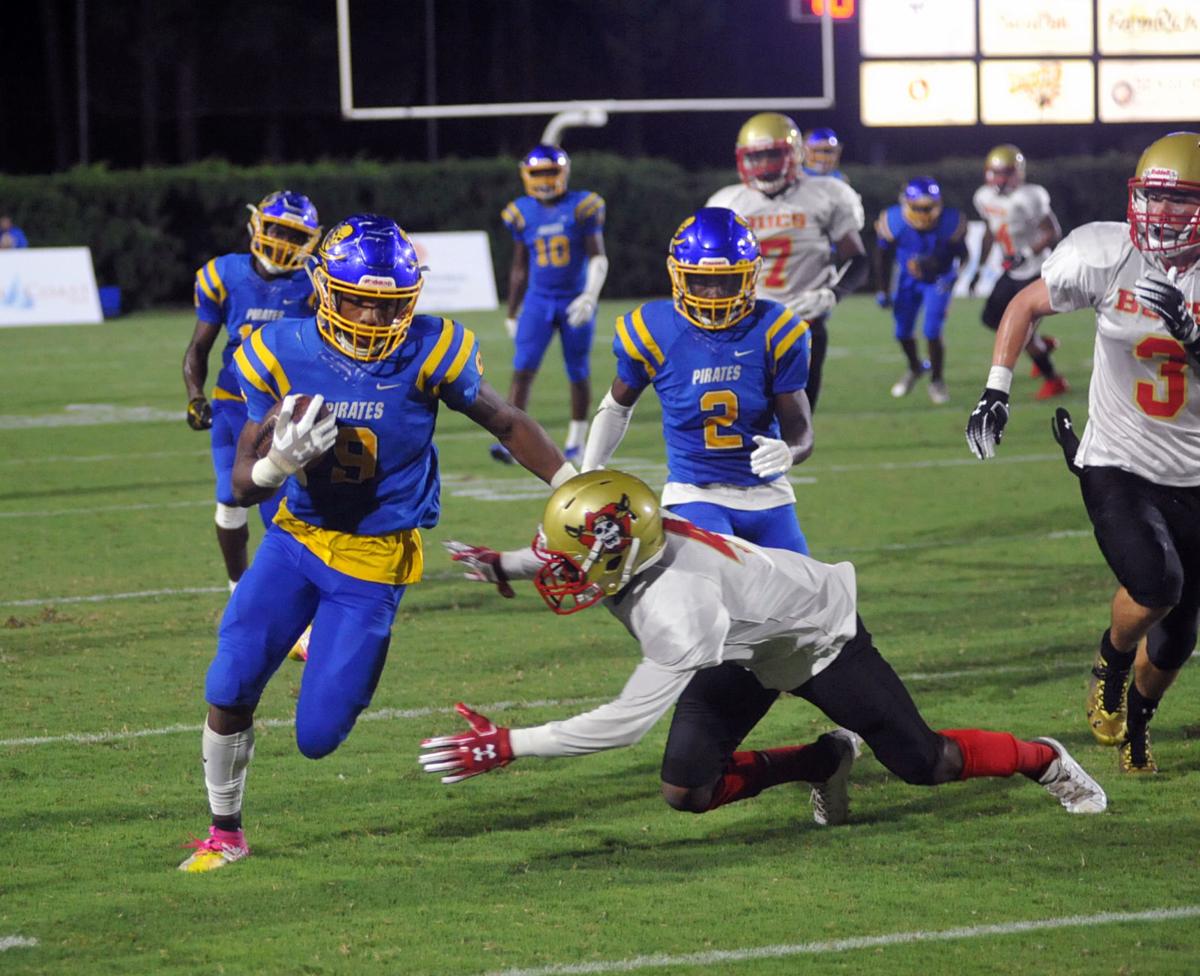 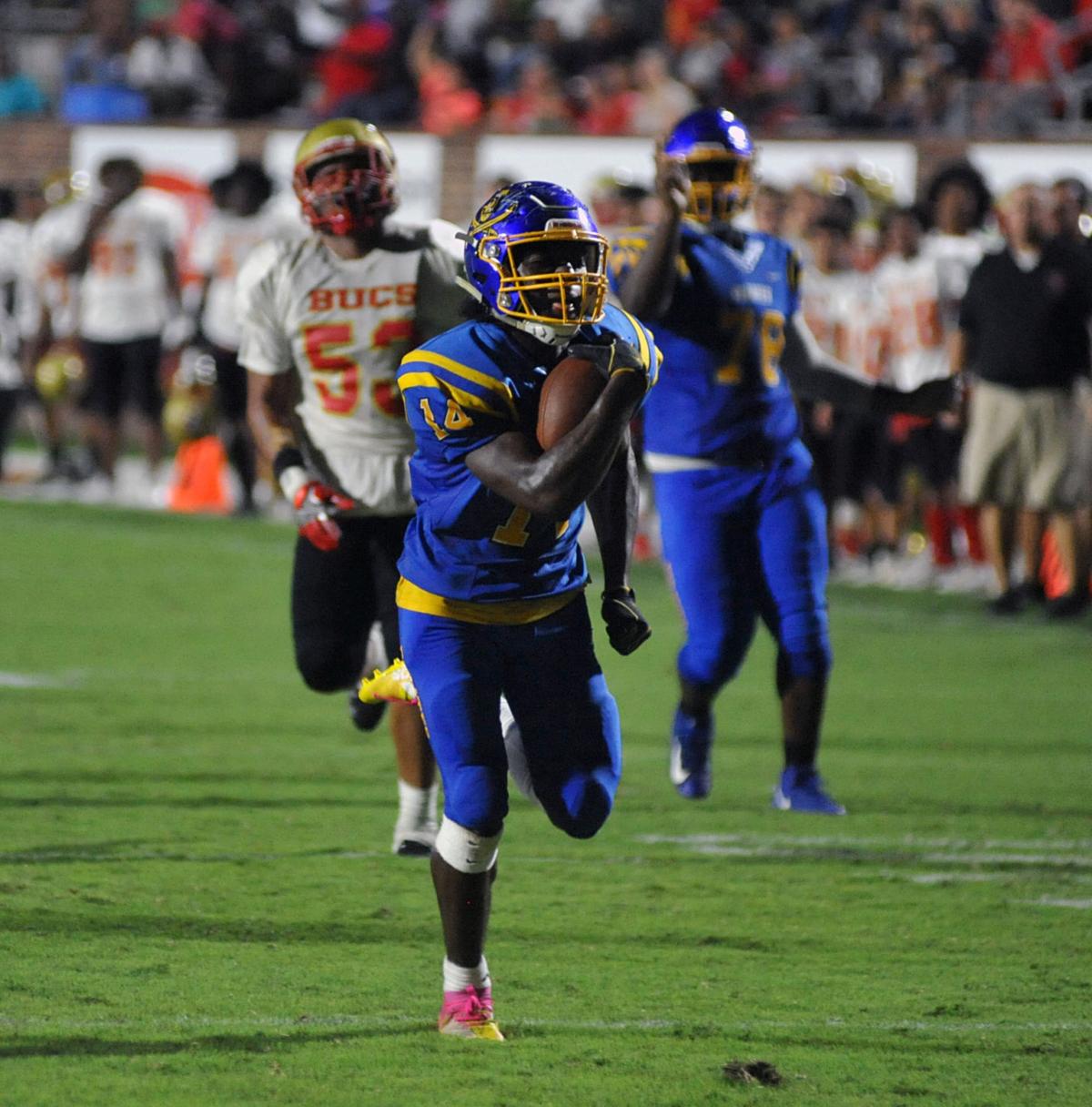 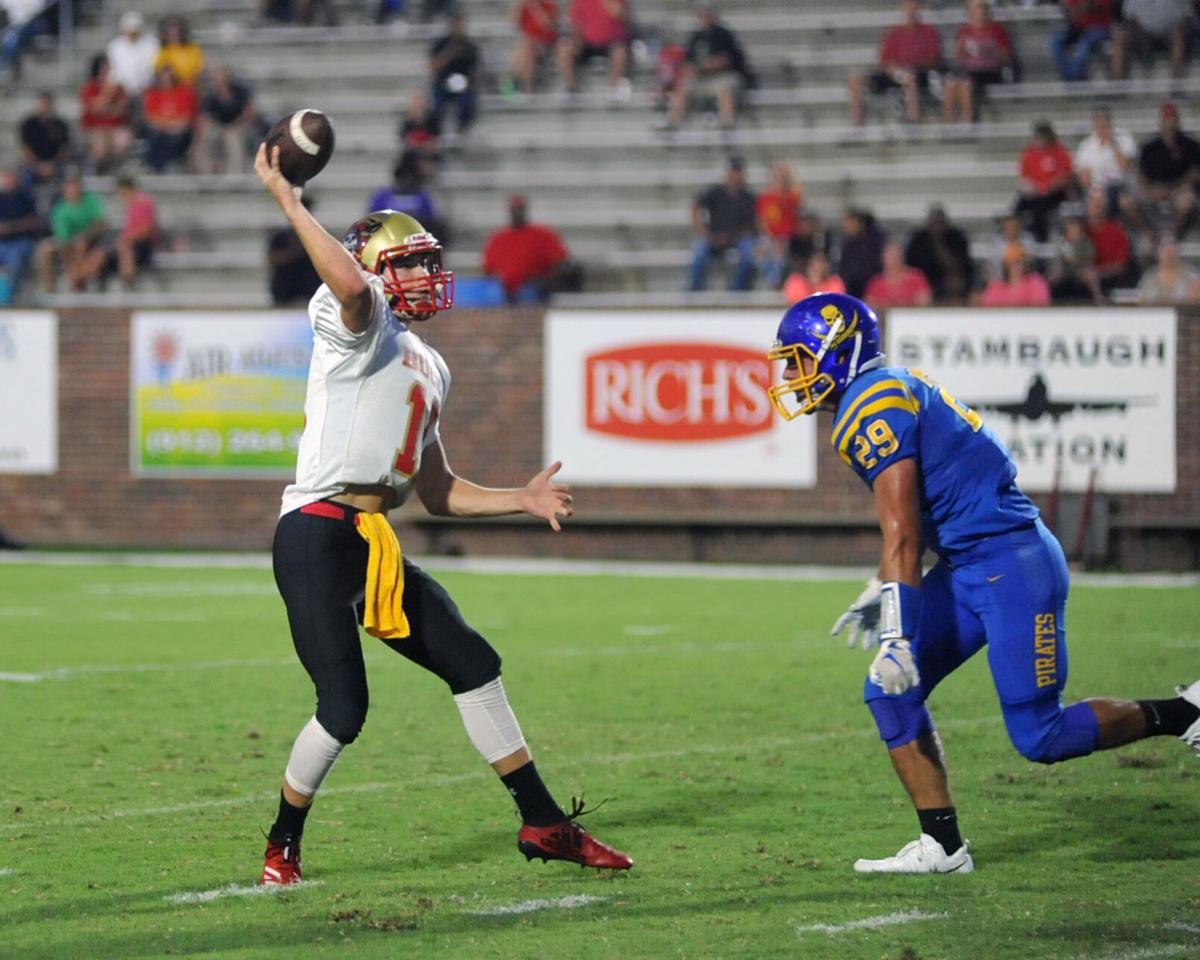 Both coming off season opening losses a week ago, Brunswick High and McIntosh County Academy are each striving for improvement in Friday’s 7:30 p.m. matchup at Glynn County Stadium.

The Class A Buccaneers it will be making their second trip 20 miles south to face a Class 6A program in as many weeks following last week’s 33-7 loss against the Glynn Academy Red Terrors.

Despite the final score, MCA looked impressive against Glynn, racking up 201 yards of offense while holding Glynn to 161. Ultimately, it was untimely miscues that kept the Bucs from turning the contest into a competitive one.

“Right before the half, we had an illegal motion penalty after we had run the ball down to the 2 — that would have put the game at a 14-7 ballgame going into the half,” said McIntosh head coach Bradley Warren.

Standout running back Trenton Johnson rushed for 75 yards on 16 attempts, but on MCA’s first possession of the game, Glynn Academy’s Miles Smith stripped the ball out of his hands and sprinted into the end zone for the first score of the game.

With the Buccaneers trailing 21-0 in the third, quarterback Dalton McClellan tossed an interception that was returned down to the 8-yard line to set up another Terrors touchdown. McIntosh’s fourth and final turnover of the night resulted in a pick-6.

“You take those three elements out, I really thought we did well defending them,” Warren said. “We held them to about 160 yards of offense or so, moved the ball at times against a really good team.

“Heck, a lot of that credit goes to Glynn too. They’ve got a really good football team.”

Although Miles Wood’s four-yard touchdown run early in the fourth was the Bucs’ only score of the game, Bradley felt good about how his team moved the ball overall, and he believes playing against the speed and depth of 6A teams will help down the road.

Brunswick head coach Sean Pender wasn’t quite as satisfied with his team’s initial showing — a 31-10 loss against Class 3A’s Pierce County that saw BHS outscored 21-8 in the second half.

The Pirates got off to a solid start moving the ball and went up 2-0 when they stuffed the Bears in the end zone for a first-quarter safety, but the game got away from them once star running back Chuckobe Hill took a helmet to the knee and was forced to leave the game.

Hill recorded more than 1,000 rushing yards and 10 touchdowns as a sophomore last season, and he tallied 59 yards on his first six carries before taking the hit and ceding way to backfield mate Khamori Simmons, who rushed for 51 yards on 13 carries in his absence.

Simmons proved he can be an effective weapon for Brunswick last year when he produced more than 850 yards of total offense and 13 scores, but the Pirates will need backs like Pat Leggett, Leon Charlton and Travis Massey to set up.

“Typically it’s Ree and Chuckobe, well now it’s going to be by a committee,” Pender said. “We’ve just got to get ourselves where we need to be, where no matter who it is that’s in that role is ready to perform.”

But Pender’s words were not directed solely at the running back group, rather his team as a whole.

Coronavirus precautions have forced the Pirates to hold out a handful of players, and the Brunswick coaching staff is urging the young players on the roster who suddenly find themselves in a larger role to make the most of the moment.

They’ll get another shot to do so against McIntosh County Academy.

“The main thing I want to see is improvement from Week 1 to Week 2, regardless of the situation that you’re in,” Pender said. “We had several players out from the COVID incident, they don’t have COVID, but they were quarantined, and the younger players, they’ve got to step up. It’s their time to shine.

“We’re depending on them to do a great job.”