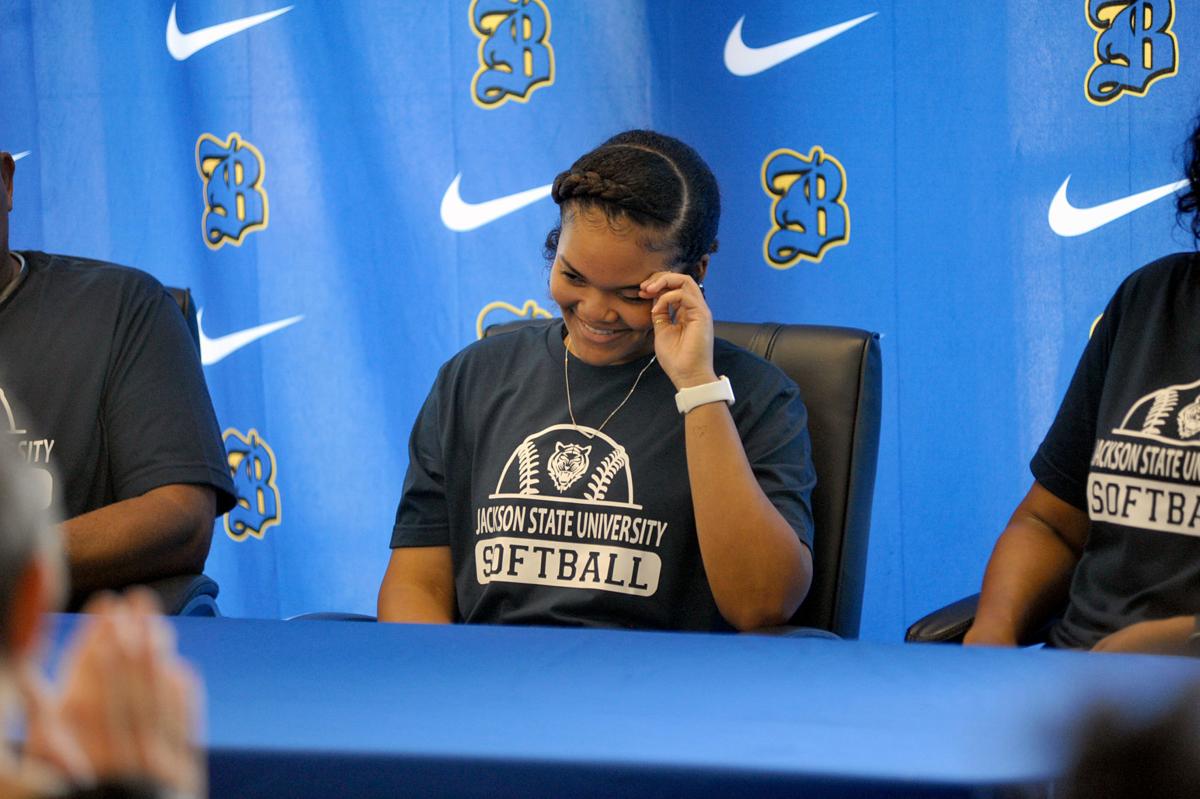 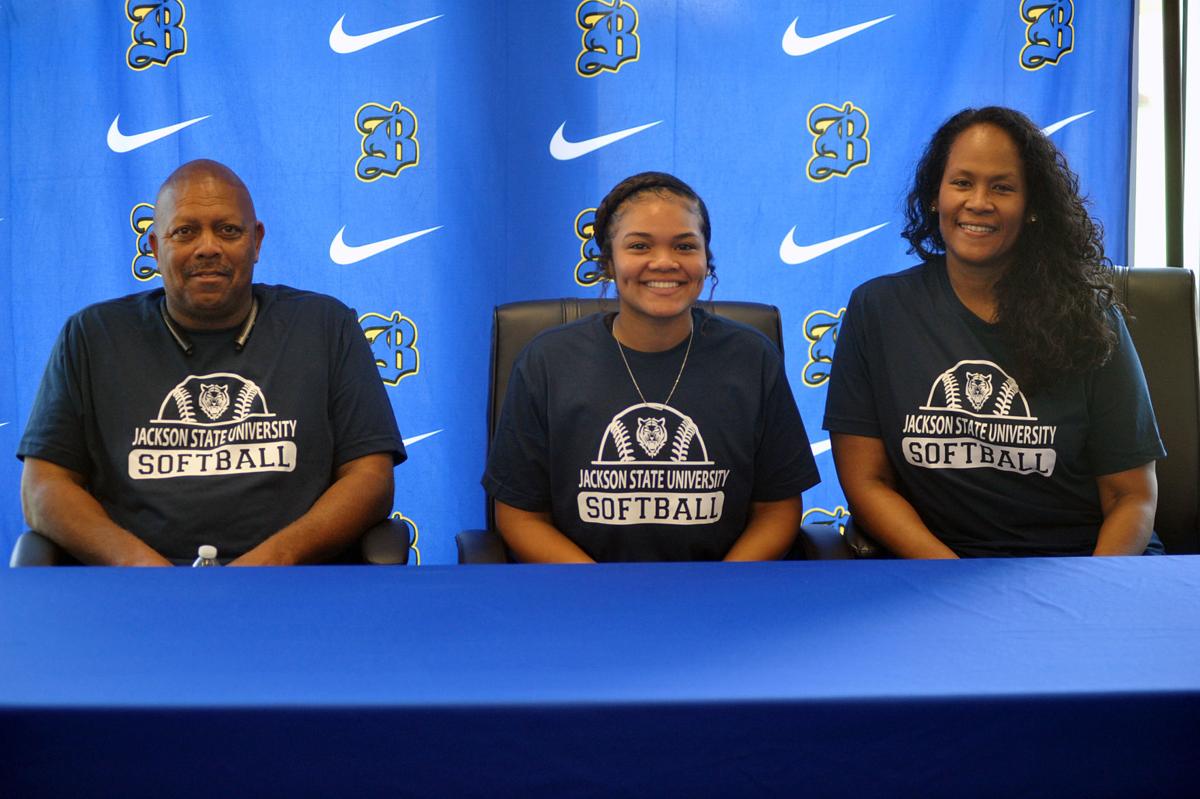 Brunswick High’s Jalia Hubbard is joined by her family during a signing ceremony Friday at Glynn County Stadium.

Brunswick High’s Jalia Hubbard is joined by her family during a signing ceremony Friday at Glynn County Stadium.

But she just wasn’t ready to give up the sport — a common theme among her family.

“I’ve been playing this for 12 years, so I was like, ‘Maybe I have keep going because I’ve got a lot of life left in me with ball,’” Hubbard said.

Hubbard was one of Brunswick’s top weapons on the basepaths this past season, swiping 12 bases while only being caught once, giving her the best stolen base percentage of any Pirate with at least 10 steals.

Additionally, Hubbard finished fourth on the team with 12 runs scored to help Brunswick to its best finish in Hubbard’s career in the first season under head softball coach Nicole Bailey.

At the signing ceremony, Bailey spoke highly of Hubbard’s constant smile and relentless positivity in the dugout in making her feel welcomed down in the Golden Isles.

It was around the time that Bailey was getting settled in Brunswick when Jackson State began its pursuit of Hubbard. She wasn’t yet sold on playing softball at the next level, but she eventually came around to the thought of striking out on her own.

“It was in August, at the beginning of the season, but I wasn’t too sure about it,” Hubbard said. “I went on my official visit in November, and that’s when it started to be real. I was like, ‘Maybe this is something I should do.’

“It still took awhile, I didn’t decide until December because I had to make sure it was something I wanted to do. It is 11-and-a-half hours away from home, and I wasn’t sure if I wanted to be by myself. But I think it’s time to grow up and go find myself in Mississippi.”

Jackson State head softball coach Kevin Montgomery was already familiar with Hubbard as he coached her sister Jasmine during his stint at Alcorn State when Jalia would occasionally act as the team’s batgirl.

Now Hubbard will get the opportunity to learn under Montgomery at one of the largest HBCUs in the nation.

Hubbard’s got an exciting future ahead of her, but she won’t forget her time at Brunswick High.

“I think I’m going to miss it a lot,” Hubbard said. “This really changed me, playing ball here taught me a lot of things. I am going to miss it. Hopefully I can bring something back, teach somebody something, but I think it’s time to go on.”