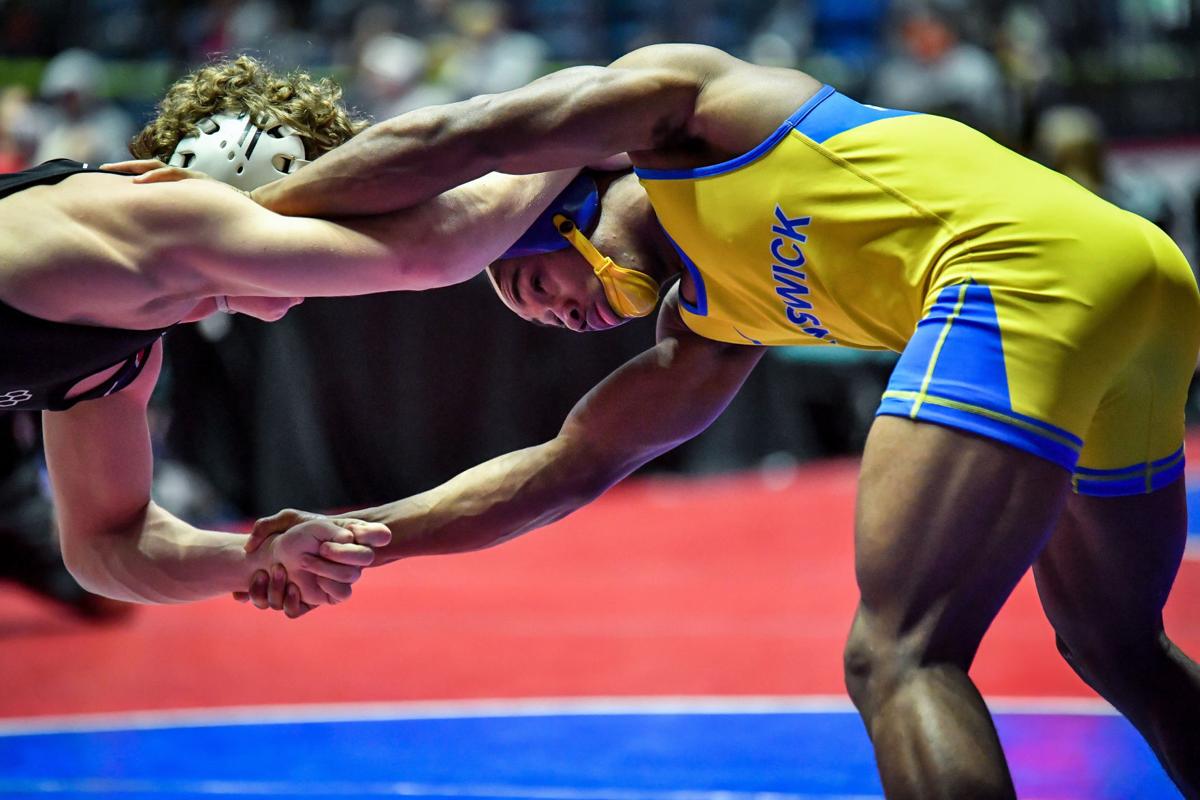 Cameron Crump wrestles during the GHSA 6A Traditional tournament in Macon. 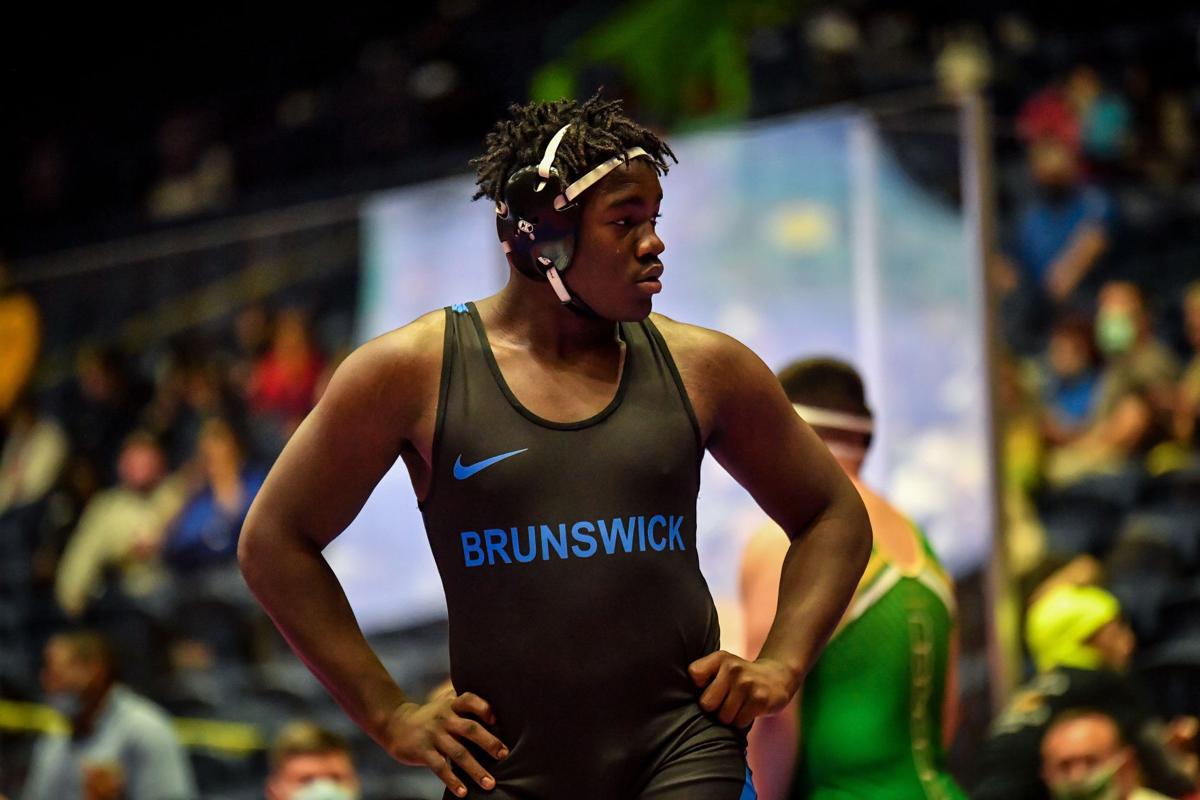 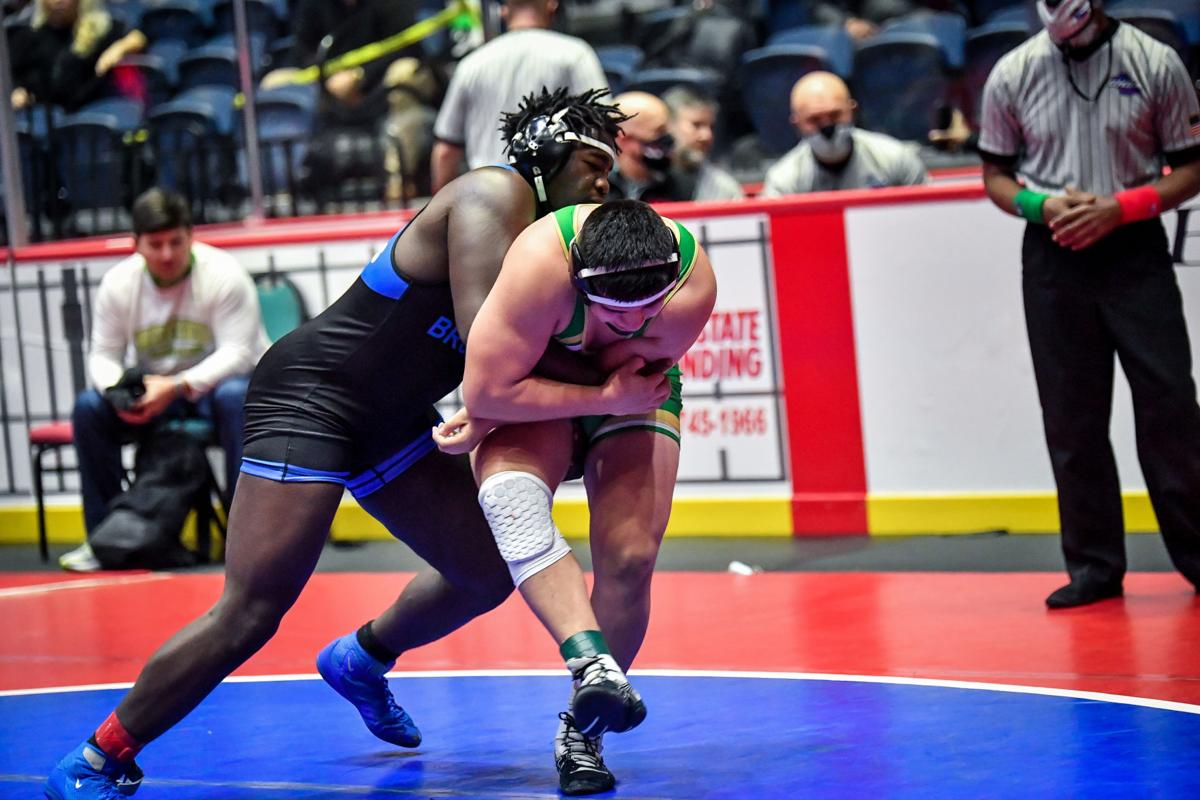 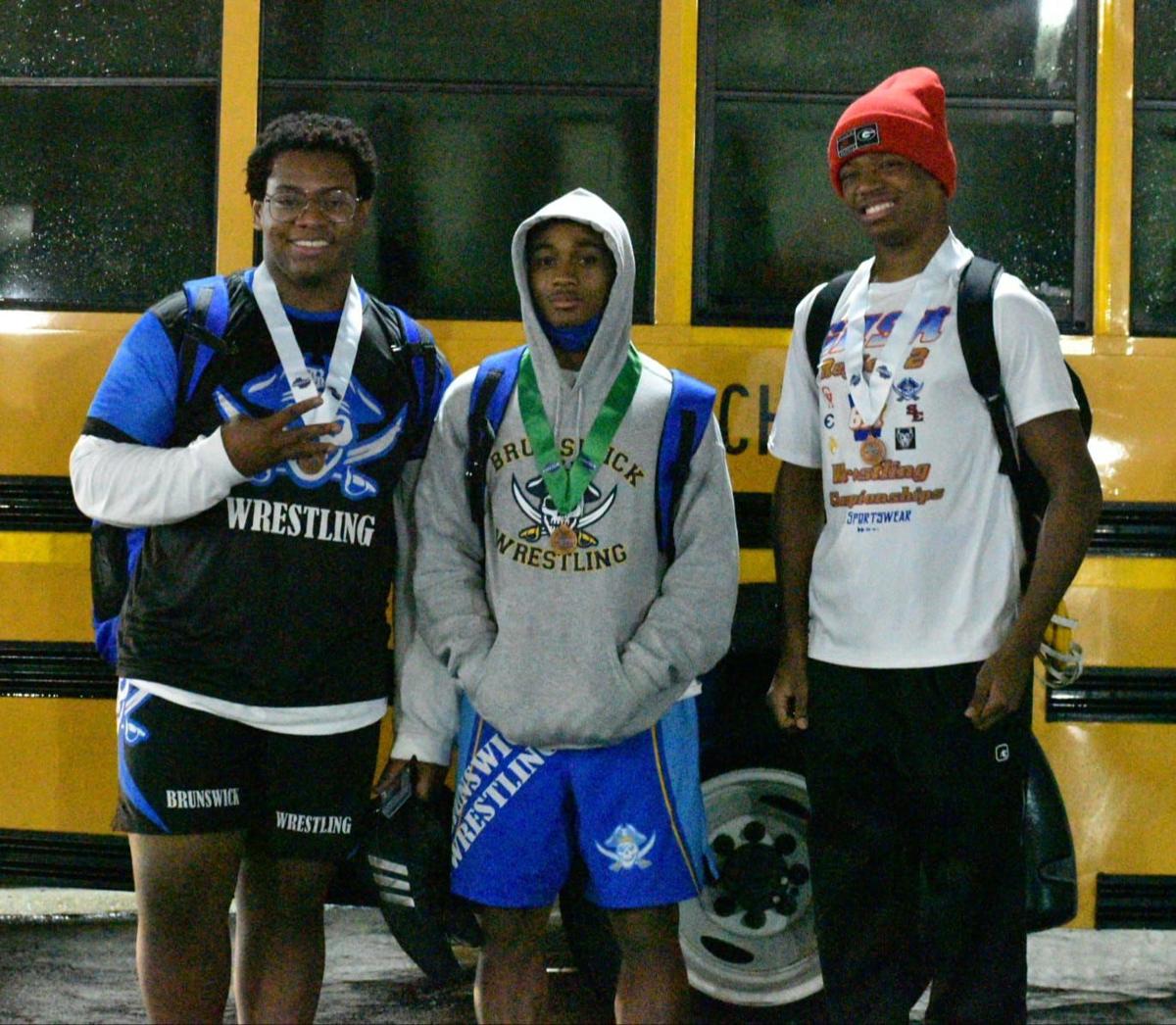 Cameron Crump wrestles during the GHSA 6A Traditional tournament in Macon.

This past weekend, Brunswick High’s wrestling team competed at the GHSA 6A State Tournament in Macon, where the Pirates had all 10 of their wrestlers make it to the state quarterfinals.

The Pirates had seven state placers, tied for the most in 6A with Buford and Lassiter High. Those seven also earned All-State honors.

“It went pretty good. We should have had some guys in the state finals, but that didn’t pan out — we had seven guys place,” Brunswick coach Tommy Bartolotta said. “We were the fifth overall team.”

All three seniors earned All-State honors and placed in their final tournament as a Pirate.

“We have been so blessed to be part of their lives,” Bartolotta said. “ In a short three years, we have watched them grow as not only wrestlers but great young men. It was awesome to see all three earn All-State honors and be instrumental in leading this team to break every school record.”

Bartolotta said Dawson lost in the semifinals to the best wrestler pound for pound in the 6A classification in Hunter Nolad of Dalton, a four-time state champion.

Abbott fell 1-0 to the eventual state champion Madden Sanker of South Paulding. McKinney fell in the state semifinals to Kadry Shaddix of South Paulding 3-1and lost a close 3-2 match to Josh Sanders of Sprayberry.

Crump lost two close matches in what Bartolotta considered one of the toughest weight divisions of the tournament. Charlton fell in the quarterfinals to three-time state champion R.J. Weston of Lassiter and battled back to take the fifth-place finish.

Stanley fell 2-1 in double overtime of the semifinals to state champions Brock Bibbee of Carrolton.

“Jeremiah had the best kid in the state pound-for-pound on his side of the bracket. So I’m fortunate that he got third,” Bartolotta said. “William Abbott felt like he should have won state, and he didn’t. He lost 1-0 to Madison Sanker from South Paulding — it was a rough one.

“Stefan lost to the state champ. We had some rough semi loses, but the kids battled, and I think next year, we could be right back where we were at this year. I’m hoping we do a little bit better.”

Anthony Lowe and Comari Cone were the other two competing on Friday but fell short of placing as they both lost in the quarterfinals.

Lowe fell 2-0 to Nick Palmetto of Kennesaw Mountain. Bartolotta said Lowe’s weight class was by far the toughest weight class at the state tournament as he had to take on three returning state champions.

He missed placing by one match in the state tournament as a 14-year-old. Lowe defeated T.J. Mardonski of Pope, who was All-State last year and had a 27-1 record before going into the state meet. Bryant Wilkson of Rome eliminated him.

“Anthony could have medaled — he’s good,” Bartolotta said. “We’re hoping he can win state next year as a sophomore.”

However, Lowe finished 25-8 on the season, and Bartolotta said he’s only going to get better moving forward.

Brunswick graduates three seniors and will return a strong team next season. Bartolotta also earned the Region 2-6A coach of the year award for leading Brunswick to their first dual and traditional region title and a top-five finish at Traditionals, and a fourth-place finish at State Duals.

“The program is growing — it’s getting stronger and better,” Bartolotta said. “It will continue to do that. That’s the goal. Hoping to win the state championship and hopefully knock Buford off in the future — maybe next year, maybe a year after, we’ll see. I feel pretty confident that we’re going in the right direction.”