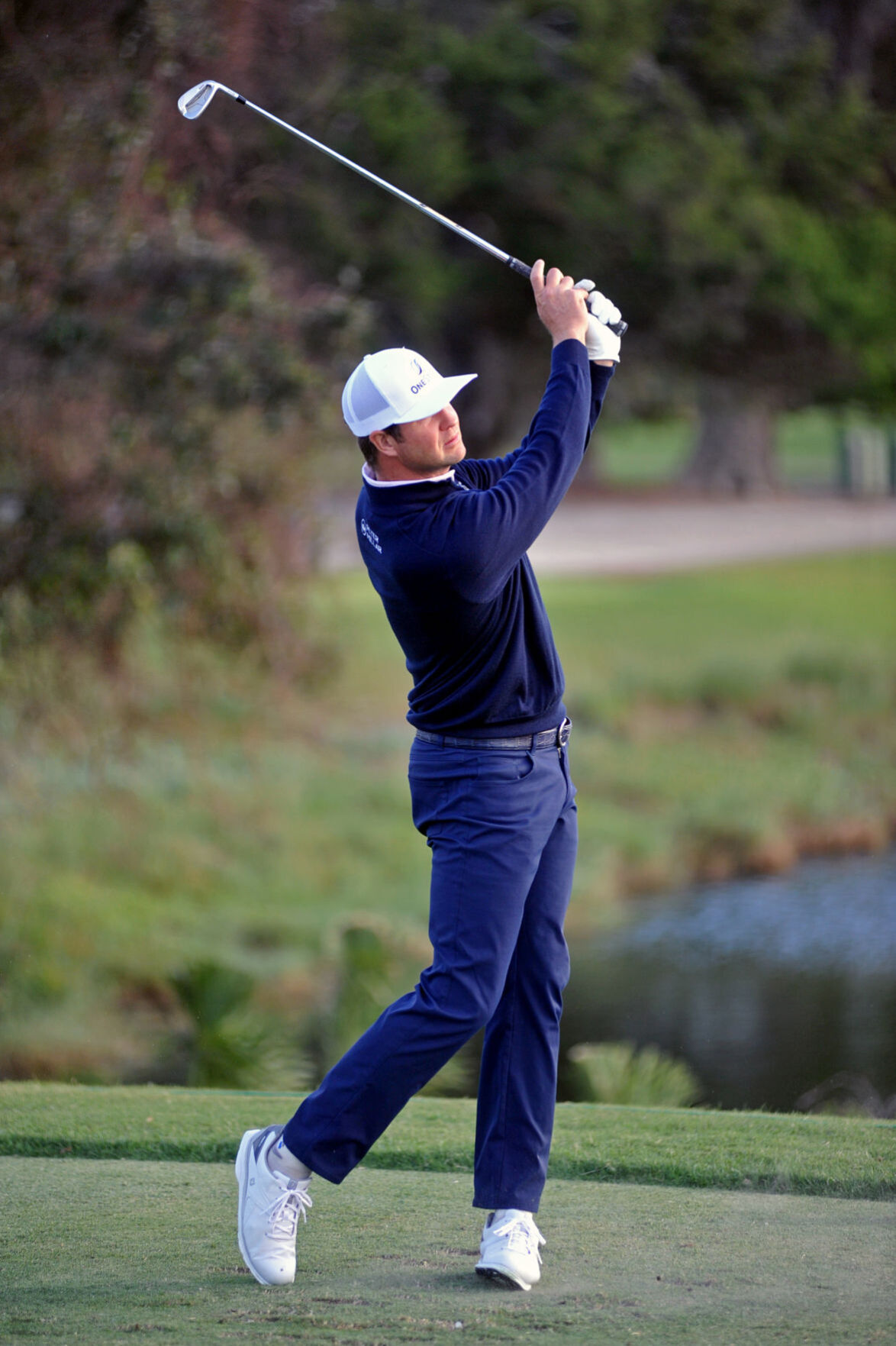 Hudson Swafford tees off during Round 1 of the RSM Classic on Thursday at the Sea Island Golf Club. 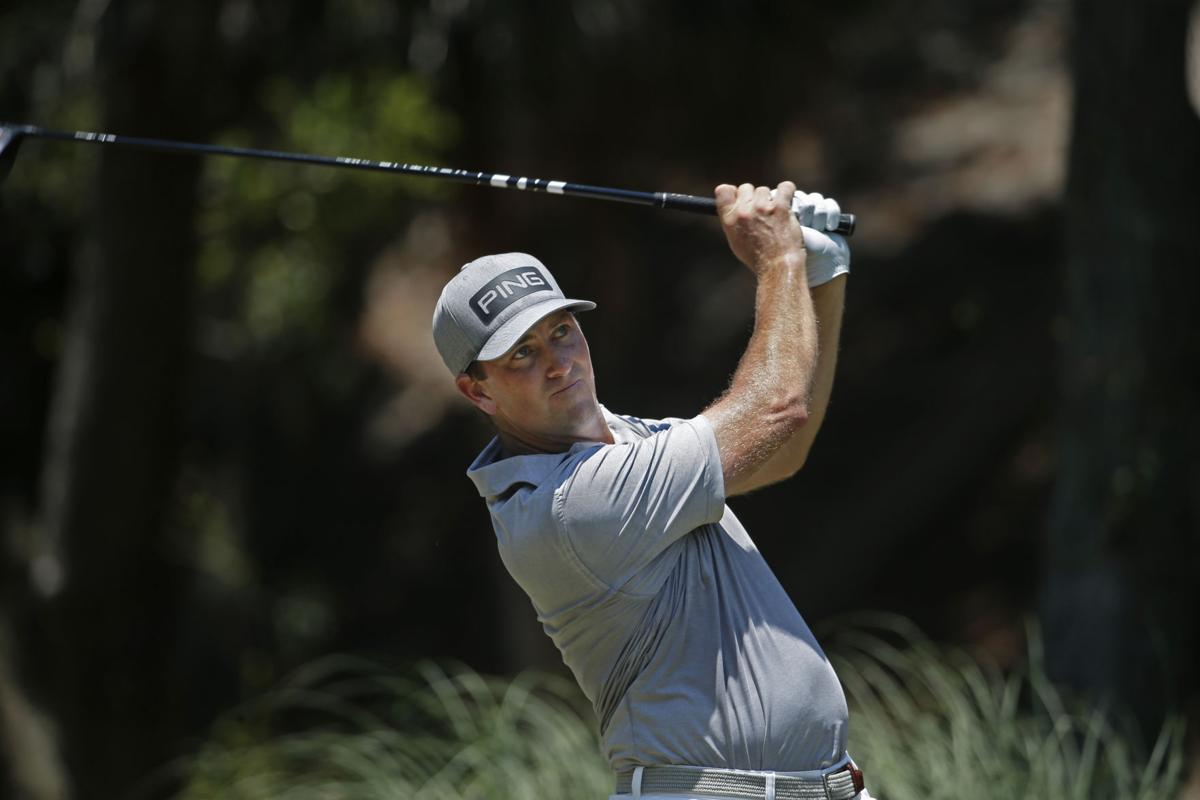 Michael Thompson hits off the second tee during the final round of the 2020 RBC Heritage. 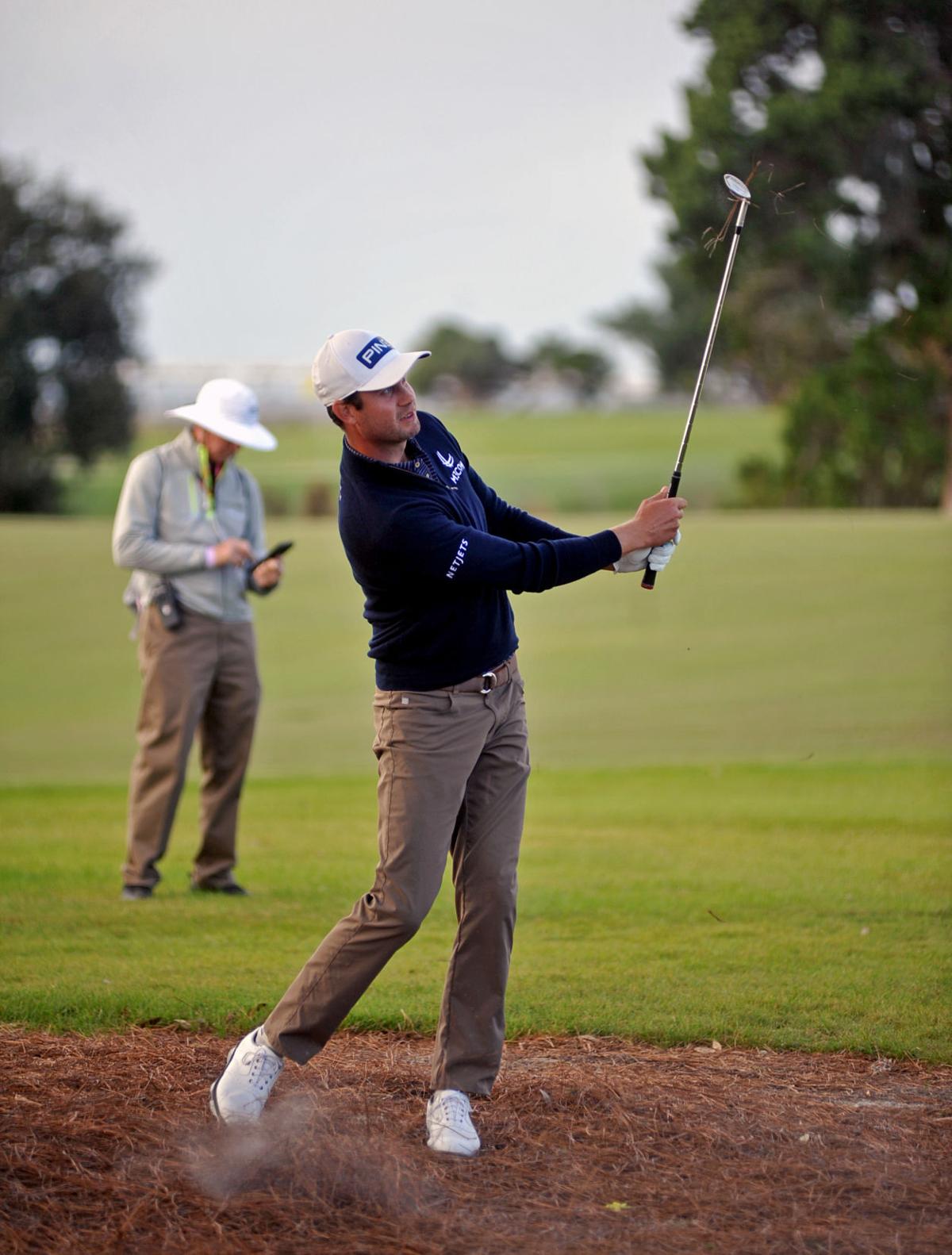 Harris English chips from the rough during Round 1 of the RSM Classic at the Sea Island Golf Club earlier this year.

Hudson Swafford tees off during Round 1 of the RSM Classic on Thursday at the Sea Island Golf Club.

Michael Thompson hits off the second tee during the final round of the 2020 RBC Heritage.

Harris English chips from the rough during Round 1 of the RSM Classic at the Sea Island Golf Club earlier this year.

After what seemed to be like a year’s worth of waiting, the PGA Tour finally returns and in beautiful Hawaii.

The Tour starts 2021 on the island of Maui at the Sentry Tournament of Champions on the Plantation Course at Kapalua Golf Resort.

However, it’s going to look a little differently this year because of COVID-19. The event usually consists of all winners from the previous season. With the shortened season and having the schedule get all out of whack, the tournament had to rework their qualifications.

Twenty-eight players won last season, and six had multiple wins — that would mean the tournament is 13 players short.

The tournament looked at the 2020 Tour Championship to get a full field. Seventeen additional players made it to Atlanta that didn’t win last season, making them eligible for this event.

However, the event did release that it would be the only time the qualifications would be like this.

However, McIlroy, along with Jim Herman and Tyrrell Hatton, qualified but won’t be playing.

Scheffler and Ancer are the only two looking for their first-ever win.

So you could say this 42-man field is flat out incredible.

There are so many incredible pairings, so I wanted to give my Golden Isles pairings along with my top four pairings to keep an eye on in Hawaii.

There are three local guys in the field this week as English joins Hudson Swafford and Michael Thompson. Swafford made the cut for winning the Corales Puntacana Resort and Club Championship back in September. Thompson won the 3M Open in July, so he qualified as well.

Swafford is paired up with Martin Laird at 9:10 a.m. local time for the first two days. Thompson will play with Andrew Landry at 9:40 a.m. local time, and English is playing with Mackenzie Hughes in the 11:40 a.m. tee time.

I’m most excited to see Hughes and English square off against each other. Both were playing well before the break, and we all saw English win with Matt Kuchar in December at the QBE Shootout.

It’s only a matter of time until English gets another win because he’s playing too well not to.

Now for my top four pairings.

Dustin Johnson and Justin Thomas are going head to head yet again. Johnson is back playing again after winning the Masters, and Thomas is off winning the PNC Championship with his dad.

These two are always fun to watch together because they feed off each other regardless if it shows or not. Thomas is hungry to get on top again and is back to defend his Sentry title. He won last year, and Johnson won in 2018, so who knows, maybe one of them gets to add another trophy to their collection.

Johnson has been playing the best golf of his life, and I hope it continues.

Youngsters battling it out

There are two pairings of young golfers that just excite me. Ancer and Viktor Hovland are paired up for the 11:10 a.m. tee time. Then there is Scheffler and Collin Morikawa teeing it up at 12:10 p.m. local time.

Hovland is coming into this tournament hot, and Ancer is getting closer and closer. It wouldn’t surprise me if Ancer put it all together. He is one of those on the verge of a hot streak.

Then there is Hovland, who is so fun to watch. I love the move he puts on the ball, and that classic Ping hat really just pulls his look together.

Scheffler is another guy who is on the verge of getting over the hump of winning on the PGA Tour. He and Morikawa are two even-keel guys who are just getting started. I think Scheffler is going to put his name on a trophy and soon.

As for Morikawa, I need him to find that consistency he showed going into the PGA Championship.

He has it in him but has hit a bit of a slump, so maybe Hawaii will pull him out of it.

We haven’t seen much of DeChambeau since the Masters incident and him “feeling bad.”

I hope he got healthy and got the atrocious Masters performance out of his head. Then he pulled out the umbrella during practice on Tuesday, and I just shook my head.

He’s playing with Georgia boy Brendon Todd, and I kind of feel for Todd because there is no telling which DeChambeau is going to be there.

I respect DeChambeau’s game, but at the same time, I just want him to perfect his skills instead of trying to get to another level. He’s incredible with the length he has now, so why keep pushing.

There is no telling what that umbrella was for, but it was interesting to see. He’s hungry to prove his way is a path other golfers should take, and so watch out for him. This duo tees off at 11 a .m. local time.

Welcome back, professional golf, I’ve missed you, and now it’s time for you to shine again. I’m so excited to see what 2021 brings to the golf world, and hopefully, it’ll include some kind of normalcy.