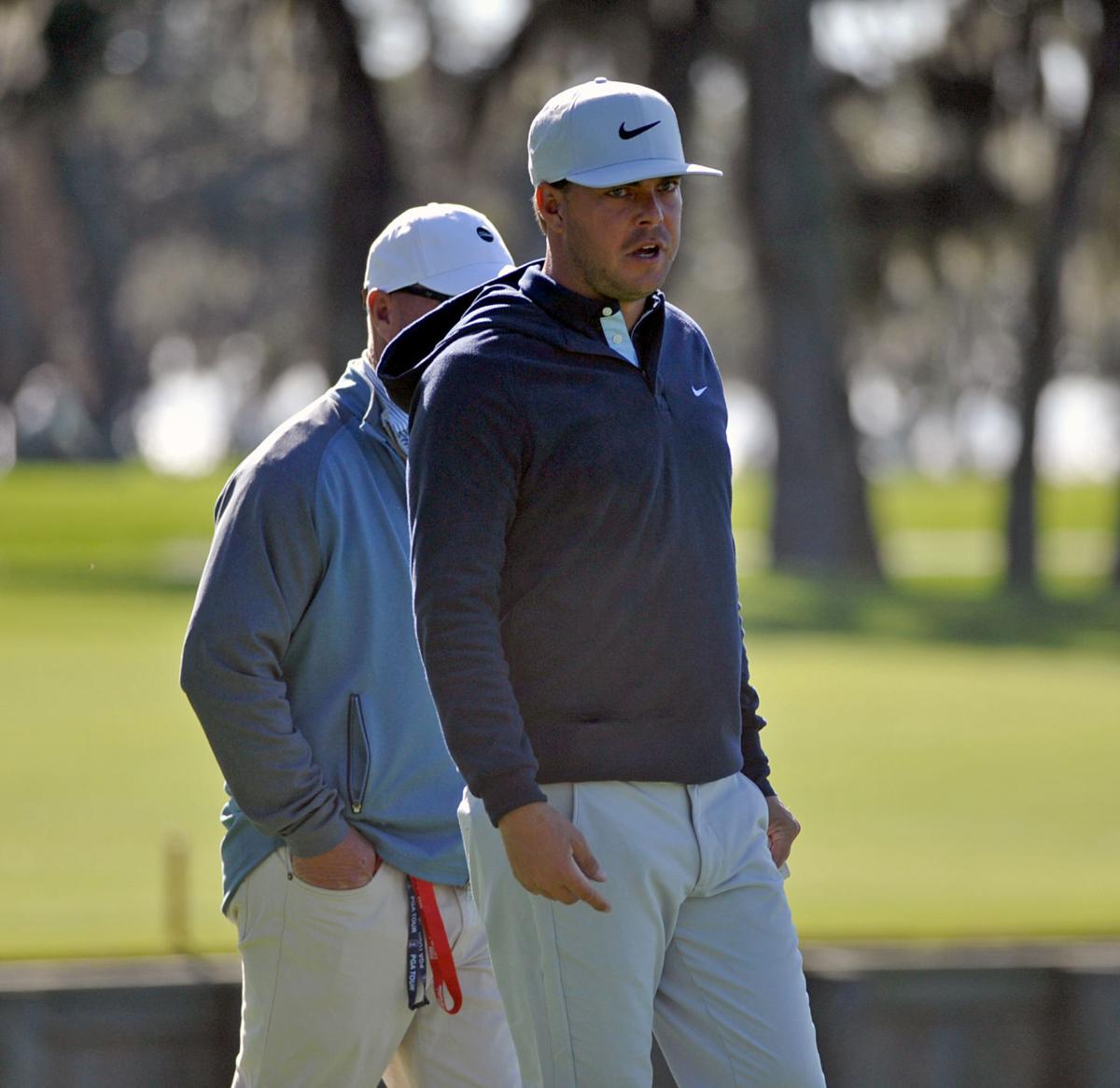 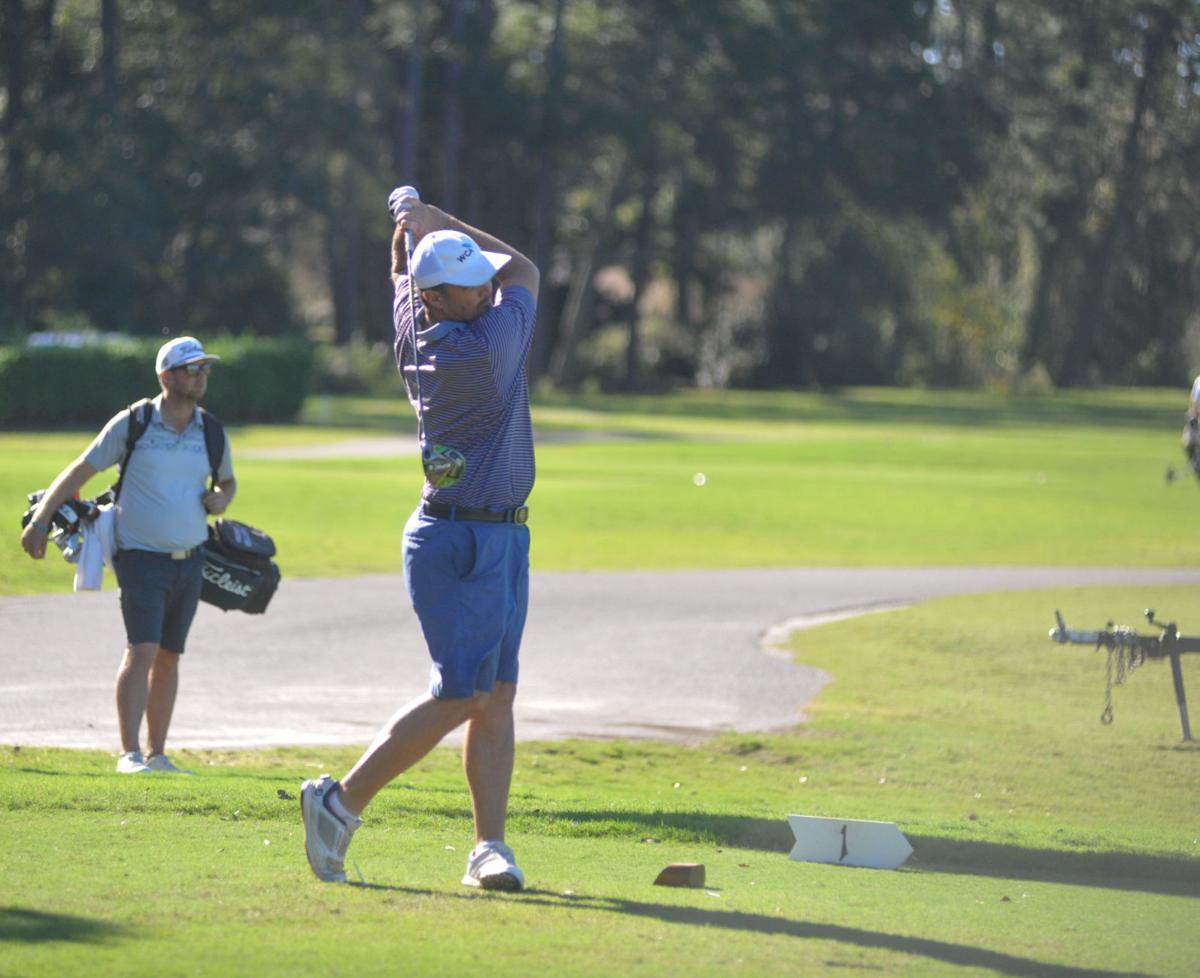 Brad Adamonis tees it off during the 2020 Monday qualifier. 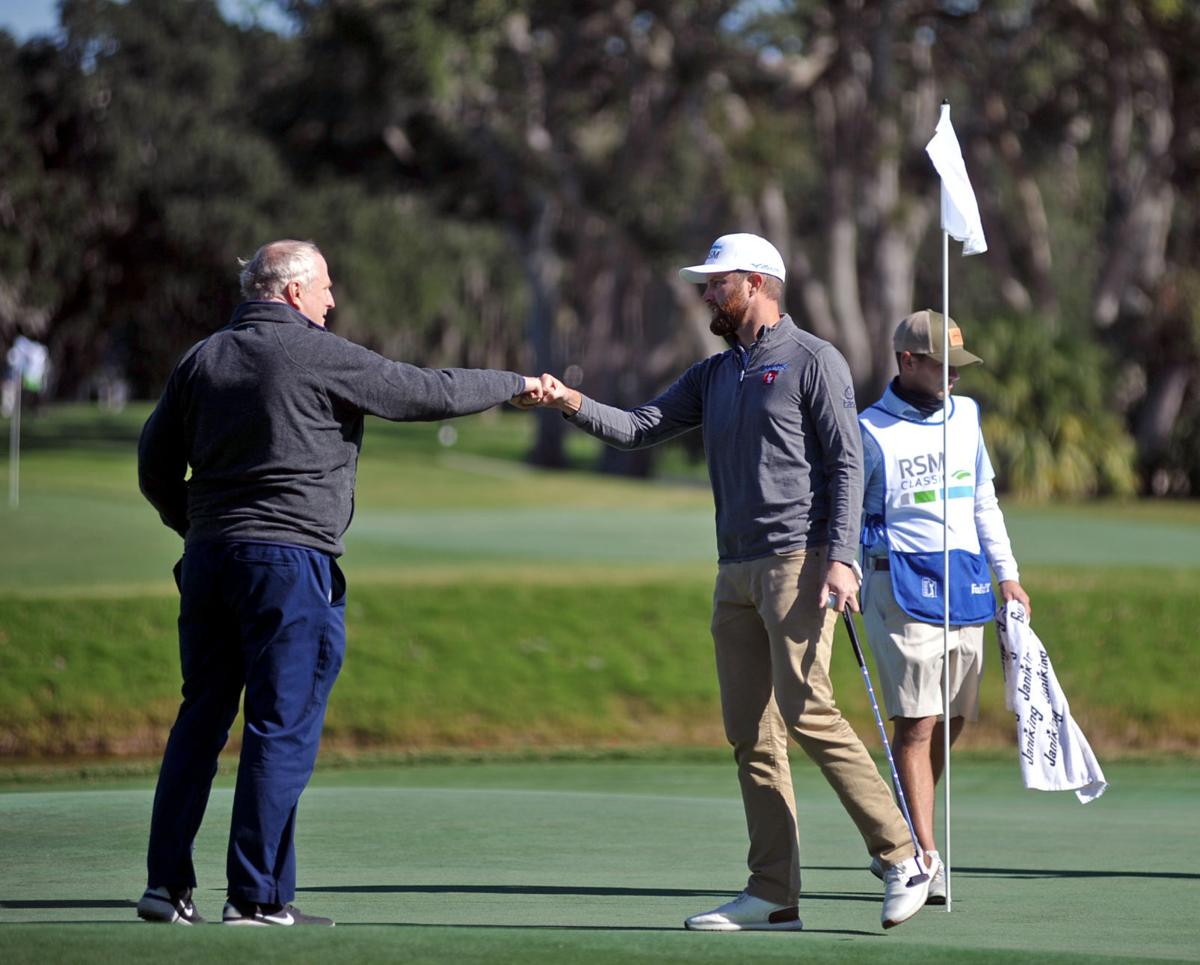 Chris Kirk fists bumps his teammate on hole 18 of Plantation during the RSM Classic Pro-Am on Wednesday at Sea Island Golf Club. 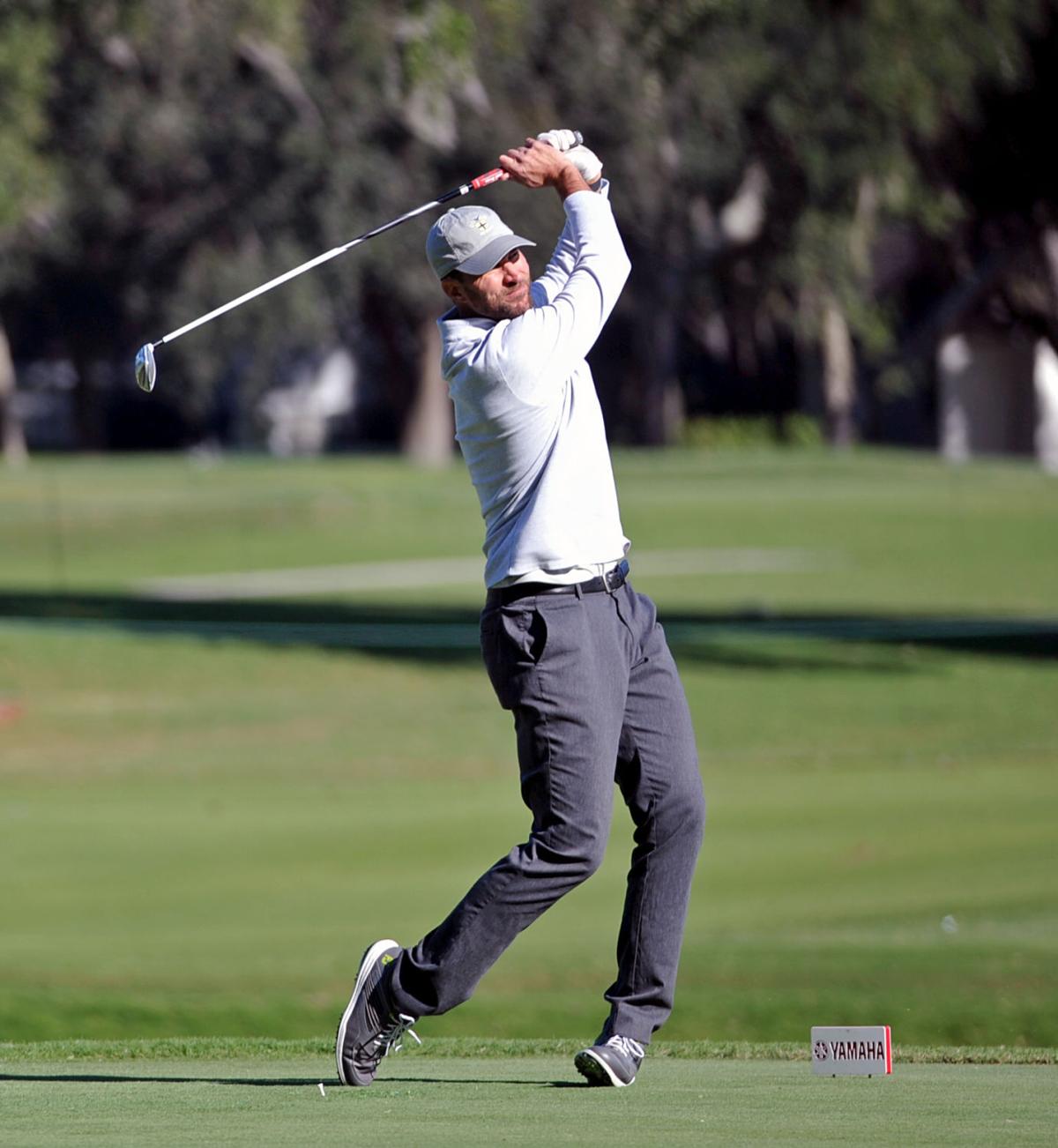 Brad Adamonis tees it off during the 2020 Monday qualifier.

Chris Kirk fists bumps his teammate on hole 18 of Plantation during the RSM Classic Pro-Am on Wednesday at Sea Island Golf Club.

It took 10 playoff holes to find out who would take the final two spots in the RSM Classic field on Tuesday.

Most playoffs for a Monday qualifier take three to four holes tops, at least that’s what they said on Tuesday morning. Two hours later and 10 playoff holes, this playoff had to break a qualifier record.

“That was one of the coolest things I’ve ever experienced in golf,” Hogan said.

Josh Teater, Brandon Crick, Brad Adamonis and Jay McLuen all wanted those two spots, and it showed through each hole.

Most people would have paid big bucks to see what I did on Tuesday, and I must agree with Hogan — it was pretty awesome to witness it.

There were two older caddies out there, and I’m kicking myself for not getting their names, but if they said it once, they said it a handful of times — how wild it was that someone hadn’t birdied a hole and ended the thing.

Crick was the first guy to get the job done on the sixth playoff hole. The foursome was on the ninth hole, and he hit a perfect shot that was 6 feet away from the hole, then sunk his birdie putt with confidence.

Teater and Adamonis knocked out McLuen on the eighth playoff hole — the par-3 No. 8. McLuen hit right into the trees and had a tough up and down shot. He made bogey on that hole while the other two made par. Teater missed the green but managed to get his up and down shot on the green to have an eight-foot putt for par.

One of the caddies said that was a clutch par putt and that he knew the heat was on him — a real competitor only makes those.

Then there were two as Adamonis and Teater remained. On the ninth playoff hole, they both hit pars to continue on. I was shocked Teater didn’t make his birdie putt, but that’s the game of golf for you.

On the final playoff hole, Adamonis putted first and just missed the hole. Teater took advantage of the miss and then sunk a 15-footer to secure the final spot.

It was a wild ride and one that should have been televised. However, Teater’s experience — a pro for 19 years with 202 starts — gave him the edge.

Then there is Crick, who has been a pro for seven years with one PGA Tour start and zero career earnings, earning his spot this week. Now he has a shot to prove a lot of people wrong and potentially keep this going.

That has to be what golf is all about, especially Monday qualifiers. Not to mention, this week’s qualifier could have been a PGA Tour event in itself. With all of the other tours not playing right now, the field was stacked with a ton of Korn Ferry guys and players who have had some status.

With the four qualifiers in, the RSM Classic will now have 12 local golfers competing this week.

There’s a great chance that one of the local guys could win this week, especially if English continues to play like he has been this year.

“It would be really cool. I feel like I’ve been on the cusp a lot the past year and a half,” English said. “It would mean a lot coming here, I would say in front of a home crowd. It kind of sucks that we can’t have kind of the home tournament this week with all the friends and family that we would have normally, but I love this place, and it would mean a lot to kind of win on your home turf.”

On Wednesday, the RSM had its annual Pro-Am, and it was loaded with all of the heavy hitters playing in this week’s tournament.

English said it was cool to have a lot of European Tour guys come down from the Masters, so he’s excited to compete.

“I’m excited of how strong the field is this week. I know Davis Love is pumped about that,” English said. “He’s been such a mentor to us guys down here for the last number of years, and it’s awesome that he gets rewarded with such a good field because he has done so much for this game and so much for this area. It’s awesome to be able to show off this special place we have here.”

Seeing guys interact with their teams and even betting with each other like they were old friends really brought some normalcy to the fan-less event.

Even the caddies were stationed in certain spots, with one in the fairway and another on the green. While it’s different, having those big names play in it was pretty spectacular to watch.

It’s even cooler to see Rose and other players just be so laid back. This year is my second RSM Classic and second PGA Tour event I’ve covered, so I’m getting used to just how laid back and humble some of these golfers are.

Rose even gave a caddie a golf ball, one of his golf balls with the gold 99 on it. Now that’s pretty awesome.

Those interactions are what make Pro-Am day so much fun to cover and be a part of because you never know what you’ll run into and who will strike up a conversation with you.