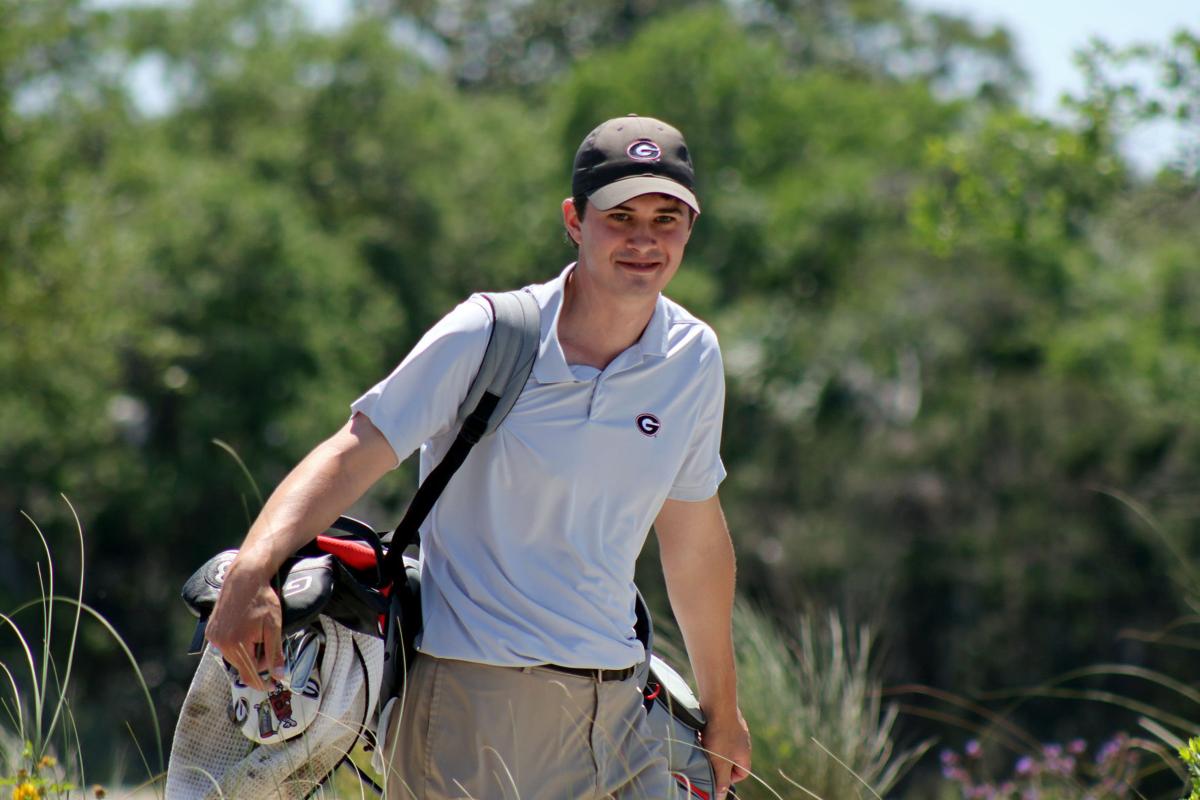 Georgia golfer, and St. Simons native, Davis Thompson flashes a smile during the first round of the SEC Championship on Wednesday at Sea Island Golf Club. 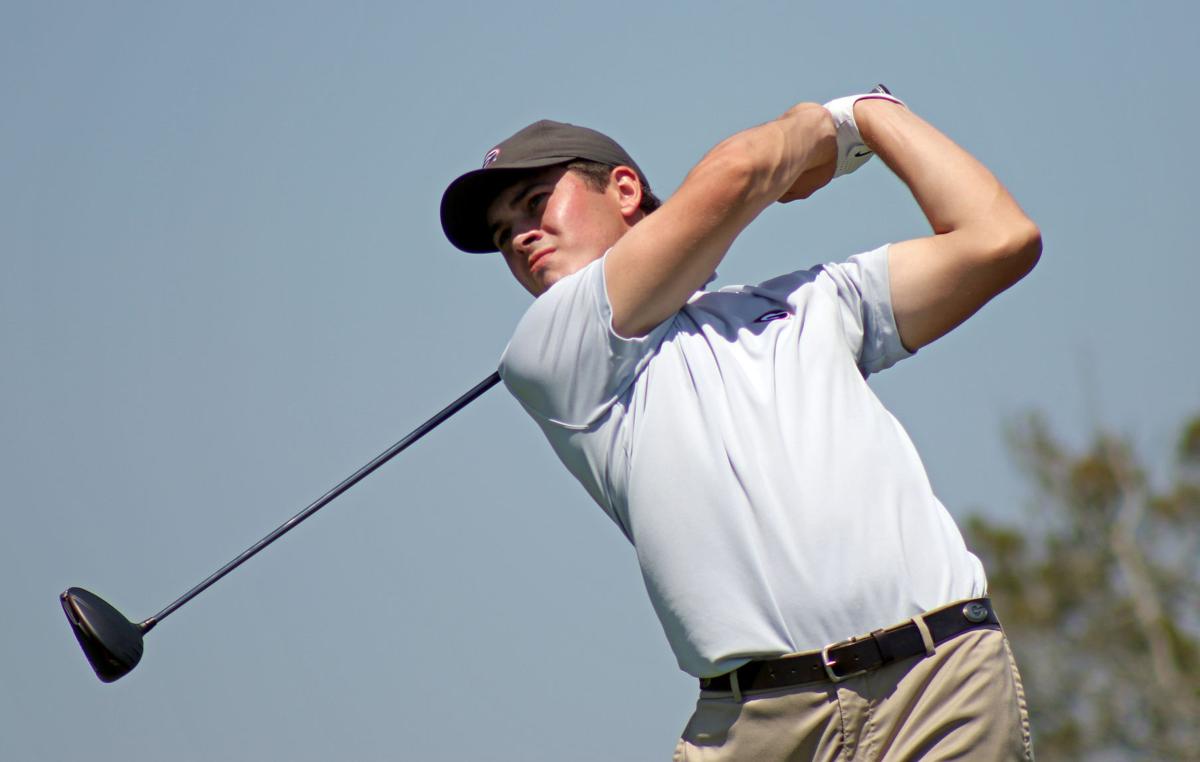 Georgia golfer, and St. Simons native, Davis Thompson tees off during the first round of the SEC Championship on Wednesday at Sea Island Golf Club.

Georgia golfer, and St. Simons native, Davis Thompson flashes a smile during the first round of the SEC Championship on Wednesday at Sea Island Golf Club.

Georgia golfer, and St. Simons native, Davis Thompson tees off during the first round of the SEC Championship on Wednesday at Sea Island Golf Club.

This week has taught me that some golf “experts” out there aren’t quite ready to embrace the millennial generation joining the workforce.

A well-known golf journalist/ blogger, whom I won’t name because I don’t want to cause trouble, wrote something about the upcoming U.S. Open media days. According to him, media days have gone from discussing the venue, defending champion or fan experience into a C-lister showcase.

Or, as I like to call them, golf influencers, who, like most journalists, are on social media making podcasts, using social platforms to grow their audience. We see them in football and basketball — golf is no different.

He also shames Paige Spiranac, who plays golf and is an influencer with quite a bit of followers and endorsement-type deals. She’s a pretty girl that isn’t afraid to show it, and that’s helped her gain a lot of her crowd.

Then they shamed Barstool sports Foreplay Pod, which is the golf portion of Barstool Sports. They have tournaments, sell merchandise and follow golf intently. Those boys love golf and regardless if you like them or not, bring a crowd.

Are these people everyone’s favorites? Probably not, but they have massive followings that draw attention to golf. People embrace them, go to them for information and yet to this person, they’re not good enough to be at the U.S. Open.

I highly disagree with him, and I’m here to say embracing the millennial and younger generation is how golf continues to grow. How does this person think golf will grow if we continue to use the old methods?

Golf influencers not only provide the same kind of information as journalists, but they also put their personalities into it.

While not all of them are journalists, there is a percentage of them, including myself.

He’s shaming them because he doesn’t think like them, and that’s OK. Some people like the tradition that golf brings, including me. At the same time, there isn’t anything wrong with trying new things.

To shame and belittle these influencers goes to show, at least in my opinion, he isn’t OK with the change.

Social media has been here for a while now, and it’s not going anywhere. It’s where a good chunk of people get their information and whether anyone likes it or not, these influencers are staying and multiplying.

There is even the social media challenge where PGA Tour players are now trying to grow their audience to potentially part of a $40 million pot. Social media is how we’re reaching people nowadays, and his words show he isn’t comfortable with it.

Those listed above, especially Foreplay Pod, have massive followings. What does that do for golf? Well, it grows the game.

Isn’t one of the mottos to grow the game? These people are doing that in their entertaining way.

I think it’s sad as a veteran person in this industry to publicly shame them for being themselves and changing the game. He also tries to say they’re not public figures, which is a discussion we don’t have time for because, well, that whole topic isn’t black and white.

No one likes change because it’s scary and unpredictable, but learn from them. Don’t belittle or talked down to younger people who do things differently because it isn’t your cup of tea.

This topic has been sitting on my mind the last few days, and I think by embracing these kinds of influencers, golf can reach every type of person. Growing golf means more courses, more opportunities, more golf in every aspect. We must protect the game we love, and what is one way we can do that — by embracing these influencers and learning from them.

They are doing something to draw in crowds, and I think the PGA Tour is listening — along with the USGA and PGA.

Walker Cup set to entertain those who love amateur golf

The 2021 Walker Cup is this week on May 8 and 9 at Seminole Golf Club in Juno Beach, Fla., and I am beyond excited.

After seeing the Jones Cup play out at Ocean Forest Golf Club earlier this year, I knew when the Walker Cup came around that I would have to follow it intently.

These rosters are just oozing with talent.

The U.S. team leads 37-9-1 in the overall series and could see another victory this year.

I’m not the only one excited about it, as the limited number of tickets that were made available have sold out.

This event is going to be must-watch golf. While the PGA Tour is competing at the Wells Fargo Championship, I will be more interested in how the U.S. Team fares.

Thompson and Strafaci are just two of the guys you’ll likely see on the PGA Tour sooner than later, and what is wilder, they’re going to find success quickly.

As we’ve seen in the last couple of years, these young guys are coming on Tour with no fear. I think the ones who can play on a Walker Cup team only have another thing that helps them make the transition. I mean, we’ve seen former Walker Cup guys like Justin Rose, Brian Harman, Jordan Spieth and Rory McIlroy — to name a few.

It’s a premier event that will draw even more attention to golf, and that in itself is what we need. The more coverage and exposure, the more we can grow golf.