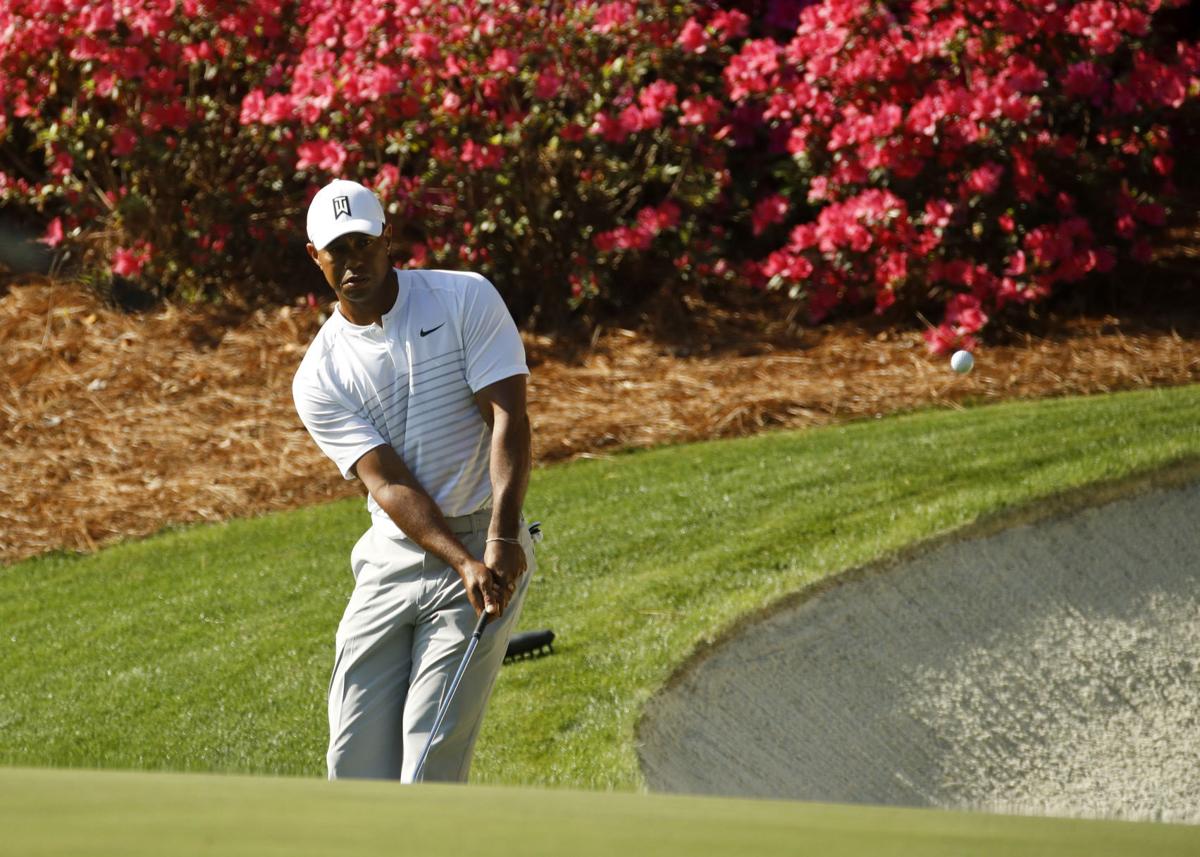 Tiger Woods hits a chip on the 13th hole during practice for the Masters golf tournament at Augusta National Golf Club on April 3, 2018, in Augusta. 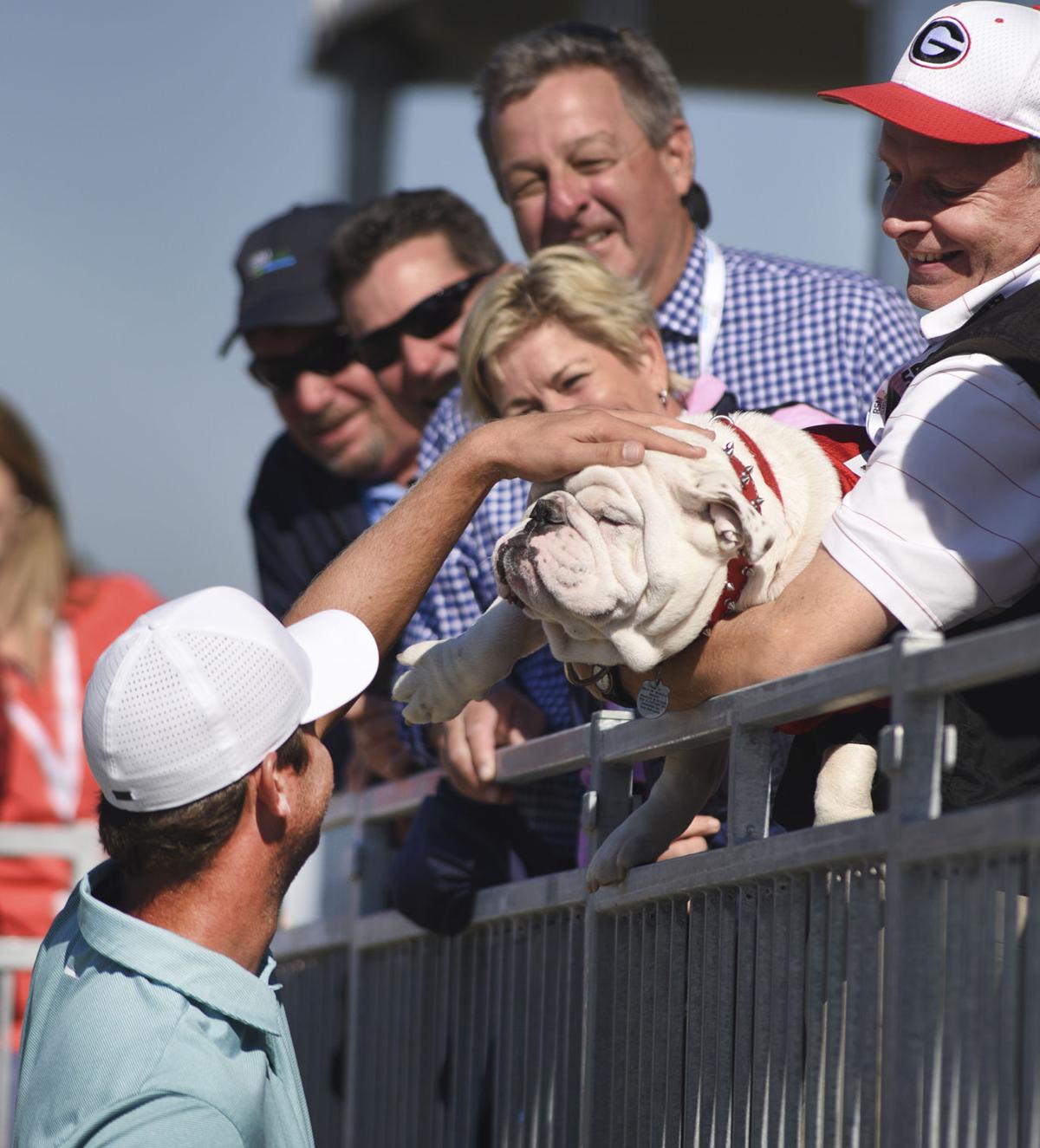 Tiger Woods hits a chip on the 13th hole during practice for the Masters golf tournament at Augusta National Golf Club on April 3, 2018, in Augusta.

What are two things southerners love? Football and the Masters Tournament every April.

It used to fall on the same week as Georgia’s annual G-day scrimmage, but since Kirby Smart got to Athens, it seems like they work around the Masters.

Now, if 2020 couldn’t get any weirder, the Masters and College GameDay have teamed up and will be at Augusta National on Saturday, Nov. 14.

As if November couldn’t get any better, they’re allowing College GameDay to be at Augusta National — I think November just became my favorite month.

I’m excited and in shock all at the same time. I believe this is a touchdown of a move or a hole-in-one call because it not only combines my two favorite things, but it could end up helping both the tournament’s and GameDay’s ratings.

It could even turn on someone who doesn’t love golf to watch the Masters on Sunday or turn someone who loves golf but doesn’t like football to give GameDay a chance.

Not to mention without any fans and the Masters playing in November, why not do it? There are no fans allowed at College GameDay this season, nor will there be any patrons at Augusta National. We’ve seen this GameDay for a few weeks now, and while it’s not boring, it’s just not the same.

So why not incorporate two things southerners love most? I think it was an easy decision. While I’m a person who values tradition, I also love it when folks try new things during unprecedented times.

Many people won’t like this because they claim the two have nothing to do with each other, but I beg to differ.

Harris English, a local PGA Tour pro and massive Georgia football fan, said the guys who enjoy football find ways to do their job on the course and know who’s winning.

“If I’m on the course in a tournament, and I know that Georgia is playing or some big games are going on, I ask the volunteers or the cameramen or the boom mic guy — I’m always keeping up with it,” English said. “We are worried about our job and what we’re doing on the course, but we are keeping up with our teams. That’s what we’ve been doing a long time now — that’s what we’re all passionate about.”

Fred Ridley, Chairman of Augusta National Golf Club, has announced that the tournament will provide an expansive slate of content, and that was when he announced GameDay would air live on Saturday.

In addition to the collaboration with GameDay, Augusta National worked with CBS Sports to give the viewers different angles and shots from around the course. Then there is also the free app people can download that’ll have tons of Masters stuff incorporated.

I have to give these chairmen credit for trying new things to grab viewers’ attention. Granted, we haven’t had a Masters Tournament in almost a year, so I don’t think they will have a hard time getting people to watch.

However, it’s crazy to think there won’t be thousands of people at Augusta National — honestly, I wouldn’t say I like thinking about it.

GameDay’s stage will be overlooking Ike’s Pond and the 9th green of the Par 3 course. It’ll air from 9 a.m. to noon like it usually would.

ESPN has done a great job this season incorporating those “feel-good” stories that pull on your heartstrings and make you even like the rival’s team — well, maybe not like, but you’re empathic towards the story.

Like the one they did about Stetson Bennett, which included some great quotes from Brunswick High coach Sean Pender, who coached Bennett in high school. Those stories are some of my favorites, and I’m excited to see how they incorporate those with Augusta and the golfers.

I hope they choose some Georgia boys to do some stuff on, or honestly, any feel-good story that includes both of my loves will suit me fine.

It’s likely this is only going to happen once because the Masters is usually played in the spring when Game Day isn’t happening. Granted, I know I cannot change anyone’s mind about whether or not they think this is a good idea — just enjoy it.

Before we can get to the Masters, the PGA Tour is in Bermuda for the Bermuda Championship at Port Royal Golf Course.

There are four Golden Isles golfers in the field as Jonathan Byrd, Josh Teater, Keith Mitchell and Hudson Swafford all tee it up for a chance at FedEx Cup points.

Brendon Todd is looking to be the first golfer to defend his title since Brooks Koepka won the 2019 PGA Championship. It all turned around for him at this tournament last season after missing 43 cuts in 55 starts. He then won back to back tournaments and hasn’t had to worry about keeping his status since then.

As for the Golden Isles boys, Byrd is paired up with Vaughn Taylor and Hunter Mahan for the 12:05 p.m. tee time.

Teater will play with Tim Wilkinson and Cameron Percy at 12:25 p.m. local time. Swafford and Mitchell are paired up together for the first two rounds and will tee off today at 12:45 p.m. local time.

It should be another good week of golf, and hopefully, everyone will stay safe with their travels. With the Masters and RSM Classic quickly approaching, we need everyone in good health to see the best field.