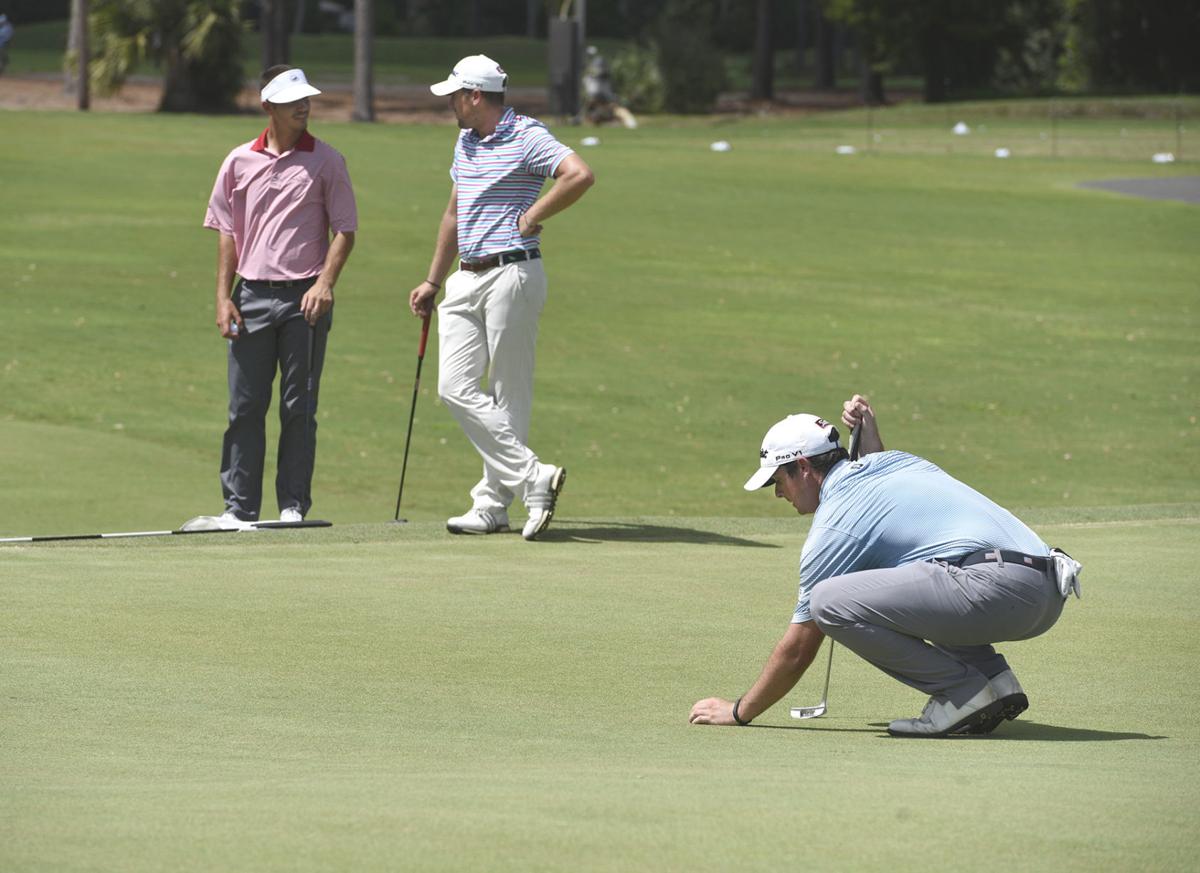 Bryce Howell of Blythewood, S.C., lines up his putt on the 18th hole while Nick Stafford of Gastonia, N.C., left, and Chad Cox of Charlotte, N.C., look on during a Web.com Tour Q-School pre-qualifier last year at Brunswick Country Club. 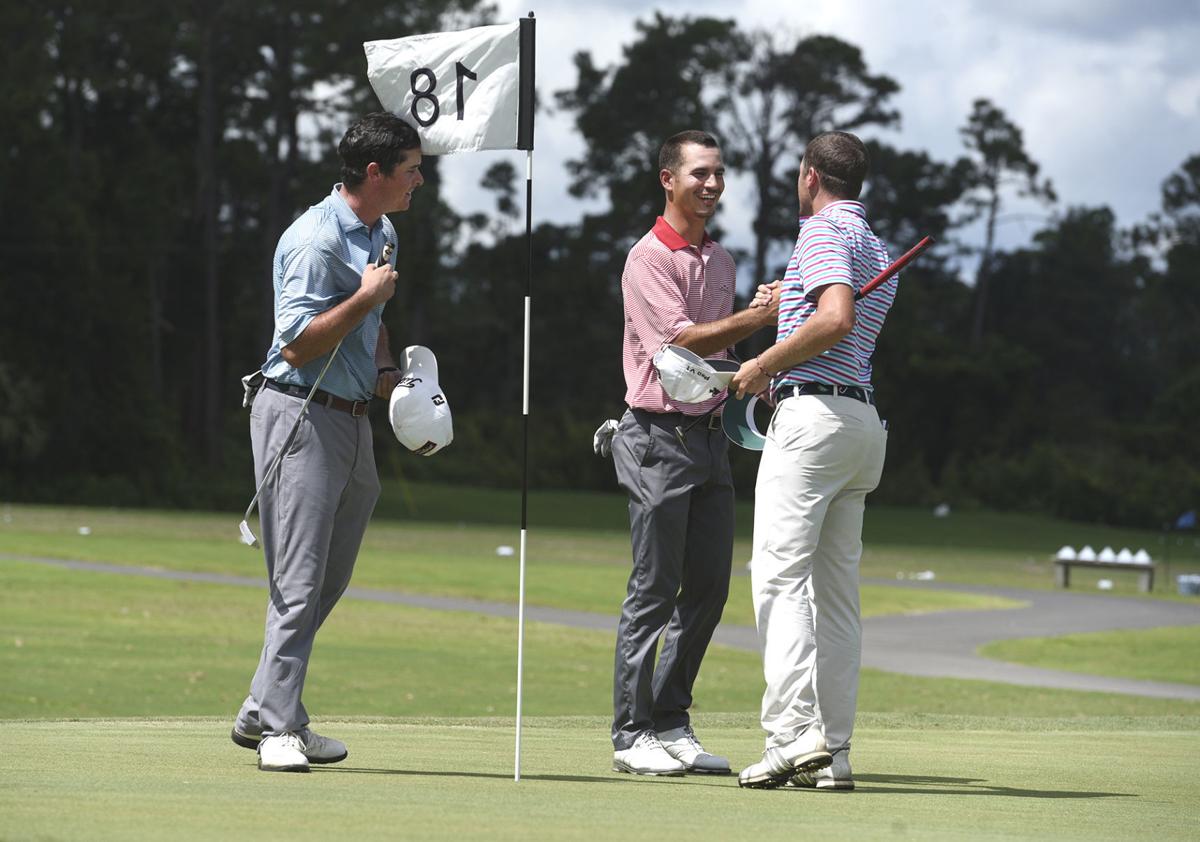 Bryce Howell of Blythewood, S.C., lines up his putt on the 18th hole while Nick Stafford of Gastonia, N.C., left, and Chad Cox of Charlotte, N.C., look on during a Web.com Tour Q-School pre-qualifier last year at Brunswick Country Club.

Q-School is back in session.

The Korn Ferry Tour Pre-Qualifying Tournament is set to return to the Brunswick Country Club today for the eighth consecutive year.

Although its not the PGA Tour, the Korn Ferry Tour (previously known as the Web.com Tour) represents the beginning of the climb to the highest level.

“It kind of flies a little bit under the radar,” said BCC golf pro Dan Hogan. “This is kind of the starting point…

“This is for guys that have no status and are working to gain status. The first step is to get past this pre-qualifying tournament.”

The field at Brunswick Country Club consists of 74 golfers, approximately half of which will advance onto the First Stage of the Q-School. Unlike previous years, no local competitors will be among the field.

The pre-qualifying tournament is just one of six held around the country. The Brunswick Country Club earned the right to host after the first RSM Classic — known as the McGladrey Classic at the time.

“We hosted one of the pre-qualifiers for [RSM] and it evolved into being able to host this tournament the following year,” Hogan said.

Following the pre-qualifier, advancing golfers will compete in one of 12 First Stage events before another cut ahead of five Second Stage events. Players who advance to Final Stage are assured a Korn Ferry Tour card for the next season.

A couple of early Brunswick High miscues led to runs, and that’s all Camden needed to take a 4-1 victory Monday evening.

Both teams looked to set the tone early with each getting on the scoreboard in the opening frame.

Alyssa Giles led the game off with a single for the Pirates before going on to steal second, advance to third on a passed ball, and score the game’s first run on Molly Williford’s RBI single.

Williford stole second to give Brunswick another runner in scoring position with just one out, but the half inning came to an unceremonious end on a double play a pitch later.

Camden’s momentum continued to build when lead-off batter Alyssa Haggerty was hit by a pitch. Following a sacrifice bunt, Amber Griffin’s double gave the Wildcats runners at second and third.

The next batter, Lexi Foskey, lined out to second, but Kourtney Whitten tagged up and sprinted home for the Wildcats third and final run of the inning.

Camden tacked on another run on an error in the fifth while Griffin mowed down Brunswick batter after batter after getting the start. She finished with 10 strikeouts to two walks, three hits, and an earned run over seven innings.

Lauren Peterson started the game in the circle for the Pirates and pitched two innings, allowing three hits and three unearned runs before giving way to Eric Bentley, who gave up three hits and another unearned run over the final four frames.

A Georgia House bill that would have created a way for the transfer of state heritage grounds and structures into private hands has died in a Senate committee.

Higgins nearing signatures needed to get on ballot

For Keith Higgins, the leaking of a video in May showing the last few minutes of Ahmaud Arbery’s life was a wildfire.

Roderrick Davis has painted murals before, but the one gracing the south-facing side of an old car wash on Altama Avenue represents two firsts for the Brunswick artist.