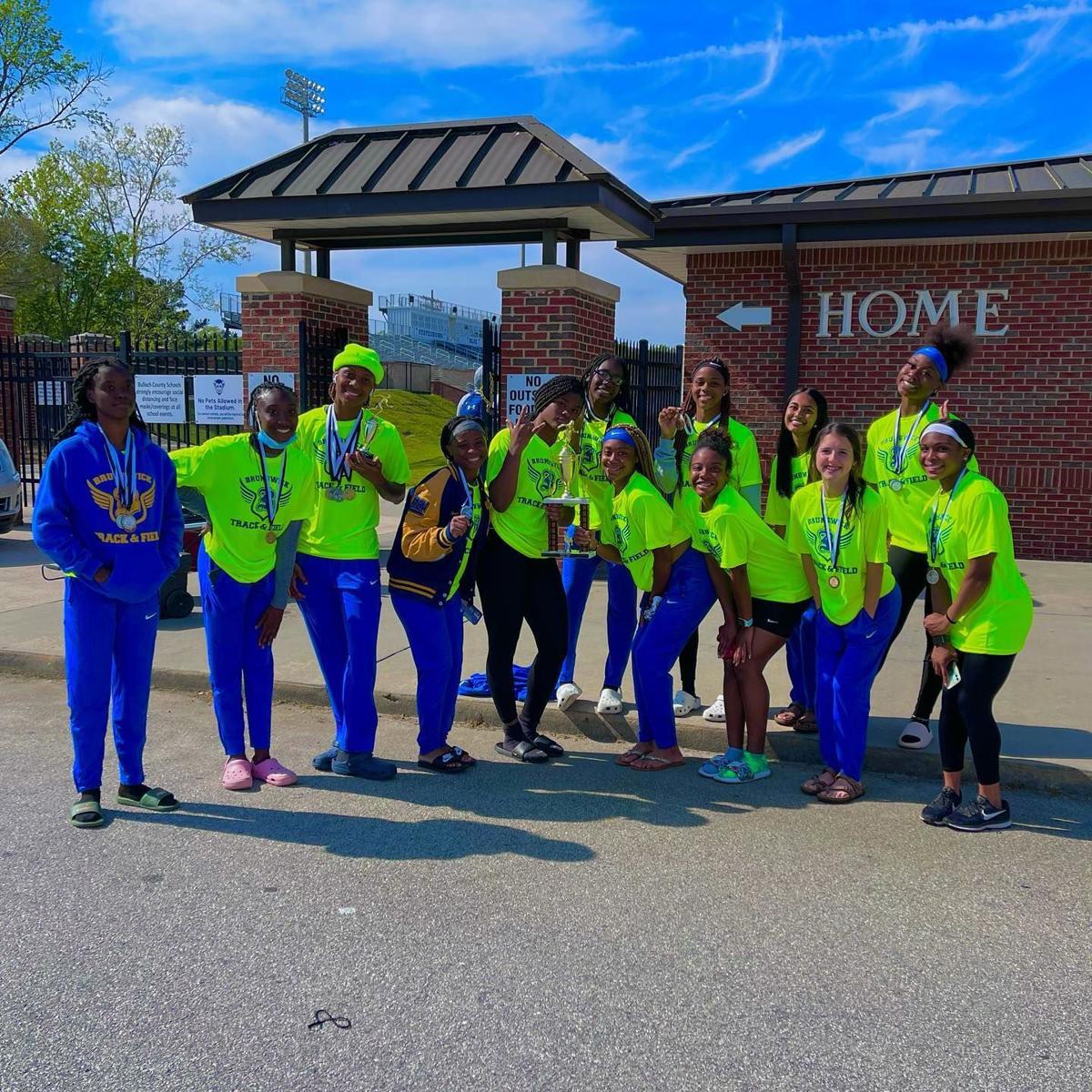 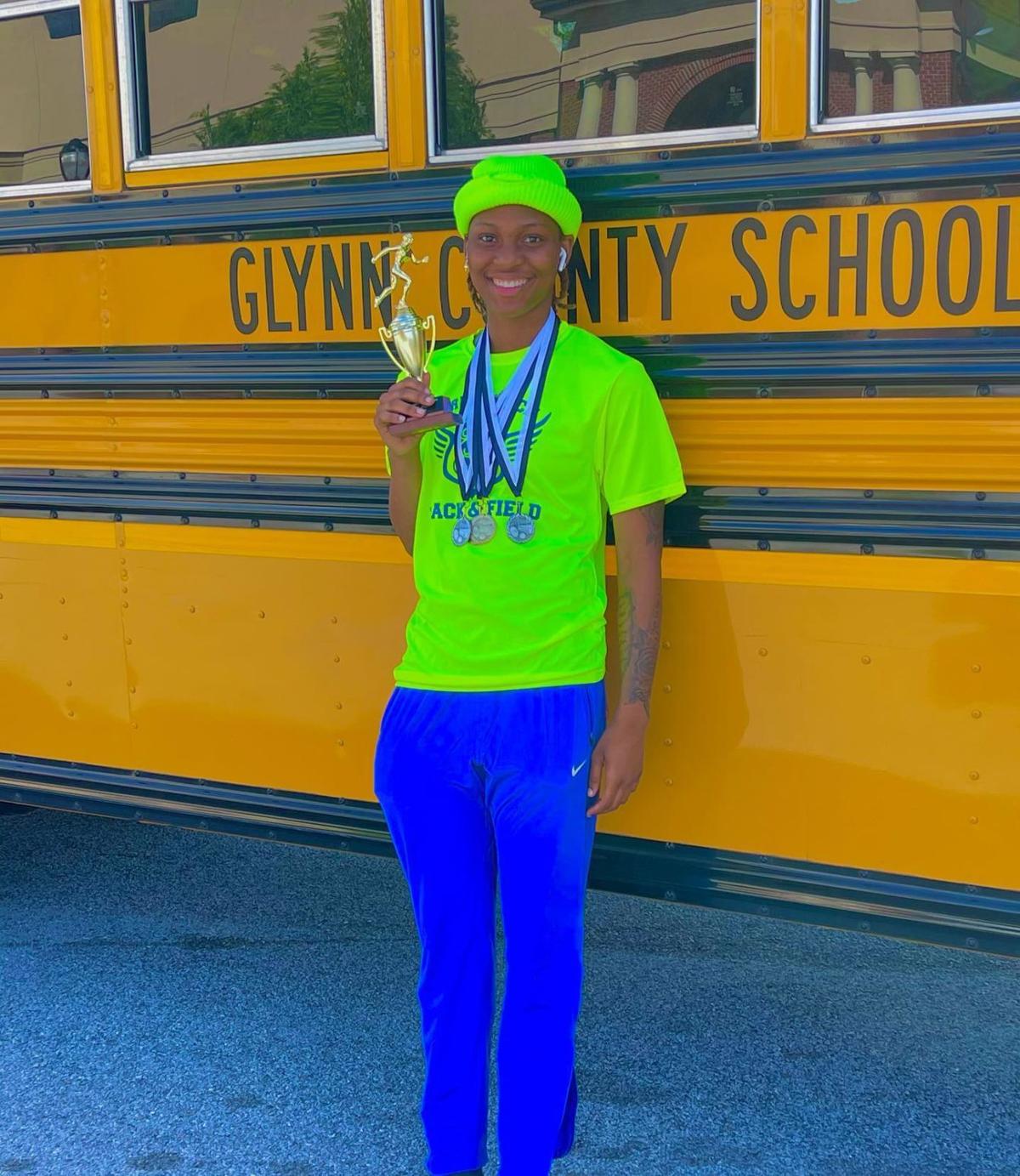 Makaila Brown poses with her trophy after finishing as the high point winner at the Statesboro Relays on Saturday.

Makaila Brown poses with her trophy after finishing as the high point winner at the Statesboro Relays on Saturday.

Makaila Brown led the way for Brunswick High’s girls track team Saturday at the Statesboro Relays as she was the high point trophy winner with 36 individual points as the Lady Pirates tied with Effingham at 119 points for first place at the event.

Statesboro High came in third with 107.50 points, 11.5 points behind the two winners.

In the 100-meter dash, Shanya Smiley finished in 13.04 for sixth place and Hannah Holliman in 13.61 for eighth place.

In the 100-meter hurdles, Jaleah Rhett finished third with an 18.05 time. Two Lady Pirates placed in the 300-meter hurdles as Aleesha Hobbs captured fifth in 54.75 and Rhett seventh in 54.89.

Akeelah Bryan also placed fifth with a 4-foot-10-inch jump in the high jump event. She also placed second with a 16-foot-5-inch leap in the long jump.

Shanyece Quick was the lone placer in the discus with a 71-2 throw. Quick also placed fourth in the shot put event with a 31-1 throw.

Brunswick High’s boys soccer team took on Benedictine Military School Saturday at Lanier Field and came away with a 1-1 tie.

With that tie, the Pirates move to 11-2-1 on the season with two region matchups left on their schedule.

The Pirates opened up the scoring in the first half as Noah Hunter scored off of an Alex Ortiz cross. Brunswick held onto the lead until late in the second half when the Cadets responded with their own goal.

Since it wasn’t a region game, there were no overtime periods.

“Both teams had good chances throughout the game,” said Brunswick coach Greg Sturm. “We were able to get some of our younger players some valuable playing time while resting some of our starters who had minor injuries. Benedictine showed the kind of style we will expect to see once we begin the state playoffs in a few weeks.”

Brunswick has to win its final two road region matches left on its schedule to capture its first region championship. If they don’t win both, Glynn Academy will earn the region title. They have the week off but will get back to action as the Pirates will travel to South Effingham on April 12 and Statesboro on April 14.