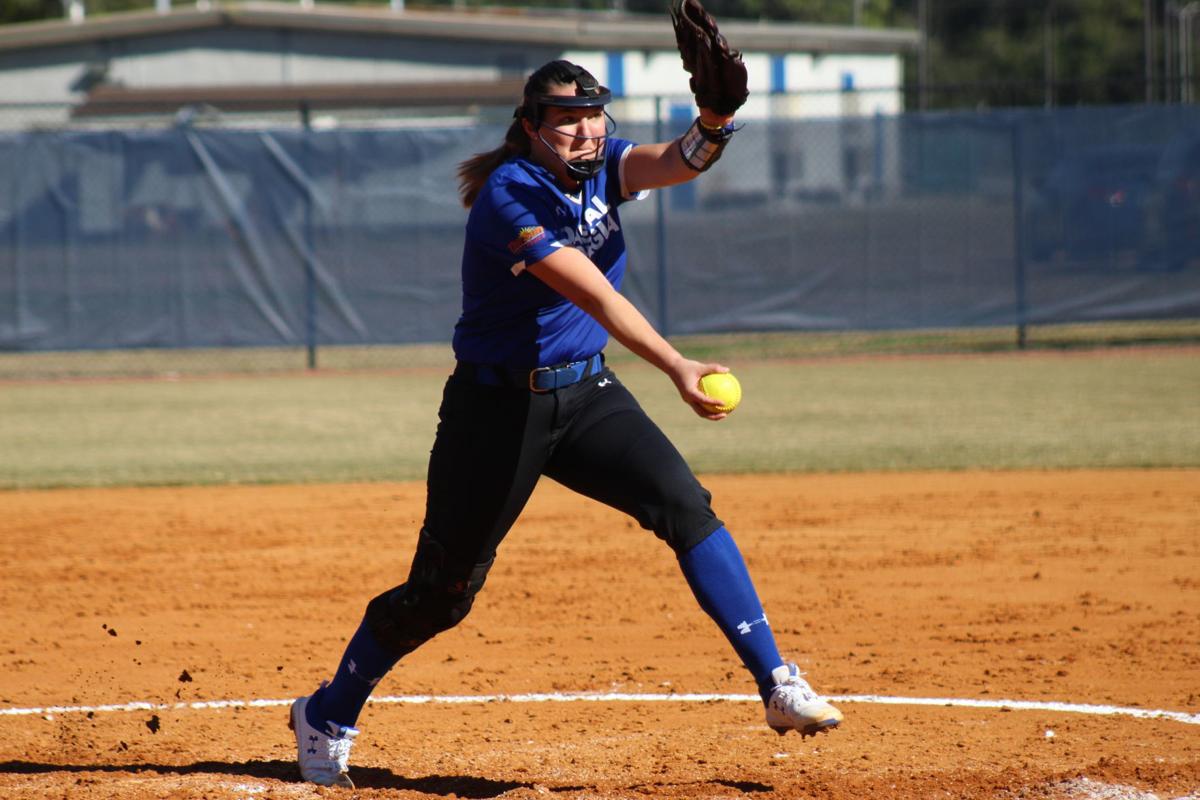 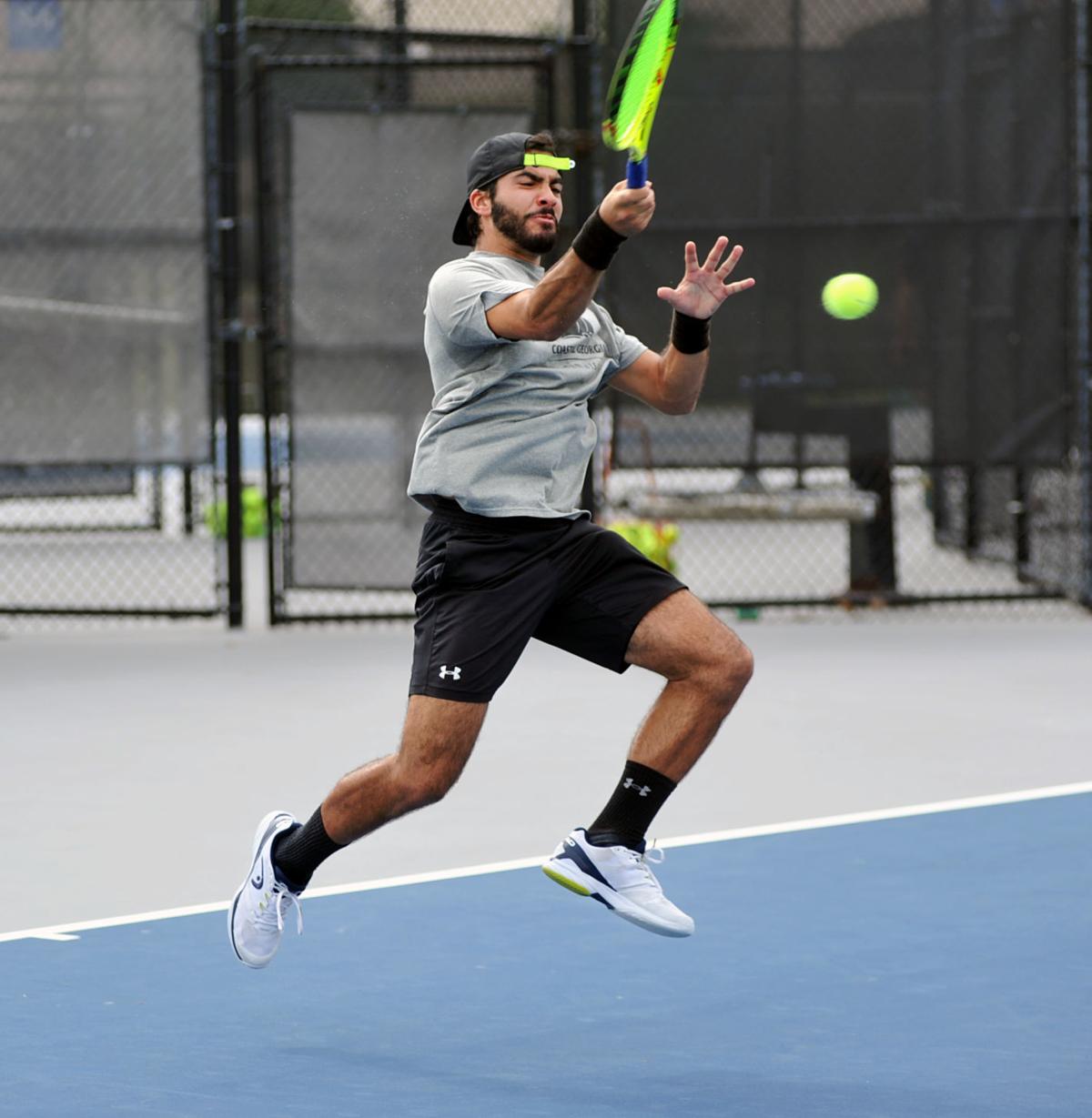 Coastal Georgia’s Adrian Farina competes in a match against Georgetown College this past season at the Marta B. Torrey Tennis Complex. 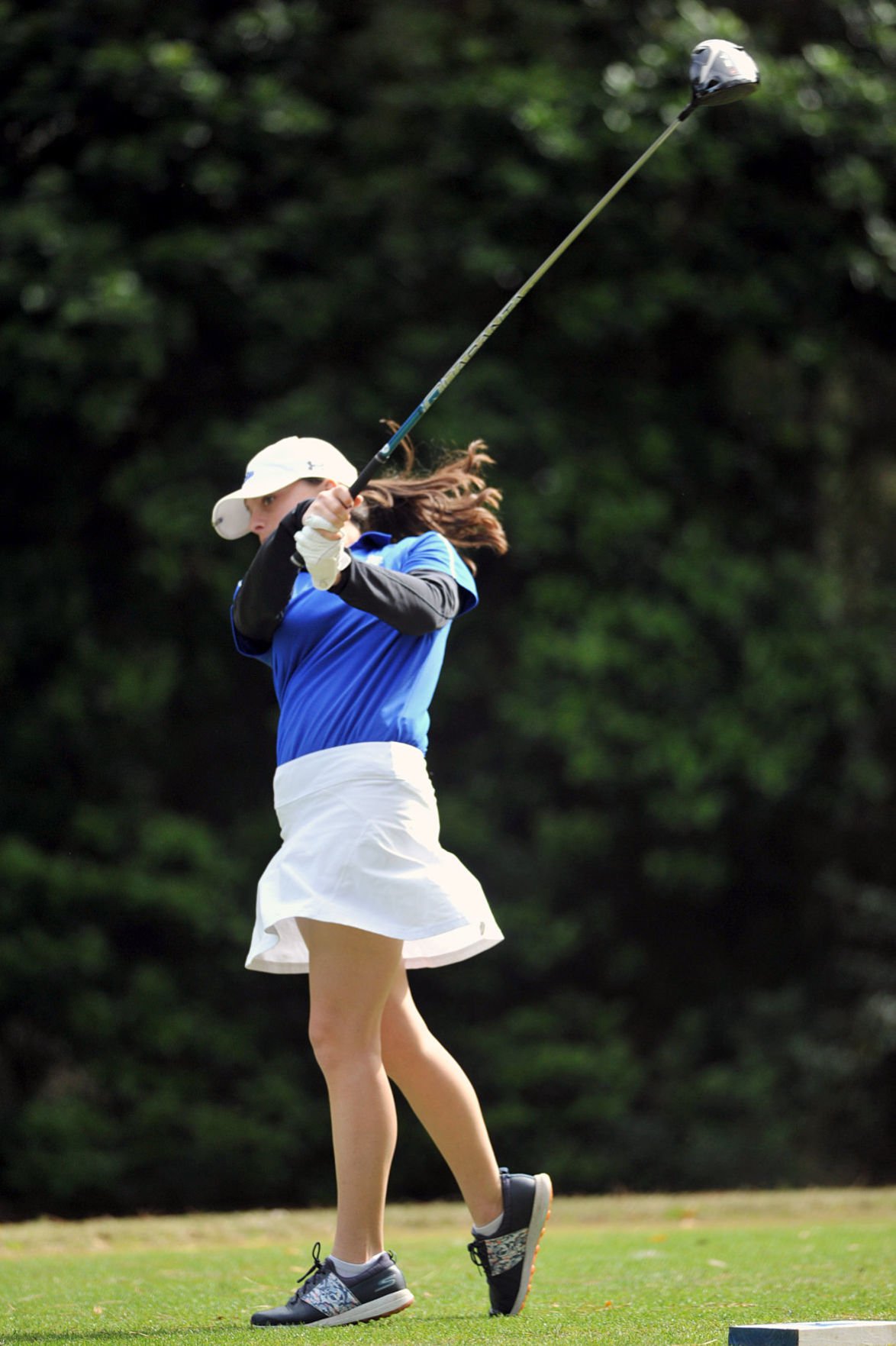 Coastal Georgia’s Kylee Wheeler tees off at the women’s Winter Invitational at King and Prince Golf Course this past season. 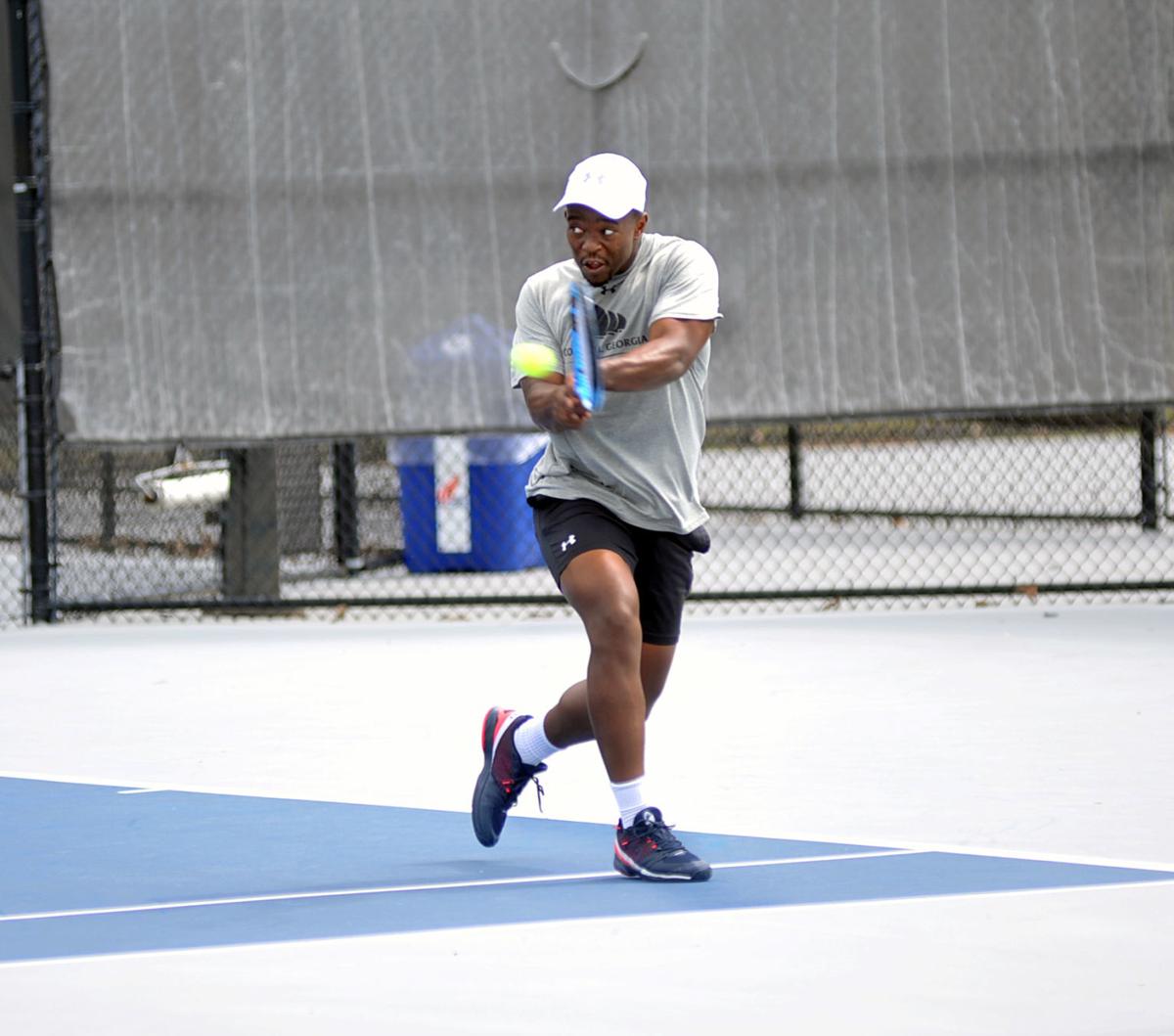 Coastal Georgia's Khanyakweze Ramokgopa competes in a match against Georgetown College this past season at the Marta B. Torrey Tennis Complex. 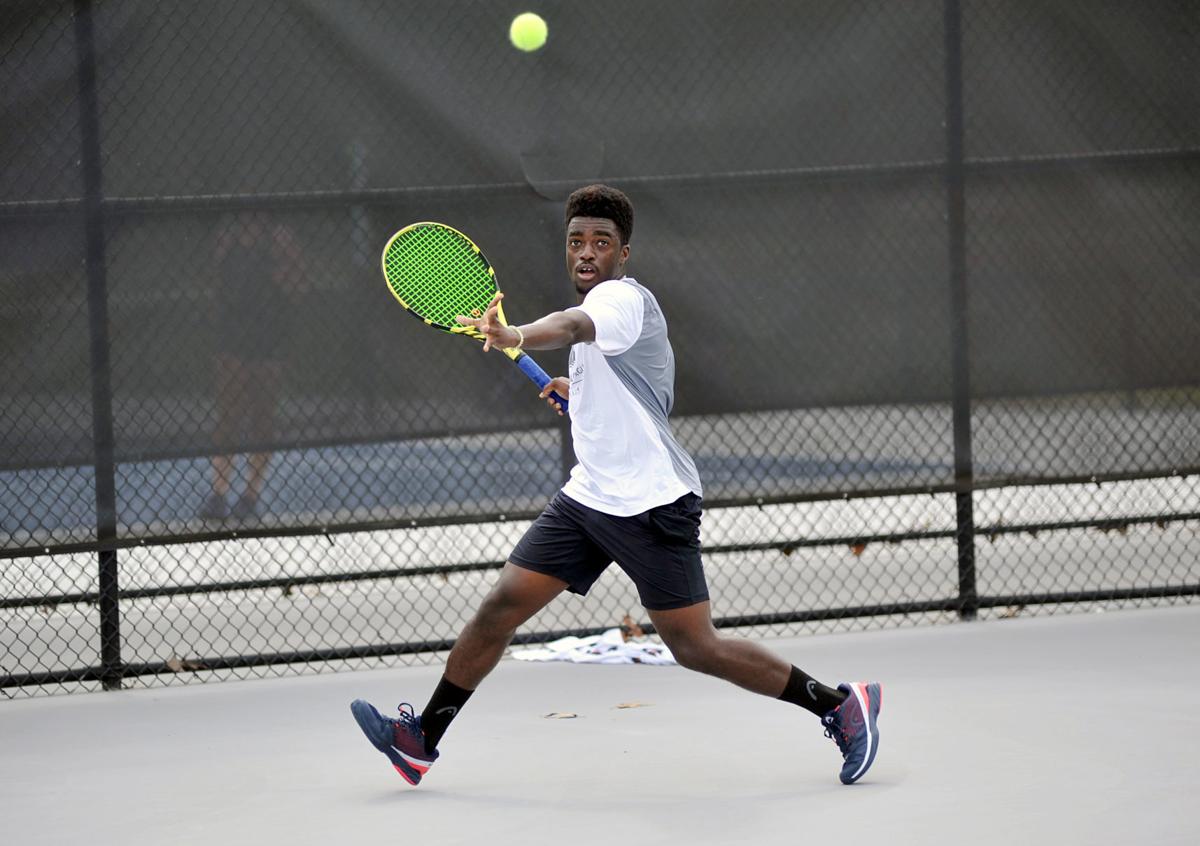 Coastal Georgia's Talic Jamela competes in a match against Georgetown College this past season at the Marta B. Torrey Tennis Complex. 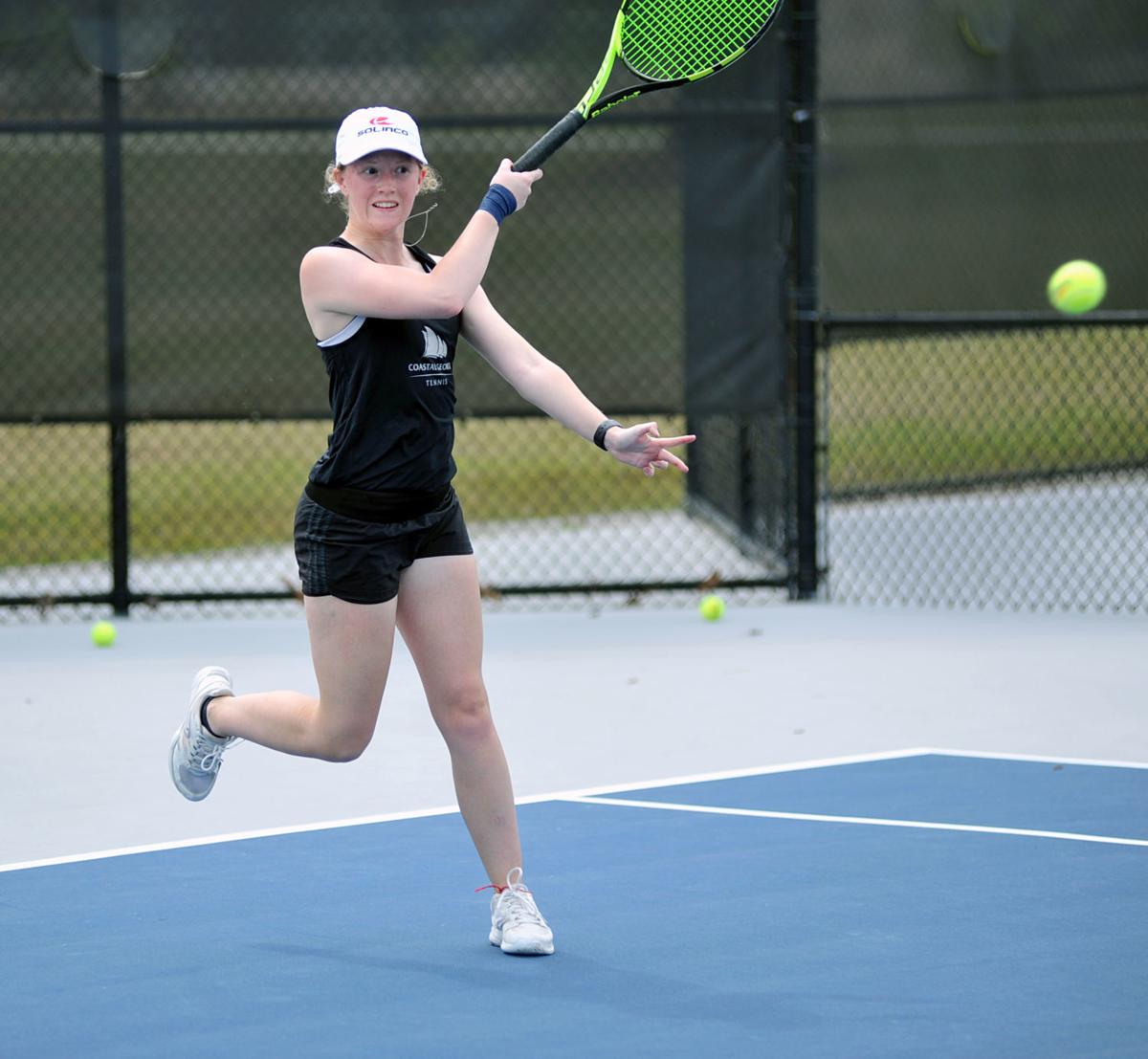 Coastal Georgia's Madeline Garner plays a match against Georgetown College at Marta B. Torrey Tennis Complex this past season. 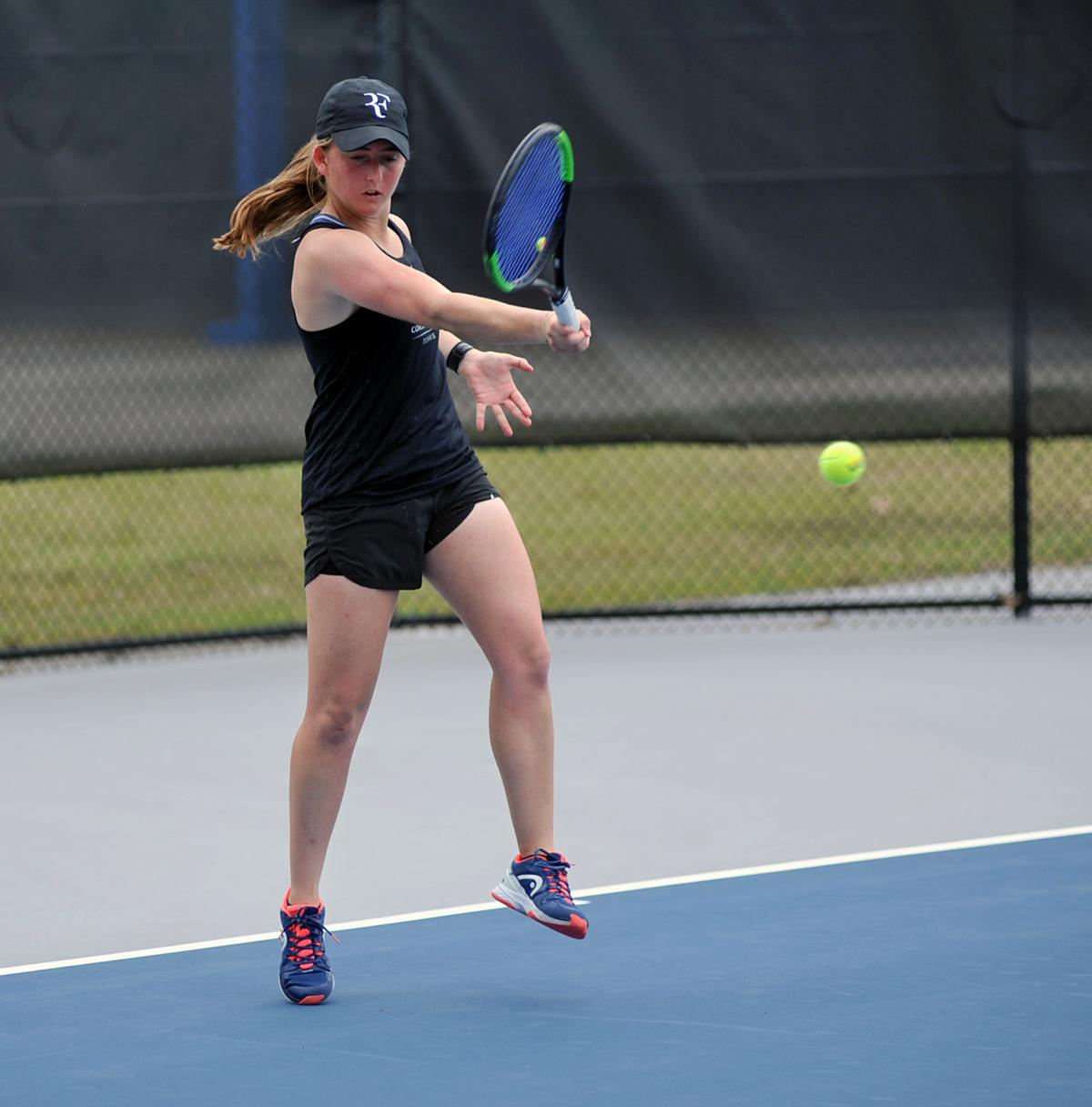 Coastal Georgia’s Paola Beneyto Moller competes in a match against Georgetown College at the Marta B. Torrey Tennis Complex this past season. 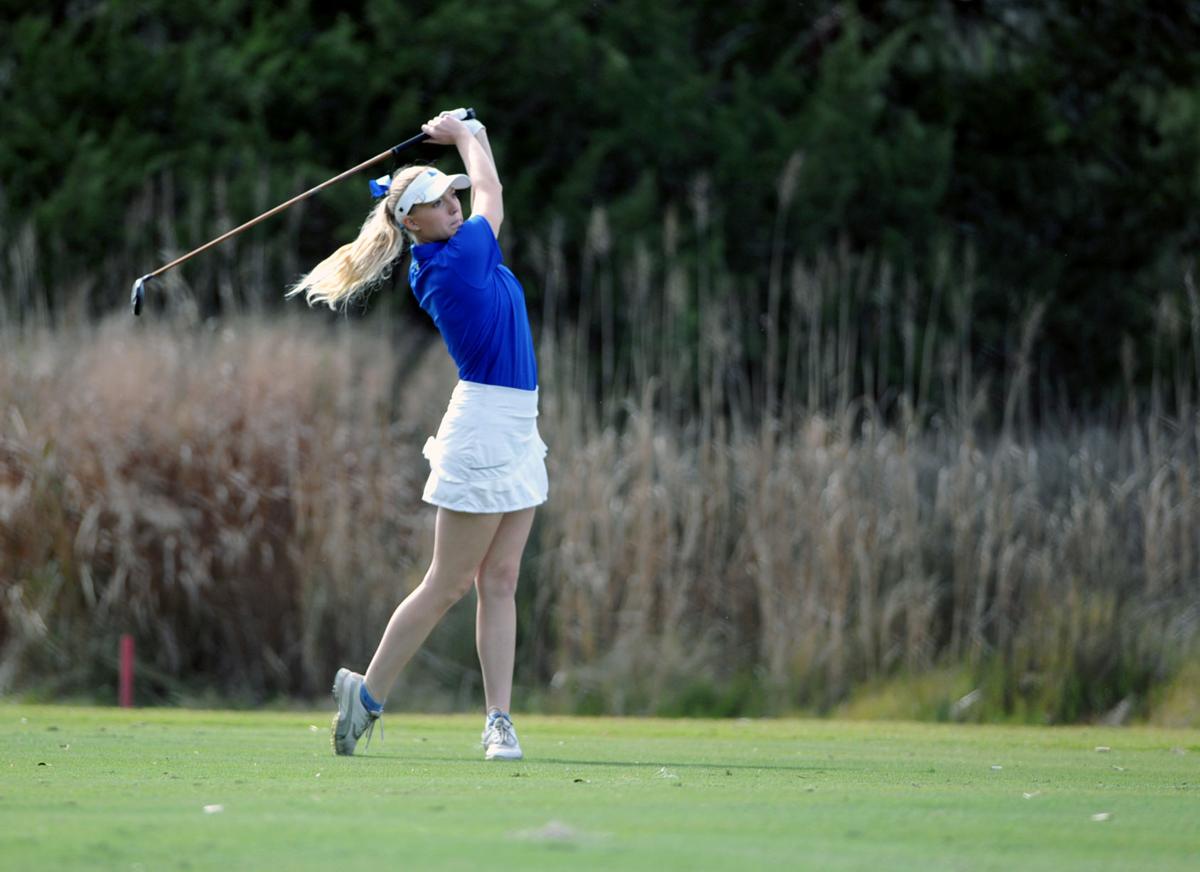 Coastal Georgia’s Megan Ramer swings through a shot Monday during the women’s Winter Invitational at King and Prince Golf Course. 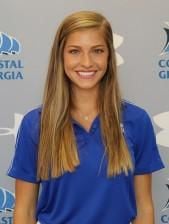 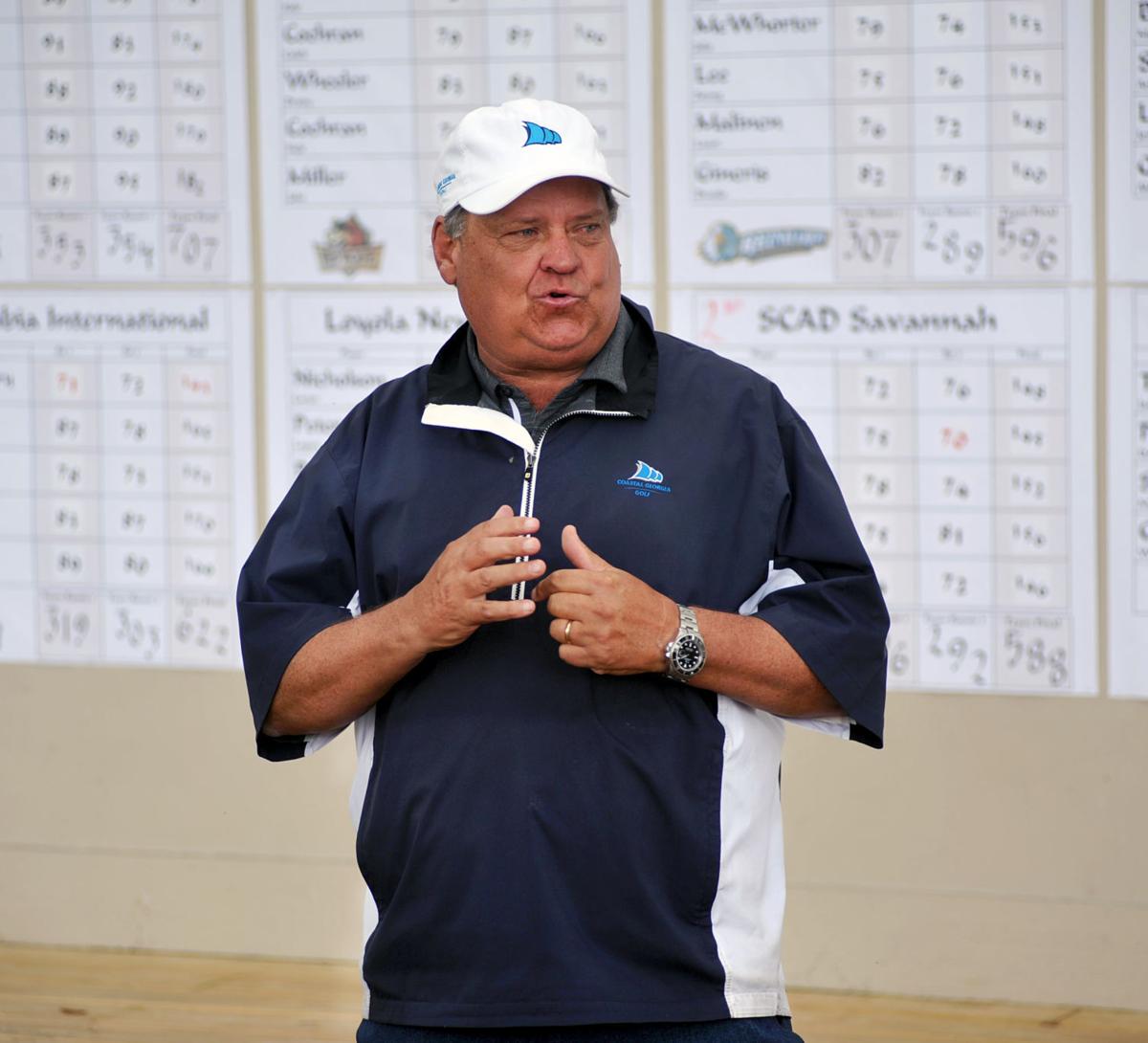 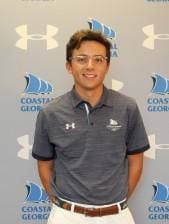 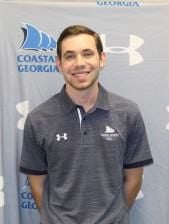 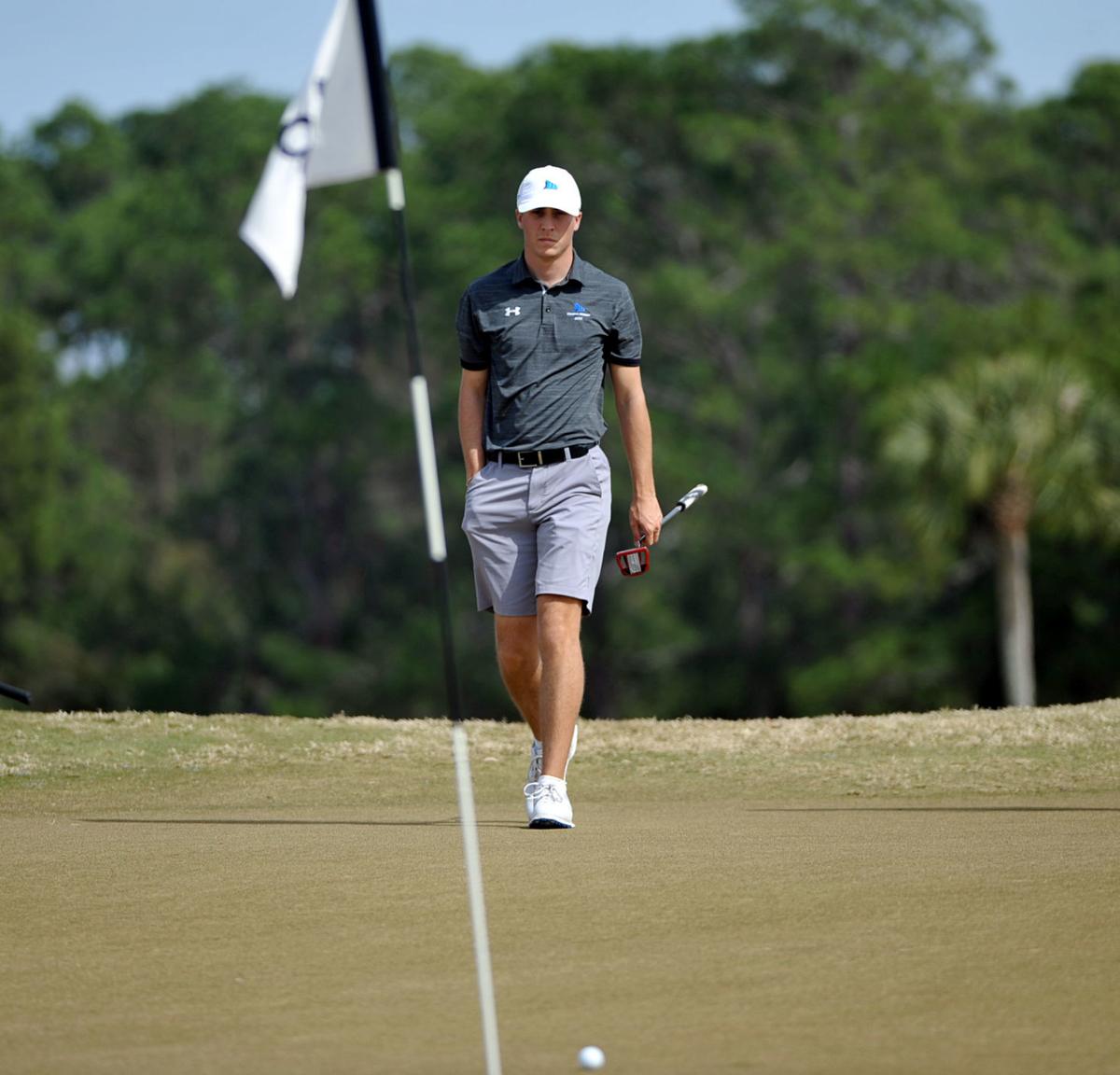 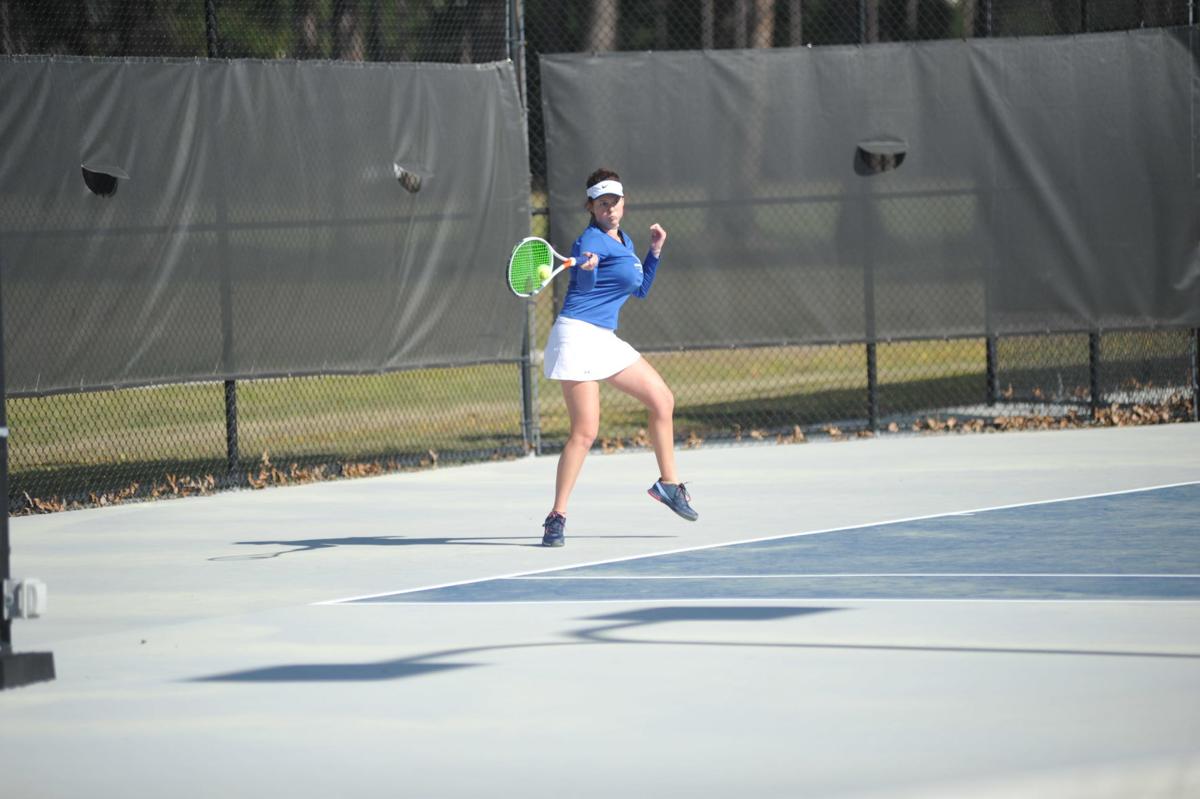 Coastal Georgia’s Caitlyn Napier competes in a match against Webber International at the Marta B. Torrey Tennis Complex this past season.

Coastal Georgia’s Adrian Farina competes in a match against Georgetown College this past season at the Marta B. Torrey Tennis Complex.

Coastal Georgia’s Kylee Wheeler tees off at the women’s Winter Invitational at King and Prince Golf Course this past season.

Coastal Georgia's Khanyakweze Ramokgopa competes in a match against Georgetown College this past season at the Marta B. Torrey Tennis Complex.

Coastal Georgia's Talic Jamela competes in a match against Georgetown College this past season at the Marta B. Torrey Tennis Complex.

Coastal Georgia's Madeline Garner plays a match against Georgetown College at Marta B. Torrey Tennis Complex this past season.

Coastal Georgia’s Paola Beneyto Moller competes in a match against Georgetown College at the Marta B. Torrey Tennis Complex this past season.

Coastal Georgia’s Megan Ramer swings through a shot Monday during the women’s Winter Invitational at King and Prince Golf Course.

Coastal Georgia’s Caitlyn Napier competes in a match against Webber International at the Marta B. Torrey Tennis Complex this past season.

For the second year in a row, a Coastal Georgia golfer landed on the shortlist of finalists for the Golf Coaches Association of America’s Jack Nicklaus National Player of the Year Award.

As a sophomore, Scott finished with a 71.56 scoring average that was good for sixth in the final Golfstat Ranking, and he posted three top-5 finishes, including top-10 in each of the six tournaments he competed in.

Last year, it was senior Mark David Johnson who was named a finalist for the Jack Nicklaus National Player of the Year Award, and he was eventually announced as the winner.

Coastal Georgia could have a second straight winner in Scott when the award is announced at the Memorial Tournament scheduled for July 13-19, but like Johnson, he won’t have the opportunity to repeat in the NAIA. Scott is set to transfer to the University of Georgia next season to compete at the Division I level.

The College of Coastal Georgia Student-Athletes of the Year exude characteristics the athletic department values most — expressed by the acronym SAILS — scholarship, athleticism, integrity, sportsmanship.

The head coach of each sport nominates one athlete, and a vote is taken of all the nominees. Softball’s Paige Alt, and men’s golf’s Eli Scott were selected as the most deserving Mariners for the 2019-20 school year.

“I am so grateful to be receiving this award as Female Student Athlete of the Year,” Alt said. “I could not have done it without (Mariners head coach Mike Minick) and (assistant Terry Stewart) along with my teammates. Coach Mike provided me the opportunity to play an amazing four years of softball while providing me with so many opportunities to succeed. He is an amazing coach who took a chance on me and made me into an amazing player at the collegiate level.

“He helped in not only athletics but academics as well to ensure I had the best experience. Coach Terry always showed how much he believed in me which gave me a lot of confidence and focus, which is a huge part of the player I am today. My teammates always had my back and lifted me up. I am so thankful to be been a colligate athlete for four years at Coastal Georgia and wouldn’t trade it for the world. This is the perfect end to a perfect four years.”

Scott responded: “I want to start off by saying how honored I am to be named Male Student Athlete of the Year. As a student athlete here at Coastal Georgia this is the ultimate honor and I am extremely thankful to have been voted upon by such an outstanding group of faculty and staff in our athletic department. Each one of them has been willing to help with any and everything when I needed it and for that I am very appreciative.

“Without being surrounded by a wonderful team and even better coach, this would not have been possible. Each guy on the team respectively held their own throughout the year and only pushed me to become better on and off the golf course. (Coastal men’s golf coach Mike Cook) was a driving force behind my success this year while making me want to be the best I could possibly be day in and day out. There is a reason why he is known as one of the best golf coaches in NAIA history… To all the faculty and staff, my teammates and coach here at Coastal Georgia, I am truly thankful for all of you.”

Alt is a senior education that will graduate today with a 3.88 cumulative GPA, having made the President’s List for three years and received an academic achievement award.

Her athleticism has been on display for the last four years as she’s set several of the program’s single-season and career records, including becoming the all-time leader in hits (164), RBI (101), home runs (20), wins (48), ERA (1.68), and strikeouts (321). Alt was named The Sun Conference’s Player of the Year in 2019, and appeared well on her way to earning back-to-back honors by besting her previous season’s batting average and ERA.

Alt showed her integrity and leadership as a team captain the past two seasons, and off the field, she created service-learning projects to promote positive learning experiences for students in Glynn County and served on the Coastal Georgia Student Athlete Advisory Committee for three years as an advocate for her fellow student-athletes.

Also Coastal’s female representative for the TSC’s Association of Student-Athletes, Alt was responsible for bridging gaps and creating good sportsmanship between athletes in the conference.

A business major, Scott maintained a 3.1 cumulative GPA over two years at Coastal Georgia, and on the golf course, he led the Mariners with a 71.56 stroke average that was the fourth-lowest in a single season in program history. He set the single-season record for lowest par-five average at 4.4395, and he was named a Ping All-American first team member.

Cook praised Scott integrity as someone who plays by the rules and will call out someone who does not, and despite being just a sophomore, his impact as a leader has been clear on a Coastal Georgia men’s golf team that ranked No. 1 in nearly every major poll this season.

Scott has also volunteered with the PGA Tour’s RSM Classic contest hosted for the Special Olympics for the past two years, as well as assisting with the RSM charity bike race on Jekyll Island.

The other two Mariners’ Male Student Athlete of the Year finalists were tennis’ Adrian Farina and Elijah Wade from the basketball team.

The NAIA’s Champions of Character annually recognizes individuals from each sport for their growth and commitment to the program’s core values of integrity, respect, responsibility, sportsmanship and servant leadership — values exemplified by Adrian Farina and Kylee Wheeler.

The Sun Conference selects its honorees by vote of each respective sports’ head coaches following nominations from each school. Farina was selected from the Mariners’ men’s tennis team, and Coastal women’s golfer Wheeler earned her sport’s honor.

“On the court, Adrian is honest to a fault, making a new friend(s) with each and every match,” said CCGA men’s tennis head coach Zack Rogers. “He truly values the relationships that have been fostered through competing within The Sun Conference. He is an ambassador for our school, our conference and the NAIA. The way he has carried himself both in and out of competition during his time at Coastal Georgia exemplifies the five core values of the NAIA’s Champions of Character program.”

Wheeler’s commitment to helping those in need through her church community once again secured Mariners’ women’s golf coach Nicole Johns’ nomination. Wheeler has been named the TSC Champion of Character for three straight seasons.

“Kylee has always been a leader on the golf team and a leader her in community,” Johns said. “She knits blankets for newborns for families that are economically disadvantaged and for her church community. She volunteers at nursing homes and offers free babysitting for the moms at her home church and other families in need.”

To qualify for the All-Academic teams, a student must have been enrolled for at least two semesters and hold a cumulative GPA of 3.5 or better on a 4.0 scale.

Selected by CoSIDA, the NAIA District 1 Academic teams recognize the top student-athletes in the nation based on a combination of on-field performances and academic exploits.

Wheeler was one of 11 chosen for an At-Large team made up of student-athletes that compete in beach volleyball, bowling, crew/rowing, fencing, field hockey, golf, gymnastics, ice hockey, lacrosse, rifle, skiing, swimming, tennis, and water polo largely because of her perfect 4.0 GPA as a business administration major in addition to a strong season on the links.

Coastal Georgia’s men’s golf coach was selected as one of five finalists for the NAIA Dave Williams Award, which honors the national coach of the year.

Cook’s resume with the 2019-20 Mariners includes five victories and top three finishes at all seven events in which they competed in. Coastal Georgia held firm in the No. 1 spot in all six NAIA Bushnell Golfweek Coaches Polls, and in all but one NAIA Coaches’ Top 25 Poll and Golfstat NAIA Team rankings.