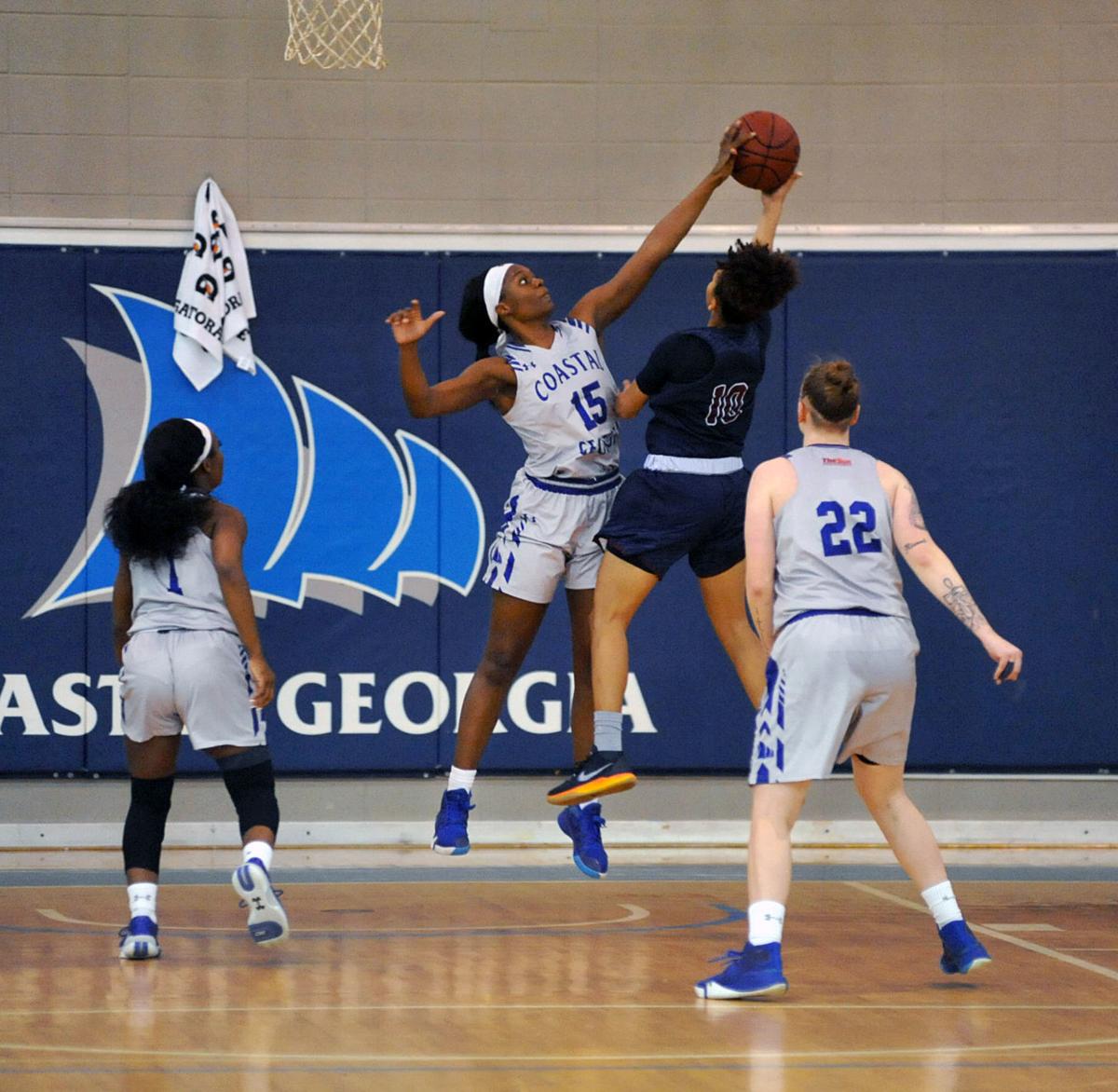 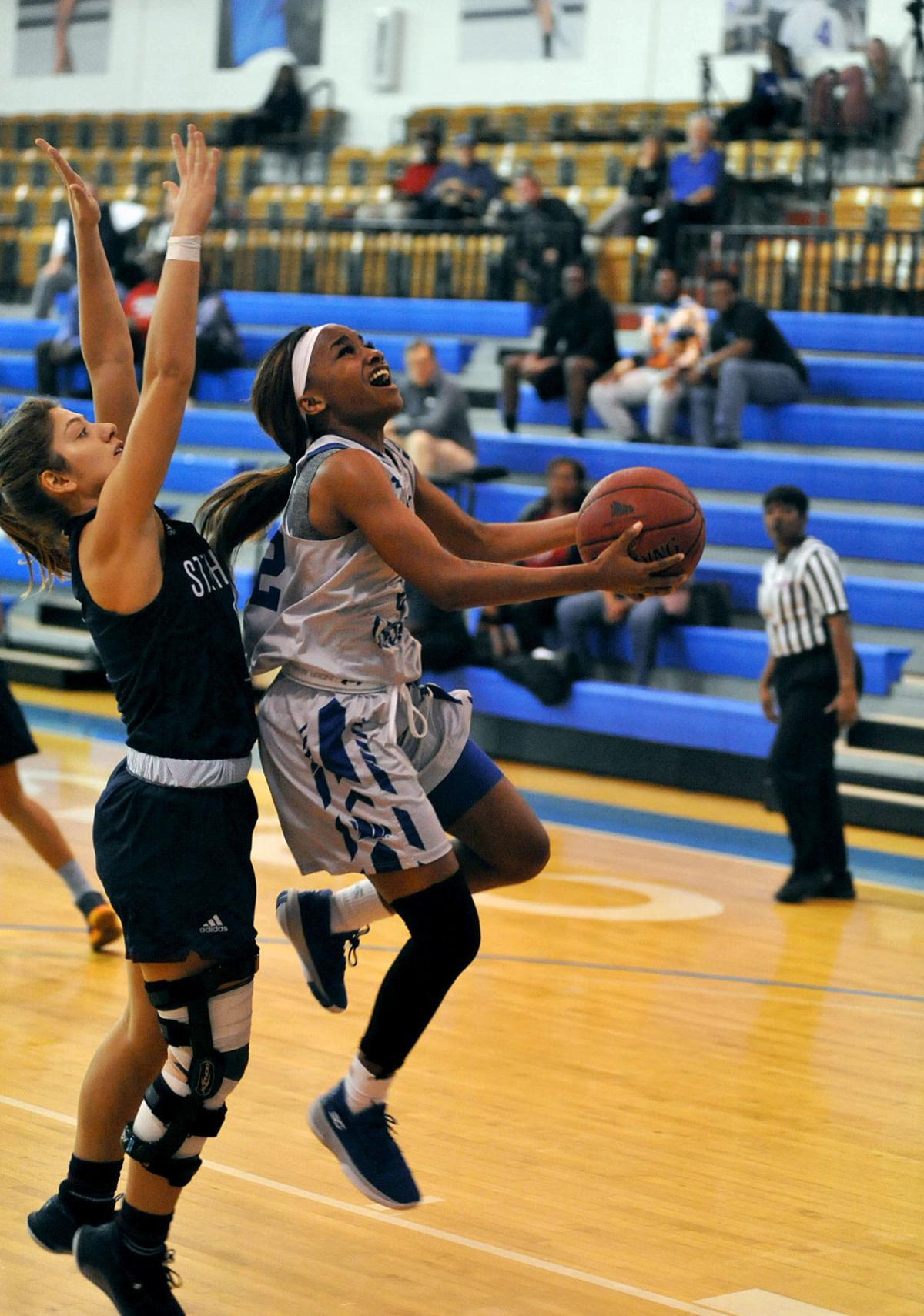 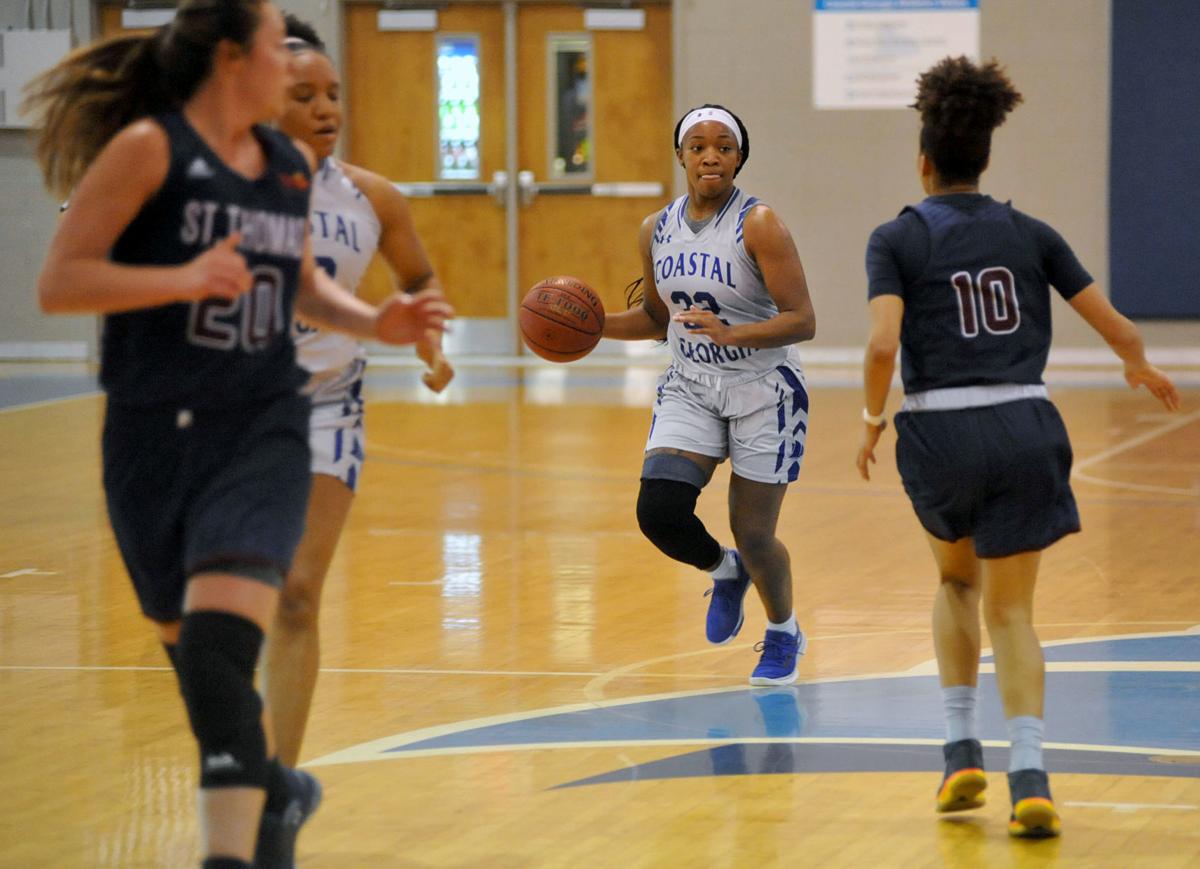 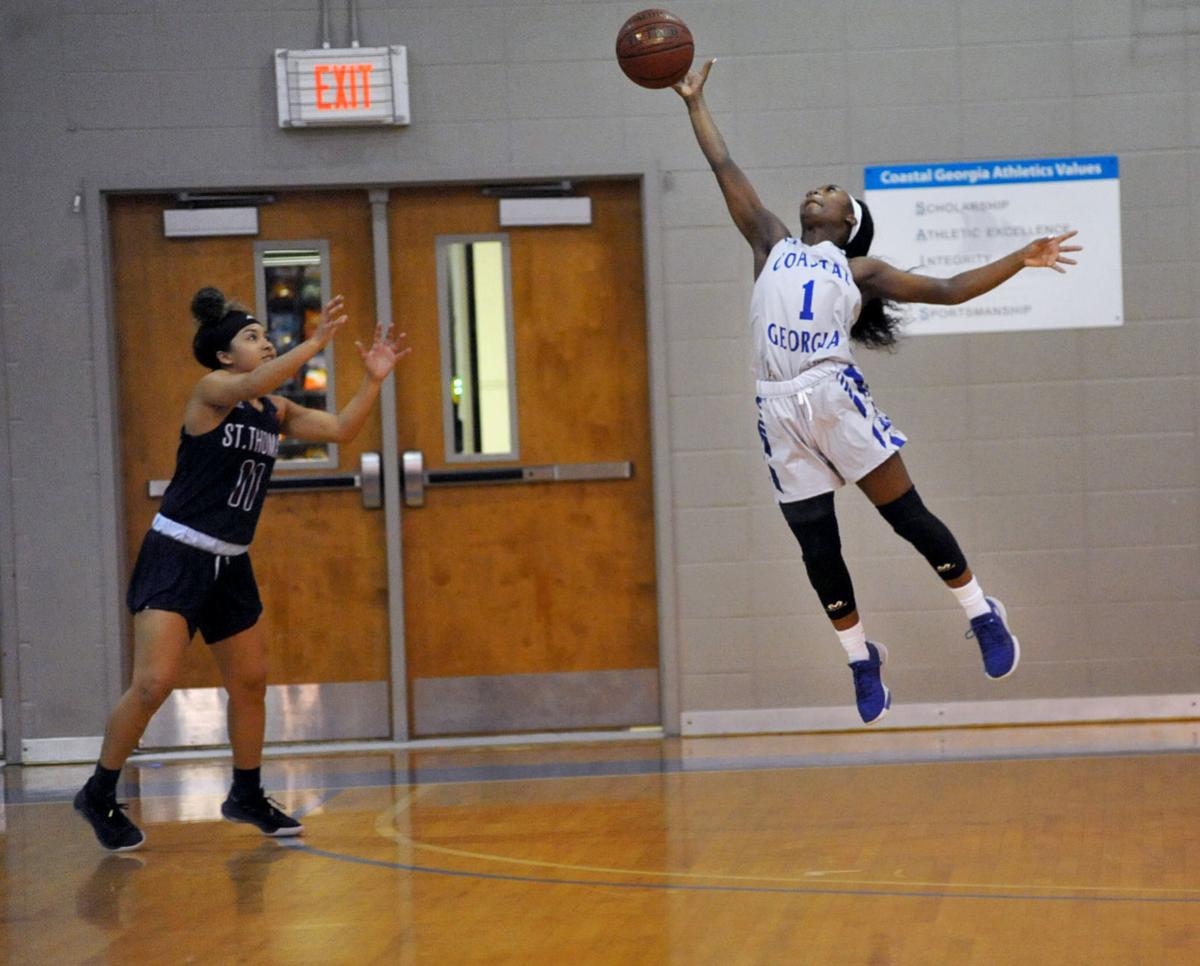 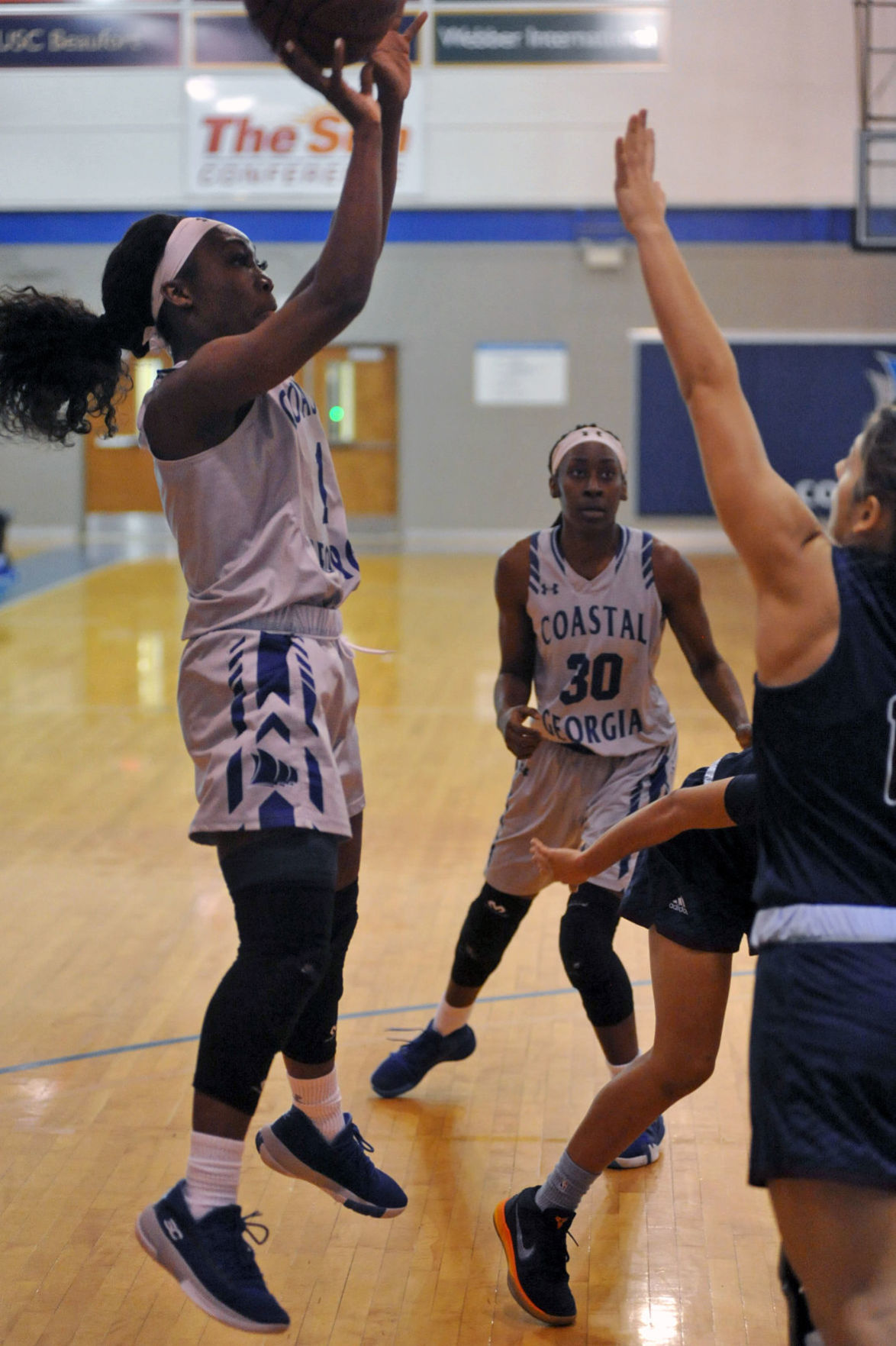 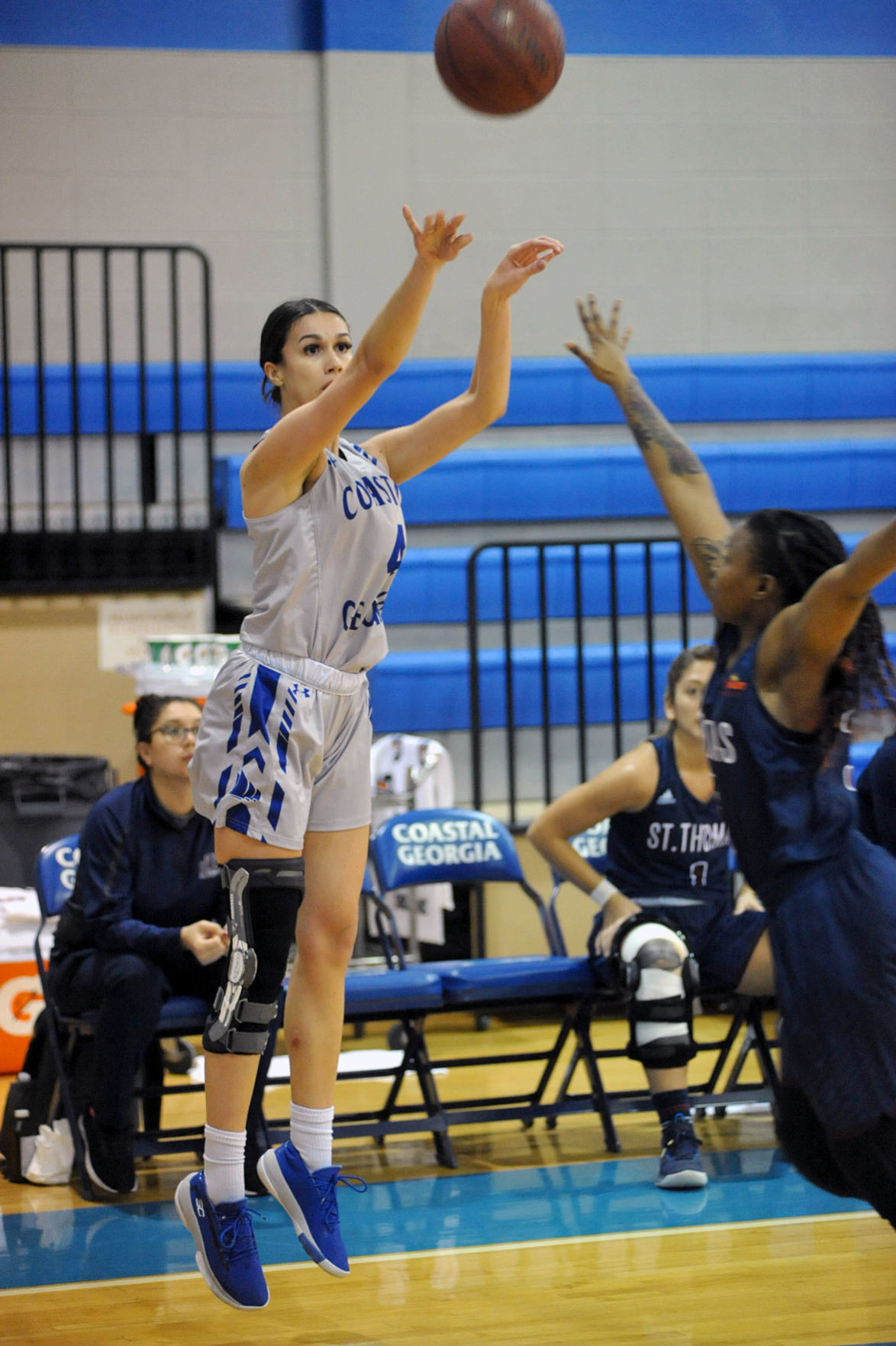 With their shots still enjoying the Christmas break, the Coastal Georgia women ramped up the defense Thursday to score a suffocating 75-50 win over Sun Conference rival St. Thomas at Howard Coffin Gym.

Coming off a 37 percent shooting night Monday in an exhibition against Division II Savannah State, Coastal Georgia (8-5, 4-2) struggled again from the field, especially in the first quarter where it was just 5-of-15 (33.3 percent).

The Mariners were still shooting under 40 percent against the Bobcats through three quarters, yet they led by 22 entering the fourth because of a grinding defensive performance.

Coastal Georgia head coach Roger Hodge credited the exhibition for allowing his team an opportunity to shake off the rust following a 30-day layoff between games.

“I thought we were still rough a little bit offensively, and I think it’s a product of how long we’ve been off,” Hodge said. “Our defensive energy and intensity was just really good. It was by no means a perfect game, especially on the offensive end, I thought we turned it over a little too much, and defensively we put them on the line a little too much, but overall I was happy with the energy against a good basketball team.”

The Mariners rode a 12-2 surge to their first lead and a five-point advantage with just over a minute to play in the first, before using another 12-2 run to take a stronghold on the contest with under two minutes remaining in the second quarter. Solrun Gisladottir drew a double team before wrapping a pass around it to Tanisha Clark for an easy layup on one possession and Quira Porter cashed in on a basket off an offensive rebound the next to push the lead to 13.

Throughout the game, Coastal went as it’s defense did. The Mariners forced 22 Bobcat turnovers, 10 of them coming in the third quarter, and it turned the, into 30 points.

The Bobcats attempted to run the Mariners off the 3-point line when possible, and the strategy resulted in a 2-of-11 shooting night from long distance — Gisladottir’s lone 3-pointer beating the buzzer to give her team a 55-33 lead at the end of the third quarter — down from the 4.5 makes they’ve averaged this season. Instead, Coastal did its work in the lane, finishing with 34 points in the paint.

“There were times where I thought it was a little bit choppy because of that, because we were a little unsure and unconfident in doing that part of the game, but at the same time, we got to the line, did a pretty good job at that and a decent job hitting them.”

Kaliyah Little was instrumental in the Mariners’ ability to take advantage of the Bobcats’ defensive strategy, consistently beating her defender off the dribble, and scoring in the lane and at the free throw line.

The true freshman from Warner Robins eclipsed her previous career high of 12 points with 23 on 9-of-11 shooting from the field and 5-of-6 from the free throw line.

“She’s so fast,” Hodge said. “If you’re not going to help off shooters, she’s difficult to defend, especially on a night like tonight where she’s really shooting it well. She was huge. I’m very excited about how she played.”

The win lifts Coastal Georgia into a tie with Johnson & Wales for third place in The Sun Conference while St. Thomas’ sixth straight loss drops it into a tie for fifth with Florida Memorial.

Coastal will host Florida Memorial for a game at 2 p.m. Saturday.