Sign Up
Log In
Purchase a Subscription
You are the owner of this article.
Edit Article Add New Article
You have permission to edit this article.
Edit
Welcome, Guest
Home
FULL MENU
News
Life
Sports
Obits
e-Edition
Classifieds
Jobs
Events
Subscribe
doc. 2021/2022
1 of 16

Campers pose for a photo at the end of Brunswick soccer coach Enrique Power’s camp Wednesday at the North Glynn Recreation Complex.

Campers pose for a photo at the end of Brunswick soccer coach Enrique Power's camp Wednesday at the North Glynn Recreation Complex. 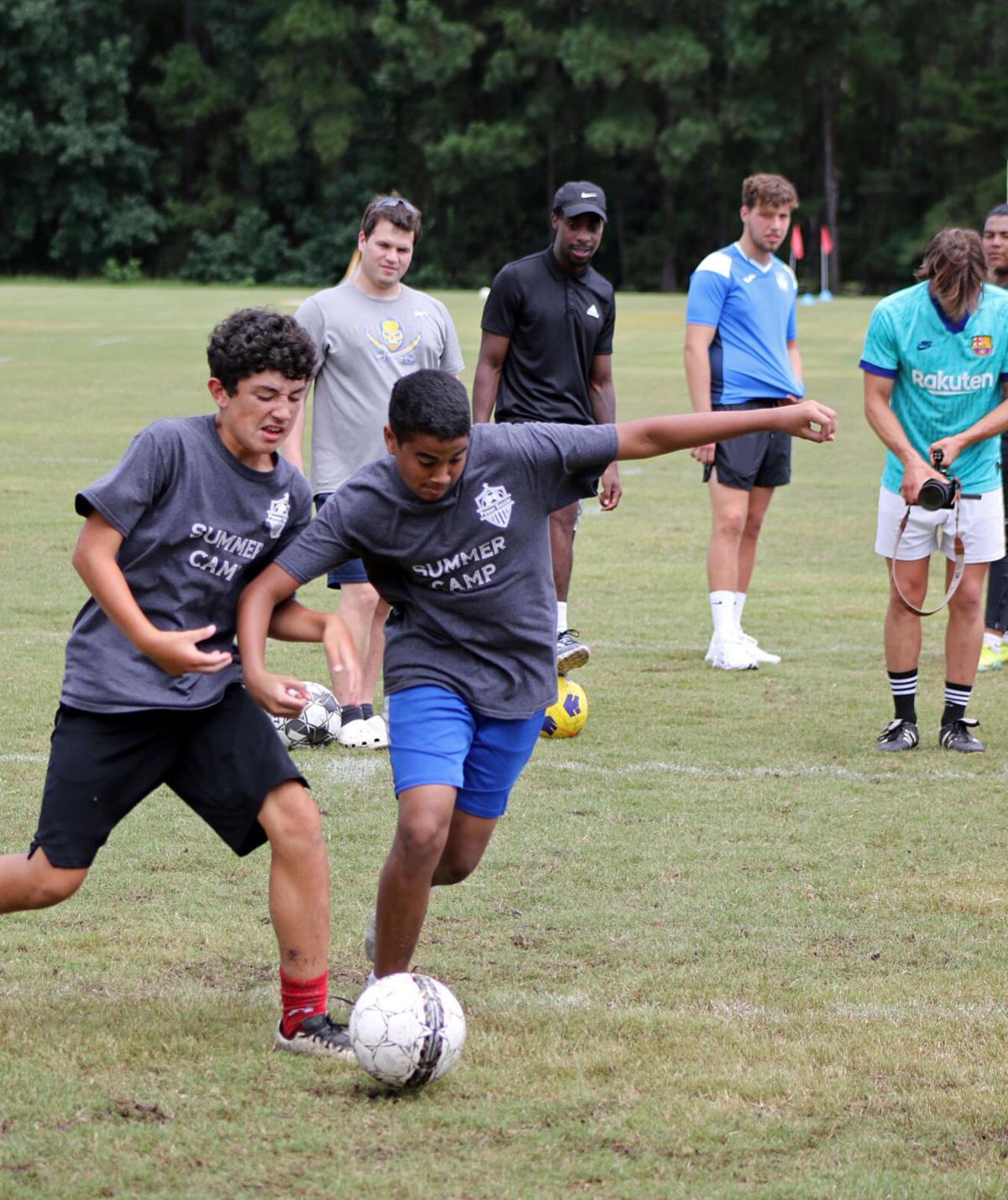 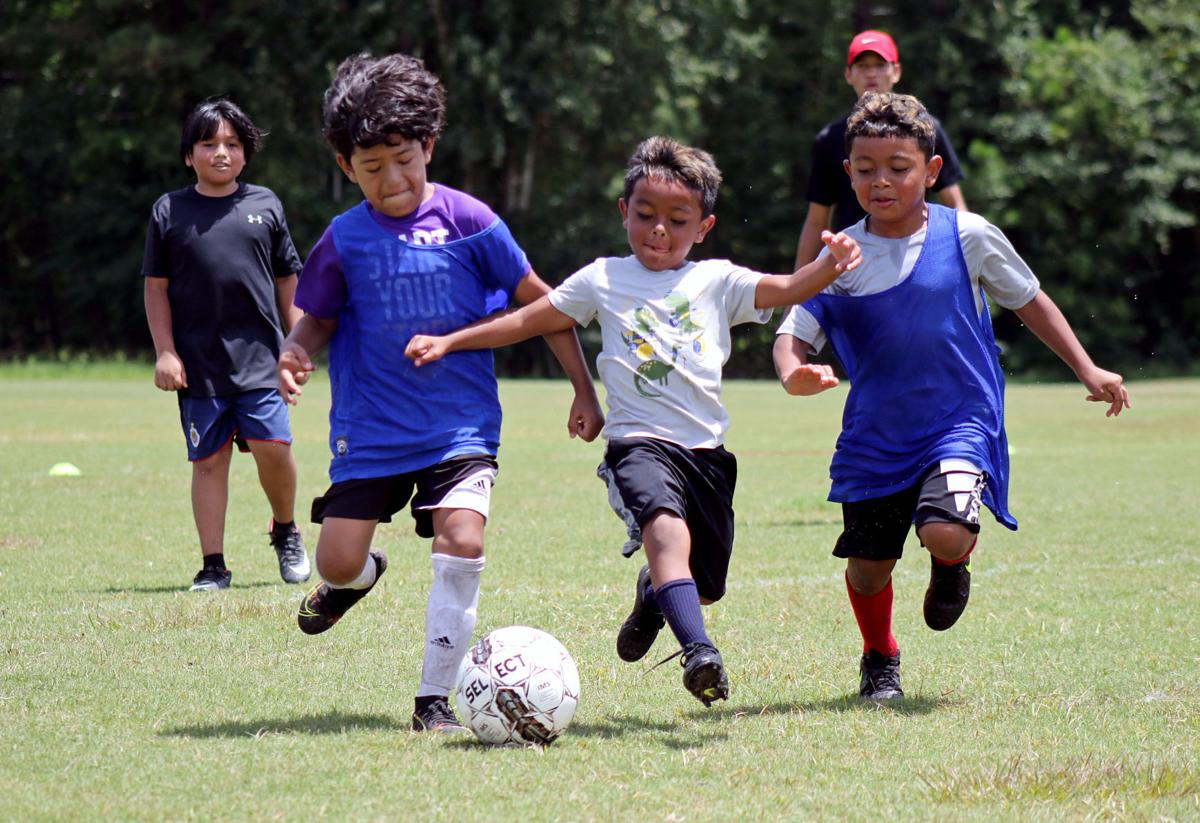 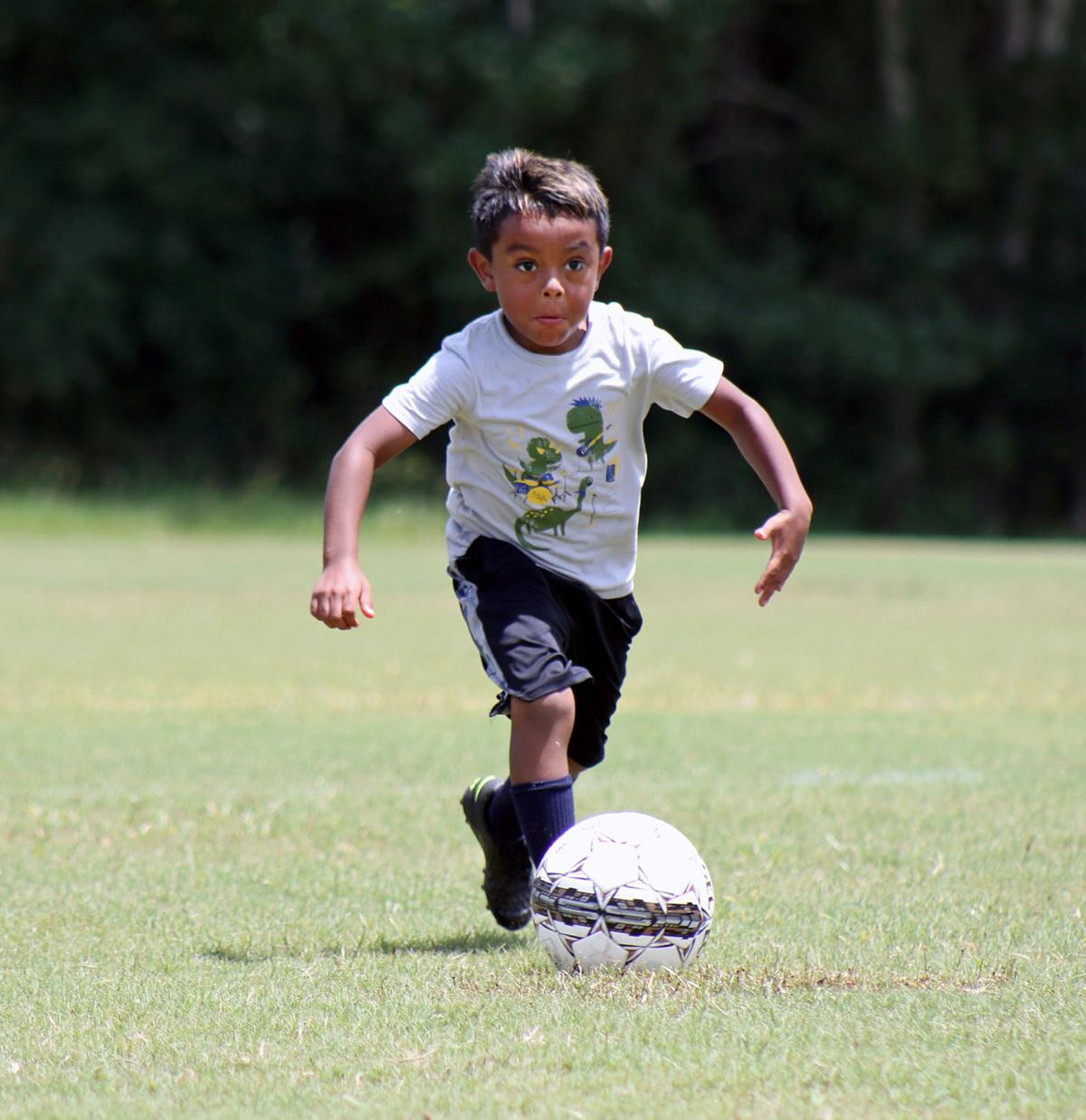 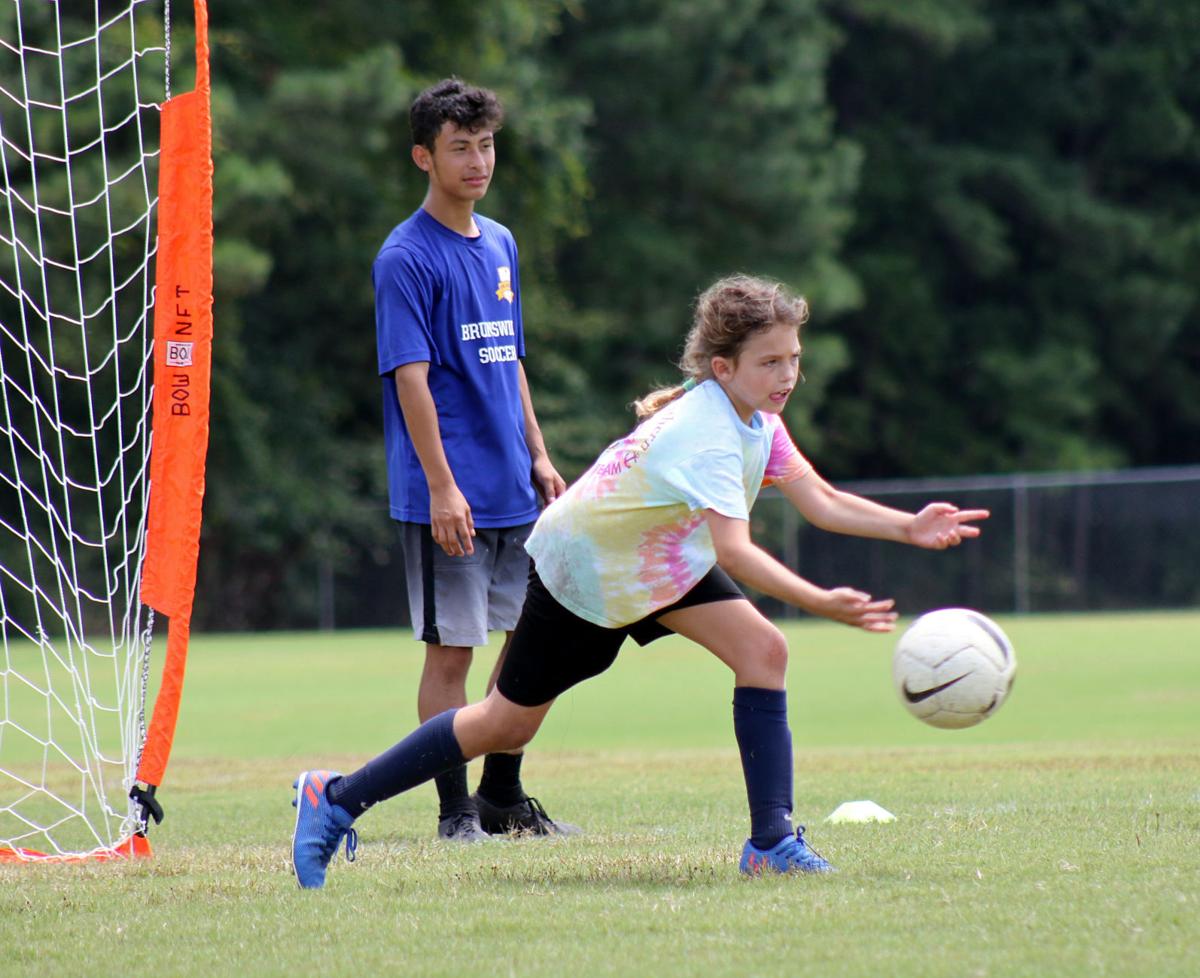 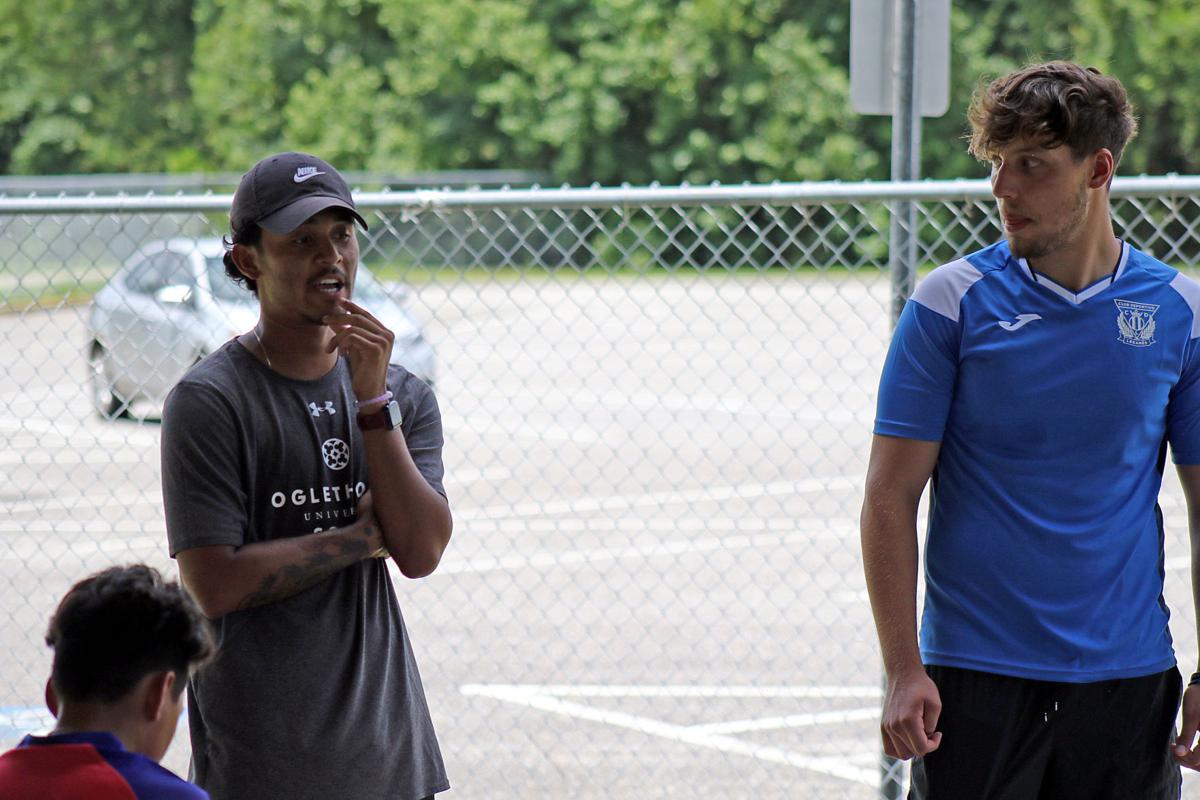 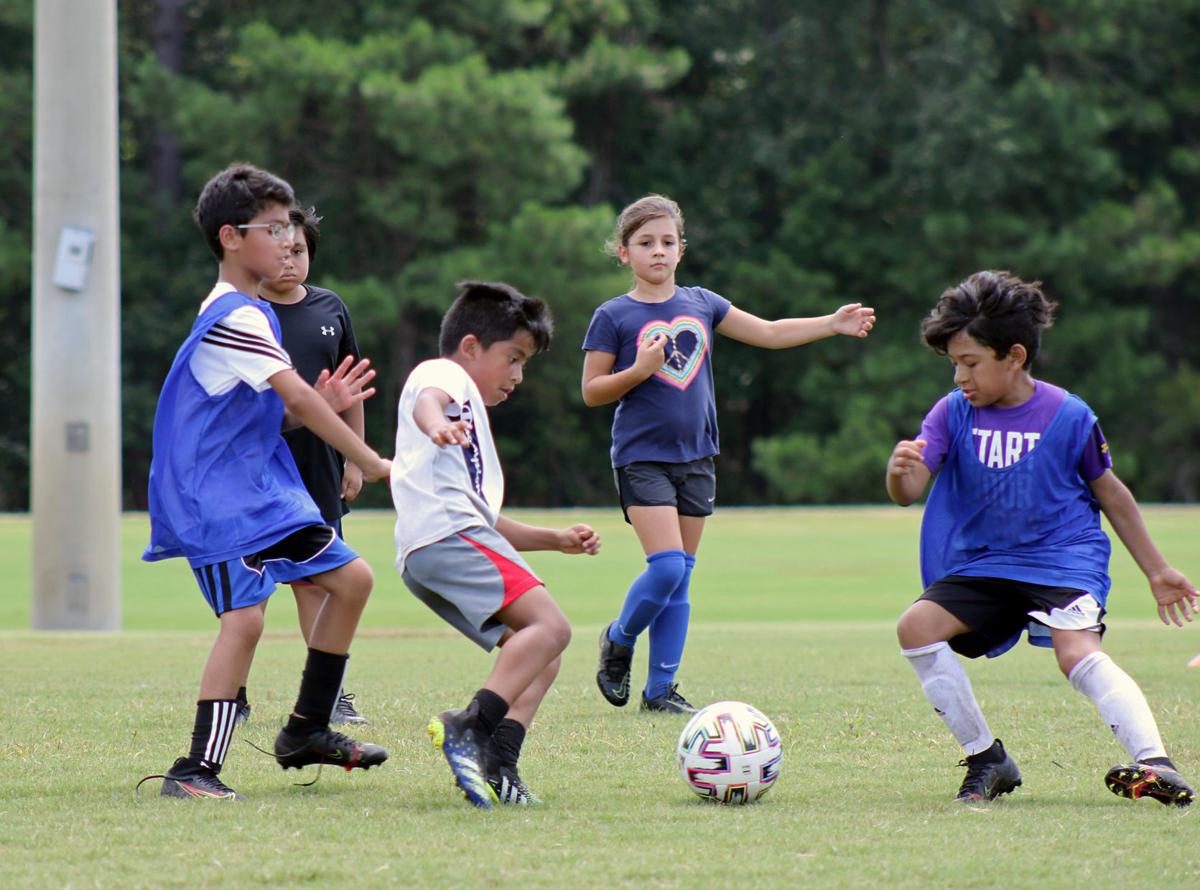 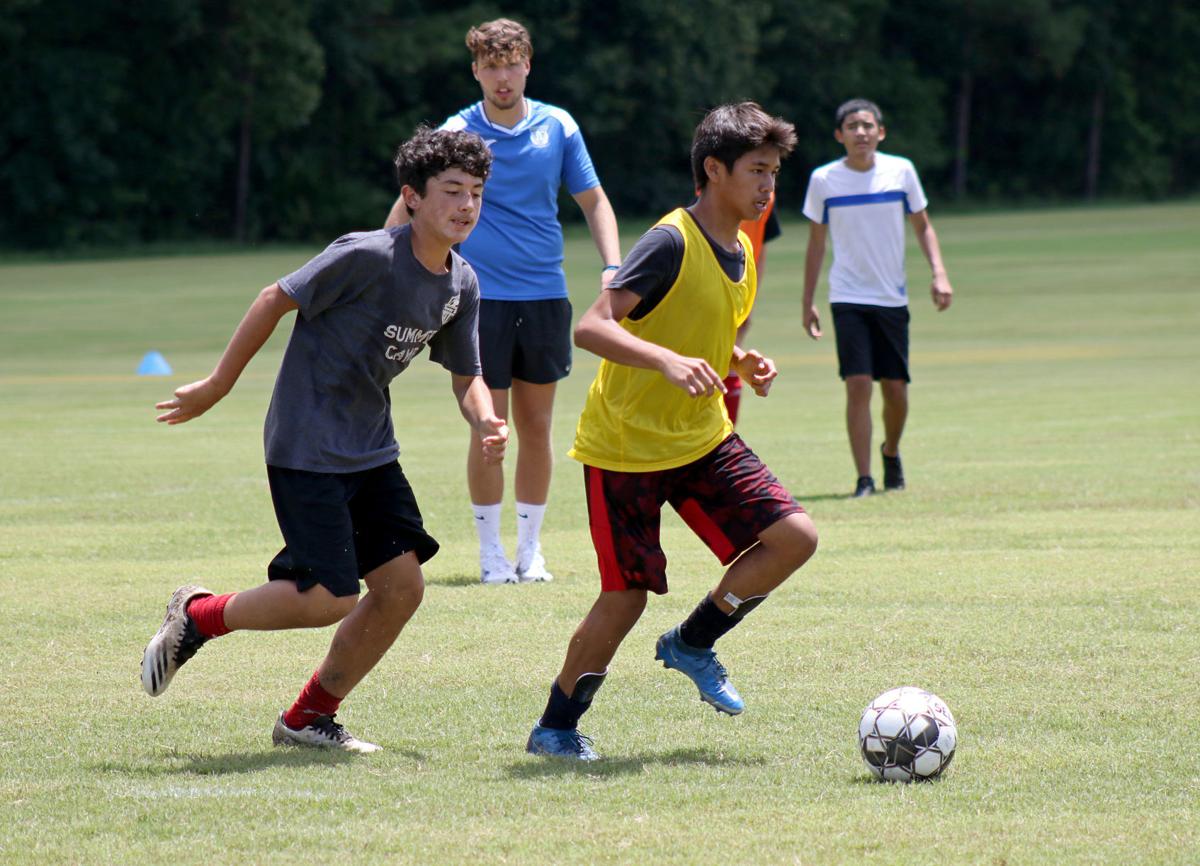 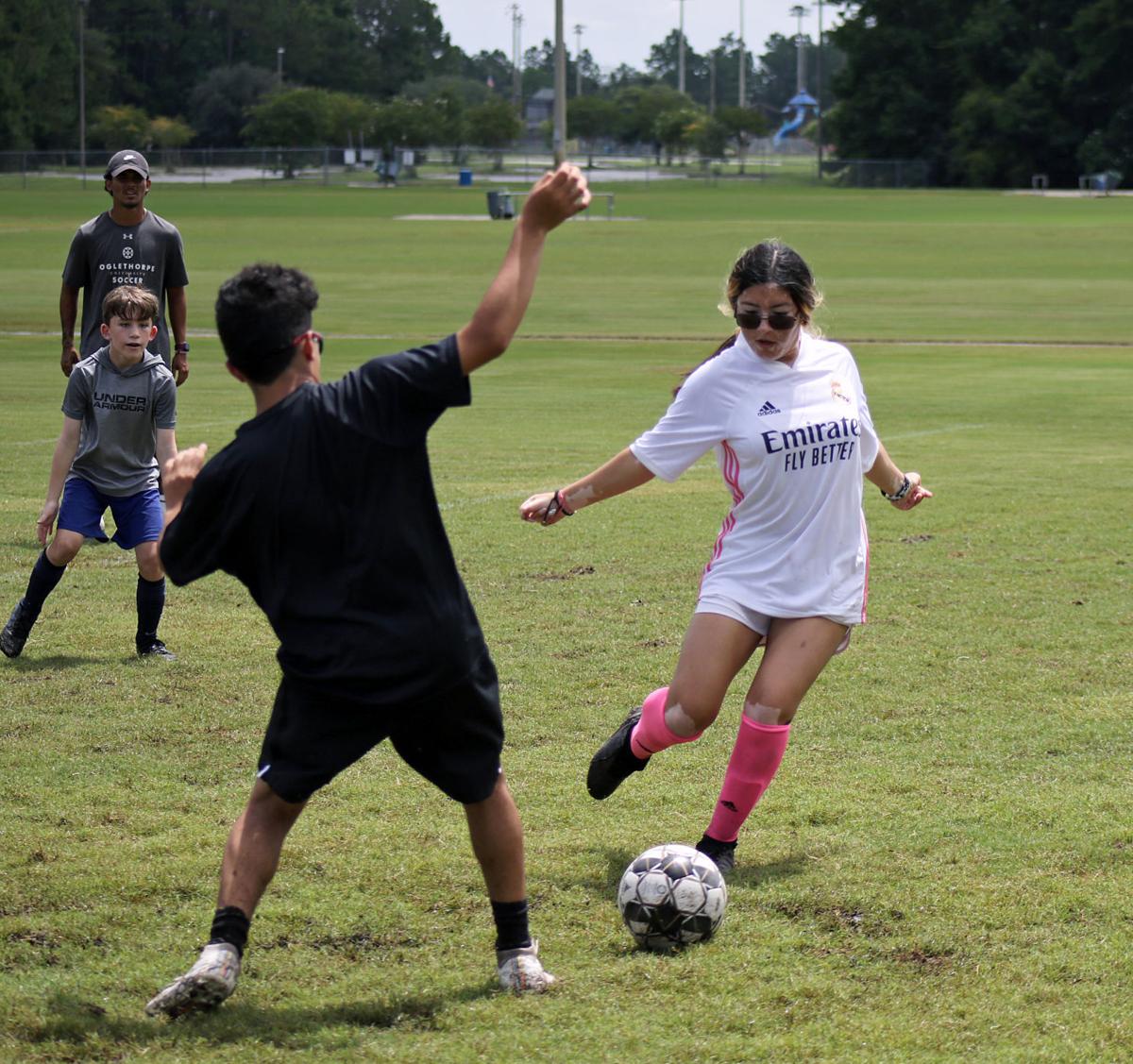 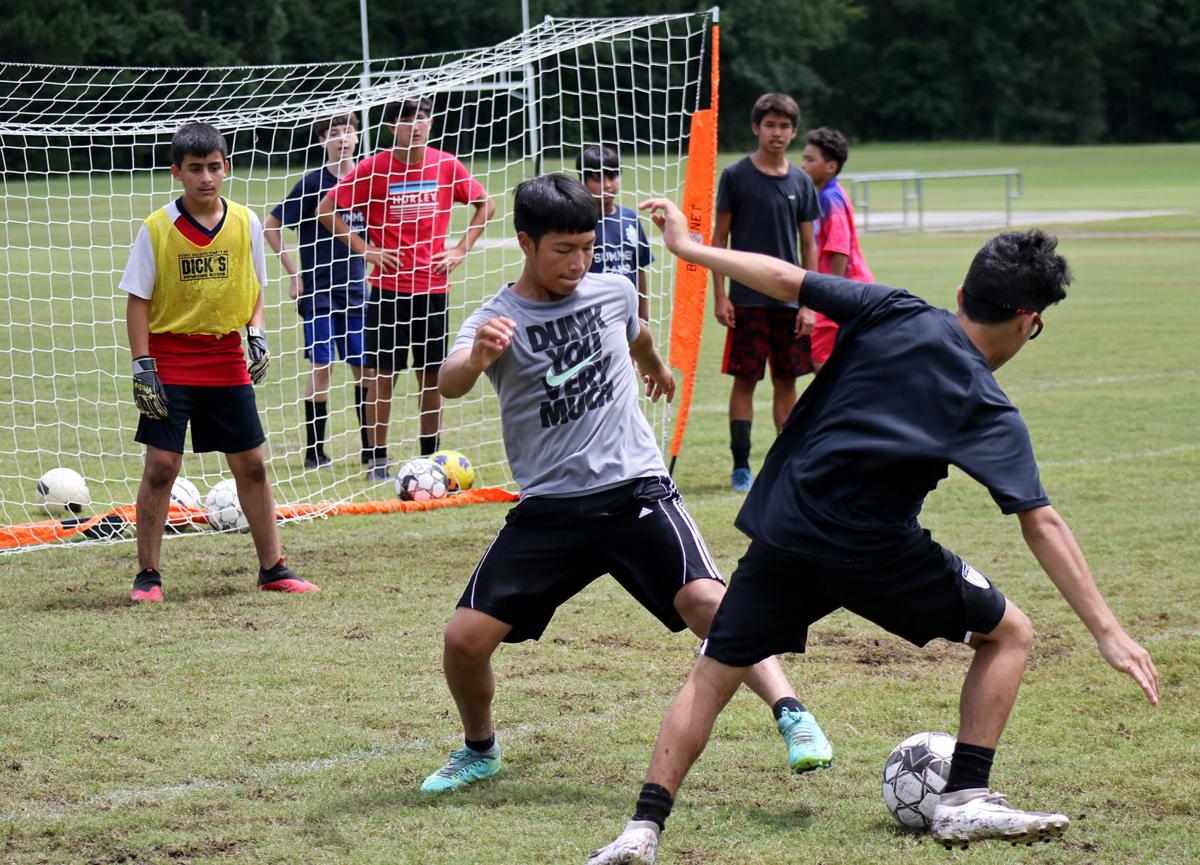 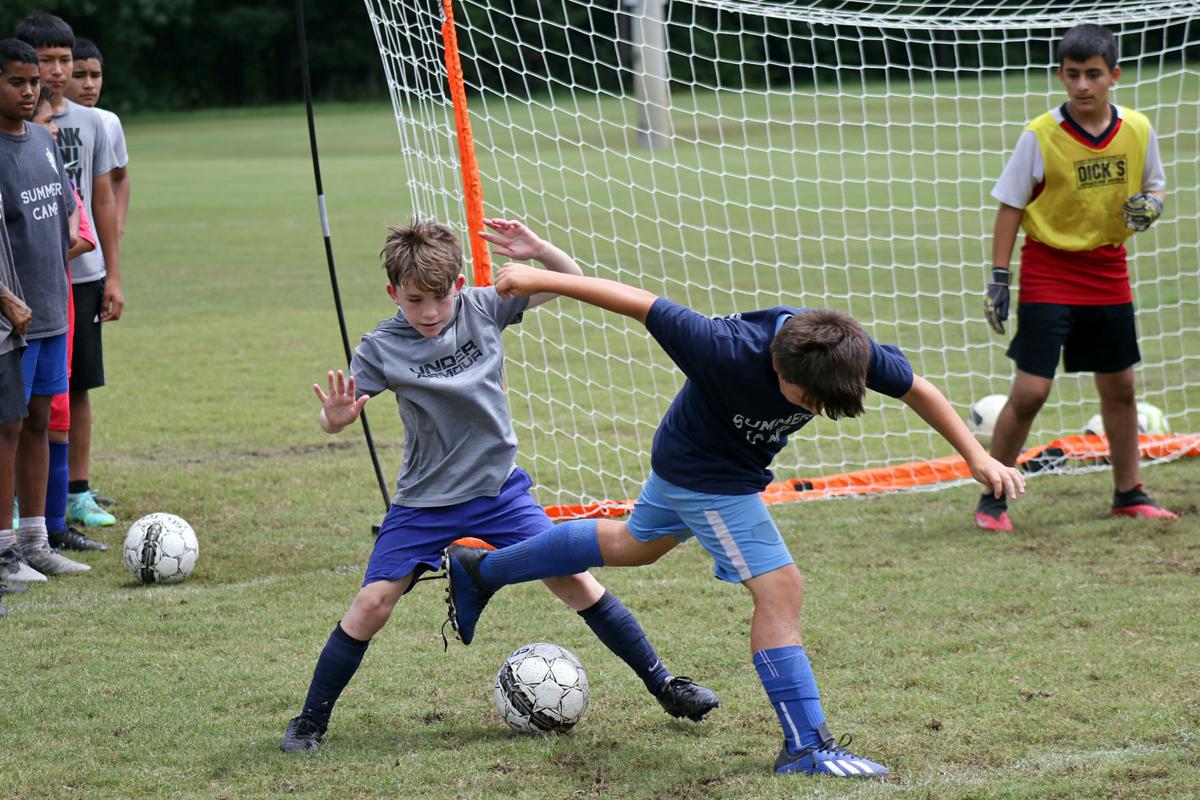 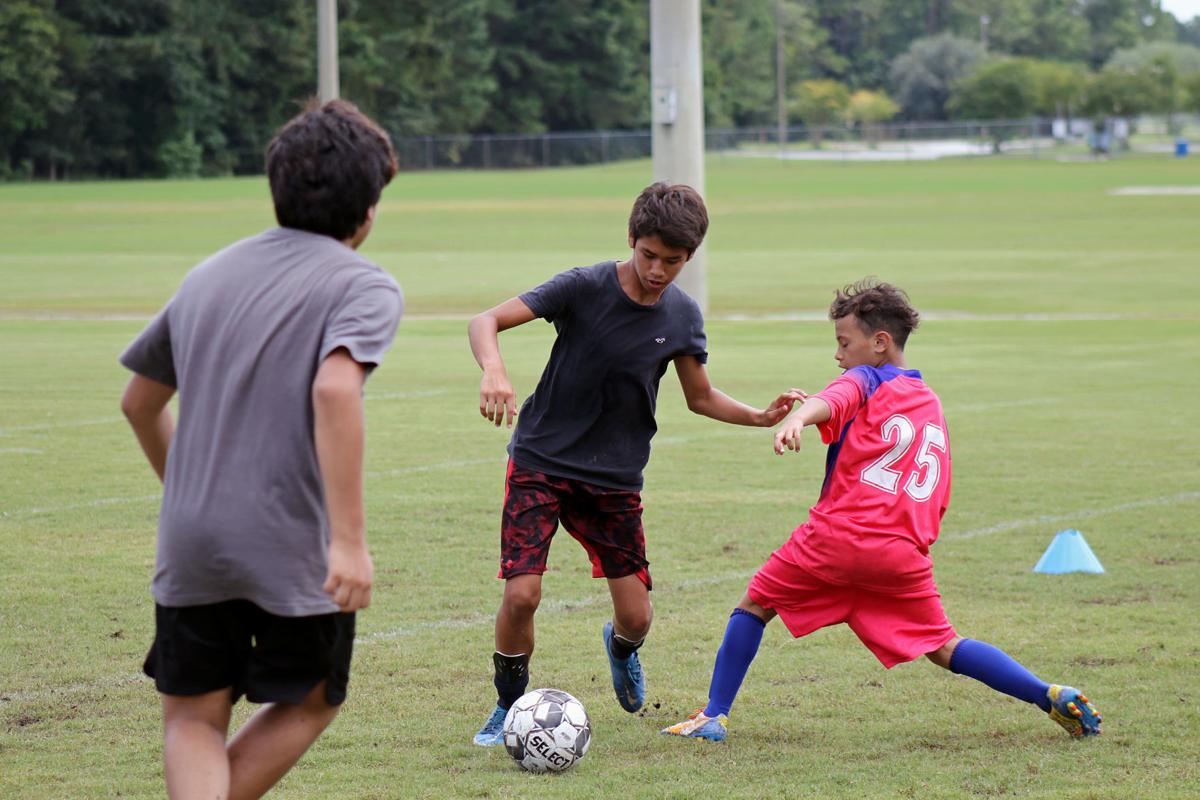 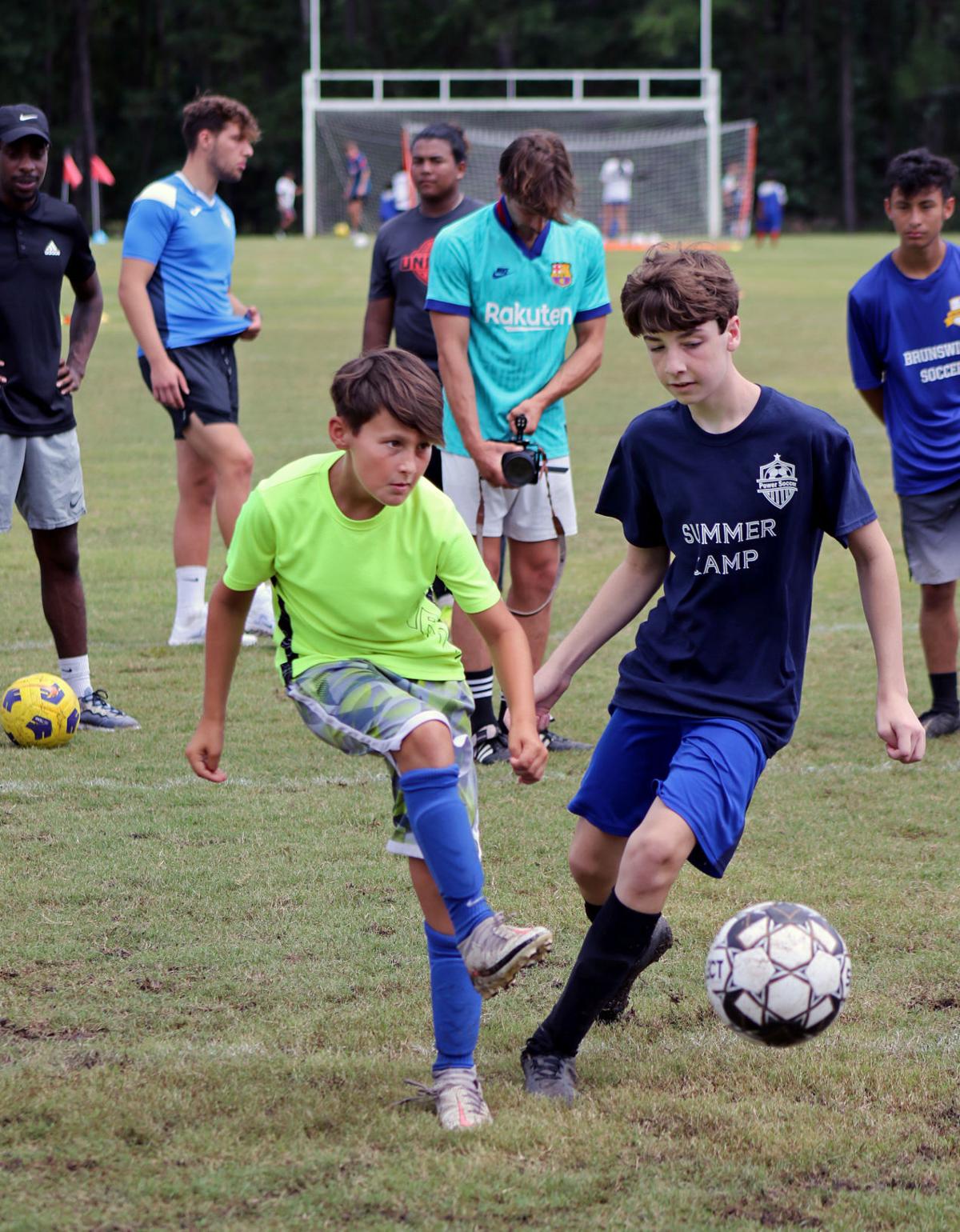 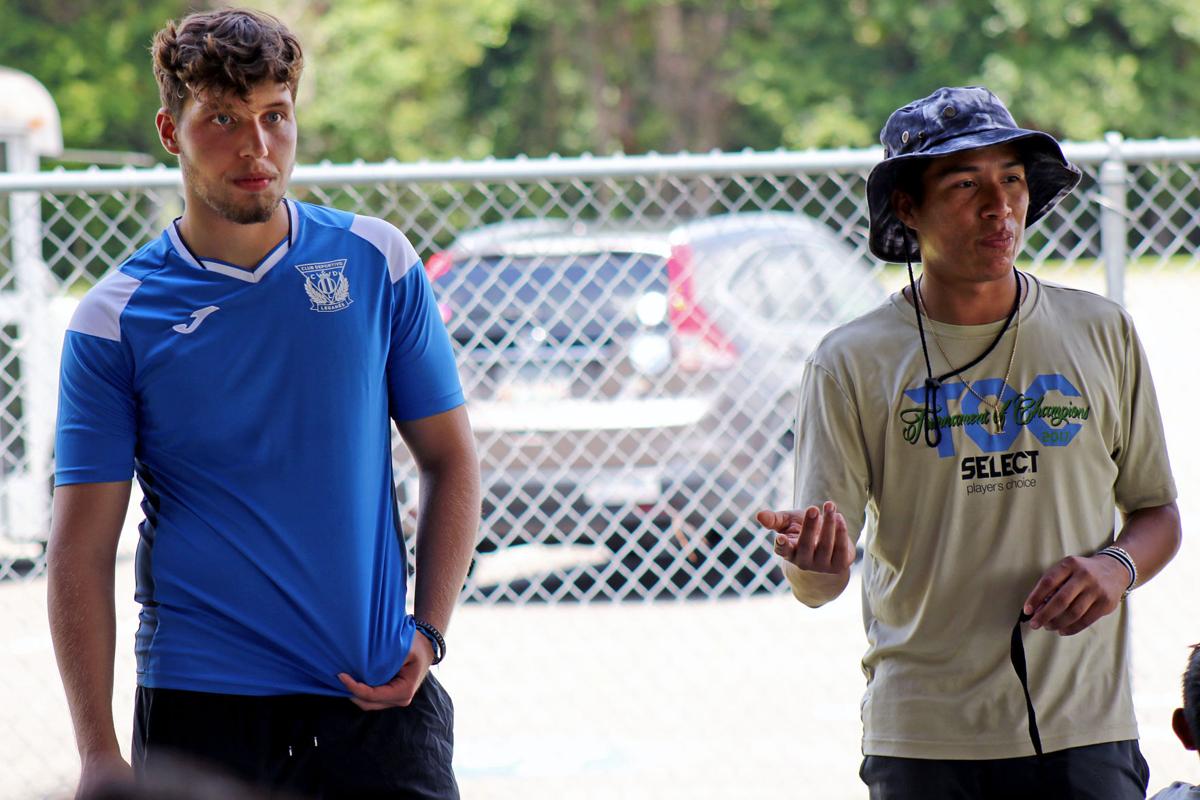 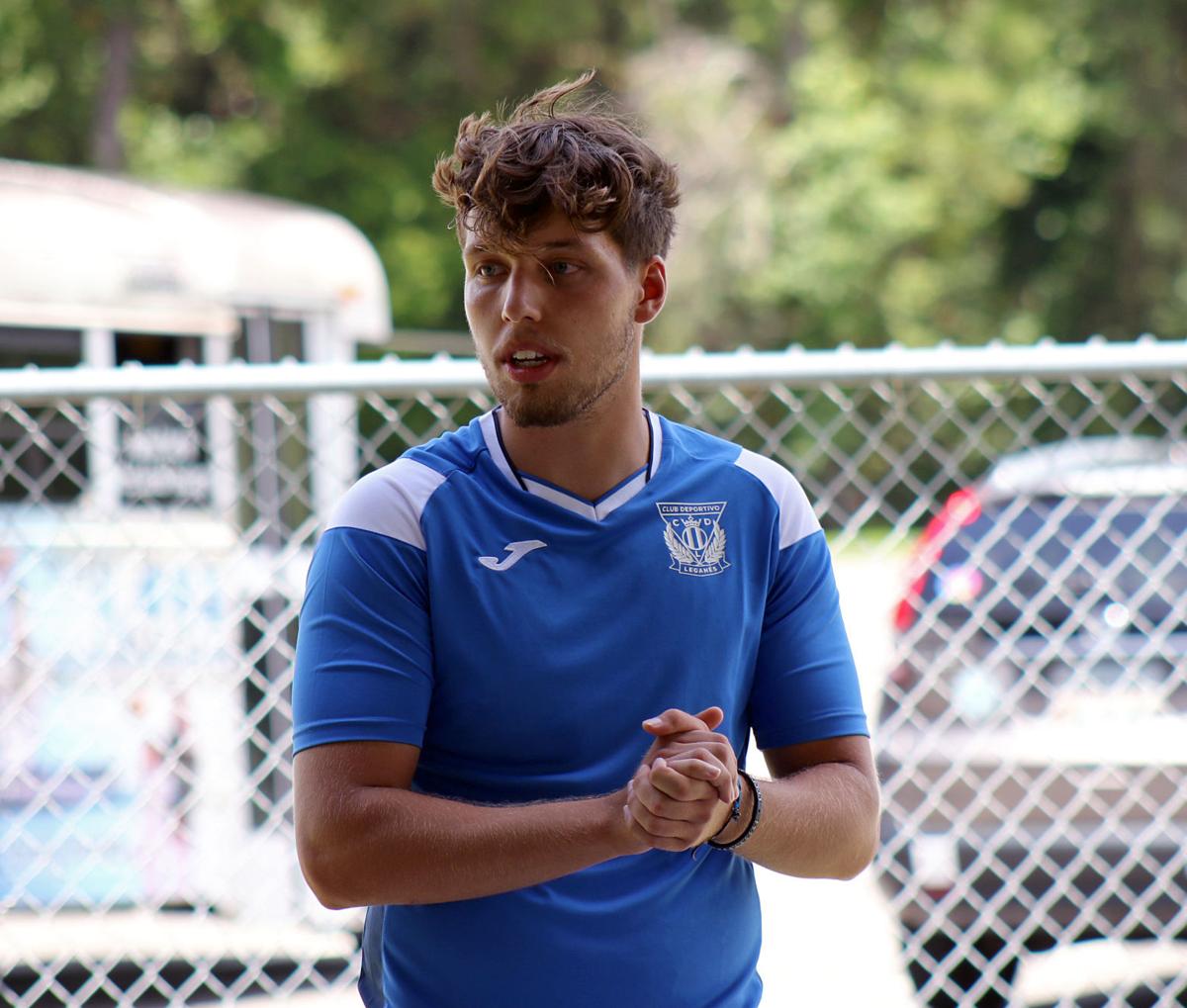 Campers pose for a photo at the end of Brunswick soccer coach Enrique Power’s camp Wednesday at the North Glynn Recreation Complex.

Campers pose for a photo at the end of Brunswick soccer coach Enrique Power's camp Wednesday at the North Glynn Recreation Complex.

In building a state champion, a collegiate athlete, possibly even a professional, the work begins on the ground floor.

With the help of some friends, Brunswick High soccer coach Enrique Power has looked to do just that with the aspiring athletes in the area this summer. This week, Power held his second youth camp at the North Glynn County Sports Complex as he continues to promote the sport in the Golden Isles.

Following a two-day camp in June, Power put together a four-day experience complete designed to teach some of the middle school aged players the finer points of the game while fostering a love for the sport in the younger ones.

It doesn’t matter which high school the athletes will play at in the future; any soccer player in the area is welcome.

“We have kids from Risley, Glynn Middle, Jane Macon, Needwood, and even Waycross coming in, and all of that goes into the middle schools,” Power said. “Now the middle schools see the soccer level, where it should be. Every game they’re playing now is going to be a competitive game because kids see what they’re supposed to be doing.

“They get to high school, and they’re like, ‘I’m ready for the GA-Brunswick High game,’ and that makes a real rivalry between the two schools. In the community, it’s fun, it’s exciting, and it’s something you want in the sport.”

The crosstown rivalry is alive and well, but both sides have committed to developing the next generation. Of players on the current roster, Brunswick’s Denilson Carcamo and Glynn Academy’s Keller Wilfredo were again present to lend a hand.

Sam Ghioto, a former Terror from the Class of 2017, joined the camp coaching staff Wednesday, and noted that improving soccer at the youth level will only help each high school program in the future.

“As this side gets better, it’s going to provide this impetus for competitive nature,” Ghioto said. “That rivalry is going to drive both sides of town, the entire community, to get better as a whole.”

In June, Power tapped former area standouts in Patrick Cáceres and Jaelin Williams, who are now playing for the Belize U20 national team and the Bahamas U20 national team respectively, to speak to campers about their journey in the sport.

This time, Cáceres’ brought along one of his teammates from Oglethorpe University who is fresh off signing a deal to play professional soccer in Madrid, Spain.

Arman Turkovic played his high school soccer in Atlanta before moving up to the collegiate level, and about eight months ago, he received an offer to play for Club Deportivo Laganes.

But on the practice field at North Glynn, Turkovic was reminded of his own introduction to the sport when he was a similar age.

“I love experiencing this because I did the same thing when I was young,” Turkovic said. “I stared soccer when I was 12. I started later because as a younger kid I was trying out a lot of different sports...

“(My dad) put me into a lot of camps like these. I had no idea about the game at all, and with the help of coaches up there, I just started loving it more and more.”

Turkovic told the campers that it was his coaches that helped him fall in love with soccer, and he urged them to listen to their own coaches so that they may do the same.

The talent level in the community is higher than ever with no slowing down in sight.

“Here in southeast Georgia, (Cáceres) told me it wasn’t as big here,” Turkovic. “Now coming down here and seeing kids who want to play, it makes me happy. I hope these kids can develop and fall in love with the game.”