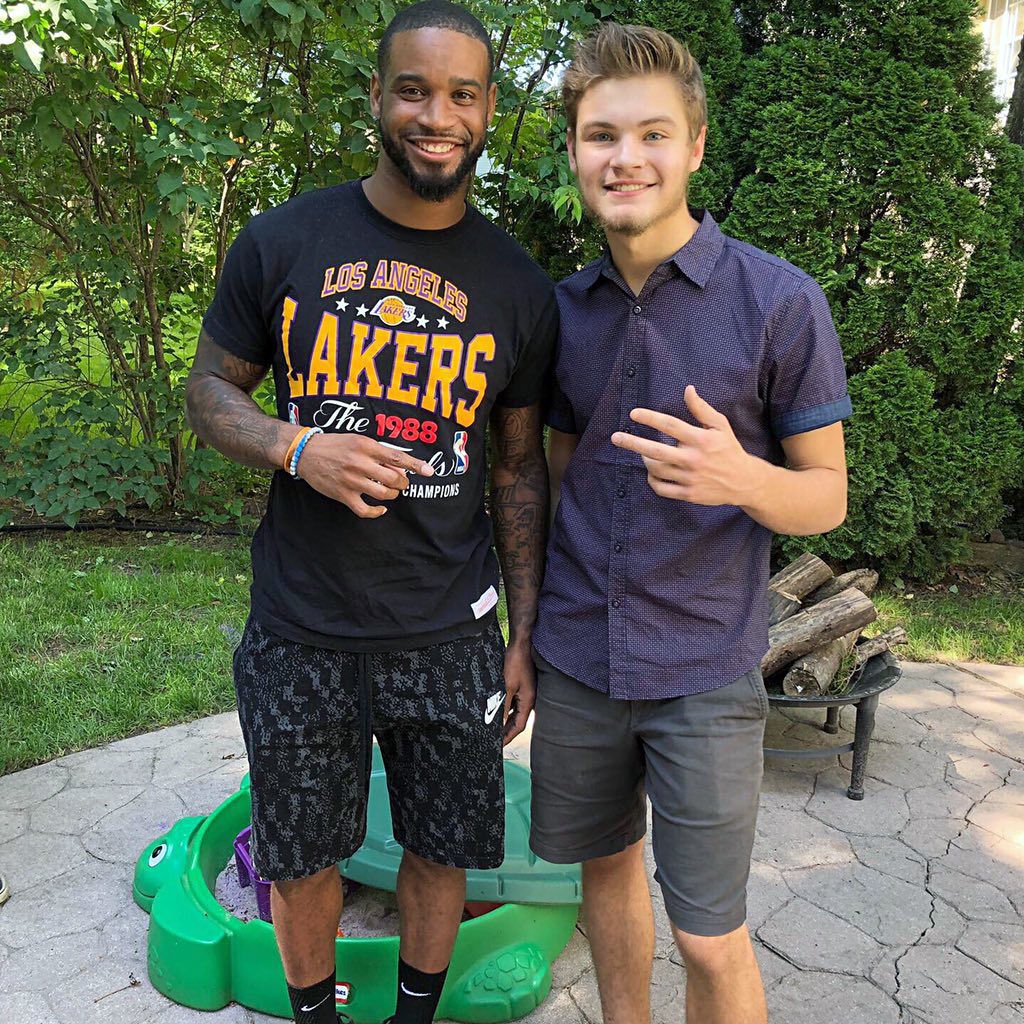 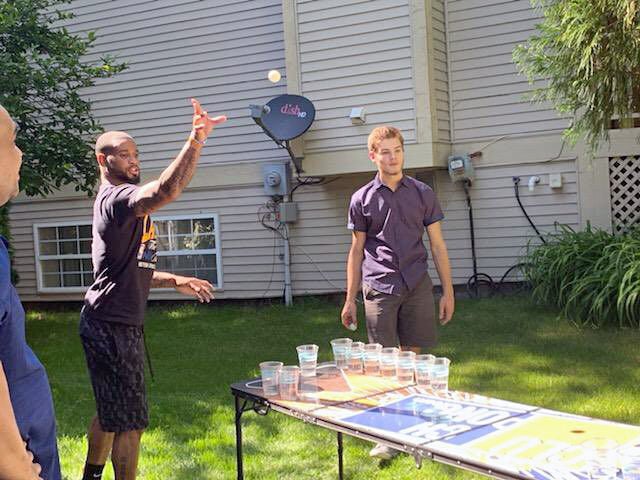 The 18-year-old Register was set to celebrate his high school graduation Saturday when he shot his shot on Twitter and DM’d the Detroit Lions’ star corner to invite him to join in on the festivities.

Register had a brief Twitter exchange with Slay in January when he inquired about high school basketball games in the area that evening. Someone from Register’s school, Howell High in Michigan, suggested their rivalry game against Brighton, earning an affirmative response from Slay.

In an attempt to confirm that Slay would indeed be in the building, Register reached out.

Still unsure if Slay would make an appearance, Register decided to skip the game and instead went to work (unfortunately missing Slay in the process).

More than five months later, Register was scrolling through Twitter the day before his graduation party when a hand slip turned into a one-in-a-lifetime moment.

“It was Friday morning, the day before the graduation party, and I accidentally swiped over to my DMs and I see Darius Slay down at the bottom a little bit, and I’m like, why not just try?” Register said. “So I DM him, and he responded and said, ‘Where at? What time?’ so that’s when I really started freaking out and my dad was on the verge of freaking out.”

Register sent back the specifics, along with a shot of him and his father grinning ear-to-ear.

Although Slay replied back, “Might pop up never kno (sic)” accompanied by the shades emoji, Register still believed the chances were “slim to none,” that the Pro-Bowler would show up to a random house in Howell, Michigan, and he considered the response a graduation gift on its own.

But the real gift came the next day when Register looked up from his party to see Slay standing in his backyard.

“I greeted the family that was already there, I sit down in the tents that we set up and I hear my name,” Register said. “I look up and he comes walking around the corner.

“I just lost it. I sprinted over there. I gave him a little handshake. He signed anything and everything. He took so many pictures. He’s such a humble dude.”

Slay also brought along signed game-worn gloves used in the Pro Bowl for Register and offered his family tickets to any Lions game this upcoming season.

“For an hour, it felt like he was just another family member that came to the party,” Register said.

Residents of the Golden Isles won’t have to hope for a surprise appearance to see Slay though. The former Brunswick standout is holding a pair of summer camps in town this week.

Slay is set to hold a soccer camp Friday and a football camp Saturday, both at Howard Coffin Park. Campers in the 3rd through 6th grades from 10 a.m. until noon and for 7th-graders though 9th going from noon until 2 p.m.

Registration is available at the Big Play Center of Excellence.