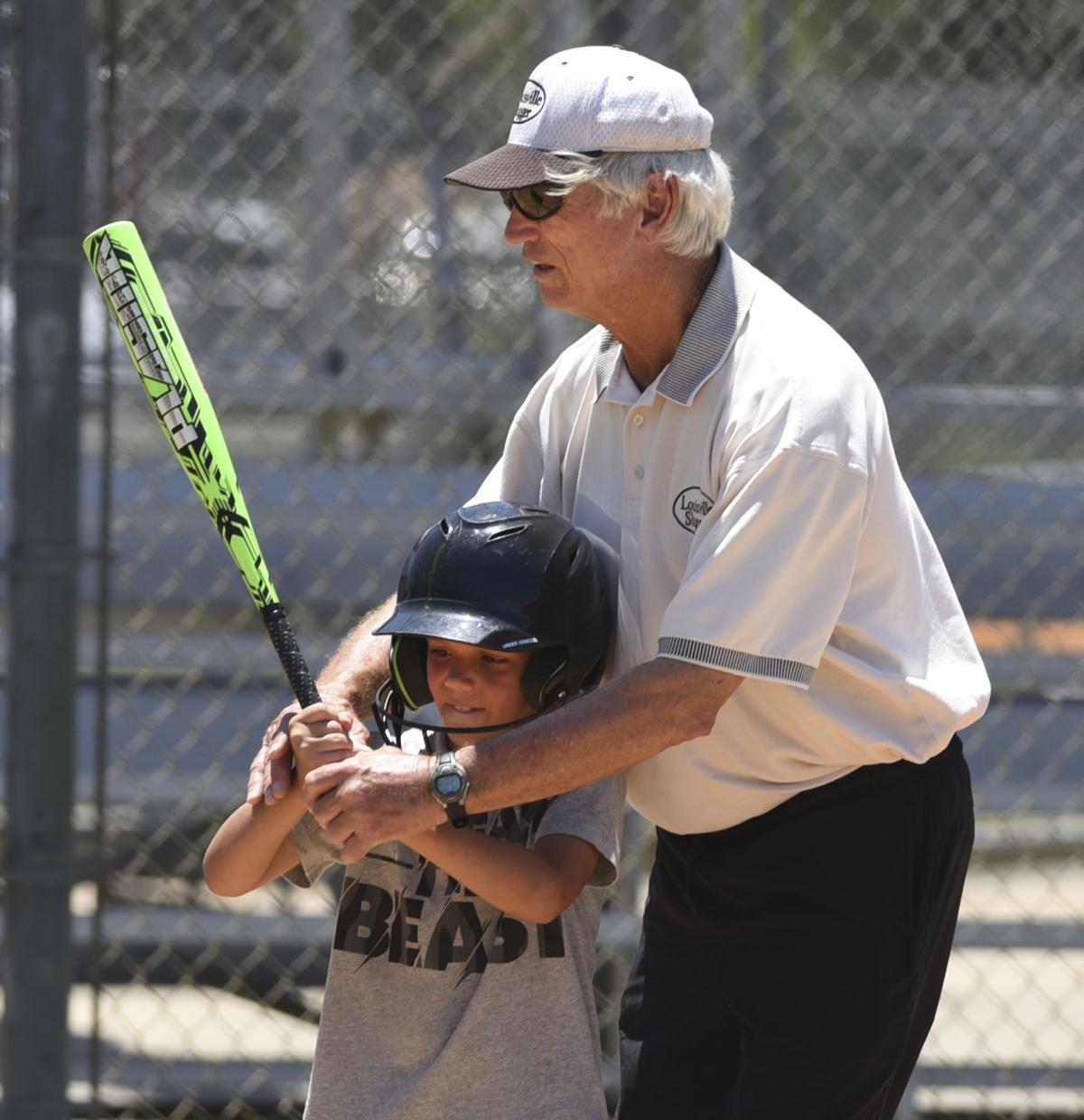 Coach Robert Sapp helps Clayton Calhoun, then age 8, with his grip during the 2016 camp. 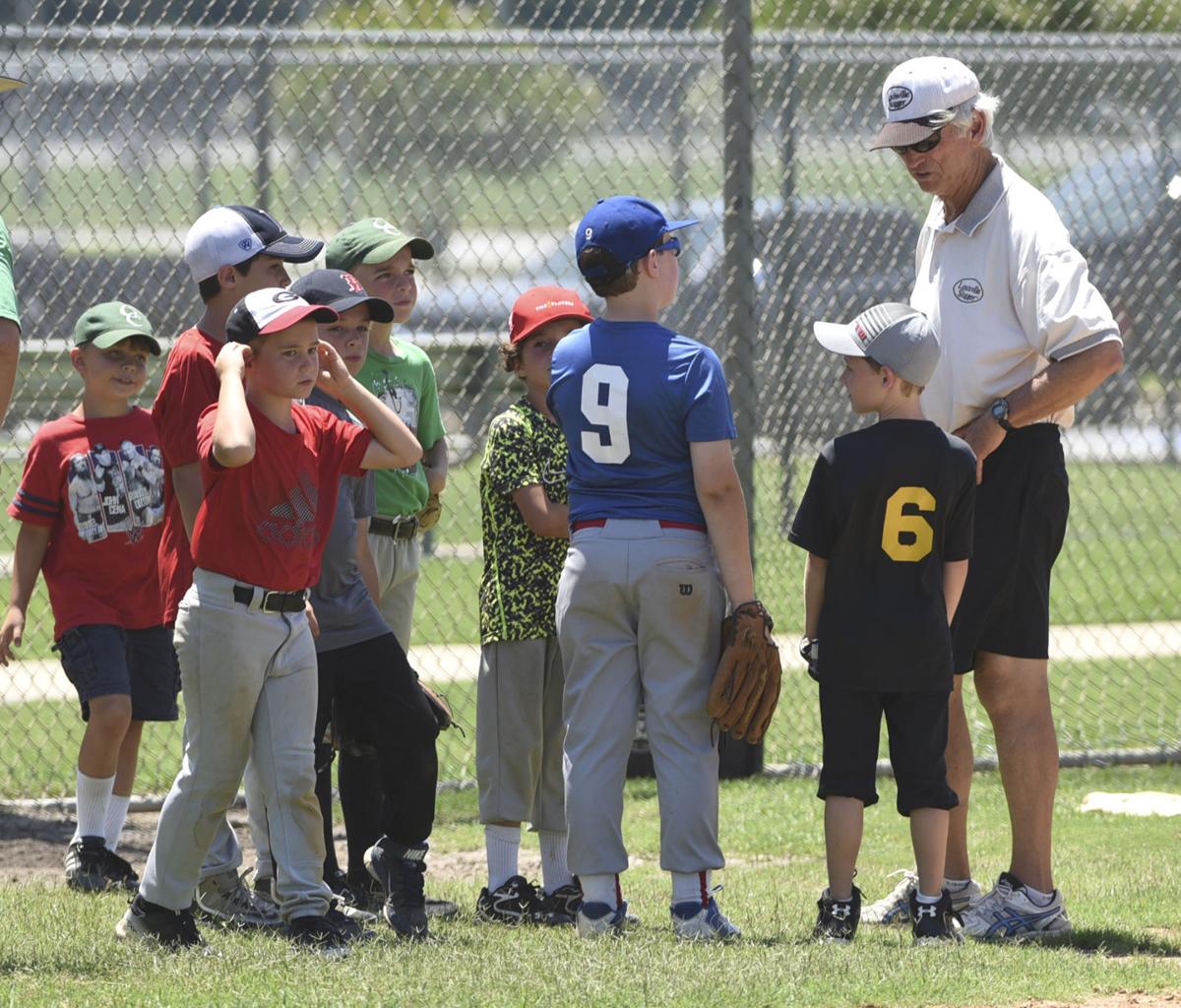 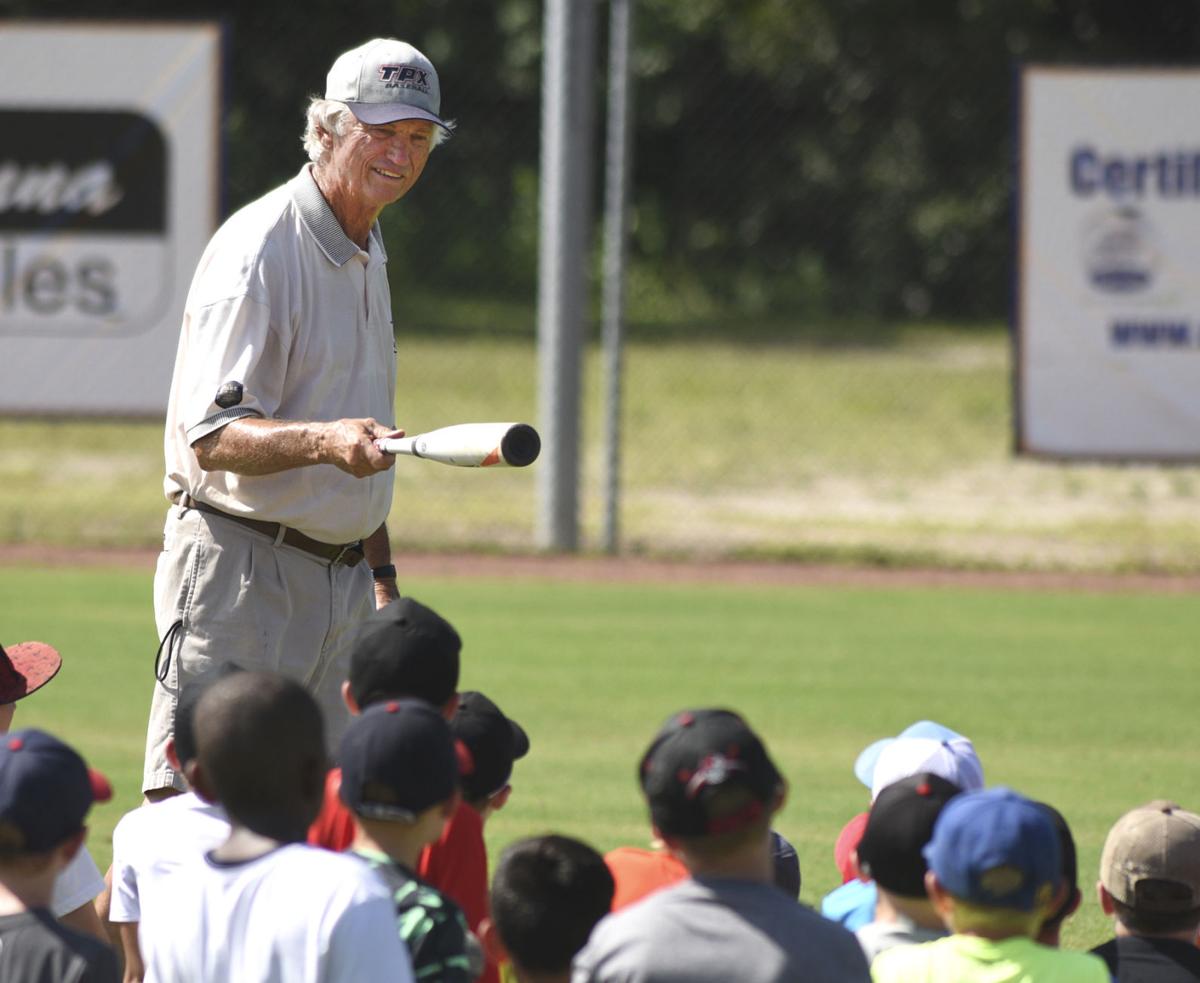 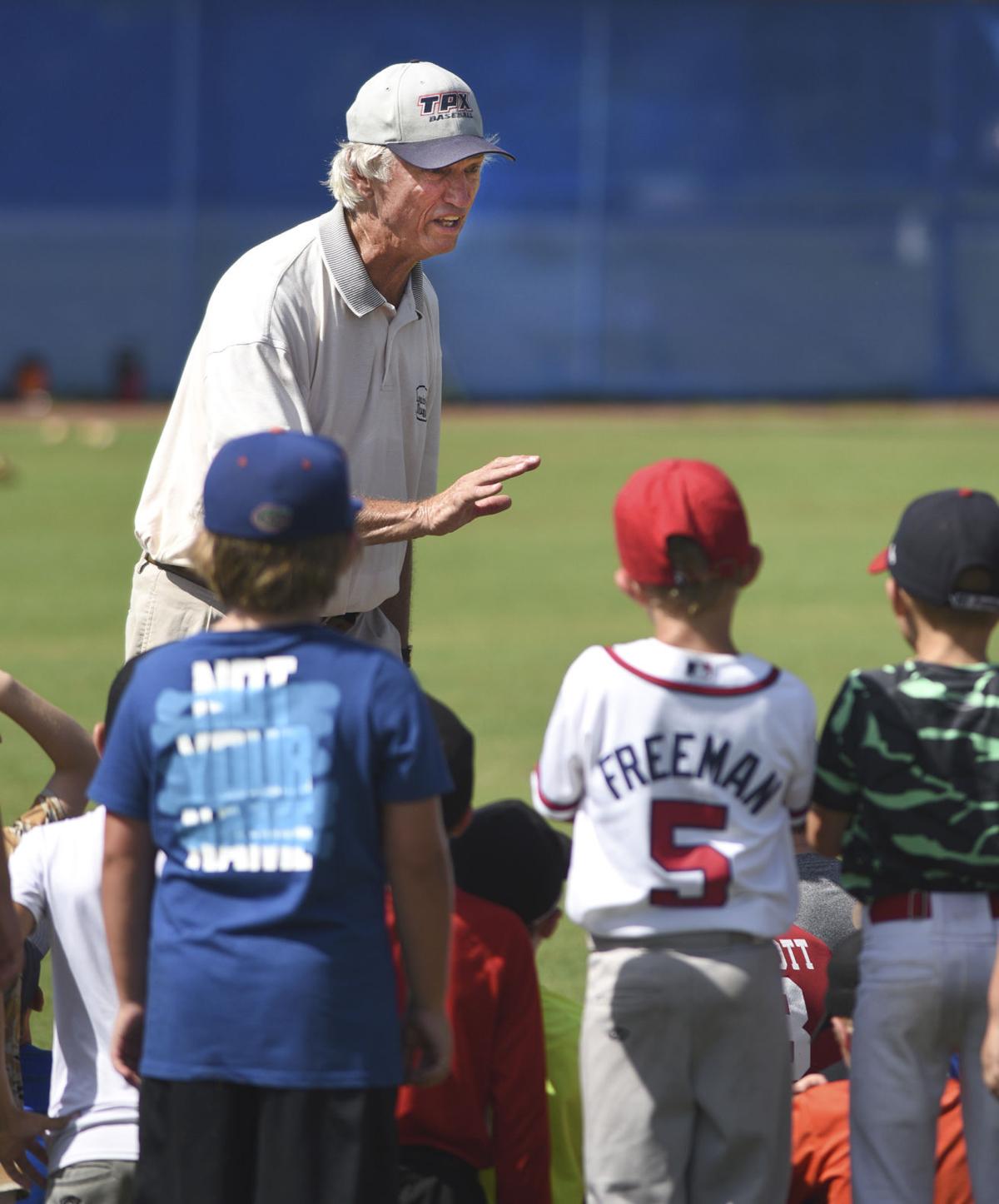 Coach Robert Sapp helps Clayton Calhoun, then age 8, with his grip during the 2016 camp.

After canceling camp last summer, the Robert Sapp Baseball Camp can finally have its 40th year.

Since 1981, Robert Sapp began hosting baseball camps all over the state of Georgia. As a Glynn County native, he brought the camp to the Golden Isles as well.

It all started when he was teaching, and it gave him a good summer gig to do, but it was also about teaching the correct fundamentals to youth baseball players. He wanted to give back to the community that taught him the fundamentals and said it’s one reason he hosts a camp in Glynn County.

Sapp said in 1981, he decided to give it a go to see if it would work out, and it snowballed from there. Last June was the first time since the start the Sapp’s had a June off from camp.

It takes a lot to organize a camp like this, especially one that happens at multiple sites across Georgia, but Sapp said he enjoys the organizing and marketing side of it all. His wife, Nancy, has also been a massive help as she handles the money and paperwork.

“I enjoyed being around the kids, and I can see the parents seem to be appreciative of taking their kids for a week and trying to develop them into better players,” Sapp said.

This camp sticks to teaching the players fundamentals, but it’s also about teaching them other things — like not everyone gets a trophy. Sapp said the only two awards they give out are for hustle and improvement.

“We give out a hustle award and most improved for the age groups — maybe 20 or 25 kids in those groups,” Sapp said. “We tell them anybody can win those. We try to teach hustle, and we try to get them to improve. But it makes it really great when you hear Adam Wainwright say, ‘I got my red ribbon sitting in my trophy case. I came in second in pitching,’ when he was a young kid. We tell them it’s not a big deal even if you don’t get a ribbon or you don’t get first place. That’s not the point of the deal. We’re just trying to on Fridays, compete a little bit and try to go over the fundamentals one more time.”

Now 40 years later, things are coming full circle for Sapp. The players he coached back at the beginning are now bringing their children to camp.

“I’ve got Richard Howell, who played basketball for me when I was down at Brunswick High when I started their program. His grandson is coming to camp in Brunswick,” Sapp said. “That’s pretty special when you got somebody who feels like they get something out of it, and they’re sitting there grandkids. I’ve got John Law, who’s a retired minister on St. Simons — he’s my first cousin. His grandson is in my camp in Flowery Branch at 6 years old. So you get that, and that’s special when you get those second generation.”

Those fundamentals and lessons stick with people, like Ryan Good, a former camper, hydration specialist and coach who got to see all sides of the camp.

“I started probably as an 8-years-old, and I probably did it up until maybe middle school, until I started competitively playing summer ball and stuff like that,” Good said. “Once I got into high school, I turned into — they joke about this — the hydration specialist at the camp. So I was the one making all the Powerade and water for all the younger guys, and I helped out a little bit with the younger kids.

“Then Coach Sapp gave me an opportunity once I got into college to actually start coaching for him. I really enjoyed that I got to do all three. I don’t know how many people got to do that, but I got to see Coach Sapp as a coach, and he was a mentor to me as well, too, because he’s been in the game of baseball for so long. He’s just very passionate about the sport, so it was always a joy being around him.”

Good said it’s crazy to think 40 years of camps have come and gone, but said it should explain just how much respect he has in the baseball world.

“He’s been almost like a pioneer — I don’t think a lot of people can say they’ve lasted in baseball to where they could do something like this for that long because the game has changed a lot over the past 40 years,” Good said. “I think the main thing is people understand the passion he has for the game and teaching the fundamentals at such a young age. As soon as you got your kid in there at a young age, you realize that they weren’t going for babysitting — they were going to be learning how to play the game baseball.”

One of the biggest lessons Good learned from his time at camp was patience. Whether it was as a player learning how to play the right way or as a coach teaching kids to play, he learned that being patient is critical.

“He won’t let someone throw the ball multiple times with their elbow down — he’s going to go correct them no matter how old they are,” Good said. “If they don’t get it, right, we’re gonna keep practicing until we do.”

Good said the lessons he’s learned from Sapp and camp carry over into his world today as a fitness instructor. He said he has to make sure his clients make moves correctly to avoid injury, just like Sapp taught him to avoid injuries by doing things the right way on a baseball field.

However, one of his fondest memories didn’t just come from the countless hours of playing baseball at camp, but the laughs that carry over into today’s youth.

One of the biggest things Good learned from his time at camp is that Sapp always has a story to tell, which he really enjoyed.

“Anytime you’re around someone who’s been in the game of baseball for that long, anytime you get to sit down with them at lunch stories come out while he was playing or coaching or at a previous Sapp camp 10 years ago,” Good said. “I guess just really being able just to sit there and just really just learn from him, and the fact that someone’s been in a career, regardless of its baseball, or whatever it is, for that long it is, I think it is pretty impressive.”

Robert Sapp’s Brunswick and St. Simons camp begins June 14-18 at Brunswick High and Frederica Academy. Sapp will be at each field to direct and lead the camp like he has the last 39 years.