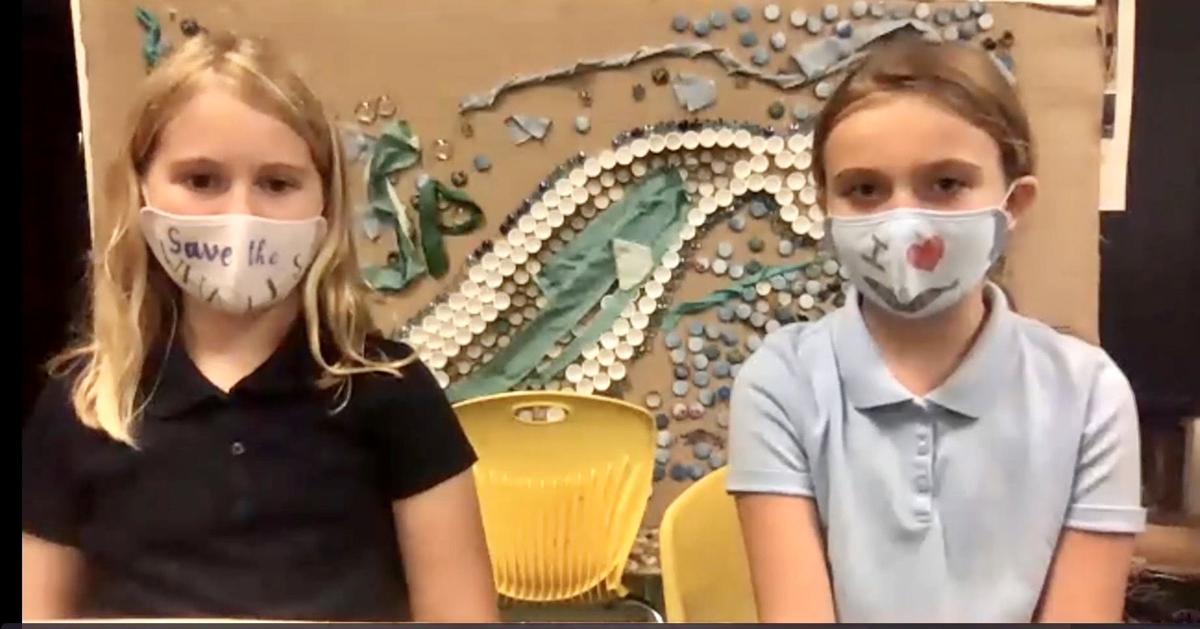 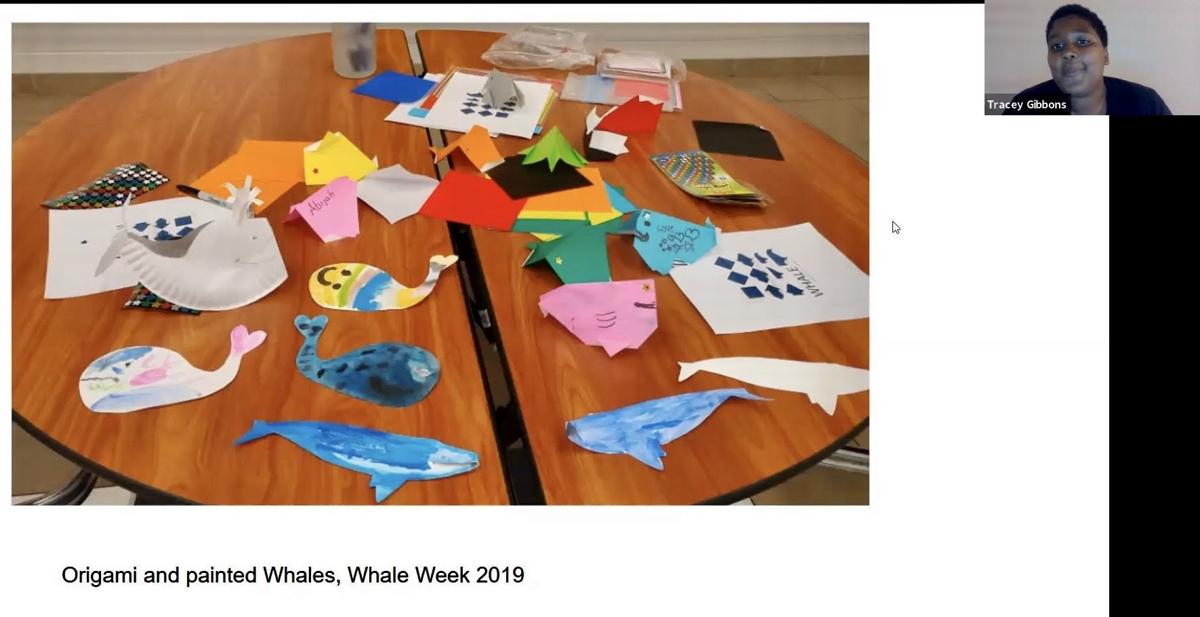 Tracey Gibbons, a student at Ebenezer Middle School, shares a photo of artwork created during last year’s Whale Week. Gibbons was one of several students who spoke Monday during a Youth Press Conference event that kicked off this year’s Whale Week.

Tracey Gibbons, a student at Ebenezer Middle School, shares a photo of artwork created during last year’s Whale Week. Gibbons was one of several students who spoke Monday during a Youth Press Conference event that kicked off this year’s Whale Week.

A sincere goal of most conservation efforts is to protect the natural world so future generations can experience its beauty.

A few members of the next generation shared their own passion for this work Monday during the kick-off event for Whale Week, a grassroots effort that brings together coastal partners in the Savannah area to raise awareness of the plight of the North Atlantic right whale.

A virtual press conference led by four young students Monday provided information about the right whale, a species that has been hunted to near extinction and that migrates annually to coastal Georgia and Florida waters for its calving season.

“We on the Georgia coast are lucky to have these majestic creatures December through March,” said fifth-grade student Anna Fuller. “They visit our area for the warm waters to have calves. Georgia’s coast is very important in order for the whales to repopulate.”

Right whales are especially vulnerable during calving season, and seasonal regulations on vessel speeds in certain areas — in place from Nov. 15 to April 15 — aim to protect the whales.

“Fortunately there have been regulations passed to protect these awesome species, such as ship strike reduction regulations, but are we doing enough?” asked fifth-grader Kylia Clark, who sat beside Fuller in a classroom at the Tybee Island Marine Academy. “It is our responsibility as Georgia residents to protect these amazing animals.”

Whale Week will run through Saturday and features numerous virtual educational events that are free, family friendly and open to the public.

“The objective is to learn why the right whale is our state marine mammal, why we should work to preserve its habitat and what actions we can take towards this effort,” said Samantha Siegel, senior southeast organizer for Oceana, one of the organizations sponsoring Whale Week events.

North Atlantic right whales face many challenges, said fifth-grader Lila Allan. The whales can get tangled in fishing gear or struck by boats. Increased awareness can protect them from these dangers.

“They’re beautiful creatures, and many still don’t know about them,” Allan said. “Very little are left. An estimate from studiers of these whales says that the population is in the 300s. Right whales are critically endangered. Many scientists are working to save them.”

Most worry that the whales could become extinct in the next 10 years.

“These whales are innocent creatures,” Allan said. “Very few people have seen these whales. Georgia’s coast is the birthing place for these whales. Trash litters our waters, and tons of boats are in the water as well. People fish off our beach, which can cause entanglement in the fishing lines and nets. Babies can be hit and so can mothers.”

The North Atlantic right whale can grow up to 52 feet long and weigh between 88,000 and 150,000 pounds, said Tracey Gibbons, a student at Ebenezer Middle School in Rincon.

“The North Atlantic right whale can live up to 70 years old,” Gibbons said. “… They usually migrate alone in small groups. They spend winter in the south of Georgia and Florida coast, and in the spring they migrate north to New England and they stay there for the summer and fall.”

Siegel encourages anyone on the water during calving season to be aware of right whales, which will appear as black objects that may barely clear the water’s surface.

“During night and other periods of reduced visibility, boat operators should use the slowest, safest speed to reduce the risk of collisions with right whales,” she said. “And if you do see a right whale, slow your vessel down and take measures to avoid the whale. Do not assume the whale will get out of your way. You need to get out of the whale’s way.”

Those who see a whale are also asked to record the location and call authorities at 1-800-272-8363 to report the sighting.

Allan implored all who learn about these whales to spread the word and take efforts to save the population.

“They’re unique and beautiful creatures,” she said. “They’re so special. Don’t let their size fool you. They’re delicate just like other animals. We have to be careful. Honor the whales, protect them and maybe we’ll see more. Maybe if we protect them, our children will be able to see them.”

The schedule of events for Whale Week can be found online at whaleweek.org/programoverview.