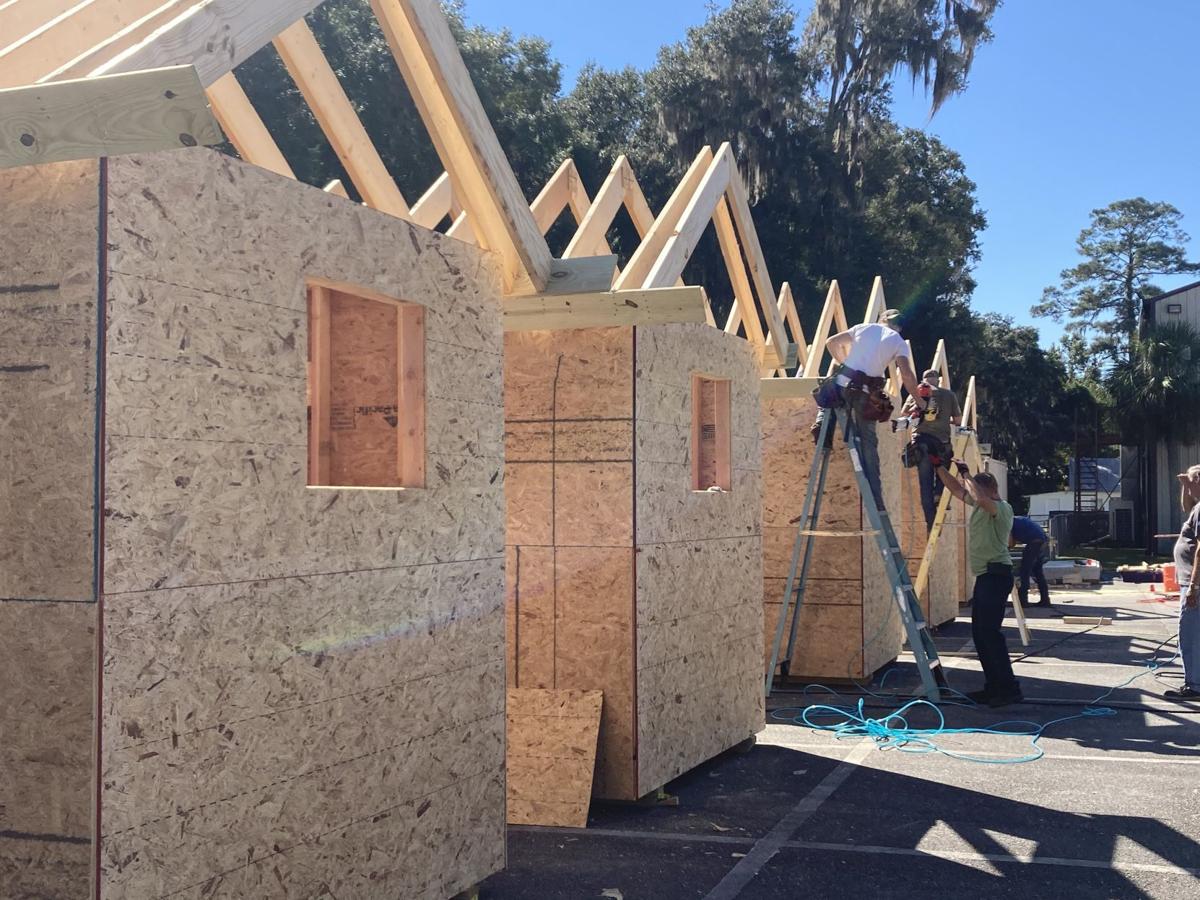 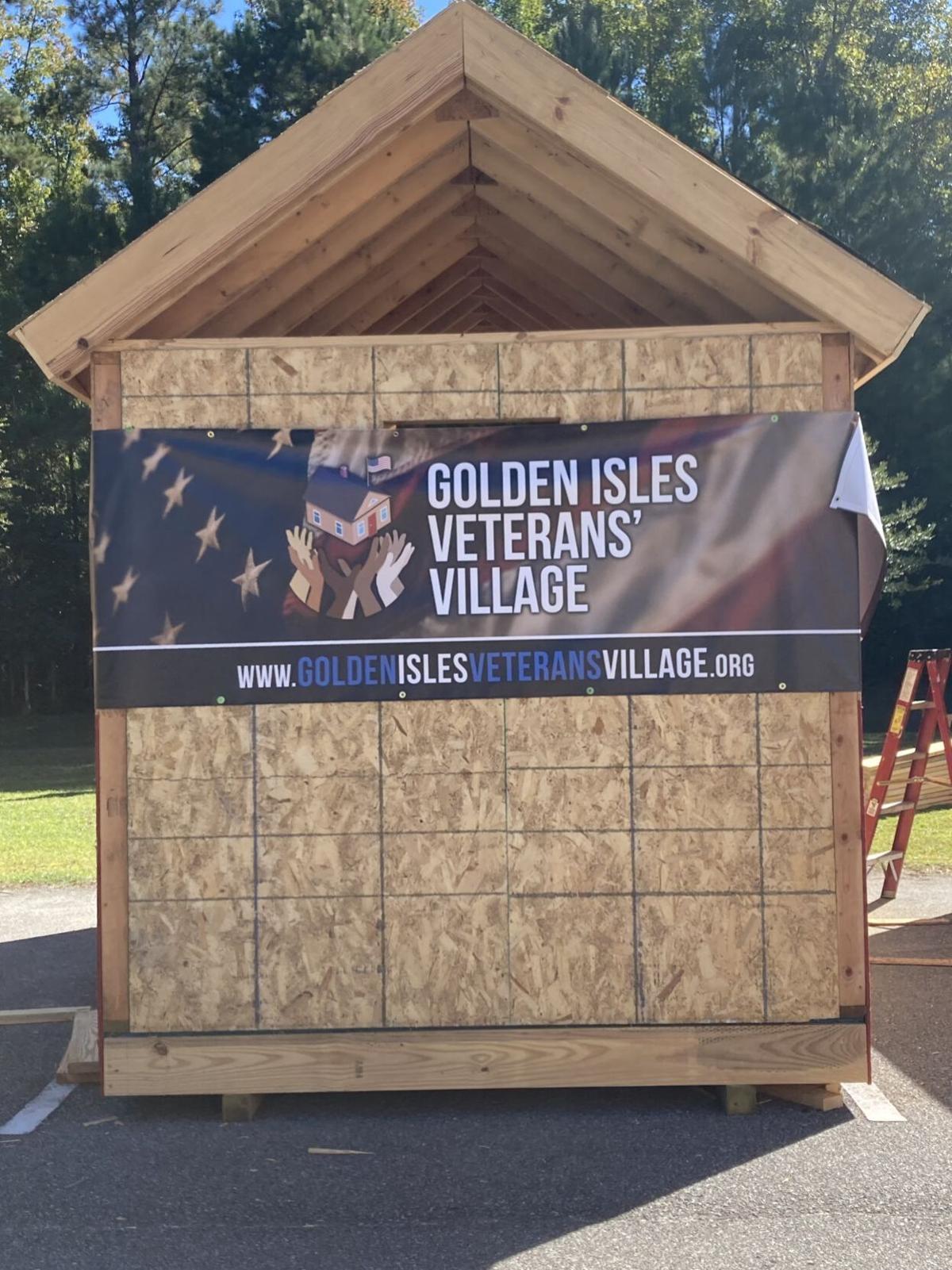 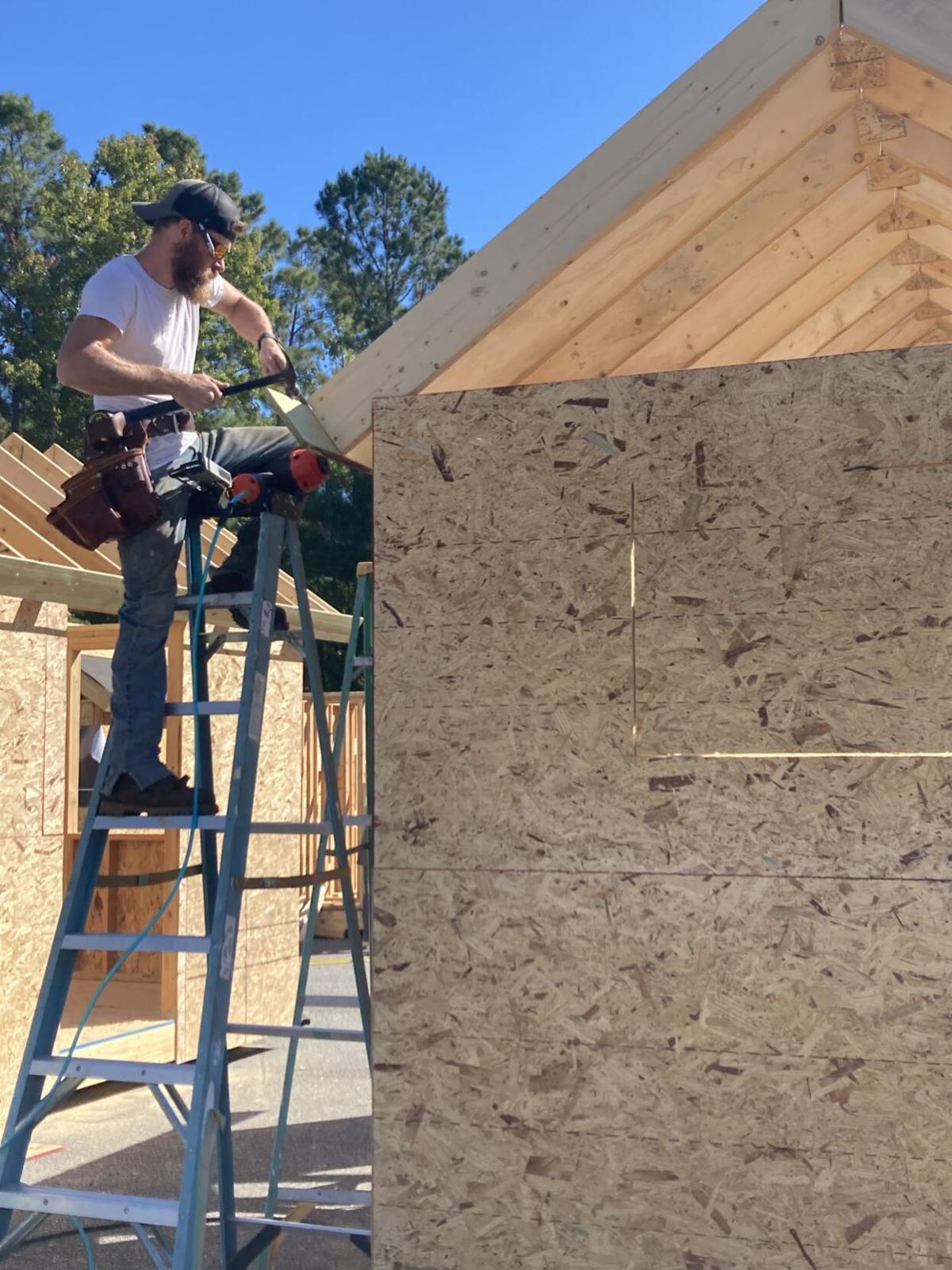 Just up I-95 on a pleasant, sunny Saturday morning, a cacophony of hammers, drills and other sounds of construction filled the air around a church in Townsend.

These noises indicated real progress that’s being made on the Golden Isles Veterans Village, which will once completed offer 30 tiny houses to homeless veterans in Glynn County along with wrap-around services intended to help individuals successfully reintegrate themselves back into society.

Project leaders recently accepted an offer for support from South Newport Baptist Church in McIntosh County, through which the tiny homes are being built by volunteers off-site and will be transported to Brunswick once completed.

“Due to a delay in underground engineering, we have decided to take advantage of the great opportunity that the Newport Baptist Church, this congregation and the 40 affiliated churches, have come to us with,” said John Bartosh, board member for the Golden Isles Veterans Village. “They said that based upon the mission work they do all over the Caribbean and in North Carolina, South Carolina, they’d like to do something local. So they have taken on the Golden Isles Veterans Village.”

Two model houses, on which banners are hung, will be put on display to showcase the project’s progress. One will soon be set up in Brunswick at the site of the new village and the other will sit in front of the Townsend church, in hopes of attracting more volunteers to the project.

The banners also include a QR code that can be used to access the project’s website, where people can make monetary or in-kind donations or learn about volunteer opportunities.

Volunteers representing several churches were on hand Saturday working on the 12 units currently being built.

“We have been nonstop for the last two weeks,” said Henderson Hope, who coordinates mission projects for South Newport Baptist Church. “Every day, we’ve been here working … I hope to have this project completed by the first of December.”

Hope has worked in construction during church mission trips for more than two decades. He learned about the Golden Isles Veterans Village when his church was considering its own tiny home project.

He got in touch with one of the Golden Isles Veterans Village leaders and immediately offered to lend a hand.

“Within a week, we were starting to build our first two units,” Hope said.

Volunteers and donors have been generous to the project, Bartosh said.

“We are most grateful to an awful lot of folks at this point in time,” he said.

Bartosh said he’s looking forward to having the village built and serving veterans in the Brunswick area.

“We are open to community support, and we look forward to the opportunity of serving the community, and within a 50-mile radius or better, military veterans who are in need,” he said. “Our project is a hand up for homeless veterans.”

“He’s like an orchestra leader,” Bartosh said. “He has things all laid out, and when the people come in they started on one item then moved on to the next.”

Volunteers with the Veterans Village were also on site, including board member Joyce Griggs, who retired in 2013 from a 33-year career in the military at the rank of lieutenant colonel.

She said she’s excited to see the Veterans Village offer aid to those who’ve served this country.

“This gives me great honor to be a part of it, to give back to fellow veterans,” Griggs said.