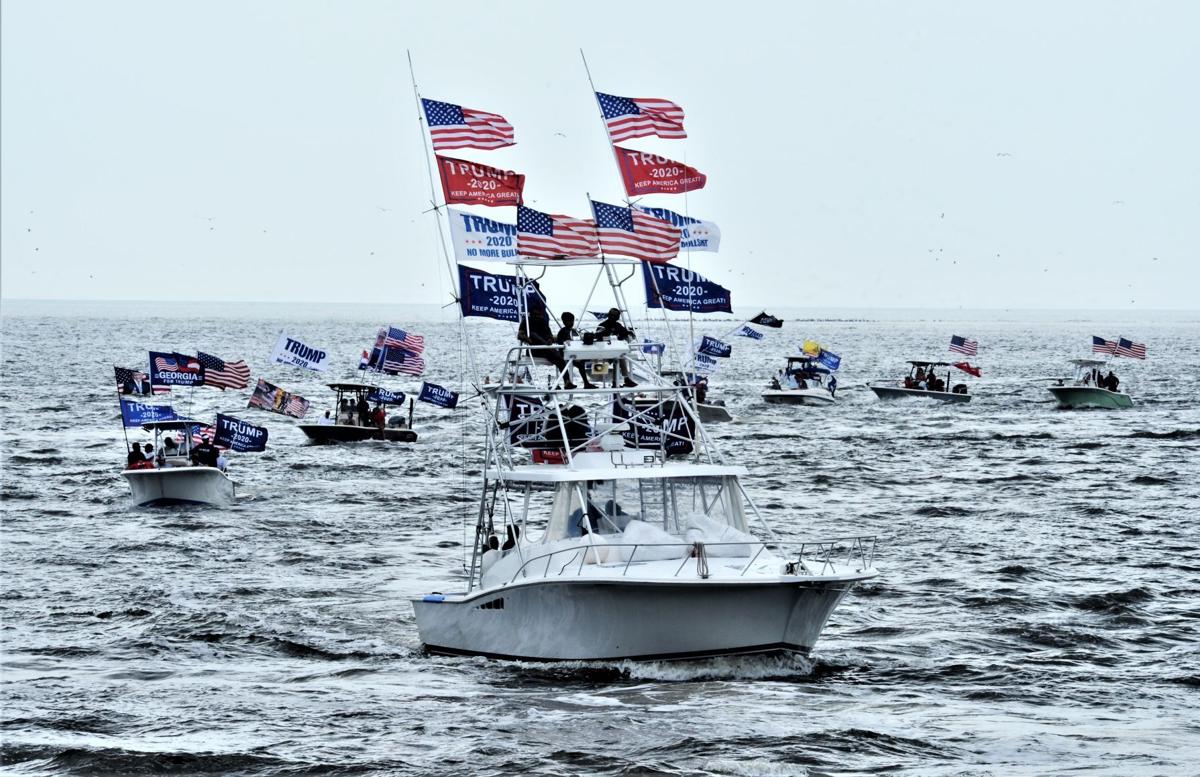 Boats approach the St. Simons Island pier on the final leg of the TrumPalooza flotilla that attracted 200-300 boats. 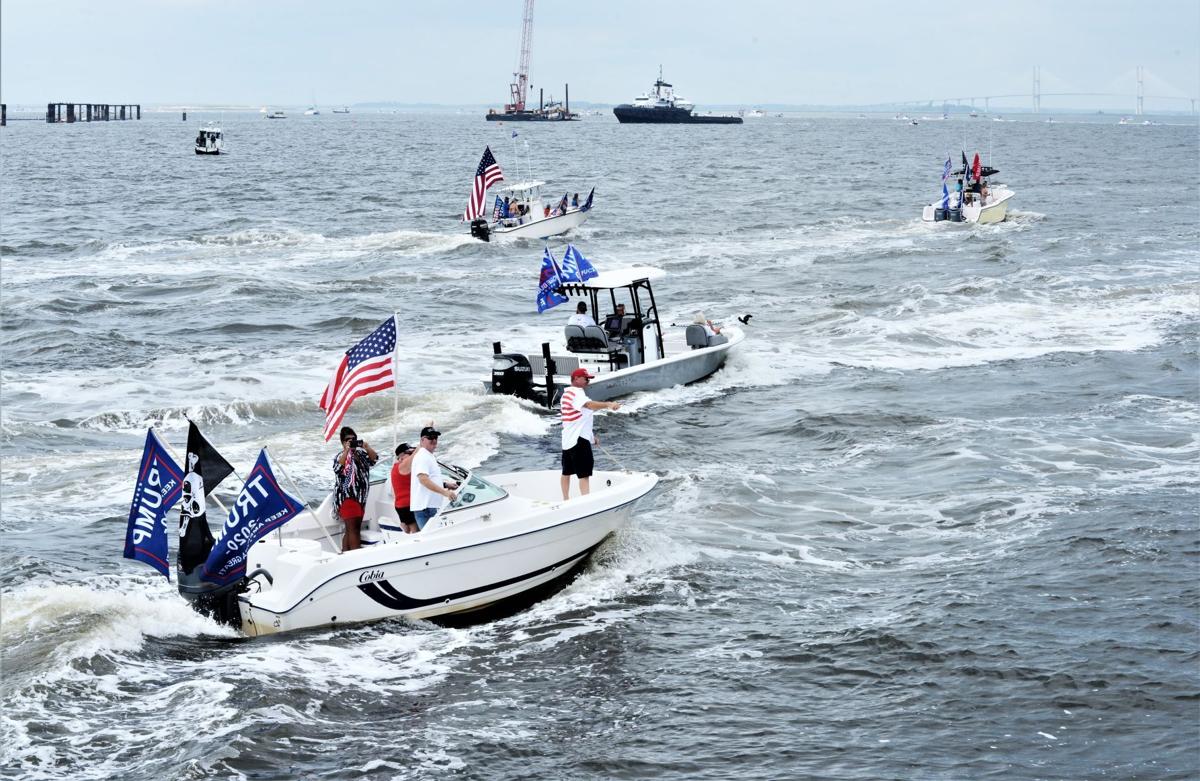 Boats in the TrumPalooza pass the St. Simons Island pier. 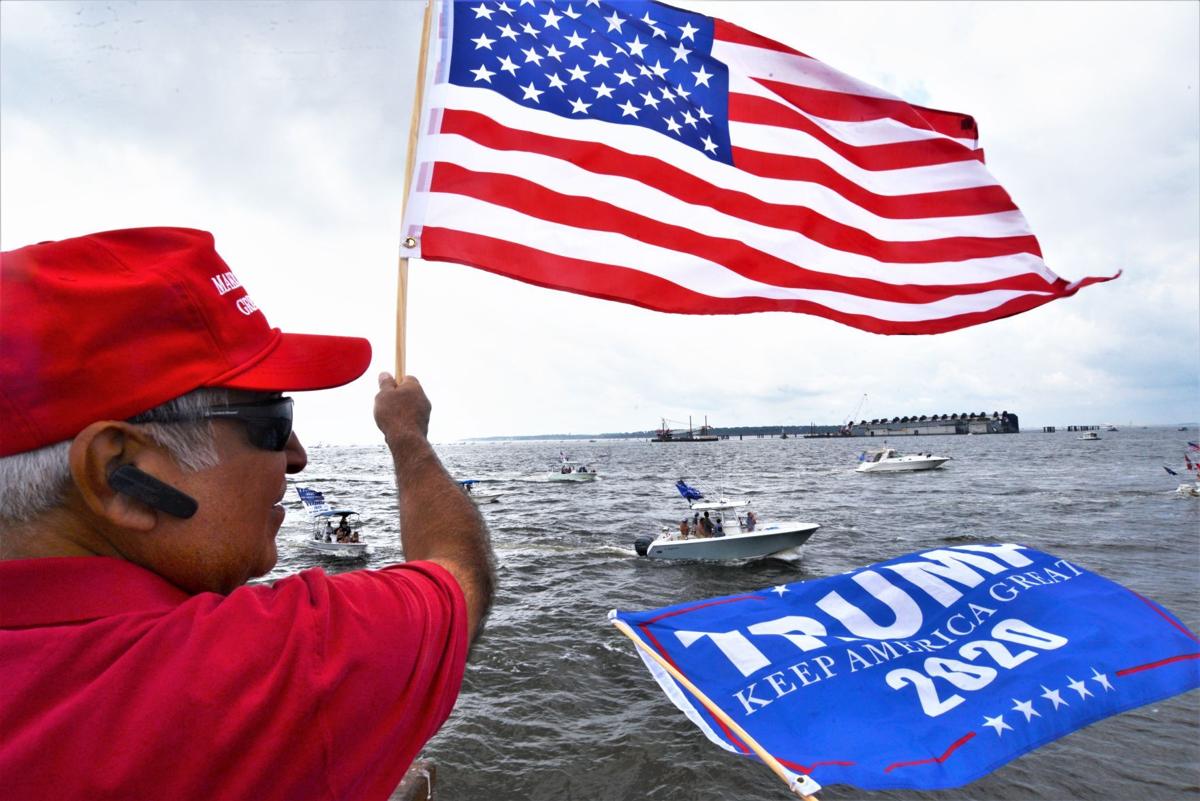 Boats approach the St. Simons Island pier on the final leg of the TrumPalooza flotilla that attracted 200-300 boats.

Boats in the TrumPalooza pass the St. Simons Island pier.

Dana Haza, who organized the event with Glynn Bufkin, said she was “absolutely pleased with the turnout.”

It got off to a late start from Liberty Park because the boats just wouldn’t stop coming. At the 10 a.m. starting time, more than 200 boats were in position at the Sidney Lanier Bridge as others were still rounding the bend in the Brunswick River to the east. Some boaters simply idled and waited to join the flotilla as it passed.

The flotilla started about 10:30 a.m., about half an hour late, and as the boats passed under the bridge toward Jekyll Island a Trump campaign bus passed overhead trailed by more than 100 rumbling motorcycles many flying smaller versions of American and Trump flags.

There were likely 1,000 people at any given time at the park many of them standing on the northern end of the fishing pier that was once the Sidney Lanier Bridge. There were a lot of American, blue line and Trump flags on shore but far more on the boats.

When the boats crossed the sound from Jekyll Island there were hundreds more on the St. Simons pier and along the shore at Neptune Park waving flags and yelling.

Arnold Montez waved an American flag and marveled at the number of boats passing by the pier.

Karen Hunter brought her children to watch from the pier. They moved to St. Simons from Eugene, Oregon, a year ago and her 12-year-old son, Jackson, begged her to come, she said.

“They love their country,’’ she said of her children.

Hunter remarked the atmosphere is far different in coastal Georgia than in Oregen.

“You couldn’t do something like this in Oregon’’ lest protesters shut it down, she said. “Here you can be a Christian, you can be for Trump and nobody tells you otherwise.”

See the Monday edition of the Brunswick News for a full report.