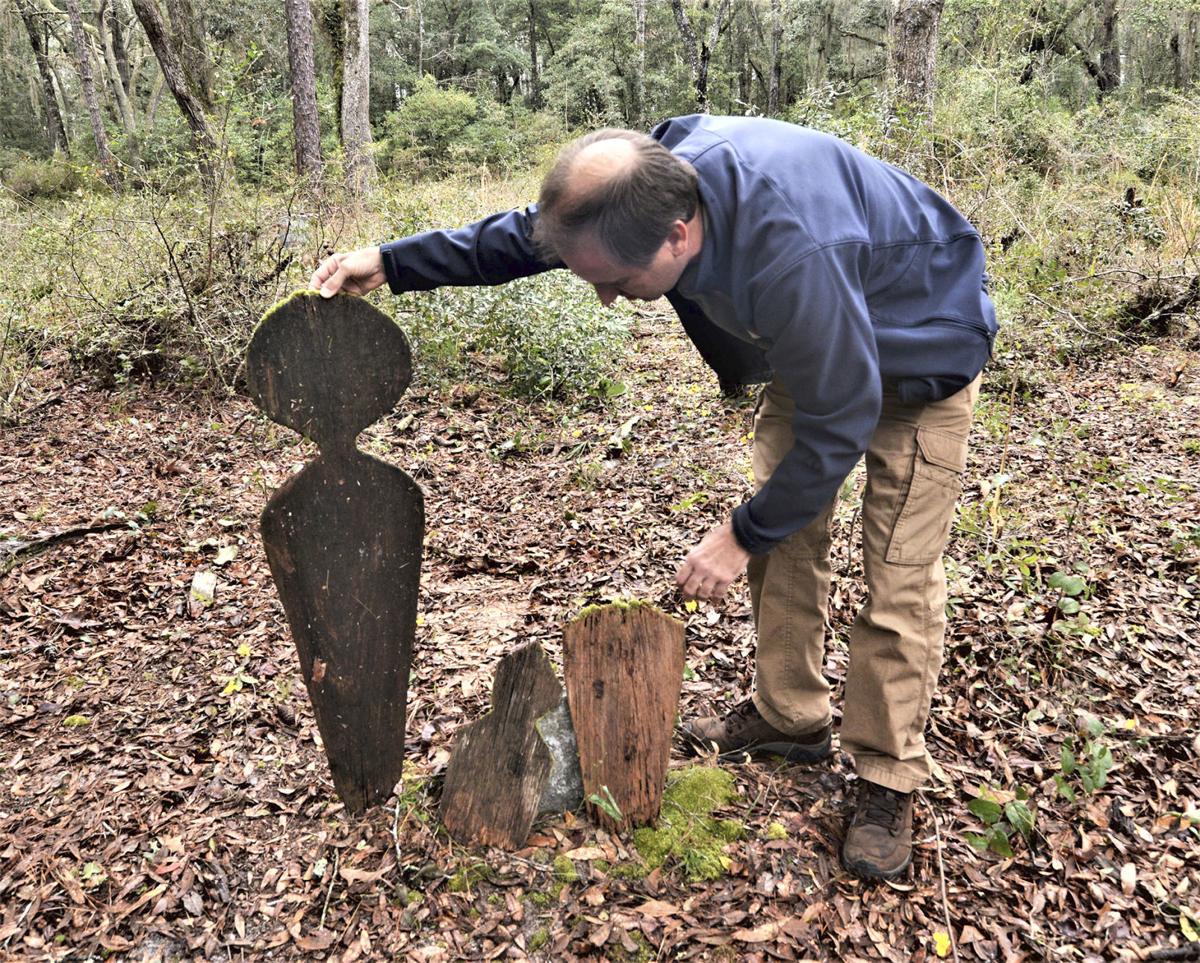 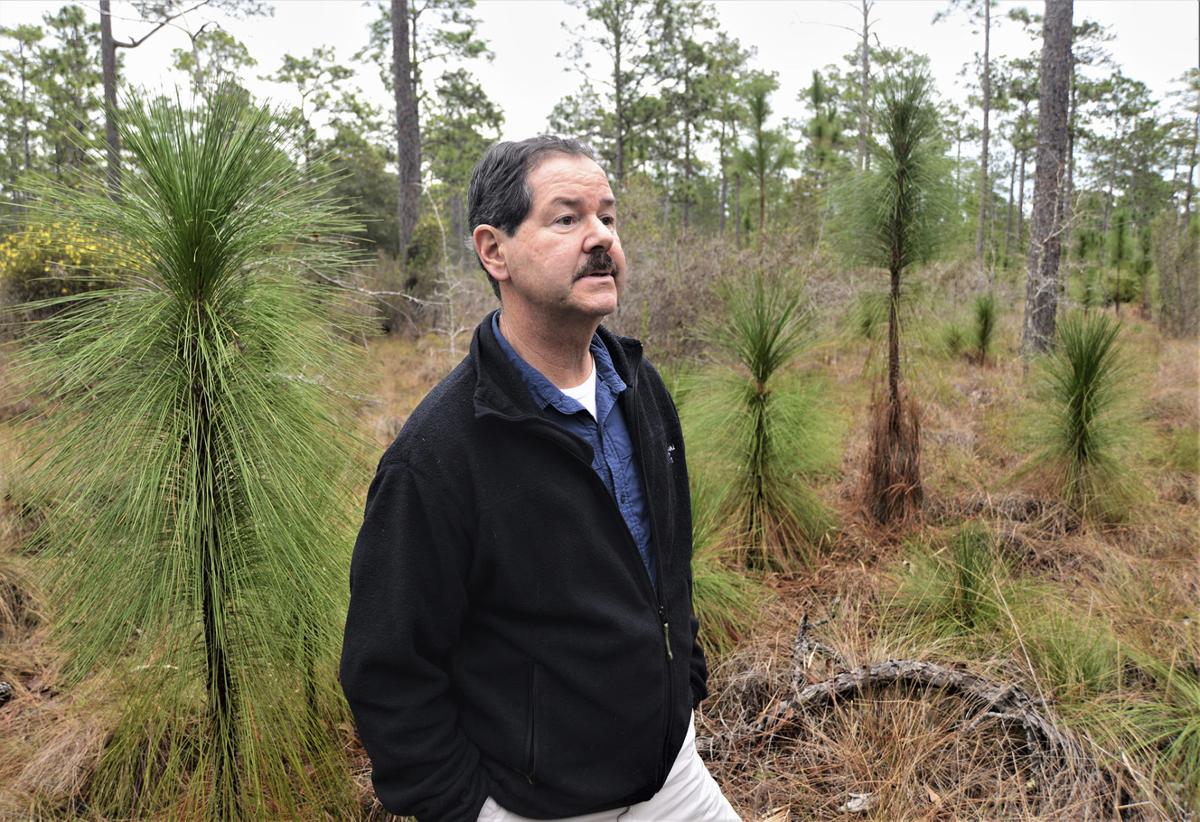 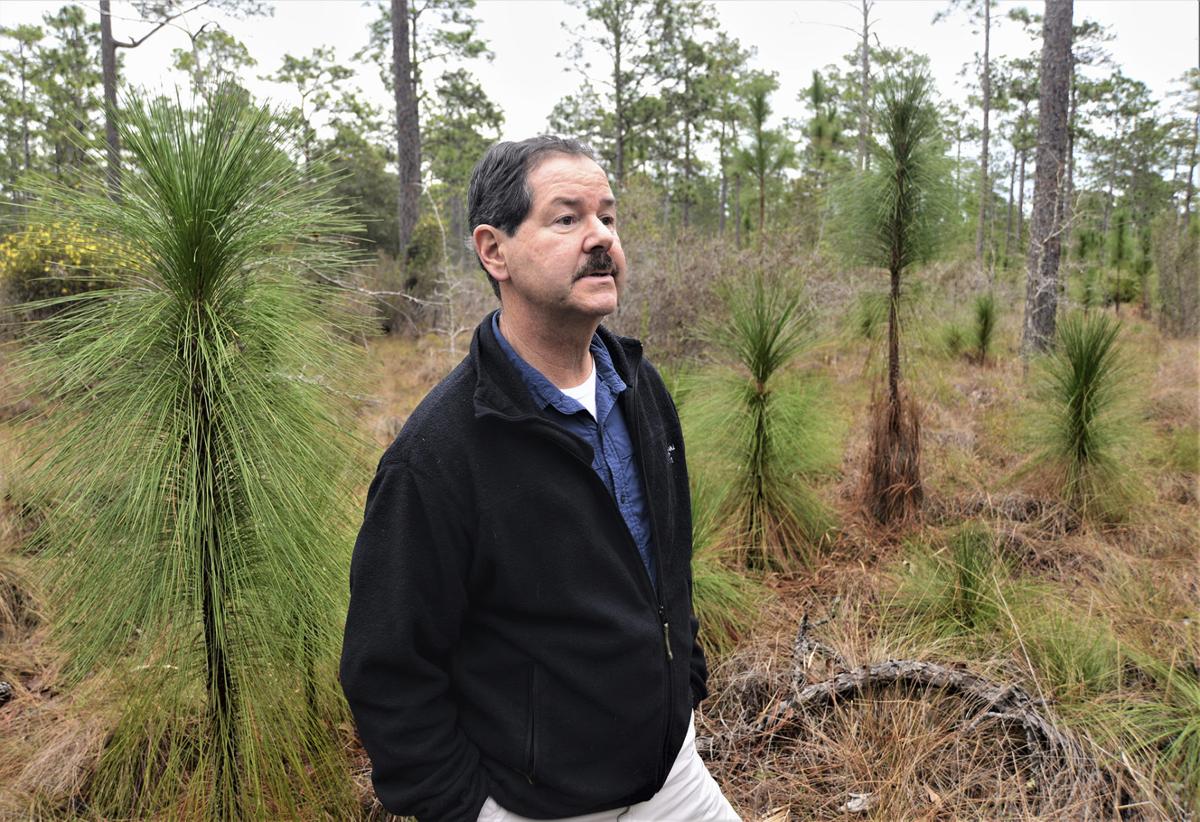 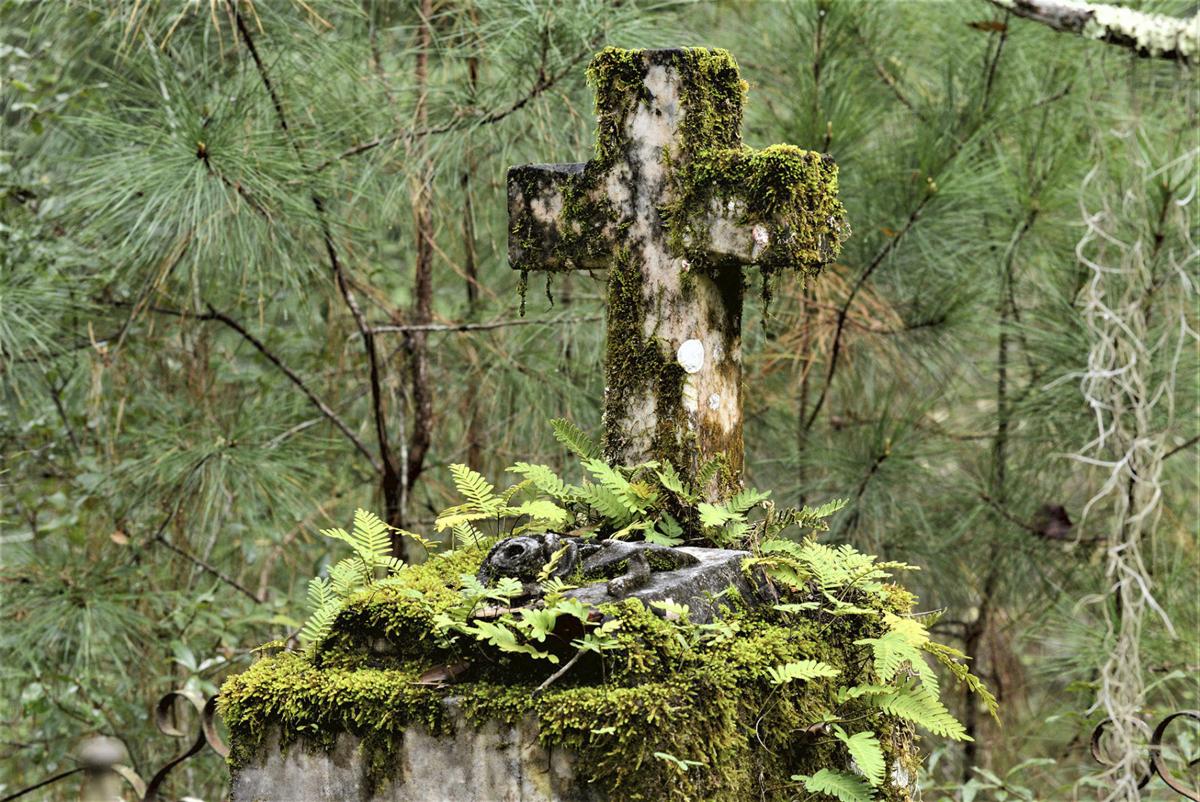 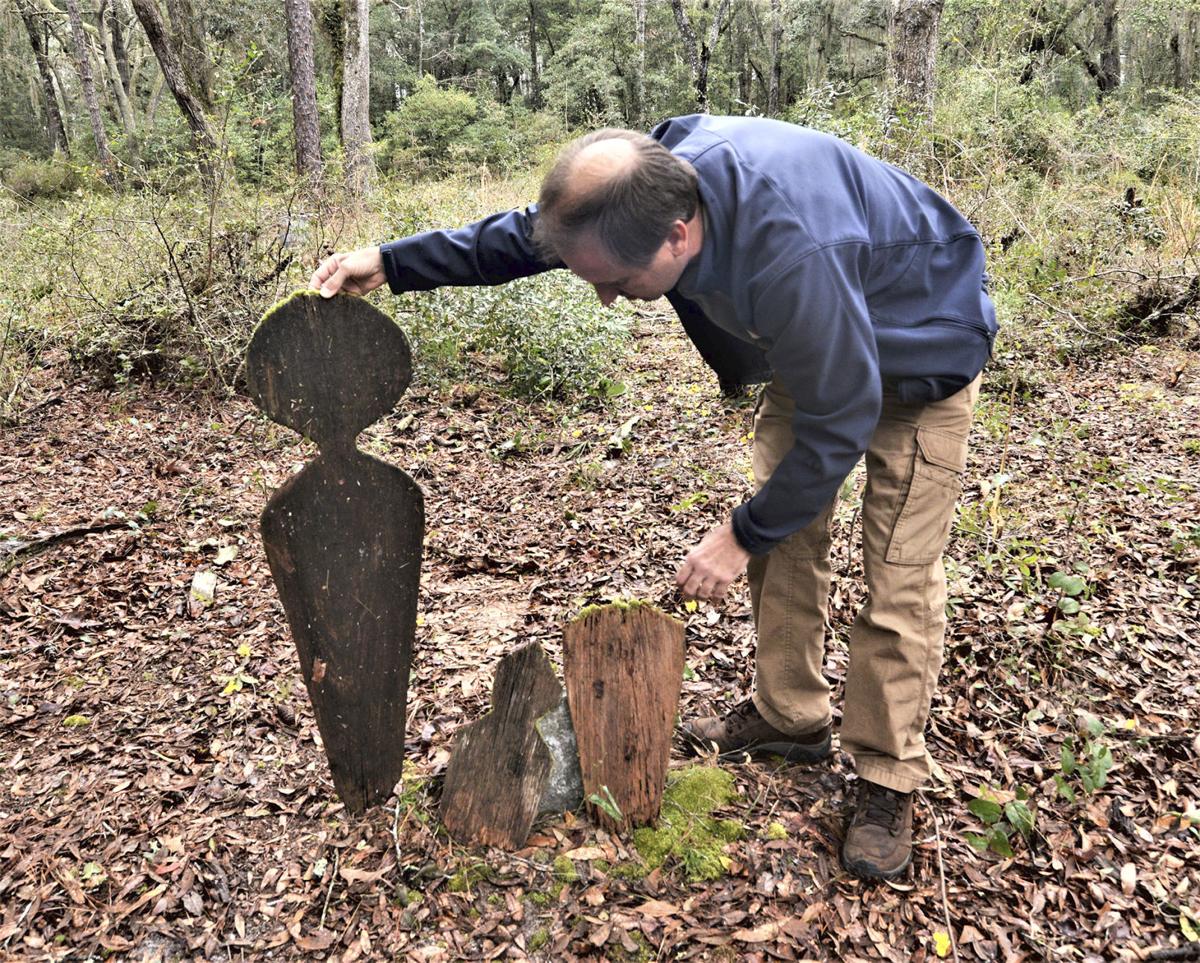 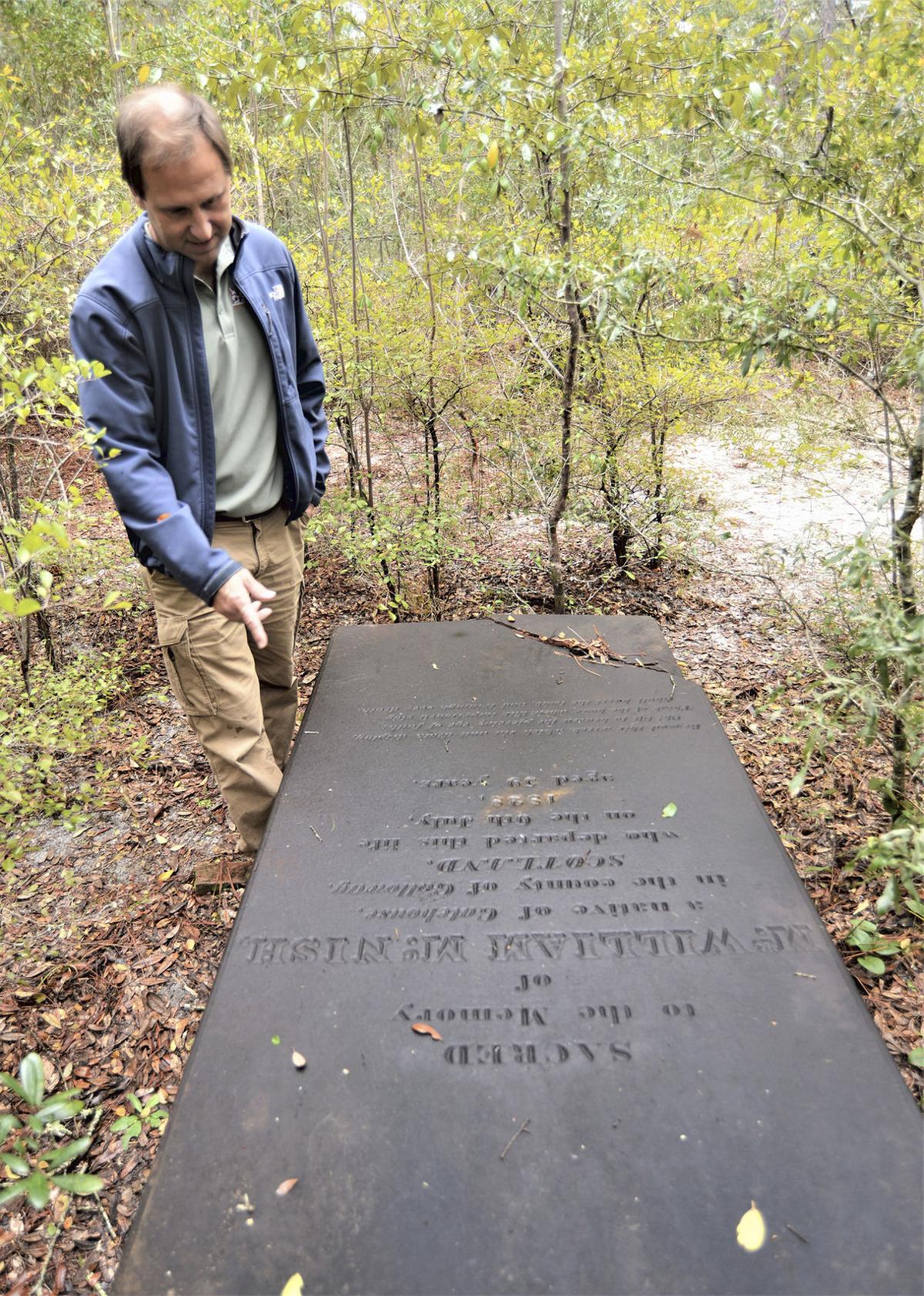 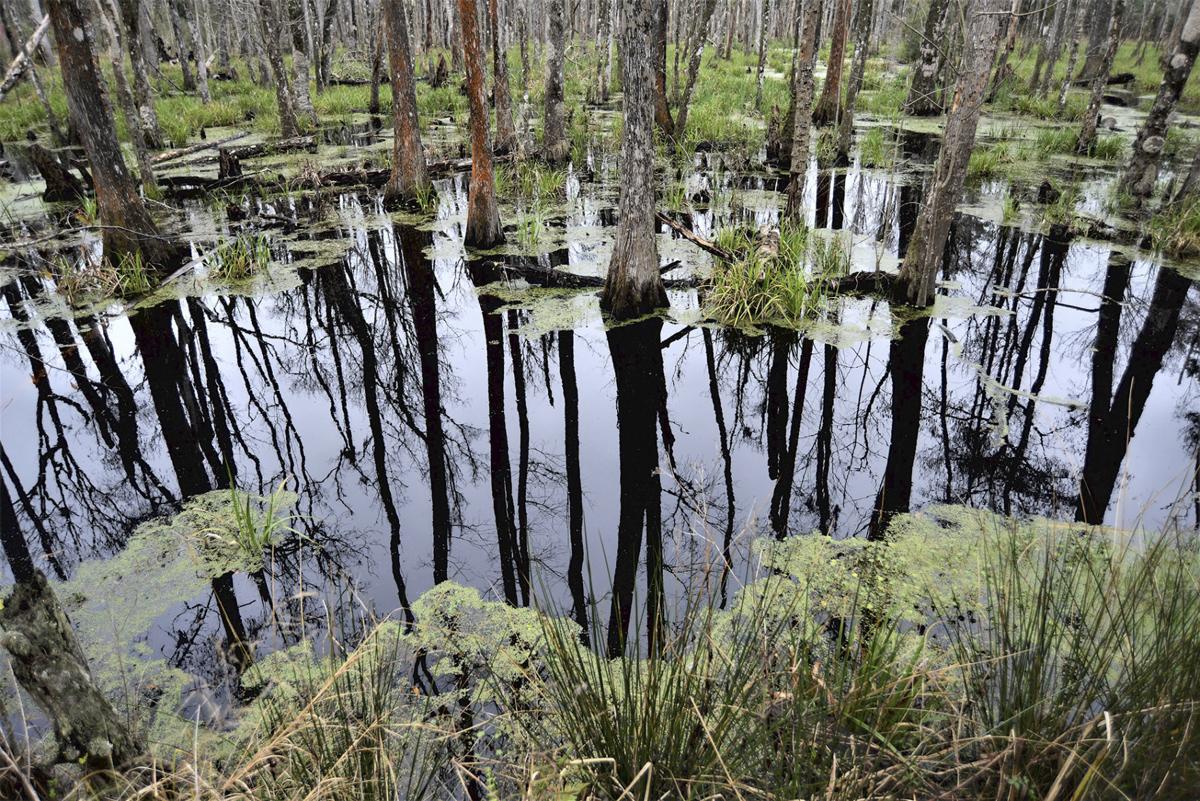 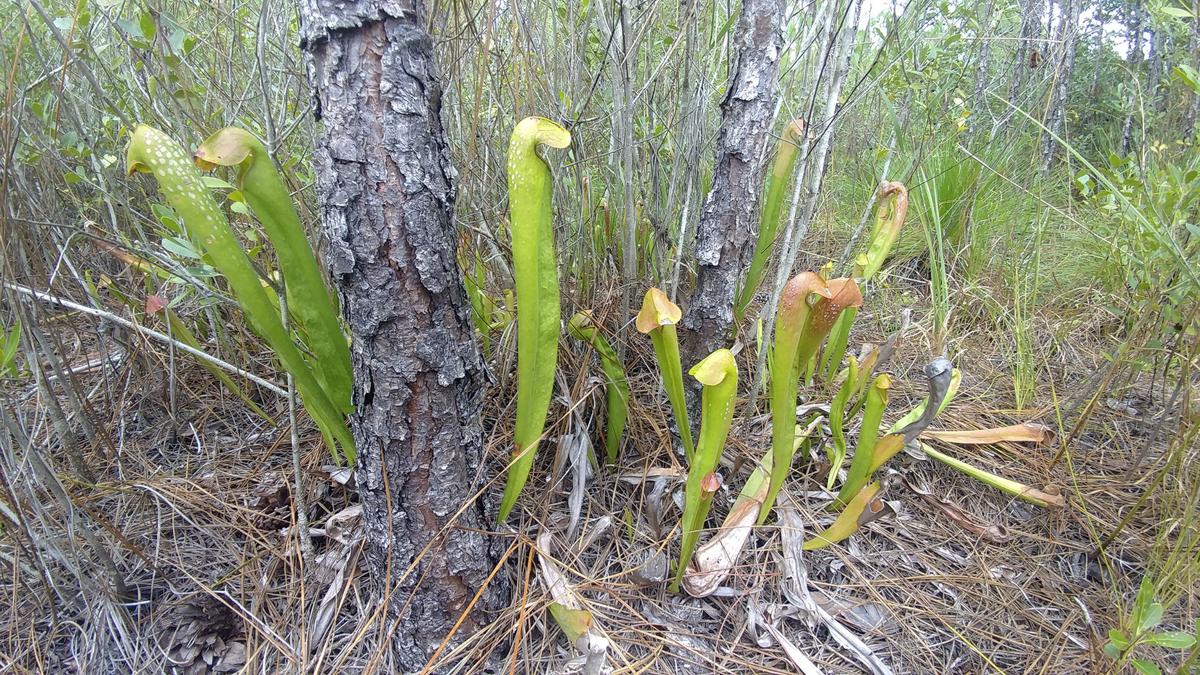 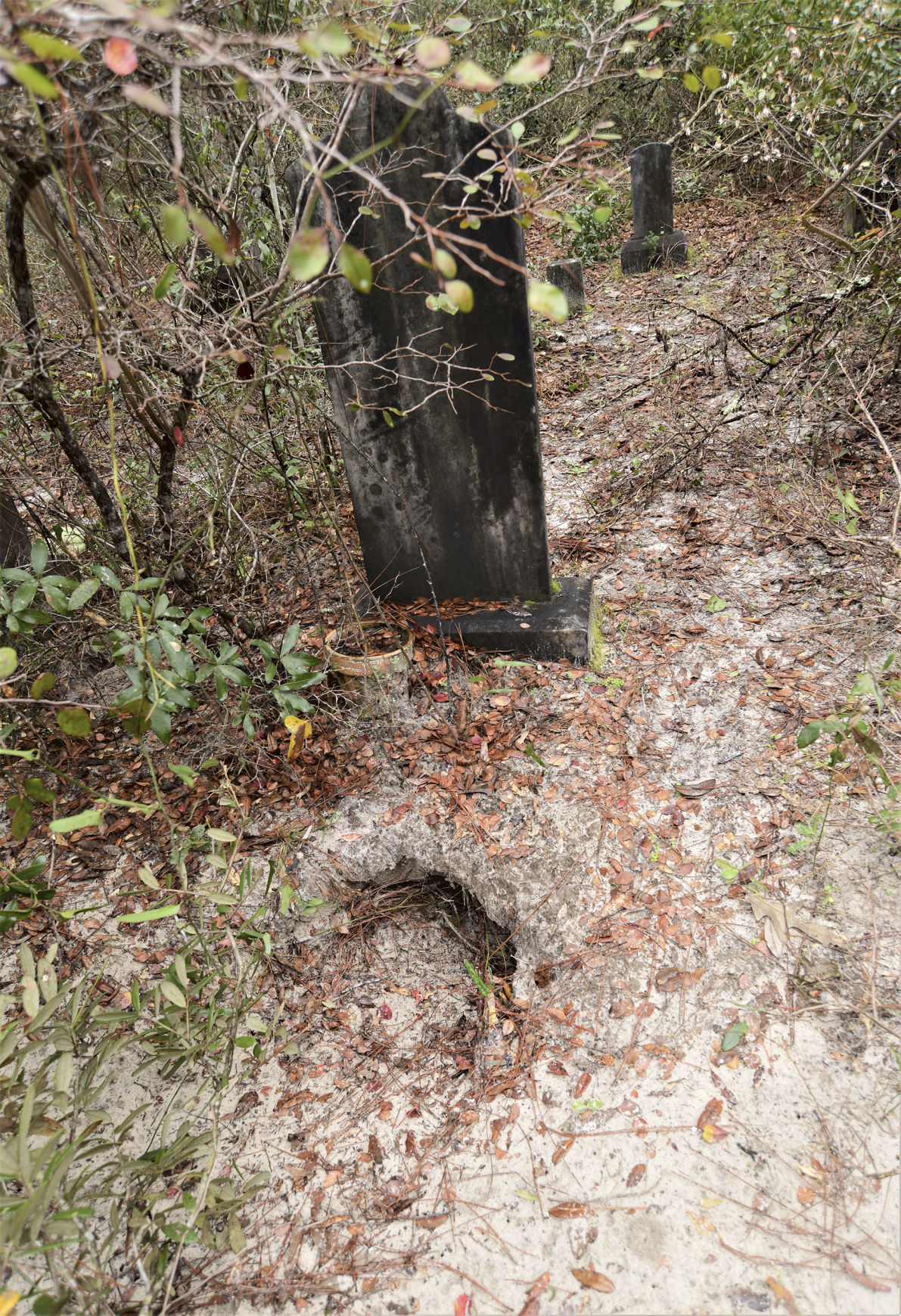 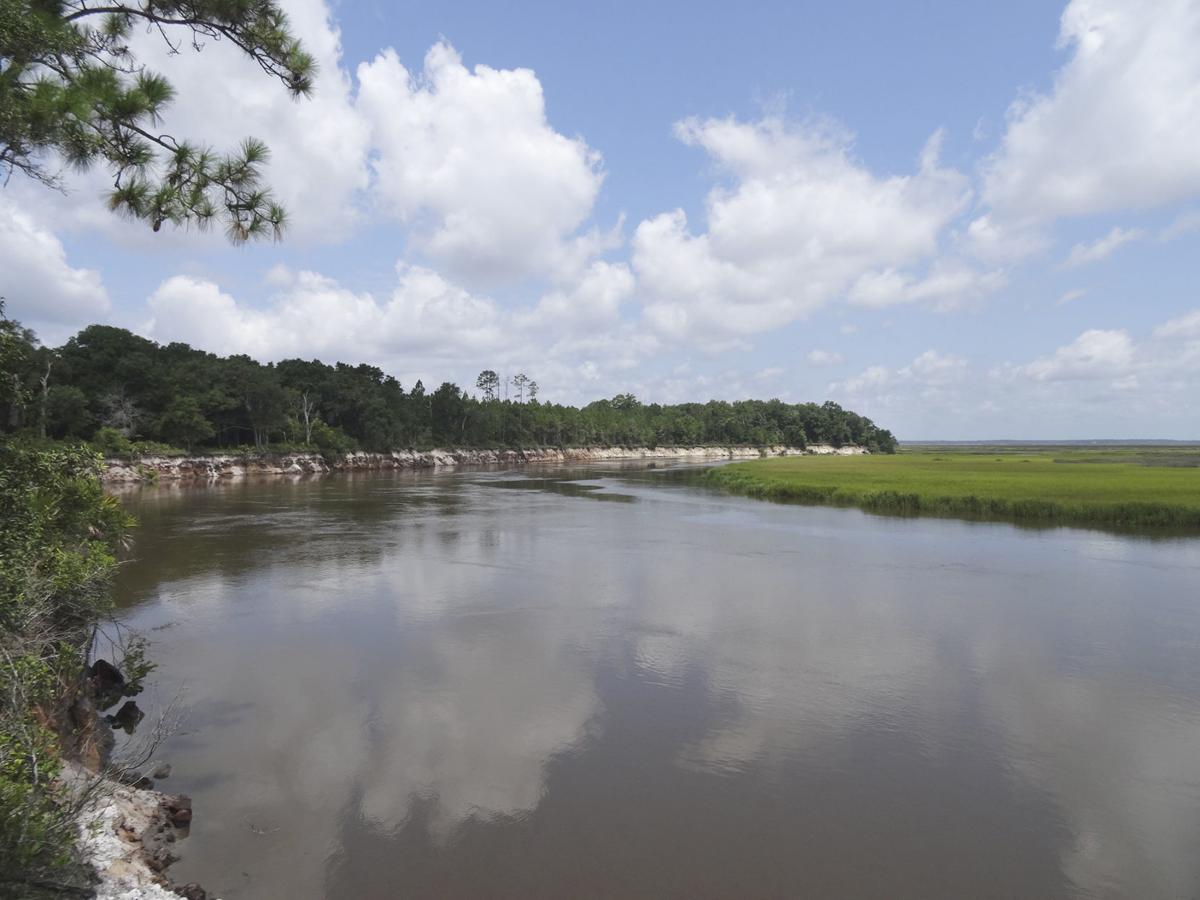 Last year, the Conservation Fund and Open Space Institute bought the largest unprotected and undeveloped piece of coastal salt marsh, maritime forest and longleaf pine uplands on the Georgia coast with the intent of selling it to the state. The land lies along the south bank of the Satilla River just south of Interstate 95, an area known as Floyd’s Neck.

The Georgia Department of Natural Resources is building the gates and some fences to protect sensitive areas before letting hunters in for turkey season.

The DNR is considering buying the property outright and has applied for Department of Defense and other federal and state grants. The recently established Georgia Outdoor Stewardship Program already has awarded $3.5 million toward conserving the property.

Turkey season opens in March and hunters should find plenty of game.

Sea Island Co. had used the huge expanse of woodlands as a hunting amenity for its guests on Sea Island and at Cabin Bluff, a rustic retreat adjoining it to the east.

Turkeys are game birds, and although Lee has plenty of knowledge about them, he is most interested in other species. When the deal was struck on the Ceylon property, Lee said that with an estimated 2,000 gopher tortoises, the land held the densest population of the threatened turtles in Georgia.

“There are 4,200 tortoise burrows, at least,’’ he said during a recent tour of the property.

About half of those burrows are active, an unusually high number, he said.

There is pink surveyors’ tape scattered all over the property tied between trees and low growing shrubs to mark tortoise burrows.

Aside from the abundant tortoises, there are also picturesque freshwater wetlands, flowing wells, tall bluffs over the Satilla River and Todd Creek and stands of majestic live oaks. Aside from the natural landscape, Lee says, “I’ve never seen so much wildlife.”

A few minutes later, a sounder of wild hogs composed of a big, black sow and her brood of five sped across a dirt road and into the woods. One of the pigs leaped about three feet off the ground to clear a bush.

On another road, about a dozen turkeys lifted off and flew into the tall pines. A juvenile bald eagle passed overhead periodically and a big, whitetail deer crossed a road a good distance from Lee’s pickup truck.

It is a less spectacular sight that Lee seems to appreciate most, “the 300 acres of near pristine longleaf pine with nearly intact ground cover.”

That is important because there’s very little longleaf pine habitat left in lowland Georgia where there were once vast stands.

A few minutes after Lee stopped at the longleaf pines, Andrew Schock, state director of The Conservation Fund, arrived separately as he toured the grounds.

“There’s no other example of property this size in coastal Georgia and probably not on the East Coast,’’ Schock said.

It is large and it was unprotected having been owned by timber companies and later Sea Island Co., he said.

It has been privately held for about a century, but it will soon become accessible to the general public. That would not have been the case had development plans been carried out. At the time of the purchase last year, it was said to be highly threatened by resort, residential and commercial development.

“It was slated for 20,000 residential units with 3 million square feet of commercial space,’’ Schock said. “On drawings, I saw five deep water marinas. Clearly that wasn’t going to happen overnight … but it was coming.”

Lee assured Schock that a still uncompleted coring of the longleaf pines would be done to determine their ages. That is important because they are the only trees in Georgia old enough, dense enough and large enough to support a colony of endangered red cockaded woodpeckers.

There is a healthy population at Fort Stewart and the Army wants to assist in relocating some to establish a colony in a separate area with quality habitat. Lee says the old longleaf in Ceylon will work.

The DNR will resume prescribed burning in the forest as Sea Island had so many years in “expertly managing’’ the property, Lee said.

Burning off the ground cover of wire grass and decaying fallen needles is essential for longleaf pine forests to thrive. Longleaf seeds must be in contact with mineral earth to germinate, Lee said, and won’t sprout if they’re lying on duff or other ground cover.

Before Sea Island owned the land, farmers set the woods on fire to knock back the palmettos and shrubby growth that would have otherwise shaded out the grass that served as grazing.

The prescribed burning was also good for deer, wild turkey and other wildlife.

Elsewhere on the island, there are other species of pines and live oak. Lee figures the densest and perhaps most picturesque stand of live oaks along Todd Creek are likely 150 to 200 years old.

There are also a number of ponds, including some big borrow pits, and intact natural wetlands. The latter survive because, Lee said, “There are not a lot of ditches on this property.”

A lake-sized borrow pit near Interstate 95 could be the site of a campground if there is enough money, but Lee said don’t expect any amenities.

The DNR has more to protect than the woods and wildlife. The name Ceylon derives from a former lumber mill village that sat on the high ground on a sheltered bend on the Satilla. People lived and died there thus there is a cemetery that the DNR has begun clearing.

The flat stone covering the crypt of William McNish tells part of the story.

“Sacred to the memory of Mr. William McNish, a native of Gatehouse in the County of Galloway, Scotland, who departed this life on the 6th July 1823 aged 59 years,’’ it says.

A light rain had brought out the epitaph that Lee said had been illegible before.

“Beyond this wreck which sin and death display,

Oh! Lift to heaven the piercing eye of faith.

Think of the hour when this imprisoned clay

Will burst the tomb and triumph over death.”

Workers have hacked down sparkleberry bushes and palmettos revealing identical low crosses made of treated 2-by-4’s that someone placed to mark graves. There are a number of tombstones still standing. An inactive gopher tortoise burrow is just a few feet from one.

Near McNish’s crypt, a wrought iron fence surrounds another.

“This guy was wealthy enough to have a fence to keep the cows out,’’ Lee said.

There were others not so wealthy whose graves are marked with wide cypress boards with a ghostly silhouette. Lee has to figure out what to do with them because, left in the woods, “These would disappear,’’ he said.

Before those are moved the graves must be marked, he said.

The cemetery originated on what was formerly McNish’s plantation that he named Gatehouse. After the Civil War, a village sprang up at the lumber mill and shipping docks in the sheltered bend in the Satilla.

Standing on the high ground above what is now a marshy, woody cove, Lee recalled the history.

“This was described as a beach on deep water,’’ he said of the sloping bank where marsh grass and reeds now grow. “They had pilings and docks. They loaded up the heart pine. Our heart pine went all over the world.”

Ceylon did not die quietly. Around 1910, a nighwatchman didn’t put enough water in the boiler that powered the mill. It exploded and ended up in the marsh across the Satilla, accounts say. The boiler was too expensive to replace, so the mill shut down, Lee said.

Had the land not been acquired for conservation, most of the trees would undoubtedly have been cut and builders would have trucked in yellow pine lumber to build houses.

Marinas to serve affluent owners would have also been built, but that has gone by the wayside. That’s why a big player in Camden County, the U.S. Navy, is participating in the project.

“King’s Bay will help bring it into state ownership. The idea is to reduce boat traffic and to enhance the security of the base” by keeping down the number of boats in the paths of submarines coming and going, he said.