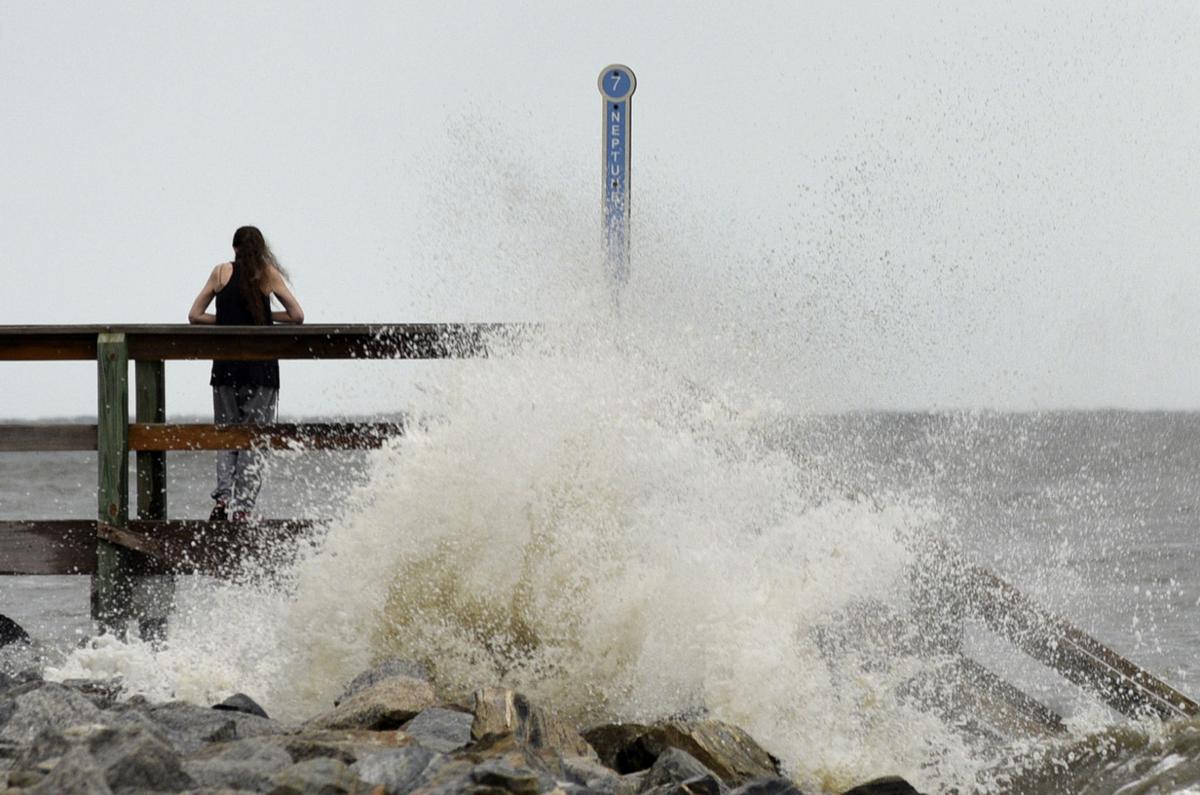 Waves crash on the rocks at Neptune Park Saturday. 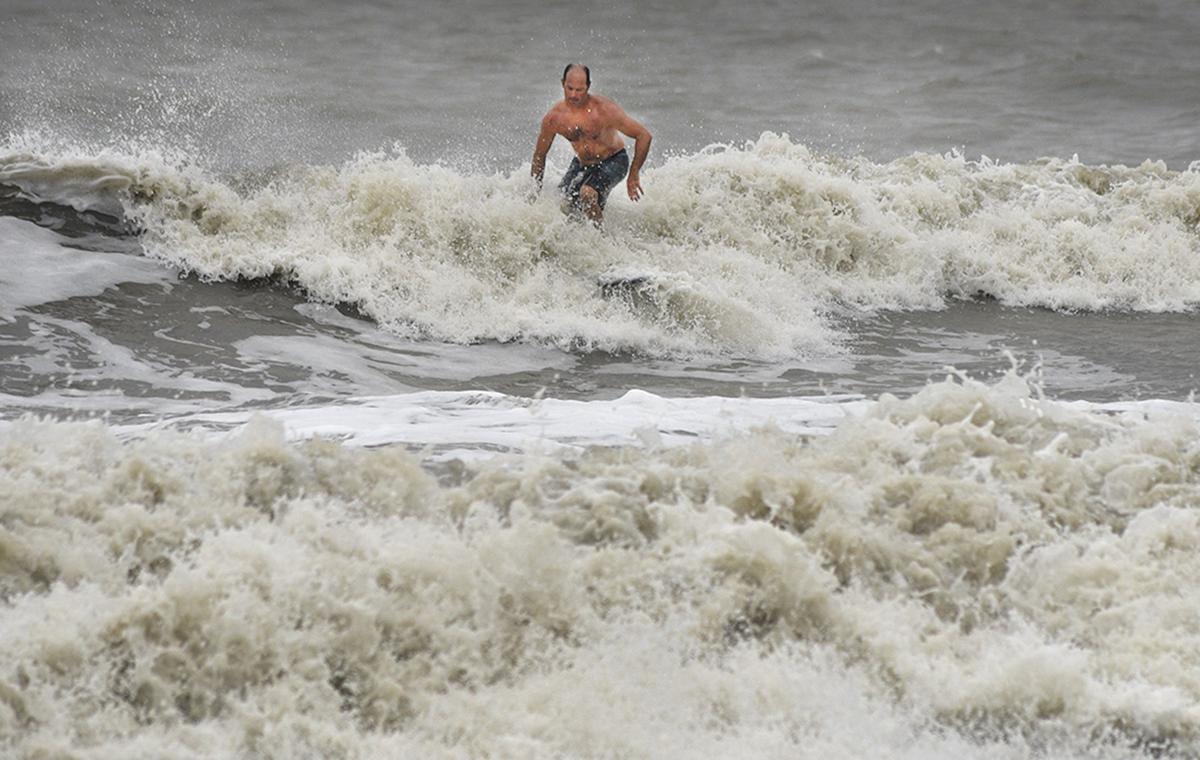 A surfer catches a wave off Cedar Street on St. Simons Island Saturday as a nor’easter bore down on the Isles. 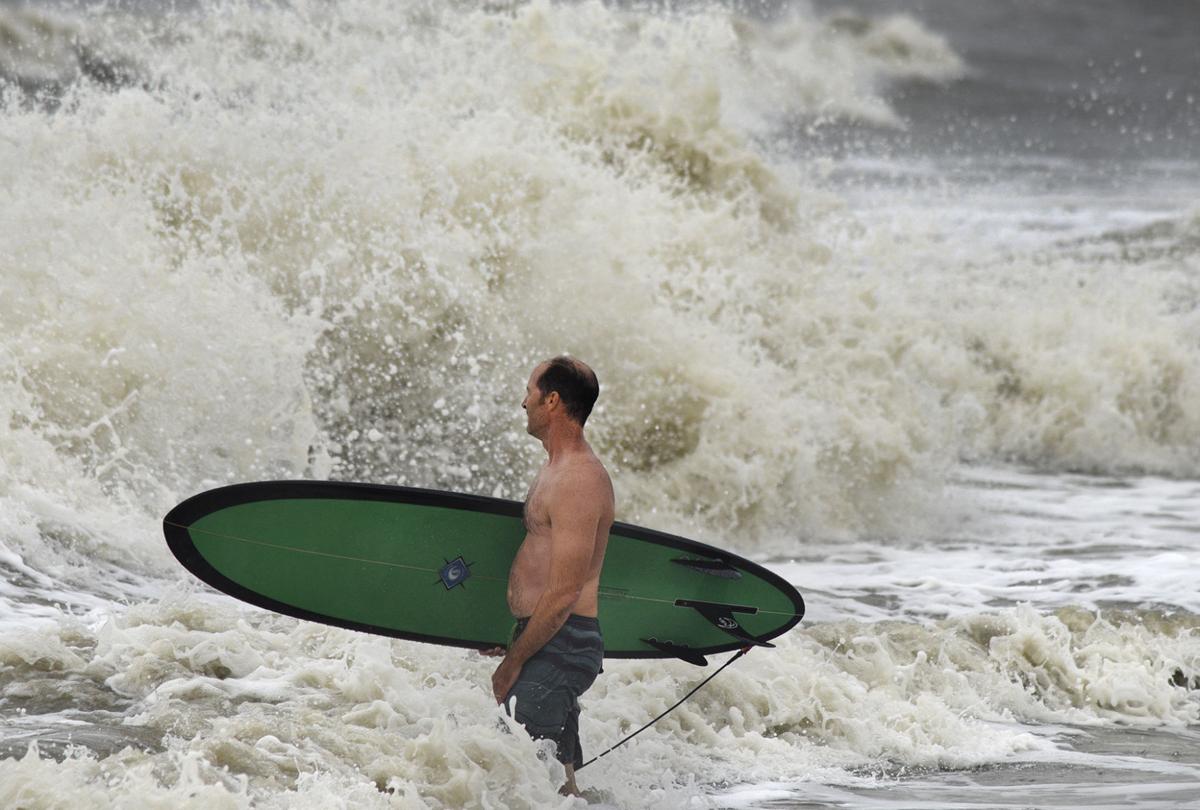 A surfer checks out the waves at Cedar Street on St. Simons Saturday. 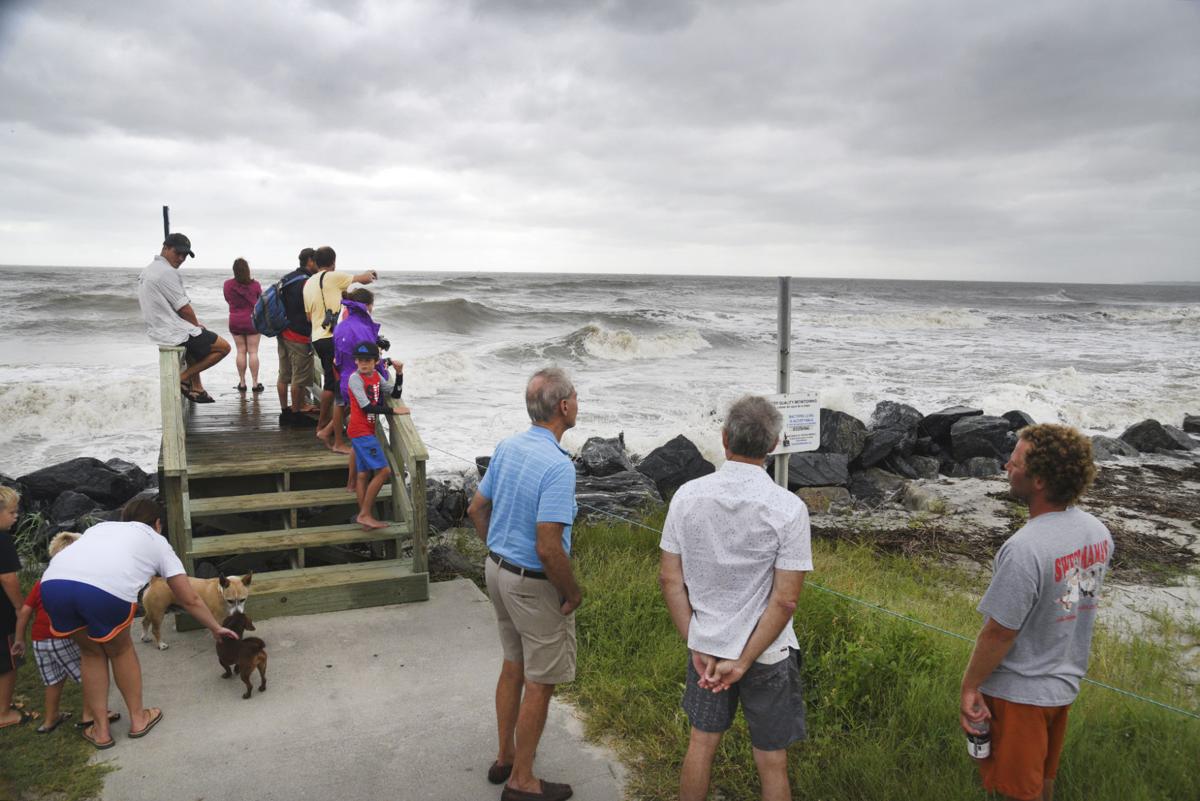 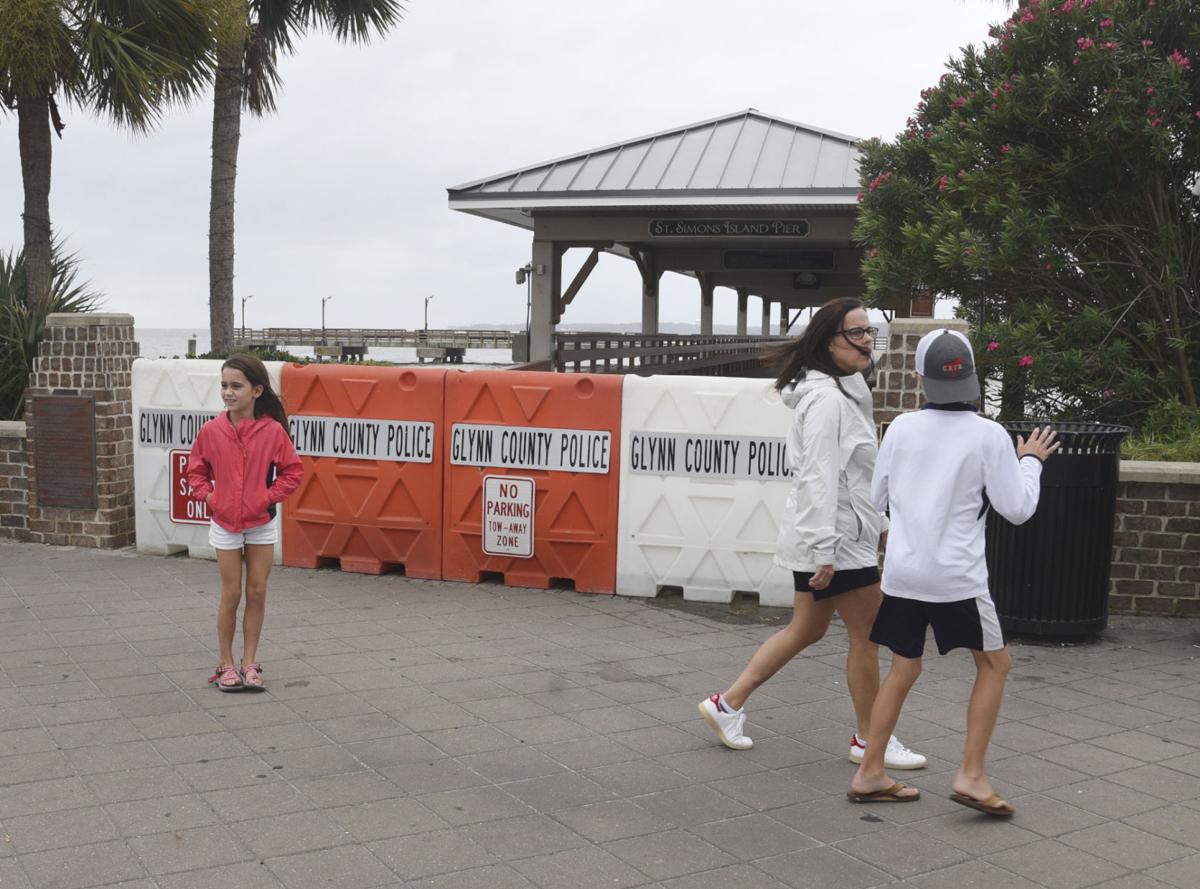 The St. Simons pier has been closed in anticipation of Hurricane Irma.

Waves crash on the rocks at Neptune Park Saturday.

A surfer catches a wave off Cedar Street on St. Simons Island Saturday as a nor’easter bore down on the Isles.

A surfer checks out the waves at Cedar Street on St. Simons Saturday.

The St. Simons pier has been closed in anticipation of Hurricane Irma.

Marc Andress was among about a dozen hearty souls who braced against Saturday morning's blustery weather on St. Simons Island for a view of the stormy Atlantic, which happened to be trickling into the beach access parking lot at Myrtle Street.

The National Hurricane Center's latest forecast calls for the possibility of a 3- to 6-foot storm surge along coastal Glynn County as a result of Irma, now a Category 3 hurricane bearing down on Key West with sustained maximum force winds of 125 mph. And it is the potentially dangerous storm surge that prompted Glynn County officials to issue a countywide mandatory evacuation beginning Friday.

Like many in the county, Andress has exercised his right to disregard the evacuation order and ride out whatever Irma brings on the island. He was cautiously optimistic that his second-story St. Simons Island Music store in the Pier Village would safely weather the storm.

"I just came to check out the waves," Andress said, watching them crash out where beach umbrellas sprout on normal summer days. "I wanted to surf. We'll see what happens. But, yeah, I'm a little concerned."

Deb Hill was among those sipping mimosas in plastic champaign glasses at this impromptu Irma beach party.

"I live in Brunswick, in the Historic District," Hill said. "But the house is 3 feet off of the ground, so we should be safe."

Those stormy conditions intensified as Saturday ticked away, the stiff winds and rain riding in on an approaching nor'easter that had nothing to do with Irma. Forecasters say the nor'easter could bring gusts up to 40 mph and 2 to 3 inches of rain Saturday night and Sunday. It is is among a trifecta of issues officials are monitoring in relation to potential storm surge flooding.

That nor'easter's steady winds from out of the northeast is keeping water pushed inland, regardless of the tide cycle, said Nate McGinnis, a meteorologist with the National Weather Service in Jacksonville. This was evident Saturday afternoon along the F.J. Torras Causeway, where it was hard to tell the marshes from the rivers.

Additionally, Irma should pass through this area sometime Monday afternoon, coinciding roughly with the day's high tide, forecasters said. Even though the present forecast track shows Irma passing well west of here, that puts Glynn County on the stronger eastern side of the hurricane where tornadoes are most likely to develop.

The storm's counterclockwise circular pattern could mean high winds sweeping onto the coast from a southeasterly direction, McGinnis said. Additionally, the moon is in its full cycle, waning from Wednesday's full moon. This creates what meteorologists call "astronomical high tides."

"That's only about a foot below flood stage," he said. "We've seen a steady trend already. The tides are steadily increasing with those astronomical high tides."

Still, many on St. Simons Island have decided to stick around. Among those are Amanda Tudor and her mom, Lauren Tudor. The two enjoyed a meal at the Waffle House on Demere Road, one of a handful of businesses that remained open on the island. They plan to hunker down at home, which is located in a relatively elevated section of the island.

"We're concerned," Lauren said. "But I think we're probably just as safe here as we would be traveling (west) to Valdosta, which is where we would evacuate."

Personally, Amanda hopes Irma turns out to be a yawner.

"We're not too worried," she said. "Honestly, I hope I can sleep right through it — just take a good old nap."

As of 2 p.m. Saturday, Irma was located about 145 miles southeast of Key West, traveling west at 9 mph with sustained maximum winds of 125 mph.