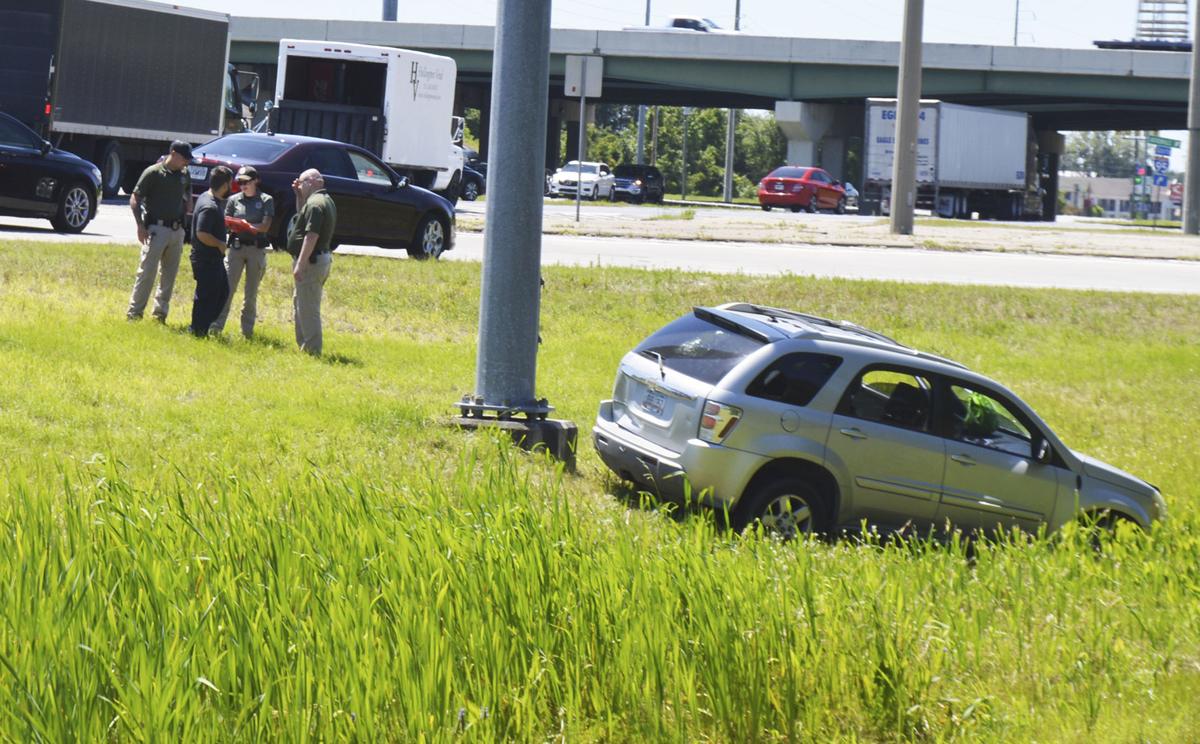 A Chevy Equinox sits off U.S. 17, just east of Interstate 95, on Friday. The driver of the vehicle had a standoff with police for several hours. 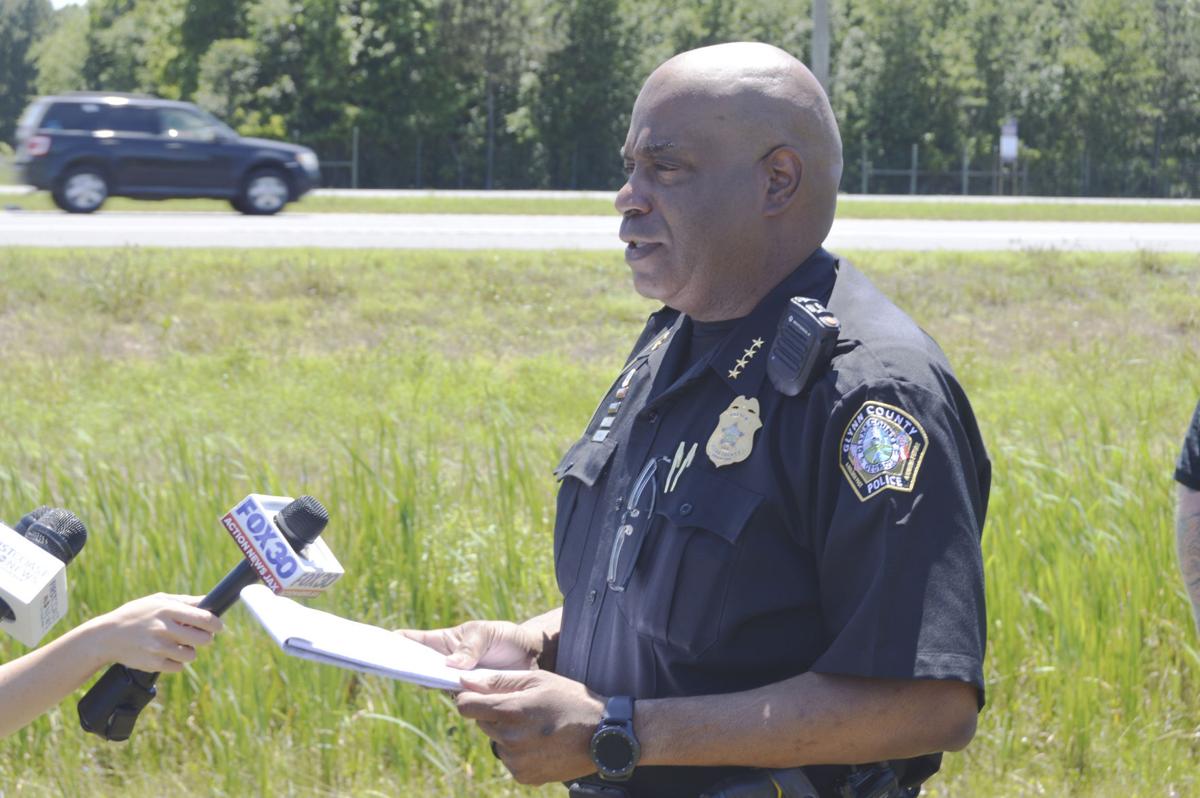 Interim Glynn County Police Chief Rickey Evans speaks to the media following a seven-hour standoff with a man who claimed he had a bomb.

A Chevy Equinox sits off U.S. 17, just east of Interstate 95, on Friday. The driver of the vehicle had a standoff with police for several hours.

Interim Glynn County Police Chief Rickey Evans speaks to the media following a seven-hour standoff with a man who claimed he had a bomb.

A naked man hunkered down and claimed to have a bomb early Friday morning inside a car alongside U.S. 17 near the Interstate-95 exit in southern Glynn County, holding multiple law enforcement agencies at bay for about seven hours.

The bizarre standoff began before sunrise and ended around 1:24 p.m. after Glynn County Police SWAT officers were able to get within 20 yards of the Chevrolet Equinox, shoot tear gas inside the vehicle and extricate the man, county police interim chief Rickey Evans said.

Officers Tased the man in the process of subduing him, but he was otherwise unhurt, Evans said.

Police found no explosives or other weapons inside the vehicle, Evans said.

Police declined to release the name or age of the individual taken into custody.

A charge of making terroristic threats is pending, as well as other possible charges, Evans said.

The standoff crippled school and work traffic throughout the morning and into the afternoon.

A number of law enforcement and other agencies assisted. What their presence and the stalemate’s lengthy timeline brought to bear were more than worth the final result, Evans said.

“The good thing is everybody is OK,” Evans said Friday afternoon, speaking on a grassy shoulder of U.S. 17 as police continued combing through the Chevy Equinox. “We were in no hurry to pressure this. Time was on our side. It was done right and no one was hurt.”

The man was naked when a passerby approached his car at around 5:10 a.m. on the westbound side of U.S. 17, just east of I-95’s Exit 29 near the Love’s Travel truck stop, Evans said. The man allegedly told the passerby he had a bomb and threatened to kill them both with it, Evans said. The passerby called 911.

A Glynn County police officer arrived on scene by 5:23 a.m. When he could not establish contact with the man, county police set up a perimeter and activated the SWAT team, Evans said.

Officers tried repeatedly to establish a rapport with the man.

The northbound exit to I-95 was closed completely and all traffic from the southbound exit was detoured to Blythe Island Highway throughout the standoff.

SWAT team snipers were deployed around the perimeter, including the interstate overpass.

County police sent in a corded “throw phone” reeled out on several hundred feet of line, Evans said. However, the phone line was cut around 10 a.m. when it became entangled with the GBI robot, he said.

Contact was eventually made with the man through the GBI robot, but they remained at an impasse, Evans said.

The man had no clothing with him, Evans said. The robot delivered him underwear, but the man declined to accept it, Evans said.

Police had long decided to shoot 40 mm tear gas cartridges into the car via a “non-lethal” launcher but were awaiting the arrival of the Waycross Police Department’s armored vehicle. The vehicle was needed to shield the officers who were trying to get close enough to the vehicle to fire the tear gas cartridges, Evans said.

“We made the decision much earlier on to use the tear gas and to await for the armored vehicle from Waycross,” Evans said. “Again, time was on our side and we were playing this safe.”

Officers fired five gas cartridges at around 1:24 p.m., piercing the car’s windows, Evans said. Police then moved in and pulled the man from the car.

Once on the ground outside, the man held his hands to his stomach, preventing officers from handcuffing him. He was Tased for compliance, Evans said.

The man appeared to be intoxicated, Evans said.

“He was pretty much out of it,” Evans said. “Very agitated and very slurred speech.”

“The GBI did its thing,” Evans said. “They searched the car. No explosives, no weapons.”