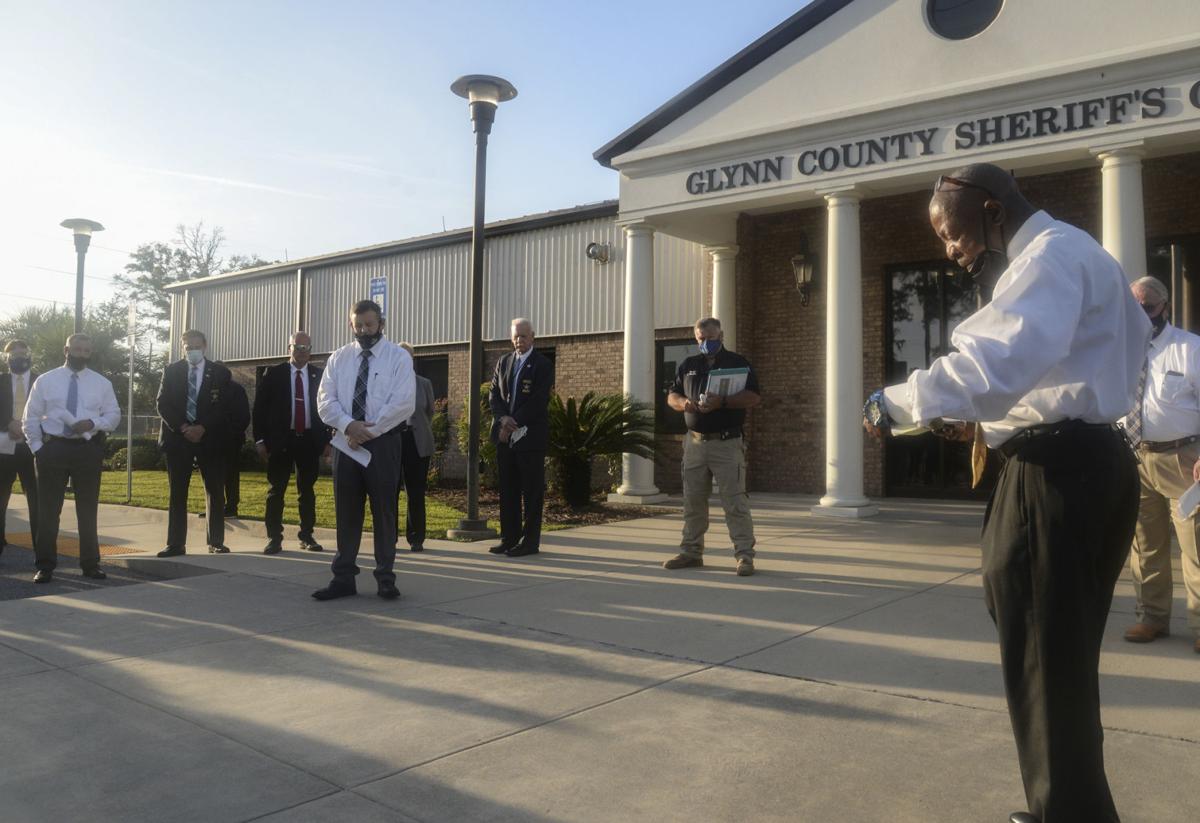 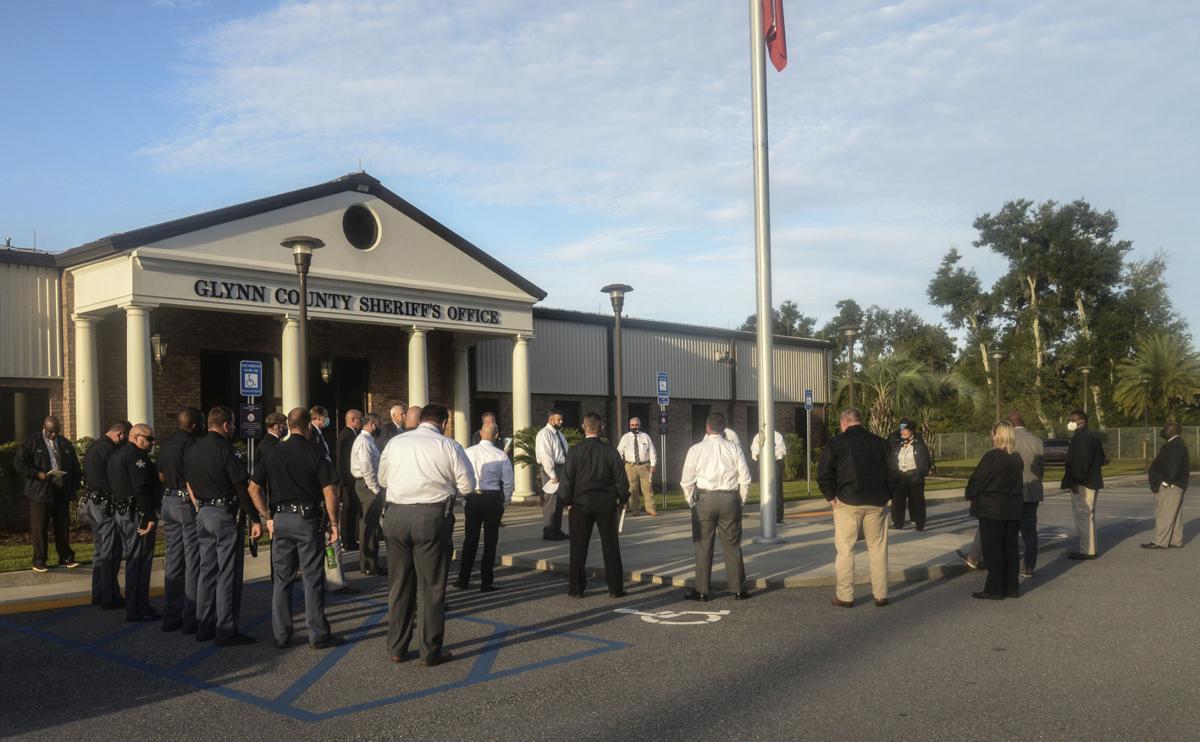 Sheriff’s deputies around the flagpole for the morning briefing. 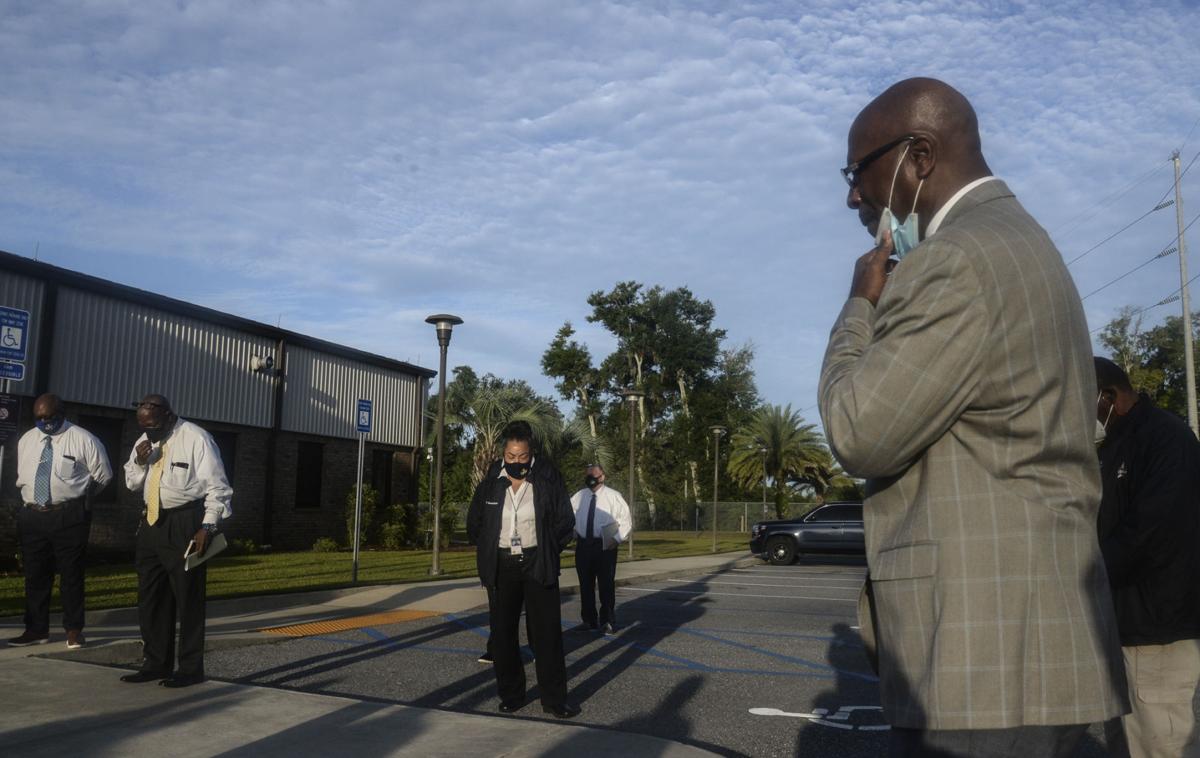 Sheriff’s deputies around the flagpole for the morning briefing.

Wednesday morning, three days before the 20th anniversary of the Sept. 11 terrorist attacks, Chief Deputy Sheriff Robbie Jump stood with the deputies around the flagpole in front of the Glynn County Sheriff’s Office for the morning briefing.

After Jump had detailed the day’s activities, he said simply, “Let’s go to work.”

But there was more to do before the deputies went to their cars or offices.

Deputy Charles Moss read from the scripture of Malachi and then Ladell Jackson prayed as deputies stood with heads bowed. They all recited the “Pledge of Allegiance” and then went to work.

The morning scripture and prayer has become a tradition with his department, and there has been more lately to pray about than a remembrance of 9/11, Sheriff Neal Jump said.

In his prayer Jackson asked God to be with Leon Tucker, a deputy sheriff who is hospitalized with COVID. A few weeks ago Lt. Stephanie Shuman died of the disease, Jump said, and a couple of other deputies are recovering.

“Our community is important to these guys,’’ Jump said.

Jump said his office began holding the briefings outside about three weeks ago as the most recent COVID-19 surge grew worse.

So is Southeast Georgia Health System, which is caring for the sick, including some of his department’s personnel.

For the third time since COVID began, the sheriff’s office partnered with a local restaurant to provide food for the hospital workers. In the past, Grandy’s and Southern Soul Barbeque have provided food, and Tuesday night Crabdaddy’s Seafood Grill brought food to the staff.

The owners of the restaurant, Charlie Williams, his wife, E.J., and their son, Josh, brought the dinner from the restaurant on St. Simons Island.

The sheriff called it a show of appreciation between the business and the sheriff’s office.

Deputy Sheriff Randall Lacey has helped arrange for restaurants to provide food and said this latest donation came up as he and Josh Williams were talking about the stress on the hospital staff.

Before the food went to the floors, the Rev. John Blankenship blessed it.