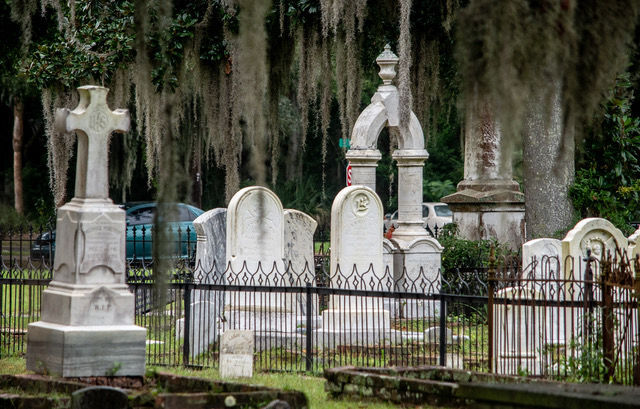 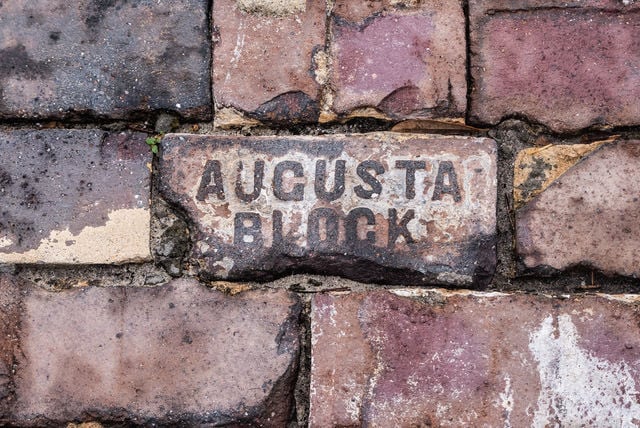 A historic brick in a walkway inside Oak Grove Cemetery. 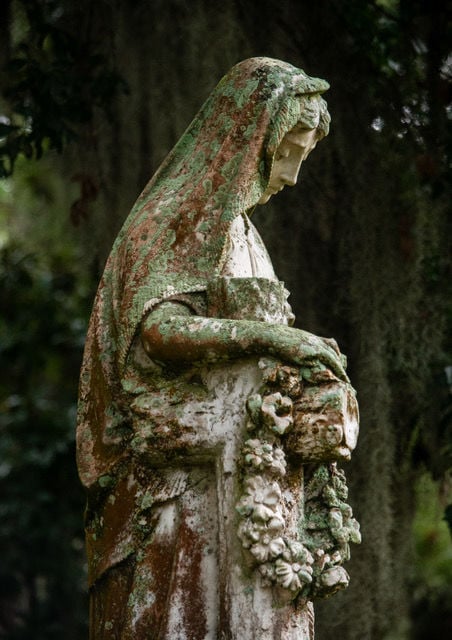 A statue is shown in Oak Grove Cemetery.

A historic brick in a walkway inside Oak Grove Cemetery.

A statue is shown in Oak Grove Cemetery.

On a crisp morning in March 1915, William Hackett, an undertaker by trade, walked along a bustling Newcastle Street in downtown Brunswick. Shops were open. Children were playing. All was well.

That is, until Monroe Phillips stepped onto the sunny sidewalk, a double-barrel shotgun in his hand.

Phillips had already unleashed his fury inside the Dunwoody Building, shooting and killing a judge and seriously wounding another man. He then moved outside, turning the weapon on anyone unlucky enough to wander into his sight.

Hackett was among the unfortunate. Phillips riddled him with buckshot before moving onto his next target.

When the smoke cleared on that dark day, 106 years ago, five people were dead — Phillips too — and 32 wounded.

The burial ground first opened in 1838 and holds the remains of those who called the port city home, many of whom still have stories to share.

“Oak Grove Cemetery is located between Glynn Academy and Windsor Park and it’s just a wonderful little Victorian cemetery,” she said. “It has a beautiful chapel and everything is original.”

The headstones, too, have stories to tell. Along with many of the names carved on the slabs are symbols denoting membership in one of many secret societies that were so prevalent during the day.

“We started noticing all of these symbols on the headstones. We realized they were symbols of secret orders which were at their height during the Victorian era,” Johnson said.

Some that are recognizable, like the square and compass of the Freemasons, for instance. But a number of others were a bit more mysterious.

“You had the three link chain of the Odd Fellows and the tree stones of the Woodmen of the World. But there were many others that we didn’t know ... like the Knights of Pythias or the International Order of the Hoo-Hoos,” she said.

Members of the Oak Grove Cemetery Society were intrigued. They began a deep dive into the history of the symbols, the groups they represented and what they did in Brunswick.

“Fraternalism was huge in Brunswick. Men started these groups where basically they paid their dues, and it would function something like an insurance policy before you actually had insurance companies,” Johnson said. “Woodmen of the World actually continues to offer the insurance today.”

The more they learned, the more they wanted to share the stories, both of the organizations and the men who belonged to them.

Johnson says they decided to offer a one-day tour at the height of spooky season.

“We thought it would be really interesting to share the stories and even some conspiracy theories about them. We picked six graves that have the clearest emblems,” she said.

Mr. Hackett is one whose grave made the cut.

“He was a big secret order man,” Johnson said.

Pets and strollers will not be permitted. Sturdy, closed-toe shoes are recommended.

Rain will cancel the event.

Funds raised, Johnson said, will be used to pay for the costly cleaning supplies used to take care of the graves.

“The solution is expensive and it has to be done carefully by hand. It’s hard work,” she said.

To purchase tickets or for more details, call Sandy Dean at 912-996-0663 or email deanhome@bellsouth.net.