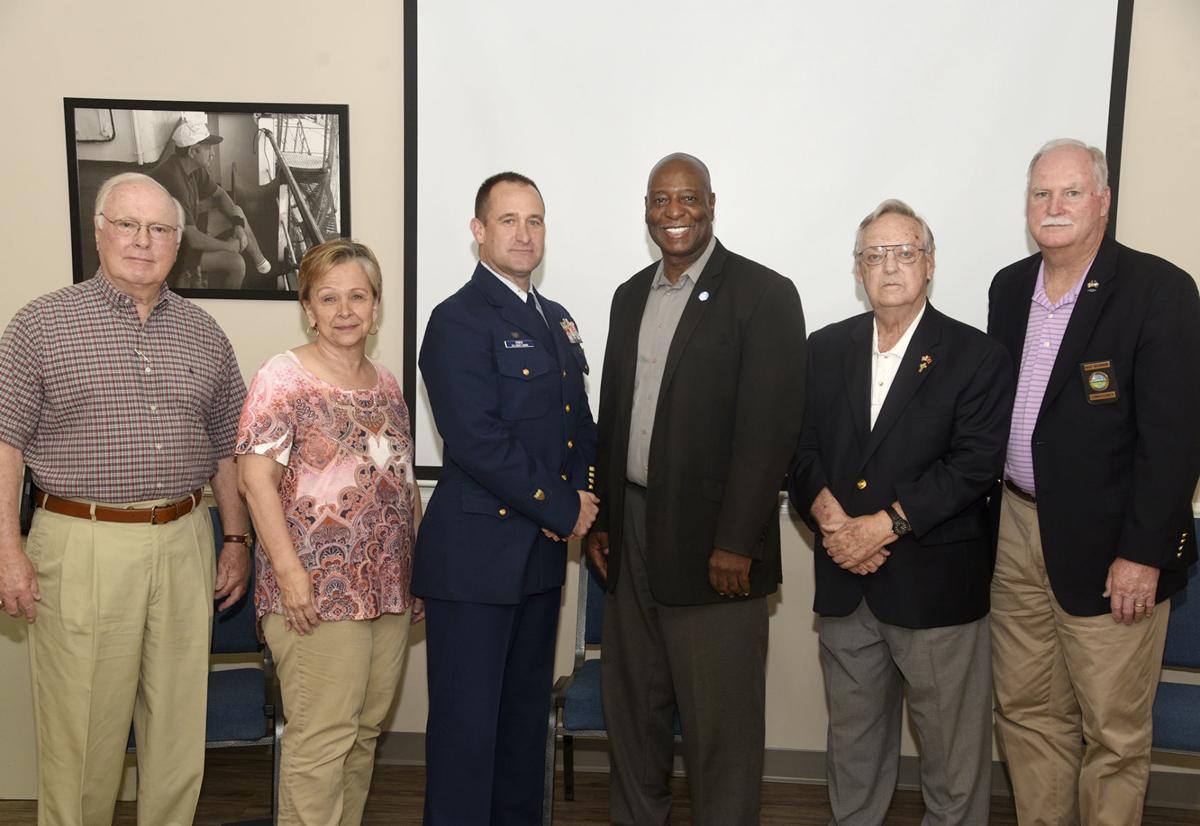 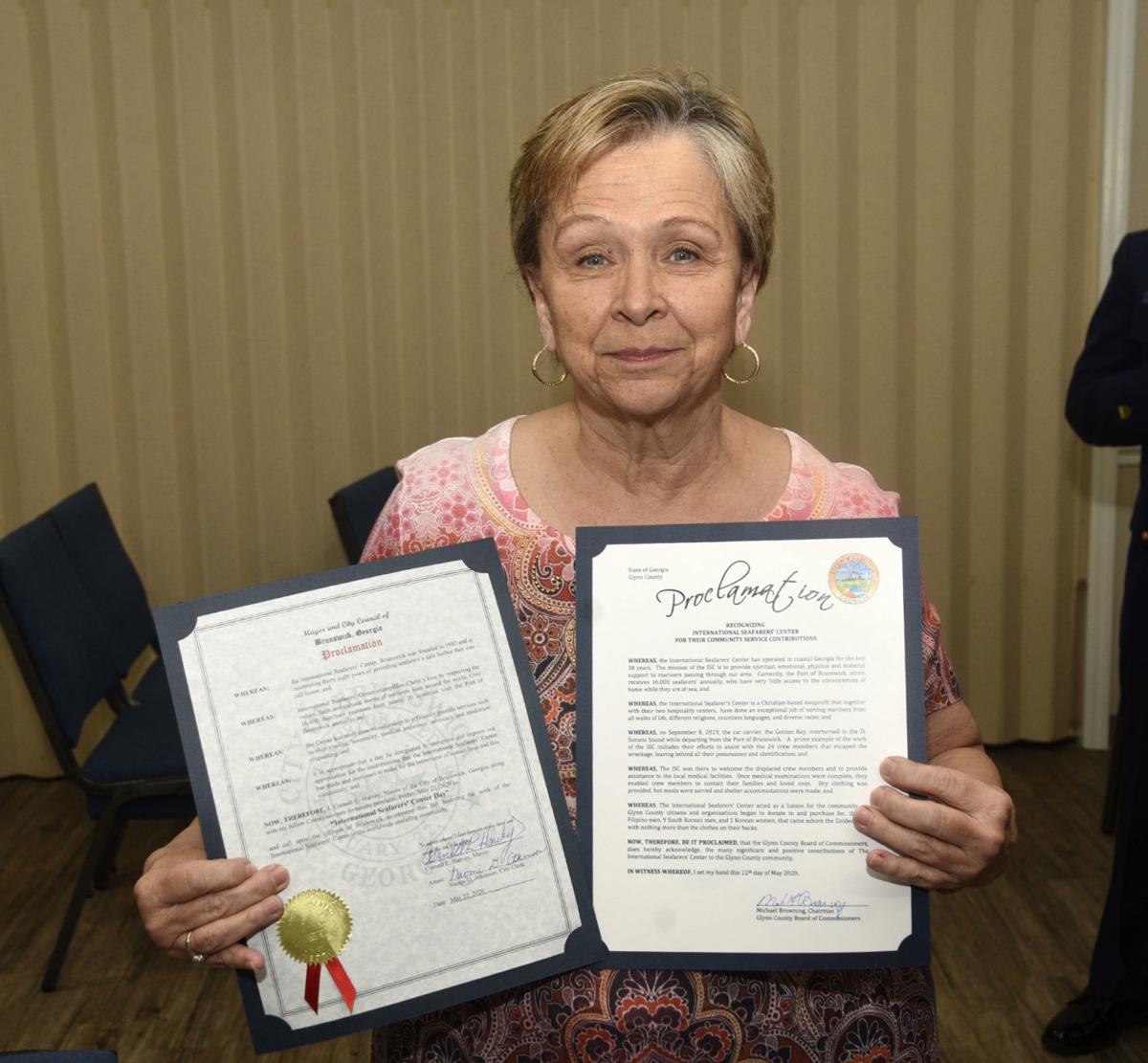 International Seafarer’s Center executive director Vicki West displays the proclamations the center received from the city and the county Friday during a ceremony to recognize the contributions of the center to the community and the crew of the Golden Ray. 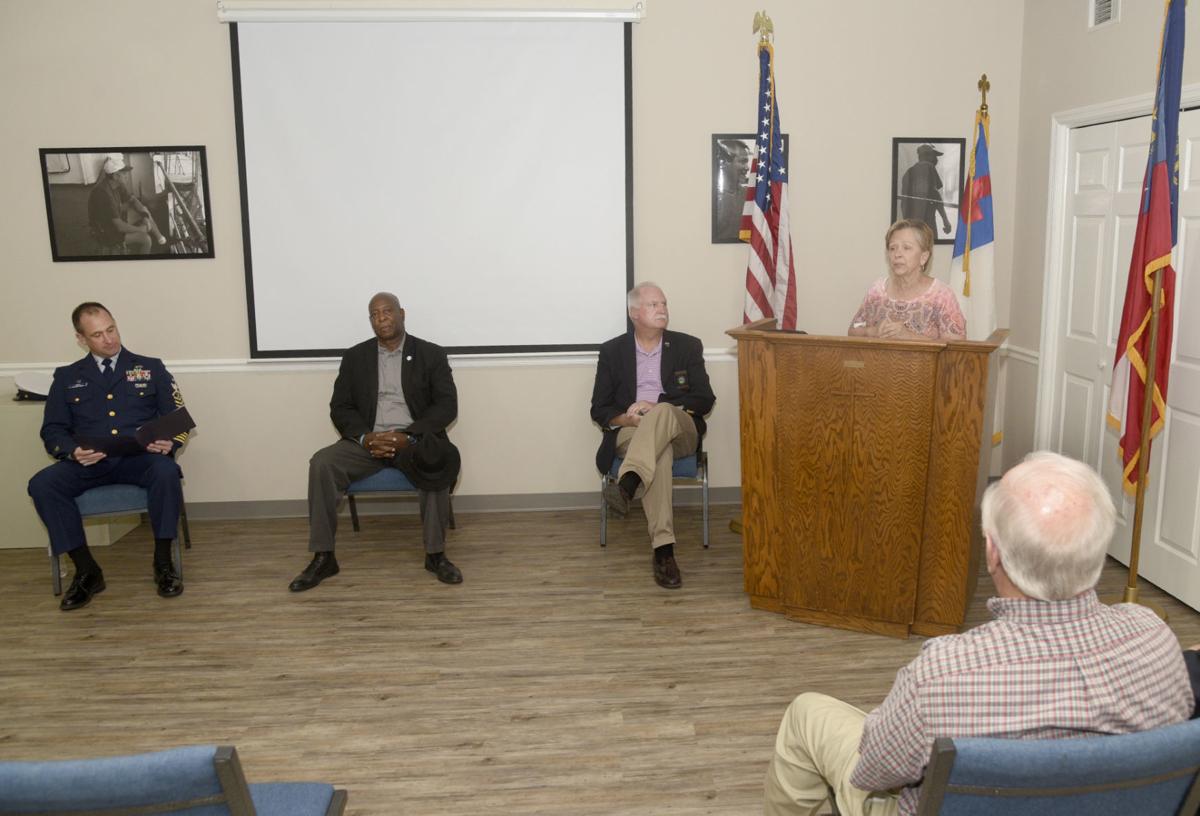 International Seafarer’s Center executive director Vicki West displays the proclamations the center received from the city and the county Friday during a ceremony to recognize the contributions of the center to the community and the crew of the Golden Ray.

“Sept. 8, 2019. A day in the history books that people all over the world will remember,” said Bill Dawson, president of the seafarers’ center board of directors.

The center helped each of the 24 members of the ship’s crew get on their feet with new clothes, food and lodging. They even put them in contact with their families.

Government officials and the U.S. Coast Guard recognized the International Seafarers’ Center in Brunswick Friday for the work it did in the aftermath of the Golden Ray incident.

Vicki West, center director, said the first few days after the ship tipped over were hectic for the center, which rushed to find supplies.

She praised the Brunswick community, saying anything the sailors needed was donated almost immediately.

“They took trash bags full of clothes,” she said. “We have the best team of any I have ever worked with.”

Nick Hart, a member of the center’s board, said the work by staff and volunteers called for recognition.

“Superior performance without recognition cannot be sustained,” Hart said. “On account of what occurred here, they not only deserve recognition but earned it.”

Brunswick Mayor Cornell Harvey and Glynn County Commission Chairman Mike Browning presented the seafarers’ center with proclamations from the two governments recognizing their years of service to the community, especially in light of the Golden Ray misfortune.

“We call upon everyone to recognize what you do for the seafarers’ community worldwide,” Harvey said.

“This is an opportunity to remind all Americans of the contributions of the maritime industry,” Irwin said.

Founded in 1982, the International Seafarers’ Center in Brunswick manages ship visits, hospitality, counseling and advocacy for sailors who call on the Port of Brunswick.