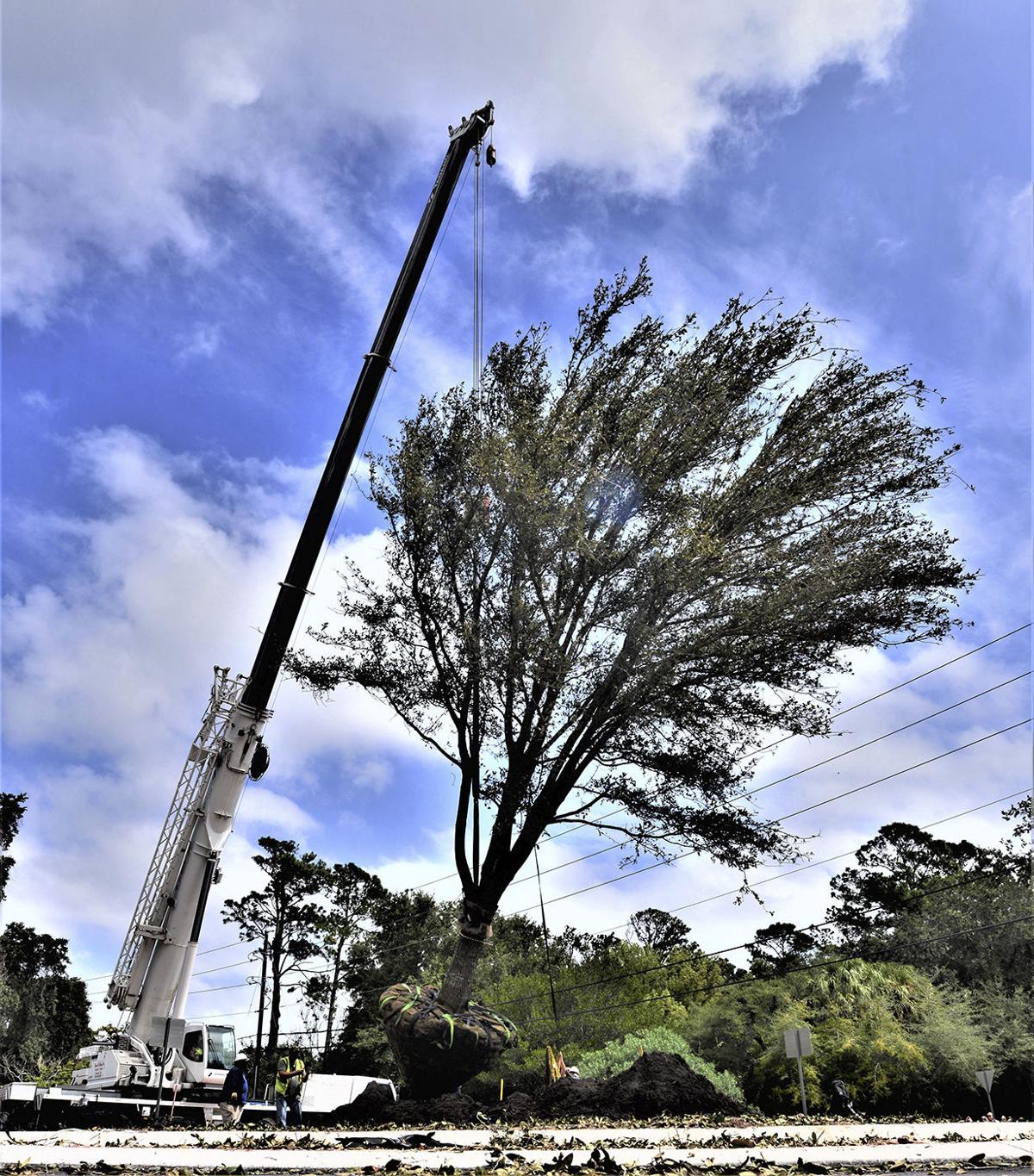 A crane lifts a 40-foot live oak into place in the new roundabout at Demere Road and East Beach Causeway. 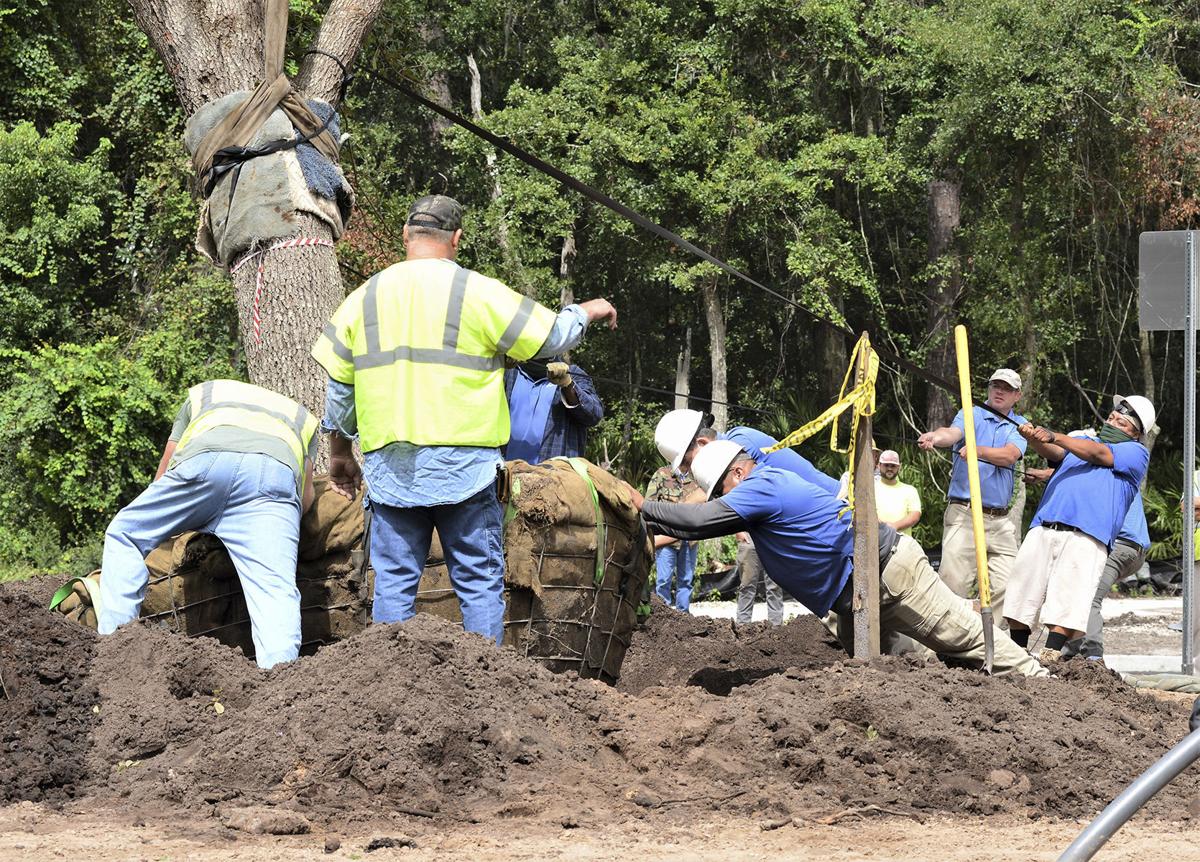 Workers pulled and tugged to get the tree settling into place as the wind moved it.

A crane lifts a 40-foot live oak into place in the new roundabout at Demere Road and East Beach Causeway.

Workers pulled and tugged to get the tree settling into place as the wind moved it.

The new roundabout at Demere Road and the East Beach Causeway got an addition Monday that won’t effect traffic flow, but it will enhance the driving experience.

A heavy crane hoisted a 40-foot live oak provided by Sea Island Co. into place in the center of the roundabout, giving the landscaping a nearly 20-year jump into the future.

The landscape plan had called for the planting of three small oaks, but Sea Island Co. threw some shade – albeit of a positive nature – with the donation of an oak trucked up from Florida.

As the tree was unloaded from a flatbed truck, Resa Dollar, manager and former owner of Southeast Landscaping on St. Simons Island, called over to Glynn County Public Works Director Dave Austin and engineer David DeLoach. “This is better than three 1½ inches [trees], guys,’’ she said. “I am excited. This is much better.”

The tree is more than 22 years old and has been taken through the long and exacting process to prepare it for shipment and replanting, Dollar said.

She got no disagreement when Sea Island President and CEO Scott Steilen and some county commissioners arrived after the tree was standing in place and waving in the strong northeast wind.

“It looks a lot better than what was planned,’’ Steilen said. “Every roundabout is an opportunity to make it look good like the people deserve.”

The wind complicated things a little as it caught the foliage as the crane operator was lifting it into place. Sea Island’s landscape team, roundabout contractors and some county workers all joined to get it upright and watered.

“This is going to be great when they open this,’’ and another at the southern end of Frederica Road and Kings Way is in the design stage, Commissioner Peter Murphy said.

Sea Island provided right-of-way and will donate an even larger tree for that project.

“We’ll design and install the landscaping. We’ll do the perpetual maintenance,’’ and that, too, is the right thing for the community, Steilen said.

Commissioner David O’Quinn said it wasn’t as simple as putting in a tree. Had Georgia Power not relocated some power lines to the opposite side of Demere Road it wouldn’t have been possible to put in the tree, he said. Also, had the smaller trees been planted they would have required trimming once they reached maturity because of the lines.

Steilin said he hopes someone steps forward and works toward landscaping the roundabout at the opposite end of the East Beach Causeway, which now has a brick-patterned concrete center. Although Sea Island can’t participate, he believes others would be willing.

“Someone who’s good at landscape design should get involved with that,’’ he said. “There are a lot of good folks who would be interested.”

As with any road project on St. Simons, critics of the roundabout have surfaced, questioning whether the single lane will carry the traffic load.

“I believe it’s sufficient for the volume,’’ Murphy said.

The contractor will begin striping the pavement Tuesday and plans to open the intersection Wednesday.