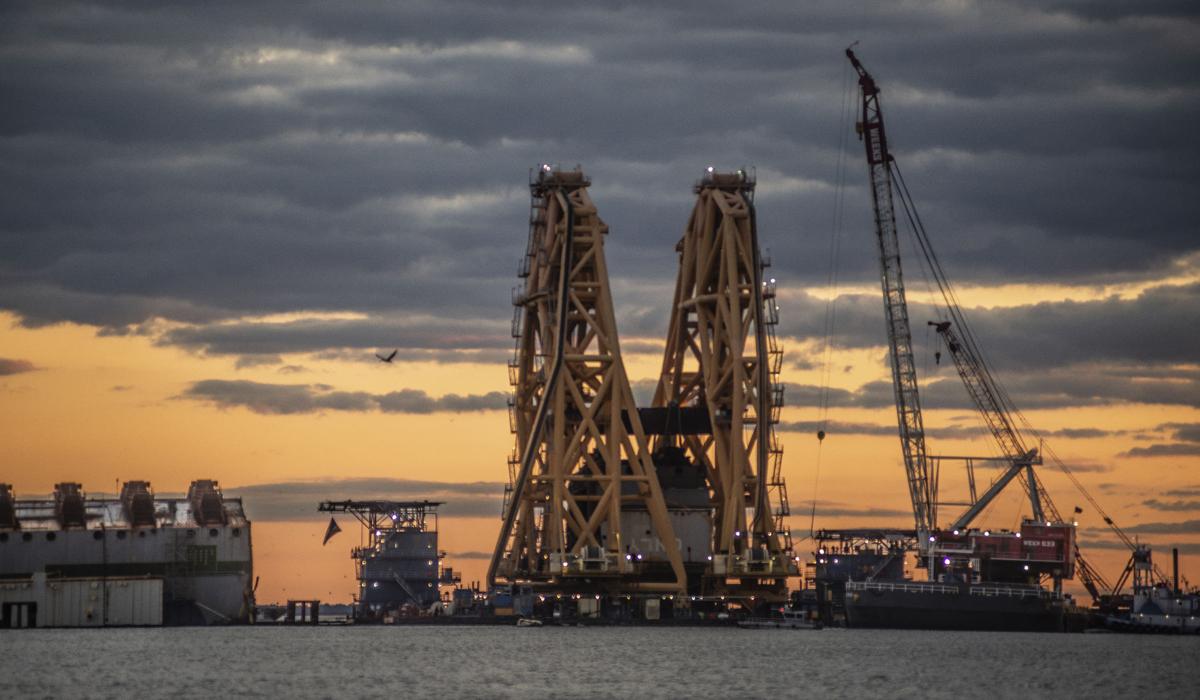 The Golden Ray's engine section was separated Sunday evening from the remainder of the shipwreck. 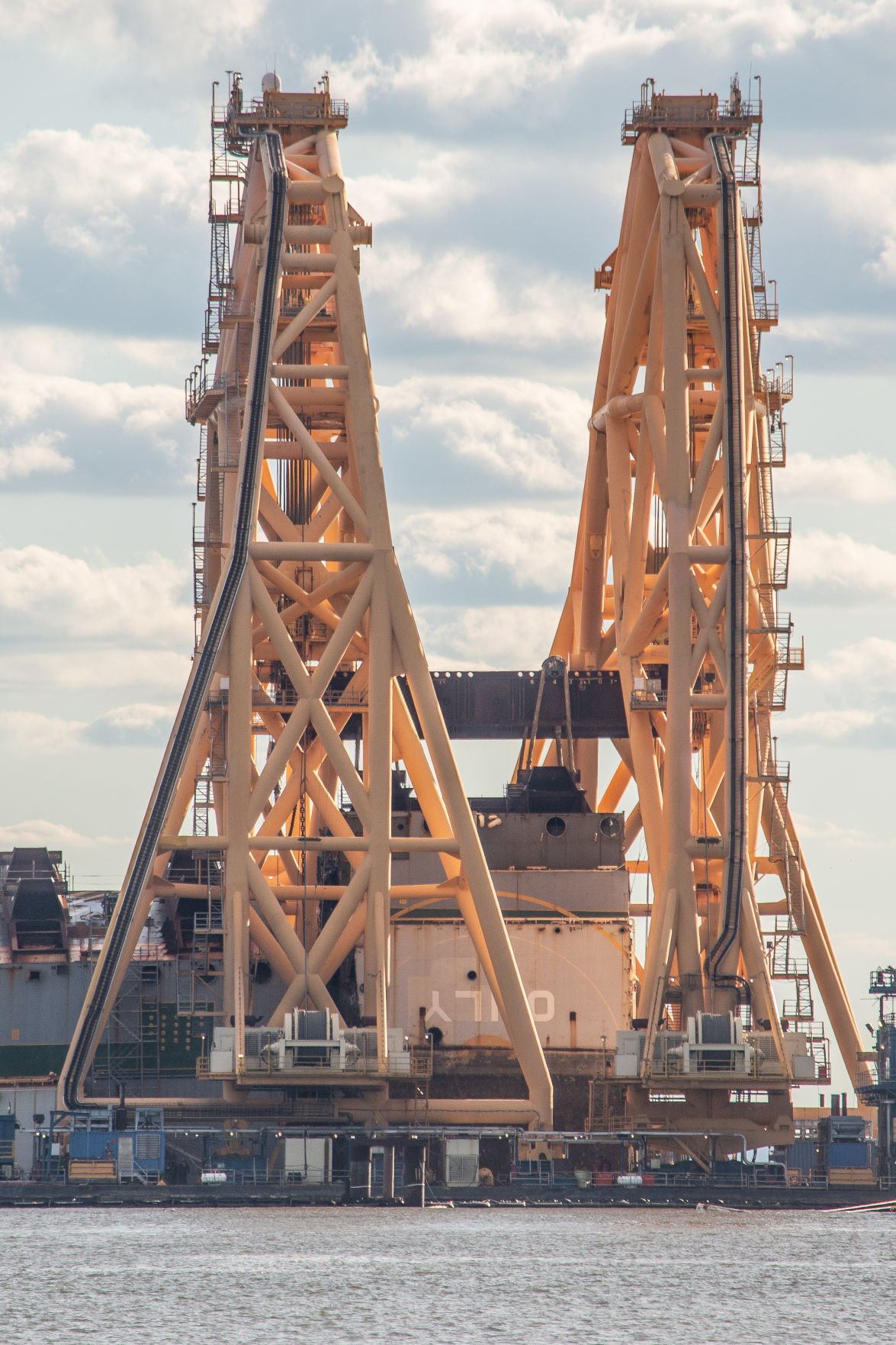 The sheared away engine section of the Golden Ray is shown lifted higher than the remaining half of the ship Sunday afternoon.

The Golden Ray's engine section was separated Sunday evening from the remainder of the shipwreck.

The sheared away engine section of the Golden Ray is shown lifted higher than the remaining half of the ship Sunday afternoon.

The VB 10,000 crane vessel completed its last cycle of the cutting chain on the engine section of the shipwrecked Golden Ray at around 6 a.m. Saturday, marking the end of a nearly three-month effort to separate the dense chunk of steel in the St. Simons Sound, according to Unified Command.

Known to salvors as Section 7, the engine section was by far the most challenging cut yet encountered. It marked the fourth cut into the Golden Ray, reducing the half- submerged shipwreck’s presence in the St. Simons Sound to about 300 feet.

Its completion marks a halfway point in T&T Salvage’s mission to remove the shipwreck in eight pieces. Three cuts remain, leaving four sections to be removed.

The twin-hulled VB 10,000 will hold Section 7 steady inside the 1-mile perimeter environmental protection barrier for the next couple of days before it is hoisted onto barge 455-7 for removal, said U.S. Coast Guardsman Michael Himes, spokesman for Unified Command. Crane barges will spend that time plucking vehicles and interior deck sections from Section 7 to reduce the weight before it is lifted.

Unified Command did not have an estimate on the section’s weight. It is about 65 feet long, 135 feet across and 113 feet from keel to deck, lying on its port side in the waters between St. Simons and Jekyll islands, Himes said.

Salvors attributed the difficulties faced in cutting through Section 7 to the dense layers of reinforced steel that surround the vessel’s engine.

“Fifty millimeters of plate steel was near a movable deck, and that was the culprit for the slow progress,” Himes said. “That is more than double the thickness we normally encounter.”

The barge 445-7 is docked on East River in Brunswick awaiting its appointment with Section 7.

Using straps attached by sturdy wires to two previously installed lifting lugs on the exposed starboard side, the 255-foot-tall VB 10,000 will hoist Section 7 from the water. Barge 445-7 will slide underneath, and the section will be placed in a specially designed cradle on its deck.

The barge will return to the East River for further sea-fastening measures.

Section 7 eventually will be transported to Modern American Recycling Services in Gibson, La., where the three previous sections were taken.

Cutting began Jan. 27 on Section 7. Cutting stopped for more than a month after a chain break Feb. 26, which was the fifth work stoppage resulting from equipment failure.