Sign Up
Log In
Purchase a Subscription
You are the owner of this article.
Edit Article Add New Article
You have permission to edit this article.
Edit
Welcome, Guest
Home
FULL MENU
News
Life
Sports
Obits
e-Edition
Classifieds
Jobs
Events
Subscribe
doc. 22/23
1 of 5 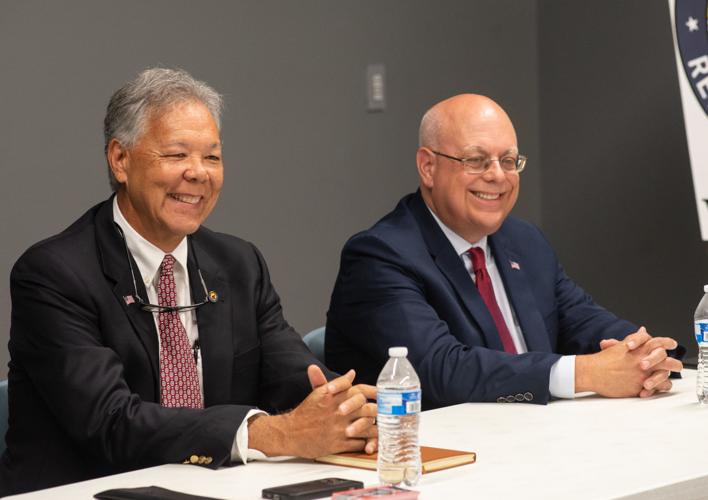 Bob Duncan, left, and Rick Townsend share a laugh before their debate begins Thursday night at the Brunswick-Glynn County Library. 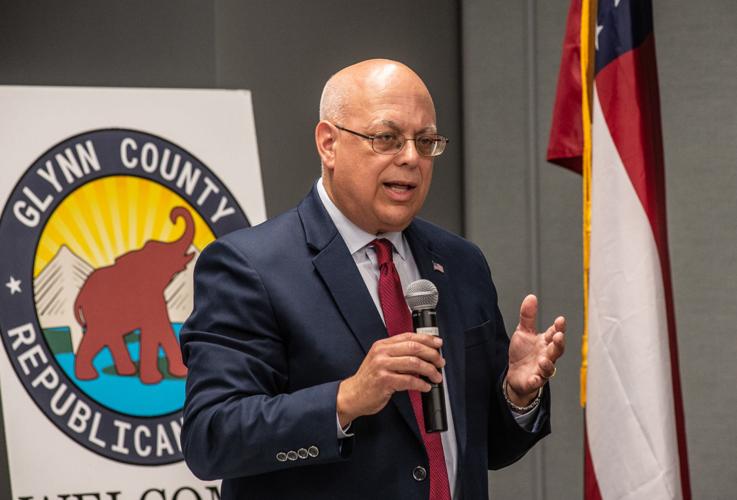 Rick Townsend responds to a question the forum. 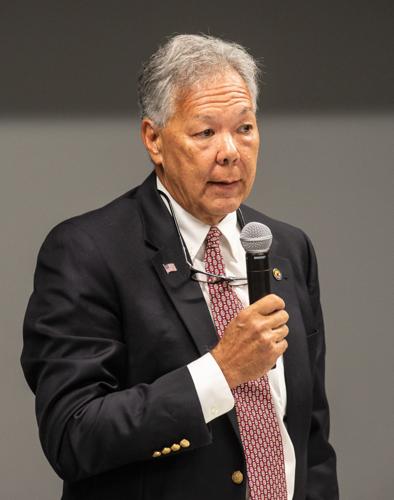 Bob Duncan responds to a question during the forum. 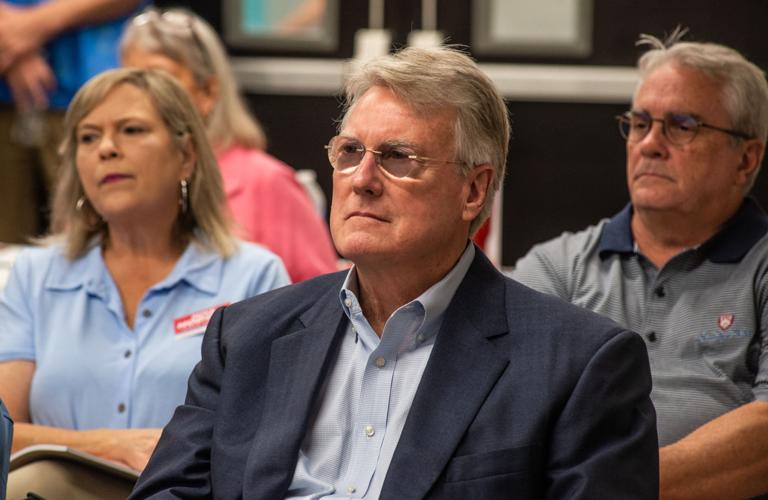 Mike Hodges listens to Duncan and Townsend debate before he answered questions about his race for the Georgia State Senate. 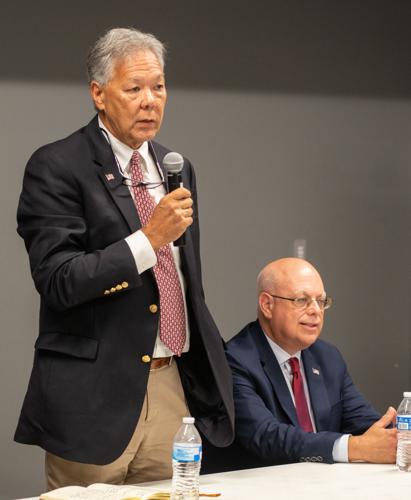 Rick Townsend awaits his turn as Bob Duncan responds to a question.

Bob Duncan, left, and Rick Townsend share a laugh before their debate begins Thursday night at the Brunswick-Glynn County Library.

Rick Townsend responds to a question the forum.

Bob Duncan responds to a question during the forum.

Mike Hodges listens to Duncan and Townsend debate before he answered questions about his race for the Georgia State Senate.

Rick Townsend awaits his turn as Bob Duncan responds to a question.

Republican candidates facing each other in the June 21 runoff for state House District 179 faced each other Thursday in a candidate forum at the Brunswick library.

Both candidates, Bob Duncan and Rick Townsend, agreed on most issues.

Townsend said he’d be reluctant to eliminate the state income tax without a plan to replace the revenue.

Duncan said there is a plan to continue to lower the state income tax.

“The money needs to go where the child goes,” Duncan said.

Townsend, a former educator, said he supports tax incentives, but schools receiving vouchers should have to follow the same rules as public schools.

“Let’s make it a level playing field,” he said.

Duncan said he supports incentives to lure new businesses to the Golden Isles, including land, infrastructure costs and tax abatements, depending on the number of jobs created.

Townsend said there needs to be a decision on the types of businesses that would be the best fit for the county.

“You’ve got to work together as a team,” he said. “Any endorsements would come from the General Assembly.”

Both agreed better pay and benefits are needed to attract and retain law enforcement officers.

“Locally, we as citizens need to ante up,” Duncan said. “They are the first line of defense for our county.”

Townsend said good training and support are needed, including an area dedicated for police dogs.

“We need to step up for first responders,” he said. “They want the extra pay and benefits. They also want the training.”

Both said they want more facts before making an opinion on the Dominion voting machines.

During closing statements, Duncan said he hoped the forum helped reinforce the decision to vote for him in the runoff.

“It’s about service,” he said. “That’s the only reason I’m doing this.”

Townsend said his background as an educator and his conservative values make him the best candidate.

“I’ll make sure we’re at the table, not on the menu,” he said. “I”ll be a team player in Atlanta. I’ll represent Glynn County well.”

After the two candidates spoke, Mike Hodges, candidate for state Senate District 3, took the stage. His opponent, former state Rep. Jeff Jones, was unable to attend the forum because of a prior candidate commitment he made prior to the invitation. Jones said he was unable to reschedule and felt committed to attend the first event.

Hodges and Jones will face each other in the Republican primary runoff.

“I gave ample notice I couldn’t attend,” Jones said in a phone interview prior to the forum. A businessman, Jones served three terms in the District 167 seat in the Georgia House of Representatives.

Hodge fielded many of the same questions asked Duncan and Townsend.

Hodges touted his experience as a board member of Southeast Georgia Health System, former member of the board of the Jekyll Island Authority and former chair of the Golden Isles Chamber of Commerce as examples of his community service. His 47 years as a banker also distinguish himself from his opponent, who he described as a “career politician.”

“Look at the results of our work,” he said. “I chose to work in community service. My opponent chose to serve in elected office.”

Like the sea turtles that return to the Golden Isles’ shorelines each summer, tourists in golf carts predictably flock to St. Simons Island’s roadways in large numbers this time of year.

Parker Cason sat casually in a patch of bare dirt Thursday morning, writing neatly into a notebook braced in his lap with grubby hands.

The Brunswick-Golden Isles Chamber of Commerce has a new director of membership services.

The war-torn nation of Ukraine will be recognized at the 53rd Annual St. Marys July 4th Festival on Monday.

The clock is ticking for Brunswick and Glynn County officials to negotiate how proceeds from a 1-cent Local Option Sales Tax will be split over the next decade.

For the past four weeks, Lighthouse Family Retreat, a faith-based nonprofit, has held restorative retreats for families living through childhood cancer at Epworth By The Sea on St. Simons Island.

DUE SOUTH: Gems Hidden Here and There

The Golden Isles do, indeed, have many hidden gems. My favorite are… Read more

NATURE CONNECTIONS: From the ocean to the swamp

For any aspiring Golden Isles gardener, one name becomes quite fami… Read more

MONEY TALKS: The secrets to saving for college, retirement

Saving for college and retirement can be daunting. However, talking… Read more