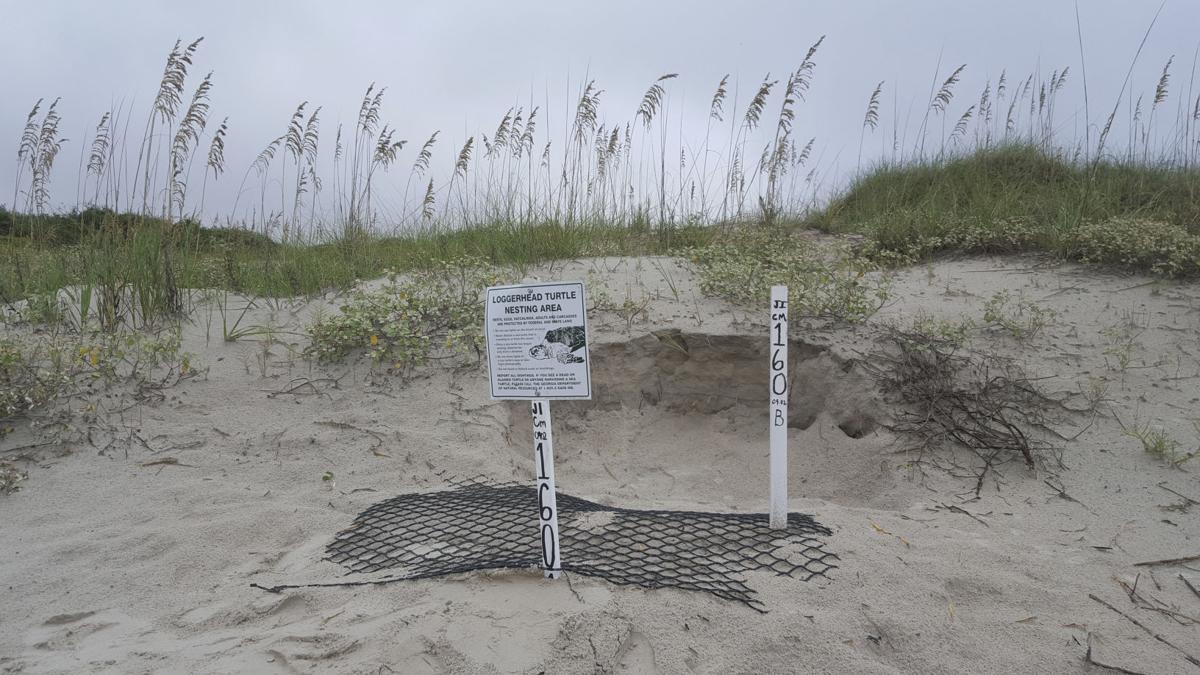 A crater-sized hole on Jekyll Island is marked as the 160th sea turtle nest this season. The nest is that of a rare green sea turtle and will likely incubate through November. 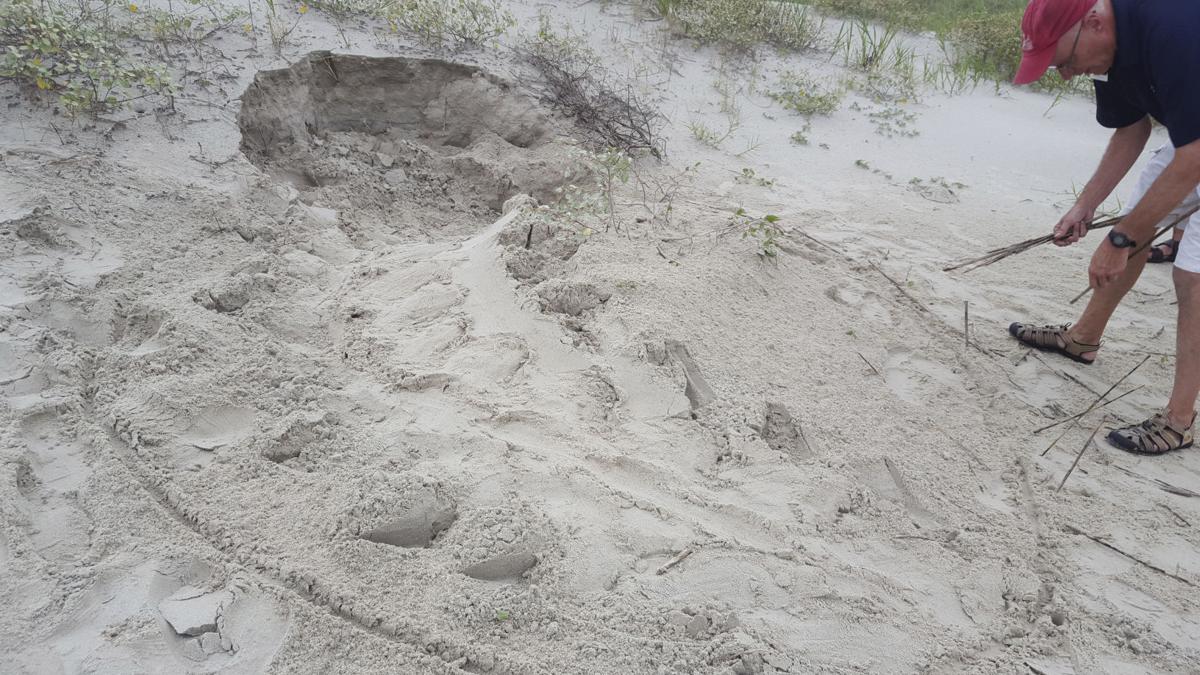 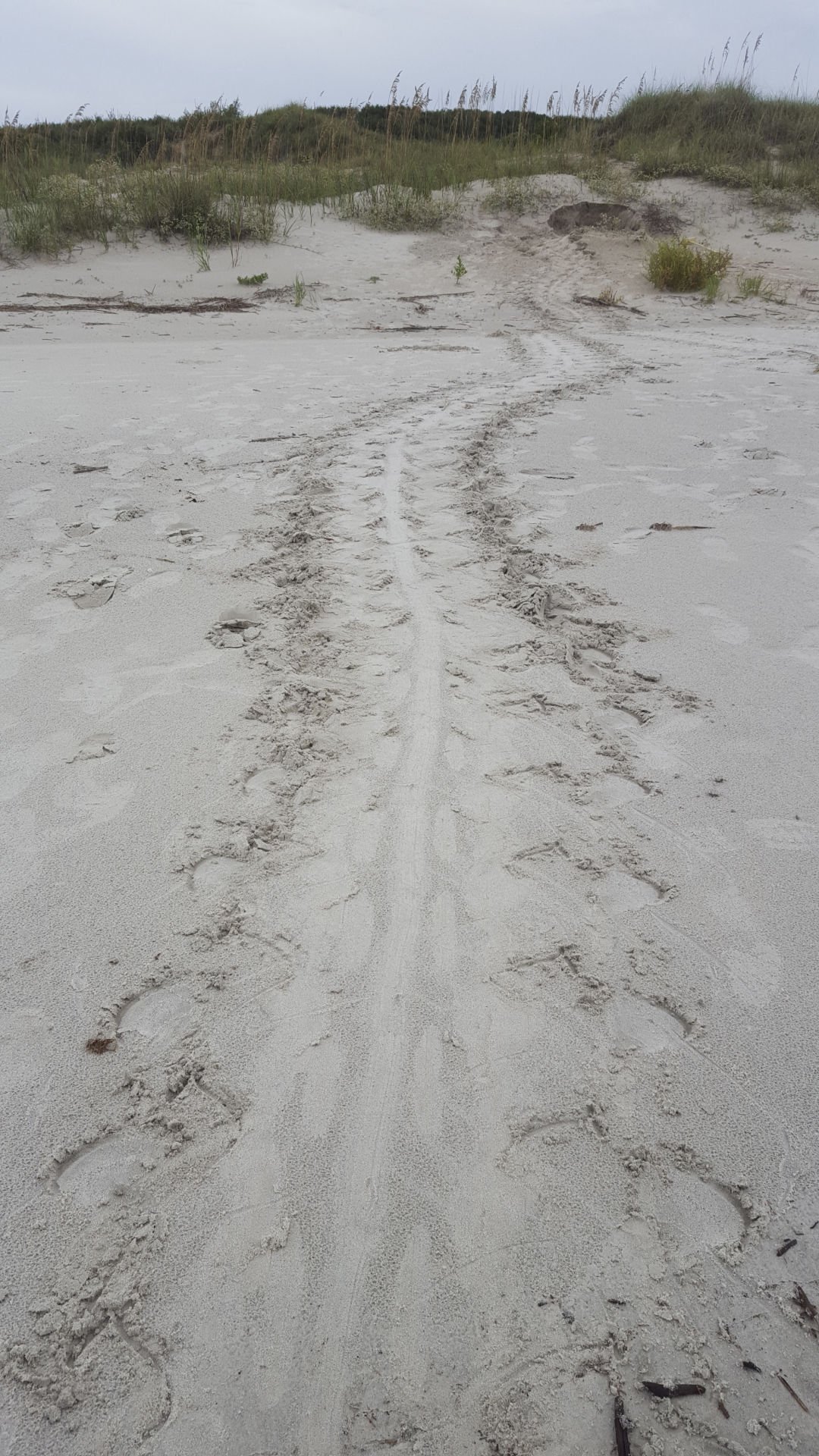 A crater-sized hole on Jekyll Island is marked as the 160th sea turtle nest this season. The nest is that of a rare green sea turtle and will likely incubate through November.

A rare occurrence is being celebrated at the Georgia Sea Turtle Center on Jekyll Island.

The nest also breaks the record for latest nest on the island. Previously, that milestone was set by a loggerhead nest laid on Aug. 21, 2013. Prior to that, the last record of green sea turtles on the island was in the 1970s.

Staff at the turtle center say the green sea turtle nest will likely be in the ground incubating into November.

“Not only is it extremely rare for sea turtles to continue to nest into September, but it’s also rare for Jekyll Island and even the state of Georgia to have a green sea turtle nest at all,” said Kimberly Andrews, Georgia Sea Turtle Center research coordinator.

Reporter Donna Stillinger writes about Jekyll Island, lifestyles and other local topics. Contact her at dstillinger@thebrunswicknews.com or at 265-8320, ext. 321.