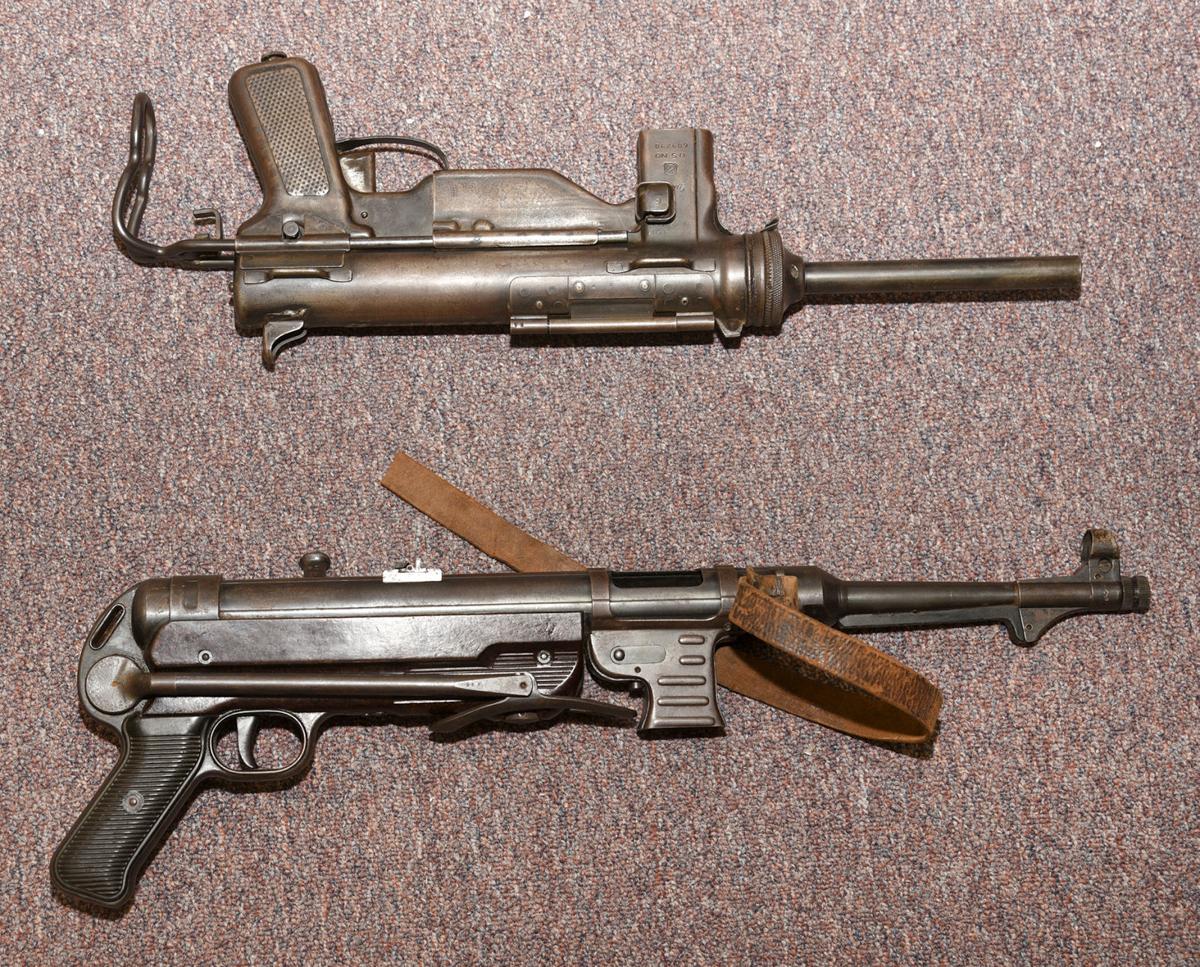 Glynn County Police are including two antique submachine guns, an M3, top, and an MP40 in a trade in along with several other guns in order to get funding for some new guns for the department. 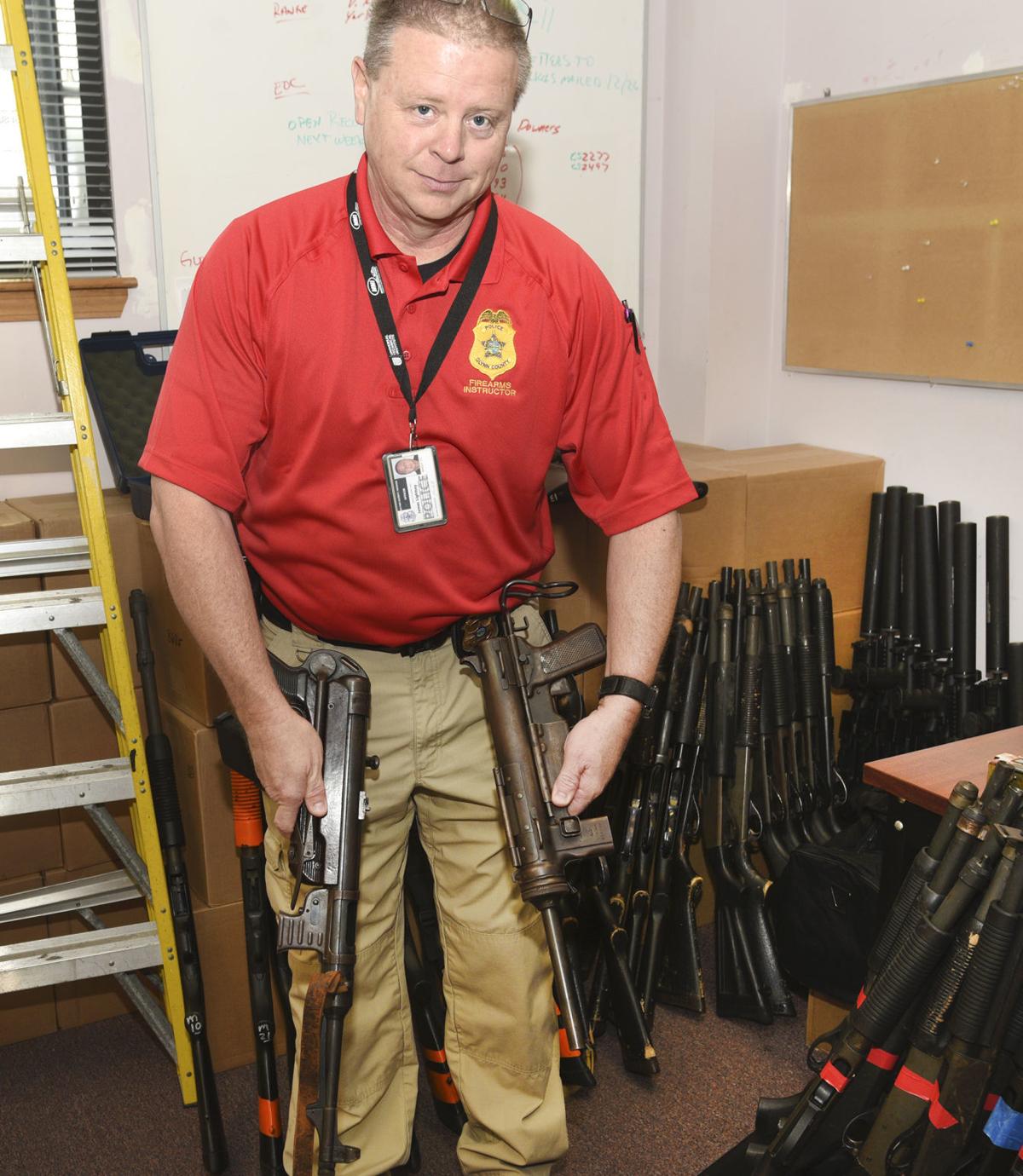 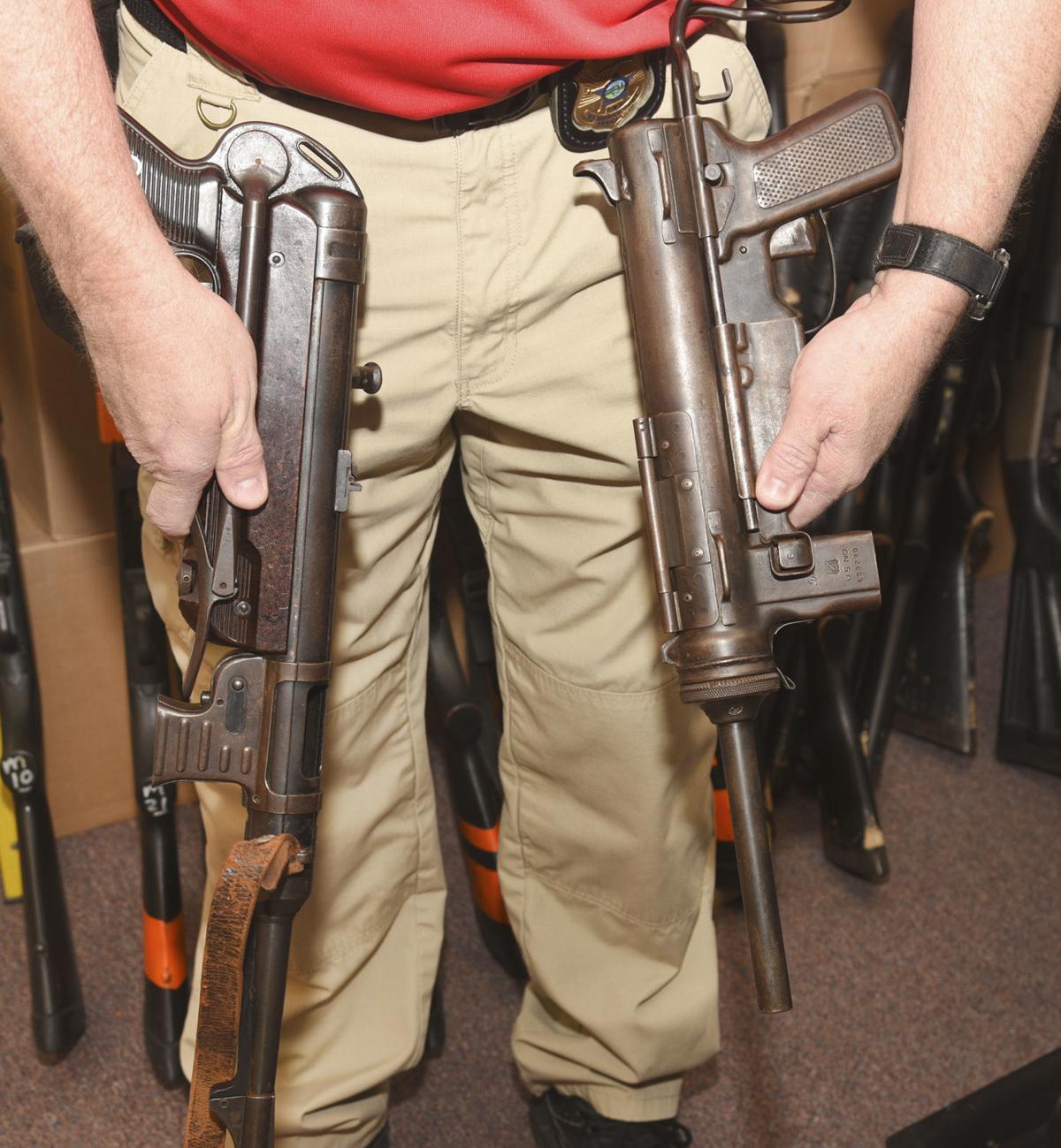 Glynn County Police are including two antique submachine guns, an M3, top, and an MP40 in a trade in along with several other guns in order to get funding for some new guns for the department.

While possibly of historical significance, the German MP40 submachine in the Glynn County Police Department’s armory isn’t doing anyone any good.

This is why it and other old and interesting firearms were declared surplus by the Glynn County Commission this week and are slated to be traded for Sig Sauer patrol rifles.

“They were sitting in the armory gathering dust, and we can trade these in and get something back to benefit the community,” said Glynn County Police Sgt. James Lightsey. “Unfortunately, we’re not in the firearm business, we’re in the public safety business.”

Now declared surplus, the guns will go to Dana Safety Supply, which has offered $29,225 in credit for the 56 guns and 10 attachments. That credit will pay for the Sig Sauer rifles with their own attachments and accessories “ready to go,” Lightsey said.

Dana will refurbish whatever guns it can, but the fully-automatic weapons will be destroyed per regulations enforced by the U.S. Bureau of Alcohol, Tobacco, Firearms and Explosives, he explained.

Per federal law, private citizens can only own fully-automatic weapons manufactured before 1986. Any such weapons can only be transferred to a new owner if they were registered with the ATF before 1986.

How the police department got a hold of an old German submachine gun is a mystery, he said. Same for the and M3, another World War II-era weapon. The department has few, if any, records on either.

“I don’t know where they were acquired from. Administrations past. They probably predate (former) Chief (Carl) Alexander,” Lightsey said.

In theory, the police department could keep the two guns, but Lightsey said it seemed like a better option to get some benefit for the taxpayers out of them.

The automatics were the most valuable, he said. Dana offered $17,000 for the MP40 alone. Why the company would pay that much to destroy a gun Lightsey couldn’t say, and representatives of Dana Safety Supply did not respond to a request for comment by press time.

According to Lightsey, destroying the gun involves removing the inner workings and could leave the exterior intact.

“We were going to do a display case and put them in the lobby, but they won’t let us,” Lightsey said.

More modern submachine guns, the UMP 45s were likely used at some point by the police department or SWAT. Glynn County’s SWAT teams now use different firearms, he said, and patrol officers have no use for submachine guns.

The shotguns were used as service weapons in the past, but are now in too poor of a condition to continue using, he said. If they were all fully functional, Lightsey said the department would have too many shotguns and too few rifles.

The trade will ensure the police department is using the most appropriate tool for the job, said Glynn County Police Chief John Powell.

Earlier in the year, the department traded a Thompson submachine gun and 146 old service pistols so it could replace them with new service pistols. Powell said that the deal worked out well, which led to this one.

“It certainly saved the taxpayers a lot of money because of the trade, and this is essentially a repeat of that,” Powell said.

There may not be any similar trades anytime soon. Lightsey said the department was running out of interesting old guns in its armory.

“No, I think this is it,” Lightsey said.