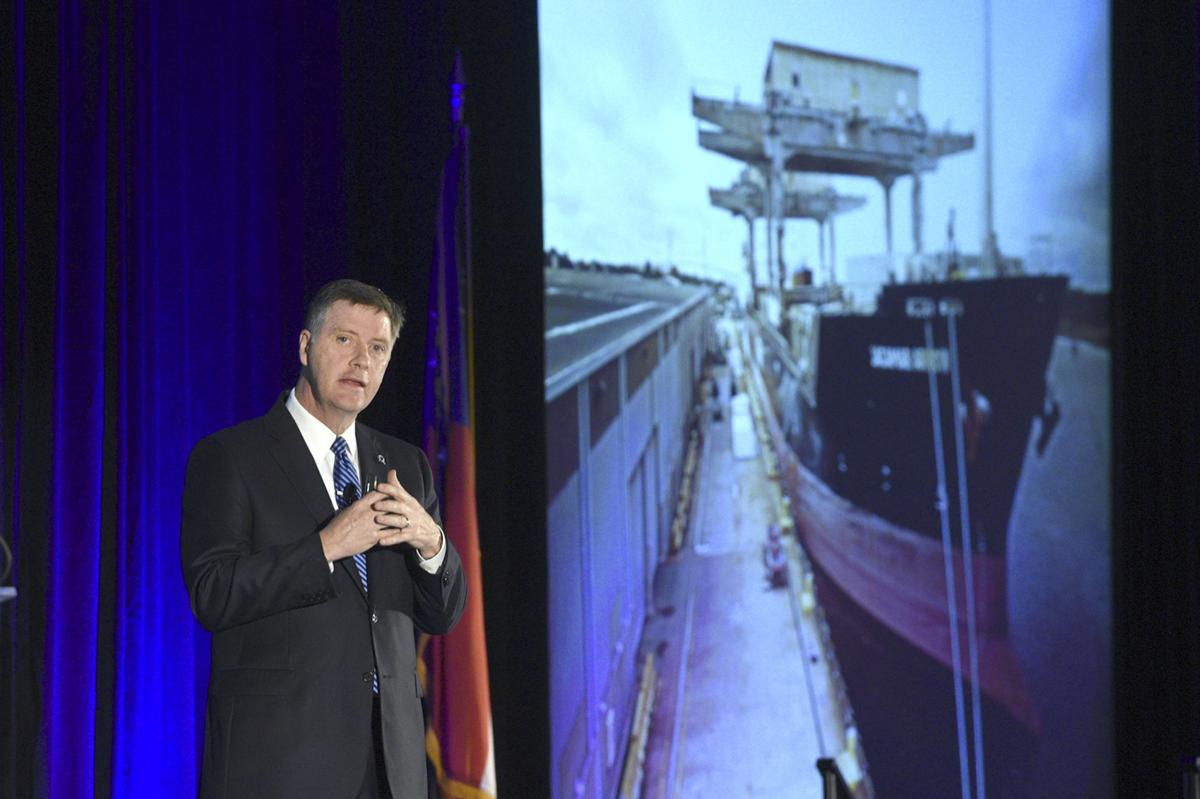 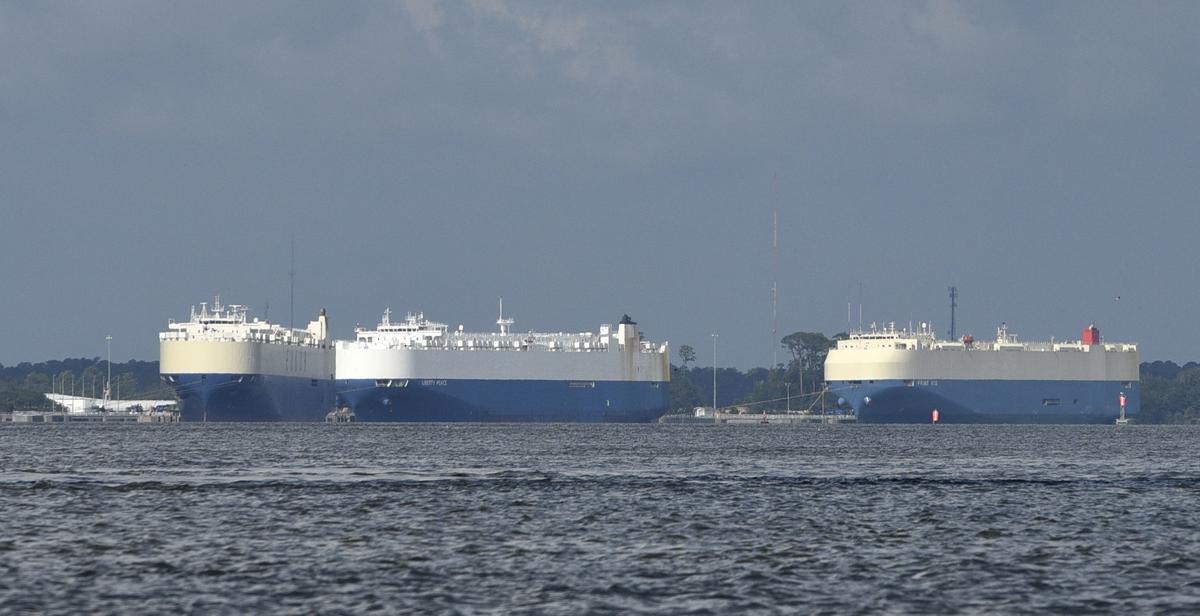 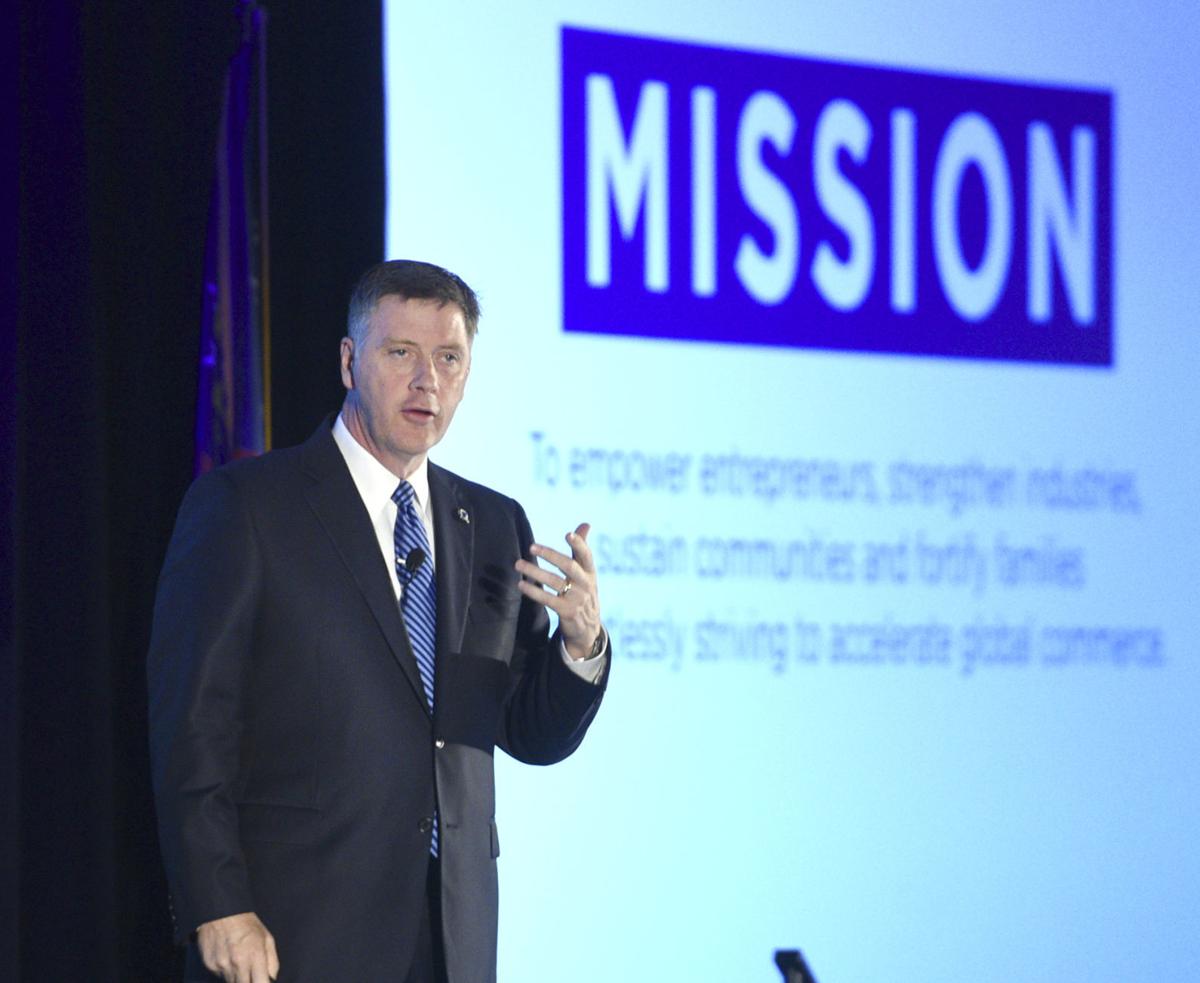 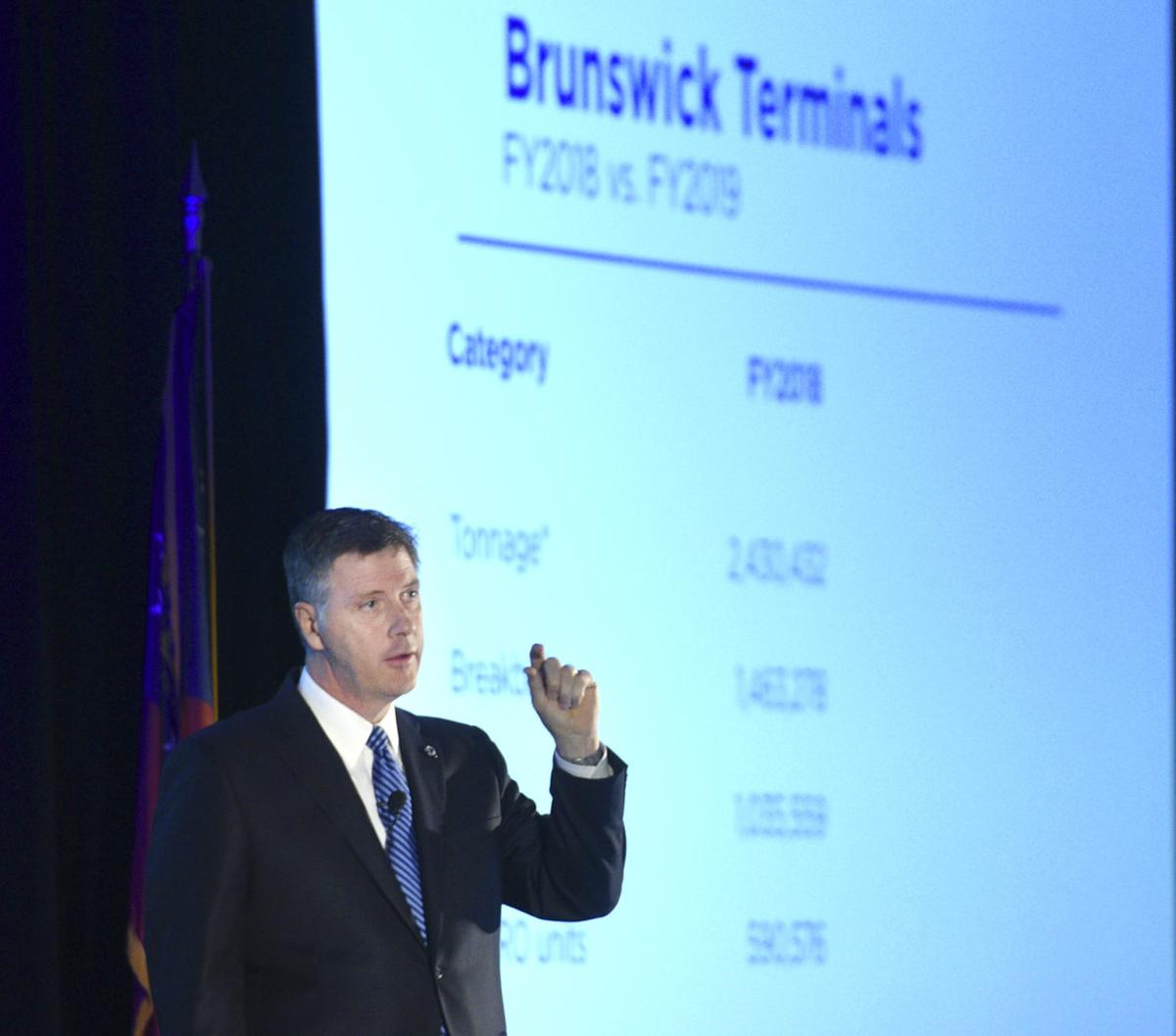 The pilot’s decision to intentionally ground the Golden Ray was lauded Wednesday during the State of the Port presentation at the Jekyll Island Convention Center.

Griff Lynch, executive director of the Georgia Ports Authority, said the decision to take the ship out of the channel and ground it is what enabled the port to reopen for business four days after the Sept. 8 accident.

“We would have an even bigger problem,” Lynch told the audience, which was estimated to have nearly 100 people more than last year’s annual state of the port presentation.

The pilot was Capt. Jonathan Tennant of the Brunswick Bar Harbor Pilots Association, which provides mariners who are knowledgeable of local waters to steer all ships in and out of the Port of Brunswick. The 656-foot ship rolled over on its port side in the St. Simons Sound in the dark morning hours of Sept. 8 while heading out to sea with a cargo of 4,200 vehicles.

Capt. Tennant also remained on board the foundering ship to work with the Coast Guard in overseeing the rescue of 20 of the ship’s 24 Filipino and South Korean crew members, said Capt. John Cameron, a spokesman for the Brunswick Bar Harbor Pilots Association. Four merchant mariners who were trapped in the Golden Ray’s engine room were rescued more than 30 hours later after being plucked from a hole cut in the ship’s hull.

Because of the ongoing U.S. Coast Guard and National Transportation Safety Board investigation of the incident, Cameron would not talk specifically about Tennant’s actions leading up to the Golden Ray’s capsizing.

“We’re confident the pilot’s actions will prove to have contributed to the best possible outcome to this incident,” Cameron said Wednesday afternoon. “In particular, we’re extremely proud of the pilot’s leadership and composure in coordinating the rescue of the crew. The pilot did this while perched precariously on a piece of equipment in the dark with only a handheld radio and a flashlight, ensuring the rescue of all but the four who were trapped in the engine room.”

Lynch praised the Coast Guard, Brunswick Bar Pilots and port workers for their efforts in the crew rescue, ongoing salvage operations and reopening of the port.

“The Coast Guard and our Brunswick maritime community came together in an impressive display of teamwork, focused first on the safety of the crew, and now on protecting the natural environment and the safety of vessel operations,” he said.

“It’s all about economic development,” he said.

The port supports nearly 11,000 jobs in business sectors such as forest products, automobile processing, retail and other services, according to a University of Georgia study. Statewide, Georgia’s deepwater ports support more than 440,000 full- and part-time jobs, generating an estimated $25 billion in personal income annually.

Lynch also discussed some of the new projects at the port created to accommodate more business. He announced the development of a 40-acre dockside parcel for auto processing at the roll-on/roll-off port at the Colonel’s Island terminal.

“With this expansion, the Port of Brunswick is ready to take on substantial new business,” he said.

The development will increase the car storage capacity by 6,000 spaces and provide a nine-acre staging area for high and heavy equipment being loaded or unloaded from vessels, which will enable for speedier vessel processing.

The port authority’s rail capacity is being increased with an additional 14,100 feet of track, which will enable the port to expand service in markets in the Midwest and west of the Mississippi River. During fiscal year 2019, more than 110,000 vehicles were transported by rail from Brunswick.

The port authority also added a second access road between the docks and the island’s south side to provide a more direct route.

Though much of the attention goes to the port’s larger customers, 93 percent of the business at the port is in support of small businesses. Lynch said more than 27,000 customers use the port every year. The goal is to make Georgia the No. 1 state for small businesses.

The port’s future looks positive with a full warehouse and a safety record that goes back 11 years without lost time from an accident.

“We are focused on making sure people come to Georgia for great careers,” Lynch said.

GICCA's 'This Girl Can' workshops to return next month

The Golden Isles College and Career Academy’s This Girl Can workshop will return by popular demand this school year to provide girls with a chance to explore non-traditional careers for women.