A U.S. Coast Guard helicopter landed on the capsized Golden Ray about 8:20 a.m. Monday and then took off leaving two people on the flat side of the vessel.

Before landing, the helicopter made several tight circles over the auto carrier as it lay on its side on the southern edge of the shipping channel about halfway between the closest points of St. Simons Island and Jekyll Island. Several people got out of the helicopter then it lifted off leaving two people clearly visible as they walked around the upturned side of the huge ship.

At the same time, two men, one of them clearly in a Coast Guard work uniform, walked the beach in front of the lighthouse examining the granite boulders and looking into gaps between them. It is unknown if they were looking for fuel spilled from the Golden Ray or other contaminants.

Earlier, a flat-bottom boat with Coast Guardsmen aboard had traveled along the same stretch of beach as well as the ocean between the lighthouse and the Golden Ray. 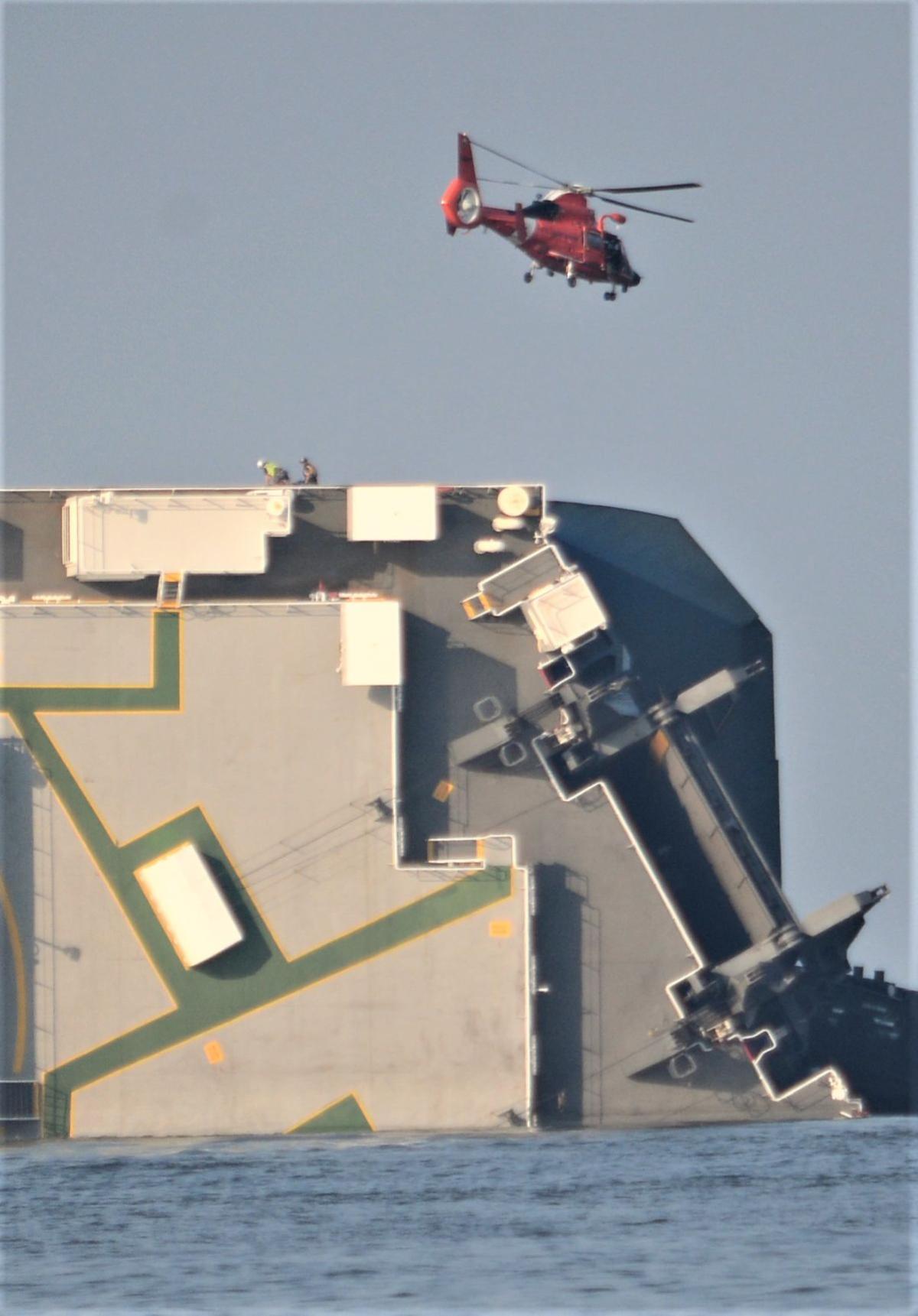 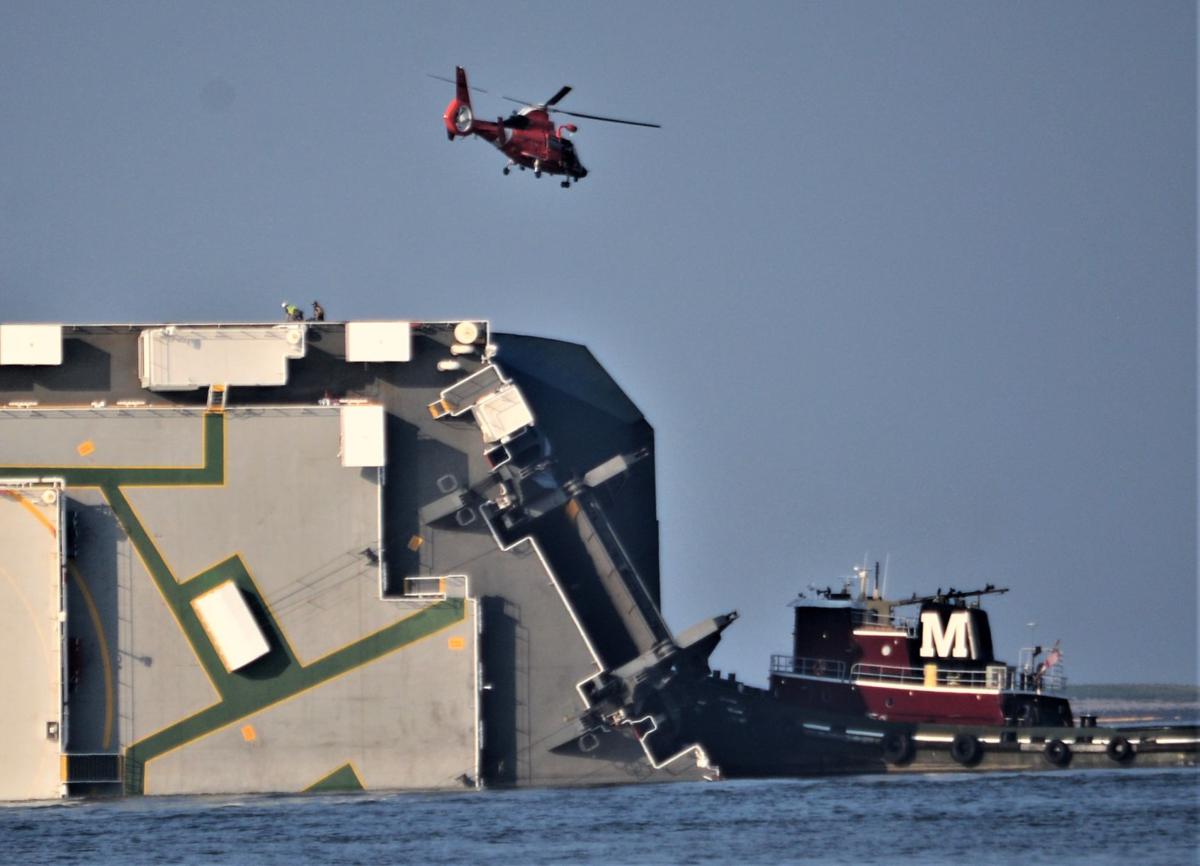 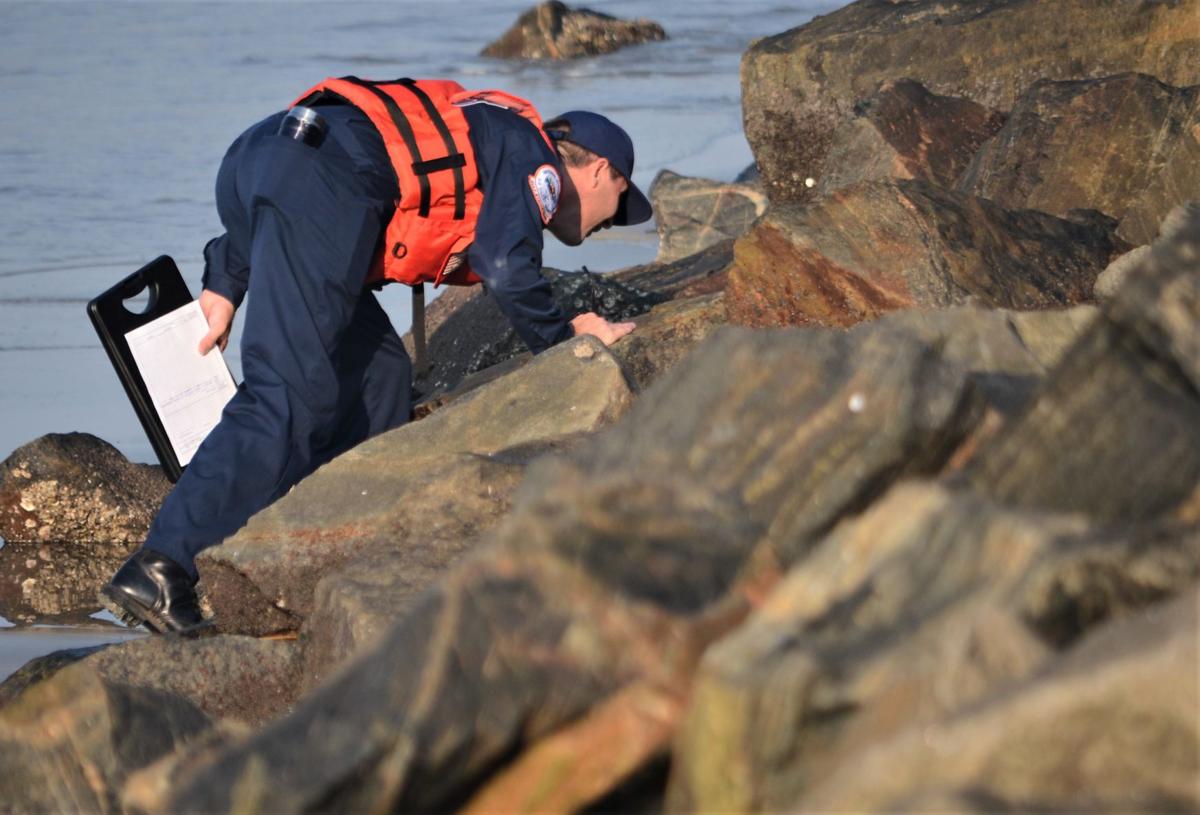 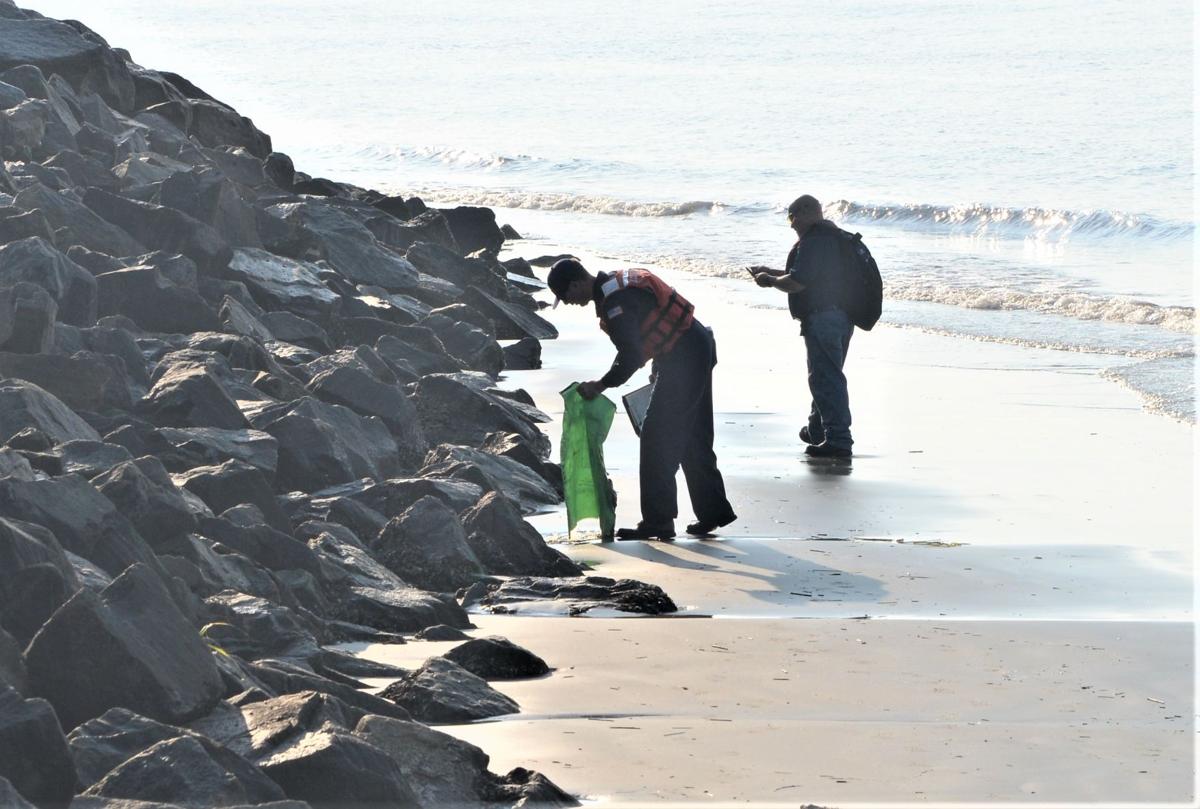