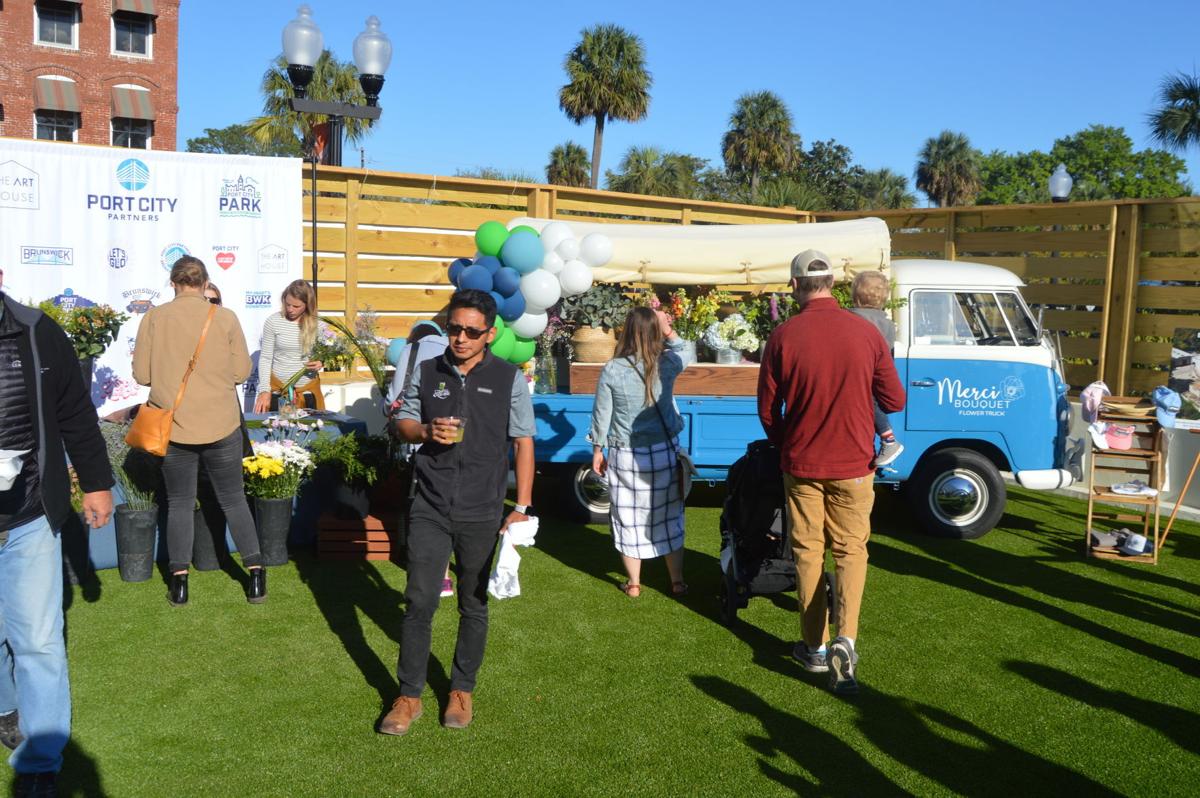 Crowds check out the Merci Bouquet Flower Truck at the grand opening Friday of Port City Park in downtown Brunswick. 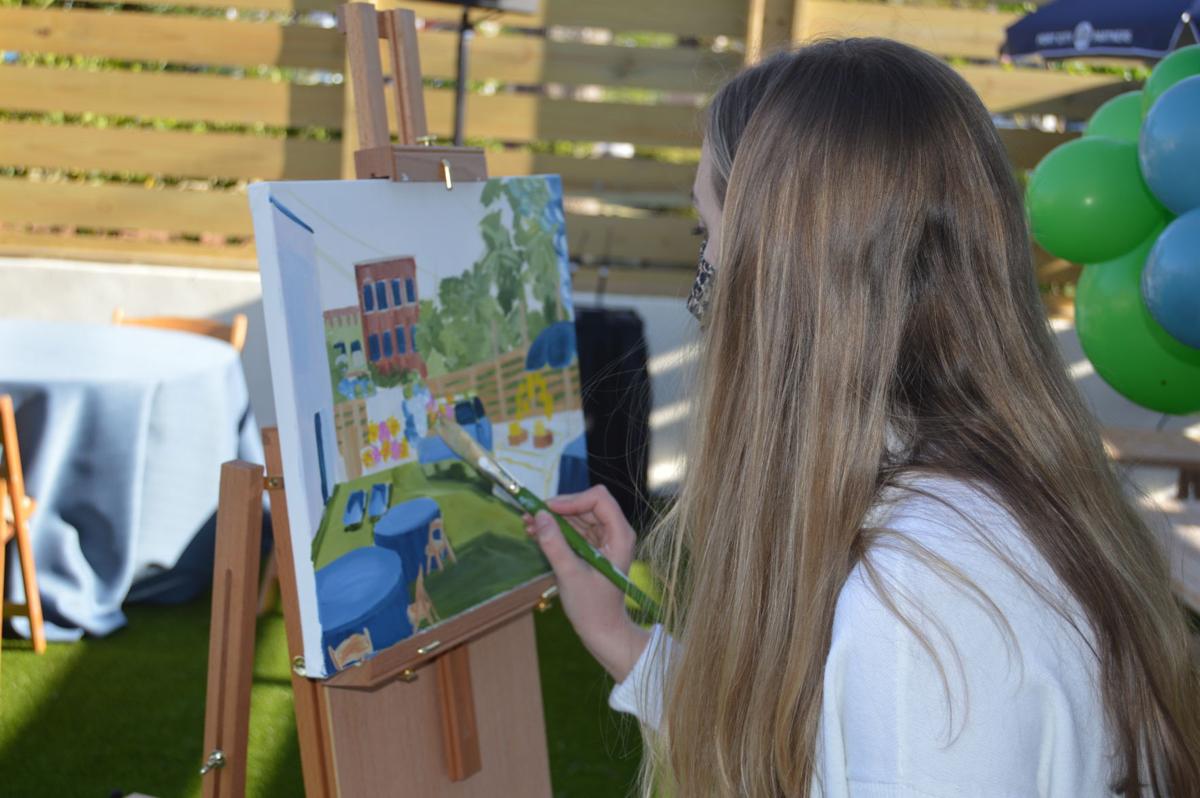 Artist Gabbi Cook works on a painting during the grand opening of Port City Park on Friday.

Crowds check out the Merci Bouquet Flower Truck at the grand opening Friday of Port City Park in downtown Brunswick.

Artist Gabbi Cook works on a painting during the grand opening of Port City Park on Friday.

More than 40 years after a fire closed the Bijou Theatre in downtown Brunswick, the site now has a new life as a venue for public, semi- private and corporate events.

Port City Park celebrated its grand opening Friday, attracting a large crowd to see what will be a monthly pop-up art event at the venue. Ten artists had some of their work on display inside the theater building for people to vote on during the event.

Outside, in the fenced-in area, there were other attractions such as a live-event painting by Gabbi Cook. She began painting the outdoor venue where most of the crowd gathered, capturing the details stroke by stroke.

Cook, of Atlanta, continued to paint and talk to people at the same time, managing to maintain her concentration.

“Once you get into the flow of things, it’s fine,” she said.

Cook said she was impressed with the venue and downtown Brunswick in what was her first visit to town.

“I think the town is doing a great job attracting tourists,” she said.

Brad Piazza, the businessman who renovated the building, said it took about nine months to transform the old theater into what is expected to be a popular venue in the future.

“We’ve had such a wonderful outpouring of artists,” he said. “It’s another neat thing for Brunswick to continue to work and play.”

Another attraction that drew crowds was the Merci Bouquet Flower Truck, where people had the opportunity to make their own unique flower displays.

Kate Dart set up shop in her vintage 1960 Volkswagen truck at the venue, just like she does traveling to different locations on St. Simons Island, where her business is based.

“We like to help people create their own bouquets,” she said. “They get to be the florist.”

Dart’s business opened in 2020. Thinking her first year would be a learning experience, she didn’t expect it to include a pandemic. Still, her business is doing well enough that she is renovating a 1963 Volkswagen truck to help grow her business.

Piazza said he has more plans to encourage people to come to downtown Brunswick, including the ongoing renovation of the Leotis Building a few blocks away.

“It’s the first of many projects we have in the works,” he said.