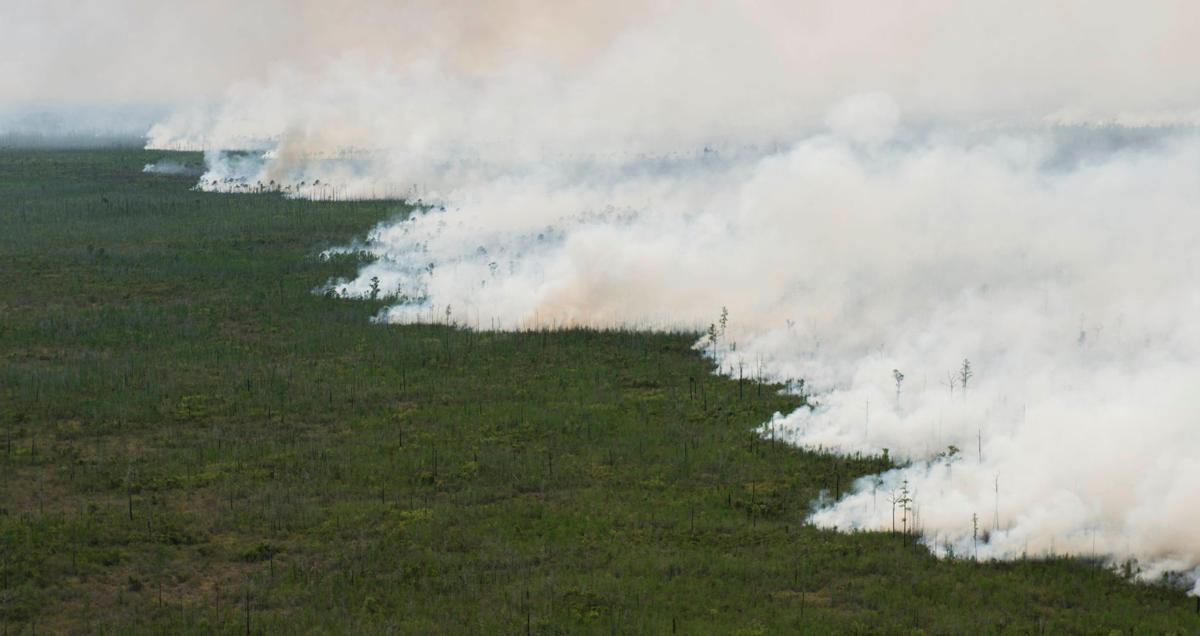 The West Mims wildfire in the Okefenokee National Wildlife Refuge burns through forestland. The fire, at nearly 100,000 acres, is no considered the largest wildfire burning in the country. 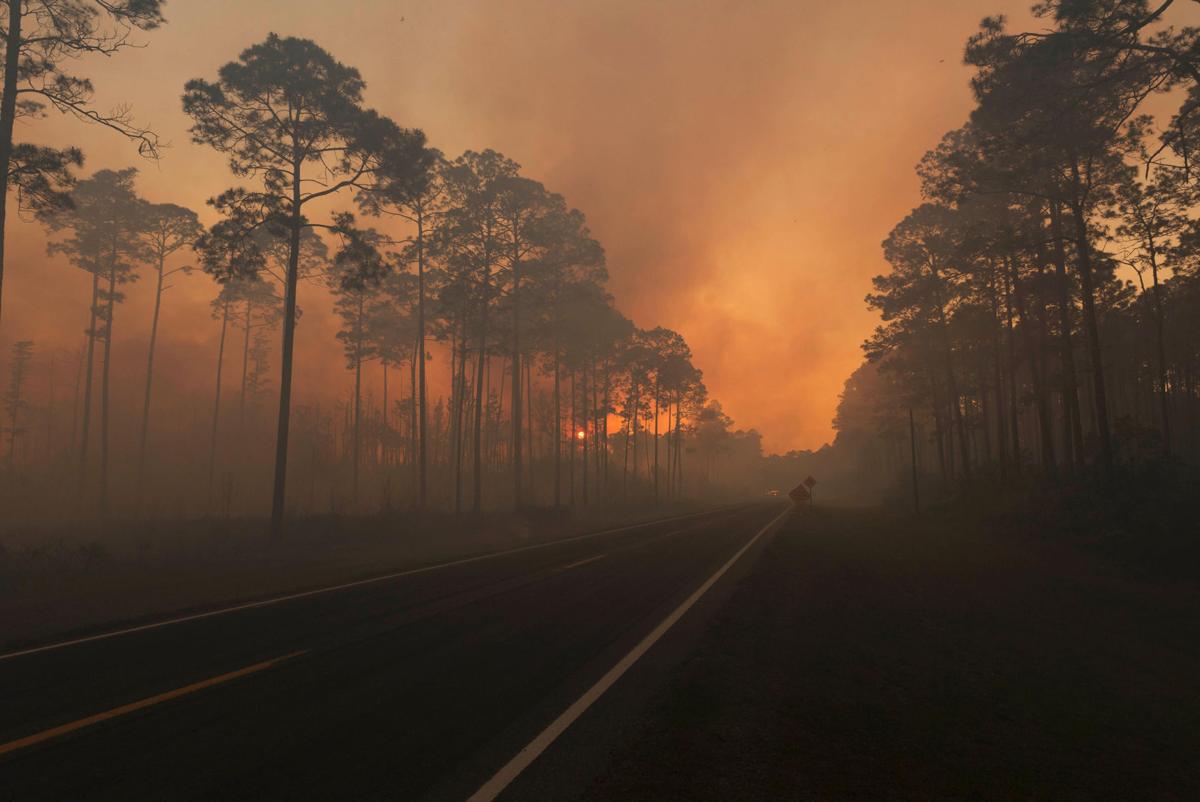 The West Mims fire in the Okefenokee National Wildlife Refuge burns near a road near the Georgia, Florida border. It is now considered the largest wildfire currently burning in the country.

The West Mims wildfire in the Okefenokee National Wildlife Refuge burns through forestland. The fire, at nearly 100,000 acres, is no considered the largest wildfire burning in the country.

The West Mims fire in the Okefenokee National Wildlife Refuge burns near a road near the Georgia, Florida border. It is now considered the largest wildfire currently burning in the country.

FOLKSTON — Wildfires are burning across the nation but none is larger than the one in the Okefenokee National Wildlife Refuge.

Susan Granbery, a Georgia Forestry Commission spokeswoman, said many fire crews were assigned Monday to the east side of the refuge where 15 mph winds with gusts up to 25 mph were expected to push the flames close to the Swamp Edge Break.

High, erratic winds created the potential for “significant fire growth,” according to the forecast.

There are more than 300,000 acres of wilderness unburned in the swamp and no way to stop the flames until they approach the upland boundary of the 438,000-acre wildlife refuge.

Granbery said standing water and wet areas are slowing flames from advancing in some areas, but there are many dry spots that could easily burn.

“They do expect it to potentially grow to the north,” she said.

There are 480 firefighters assigned to the fire, with many new ones coming in from across the nation for a 12-day tour of duty. Some firefighters, such as Granbery, have signed on for a third week.

Granbery praised the patience and support from residents living near the fire.

“Everybody here has shown us such Southern hospitality,” she said.

It’s not the first wildfire residents living in the region have dealt with. Wildfires, usually sparked by lightning, burn in the swamp about once every five years.

The forecast called for a 40 percent chance of thunderstorms Monday, but Granbery said it will take more than an afternoon rain event to extinguish the fire. It’s possible the fire could burn in the swamp until November, she said.

“They do need a major rain event to put out the fire,” she said. “We need a tropical storm type event.”

Millions of dollars for maintenance for federal lands and historic sites may soon be headed for Georgia’s coast.

The show must go on.

A bigger than ever First Friday is a certainty when the monthly celebration springs to life Friday, the eve of the nation’s 244th birthday, in downtown Brunswick.

The VB 10,000 will arrive in the Golden Isles to cut up and haul off the shipwrecked Golden Ray as early as the middle of next week.