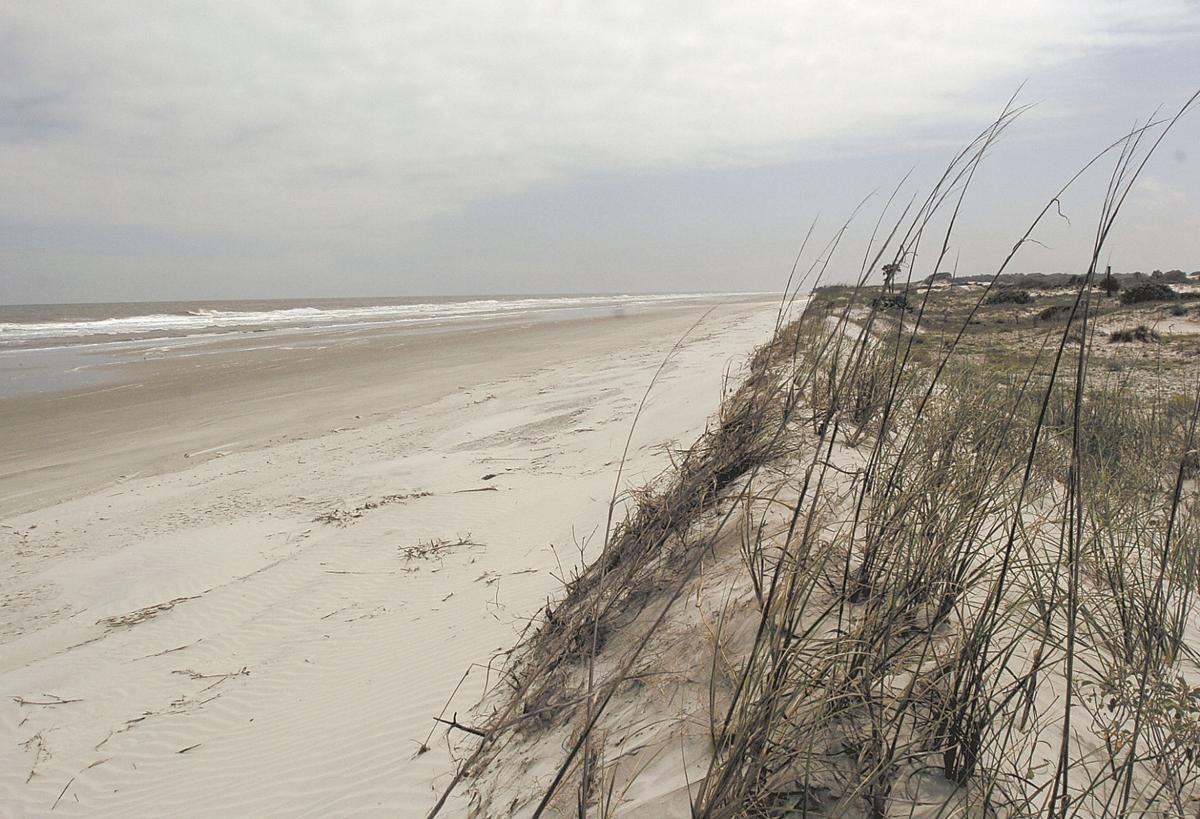 The dunes stretch out along the beach on the north end of Cumberland Island National Seashore. 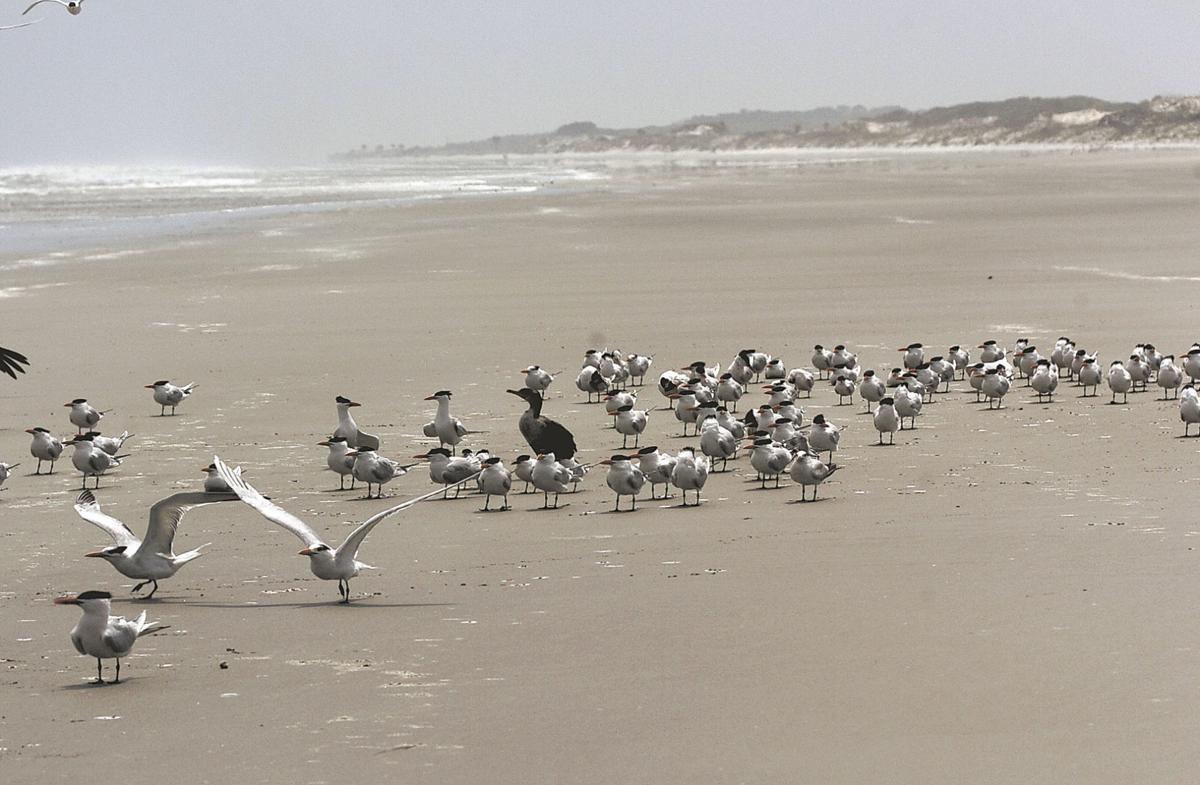 Birds gather on the wide-open beach on Cumberland Island. 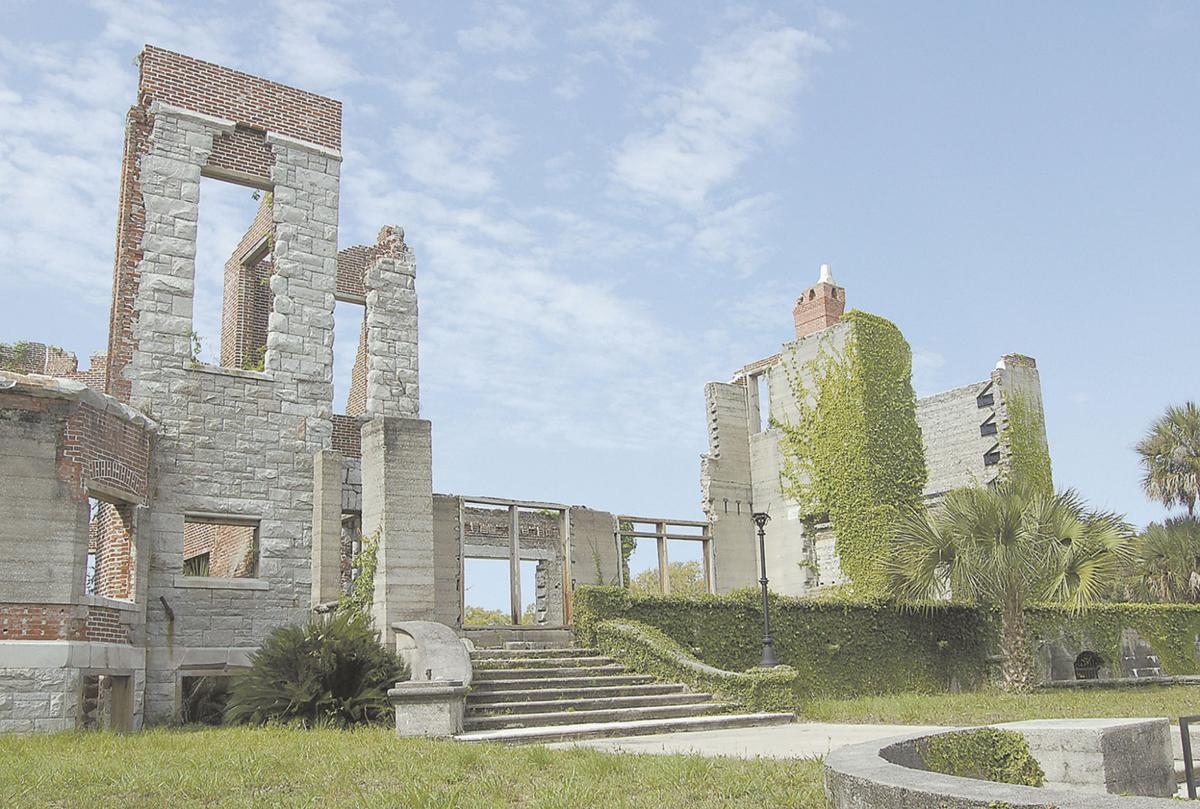 The ruins of Dungeness, a mansion that dates back to 1886 is one of the attactions on Cumberland Island.

The dunes stretch out along the beach on the north end of Cumberland Island National Seashore.

Birds gather on the wide-open beach on Cumberland Island.

The ruins of Dungeness, a mansion that dates back to 1886 is one of the attactions on Cumberland Island.

WOODBINE — The end to a heated debate that started more than 13 months ago about new homes construction on Cumberland Island National Seashore could be coming as early as April, people involved in the negotiations say.

That end is likely to result in new homes being built, according to a Cumberland Island official.

The debate began when the Camden County Planning Commission approved a hardship variance that would allow construction of a 10-home subdivision on the federally protected island.

The tract cuts a swath entirely across the narrowest part of the island, just north of Sea Camp Campground. An appeal was filed by conservation groups and merchants dependent on the tourism generated by the national seashore who were concerned new construction could drive away visitors.

After the appeal was filed in early January 2017, other island property owners with tracts throughout the island also expressed a desire to build homes on the island.

Rather than just deal with the hardship variance appeal, county officials decided they would rezone all non-federal land on the island, an estimated 1,000 acres. There are 22 fee-simple private property owners on the island who could potentially build there.

Much of the land in question is zoned as conservation preservation. Those areas serve as “wildlife refuges, possess great natural beauty, are of historic or ecological significance, are utilized for outdoor recreational purposes or provide needed open spaces for the health and general welfare of the county’s inhabitants,” according to the county’s description.

Camden County Commissioners are scheduled to resolve the issue sometime in April, said Eric Landon, director of Planning & Development for the county.

“The purpose of those meetings will be to move forward with a zoning change to provide a solution for Cumberland that will balance conservation and private property rights,” he said in an email. “Our hope is that an agreement can be reached prior to these meetings and that this agreement will be the basis for any county action taken.”

Gary Ingram, superintendent of Cumberland Island, convinced commissions early last summer to delay their ruling until after he conducted meetings with island residents, elected officials and conservation groups in an attempt to work out an agreement everyone can support.

Anything less than an agreement everyone will support will likely end up in the hands of a Superior Court judge in a state that supports private property rights.

“It’s been going well,” Ingram said. “The goal is to have more conservation on the island. I’m trying to come up with an agreement that benefits the island.”

Ingram said he hopes to have an agreement he can present to County Commissioners that will allow new home construction west of the main road, while creating a conservation corridor on the east side.

“The intention is to present an agreement to show we’ve made some serious progress,” Ingram said.

Island residents have said they only plan to build single-family homes, he said.

“I feel confident in talking with land owners that they’re not talking hotels or condominiums,” he said. “They’re not looking to build a ton of stuff out there.”

Bill Sapp, a lawyer with the Southern Environmental Law Center, said he hopes an agreement can be reached.

“Aside from slowing down during and after Hurricane Irma, it is our understanding that the discussions have been moving along well between the National Park Service and the Cumberland Island property owners,” he said.

But county commissioners will be the ones who ultimately determine the outcome.

“Although it is not likely that there will be a final agreement in place any time soon, we are hopeful that there will be a framework in place soon upon which such an agreement can be fashioned,” Sapp said. “Agreements involving so many people and so many issues take time to put together right, especially when they involve a place as iconic as the Cumberland Island National Seashore.”

Alex Kearns, chair of St. Marys EarthKeepers, said she was limited on what she could say about the negotiations because of confidentiality agreements.

“The discussions are going well as we work toward a solution that will honor all parties while protecting the island’s well being, now and for generations to come,” she said.

Kearns said she believes there has been progress in the negotiations involving county commissioners, the Park Service and stakeholders, and she expressed hope an agreement can be reached.

“I believe that there is a middle-ground and that if the NPS, the environmental organizations, and the property owners come to a position of accord and unity, the future of the Island will be secured,” she said. “That coalition would be a formidable and effective force as we go forward.”

Ingram said the goal is to negotiate an agreement that will last for the next 100 years and enable relationships to grow stronger among island residents, conservation groups and other stakeholders.

“I’m hoping at some point we can work really hard to make something happen,” he said. “This is not an easy issue to solve. The No. 1 thing that could stop this is if anyone gets greedy.”