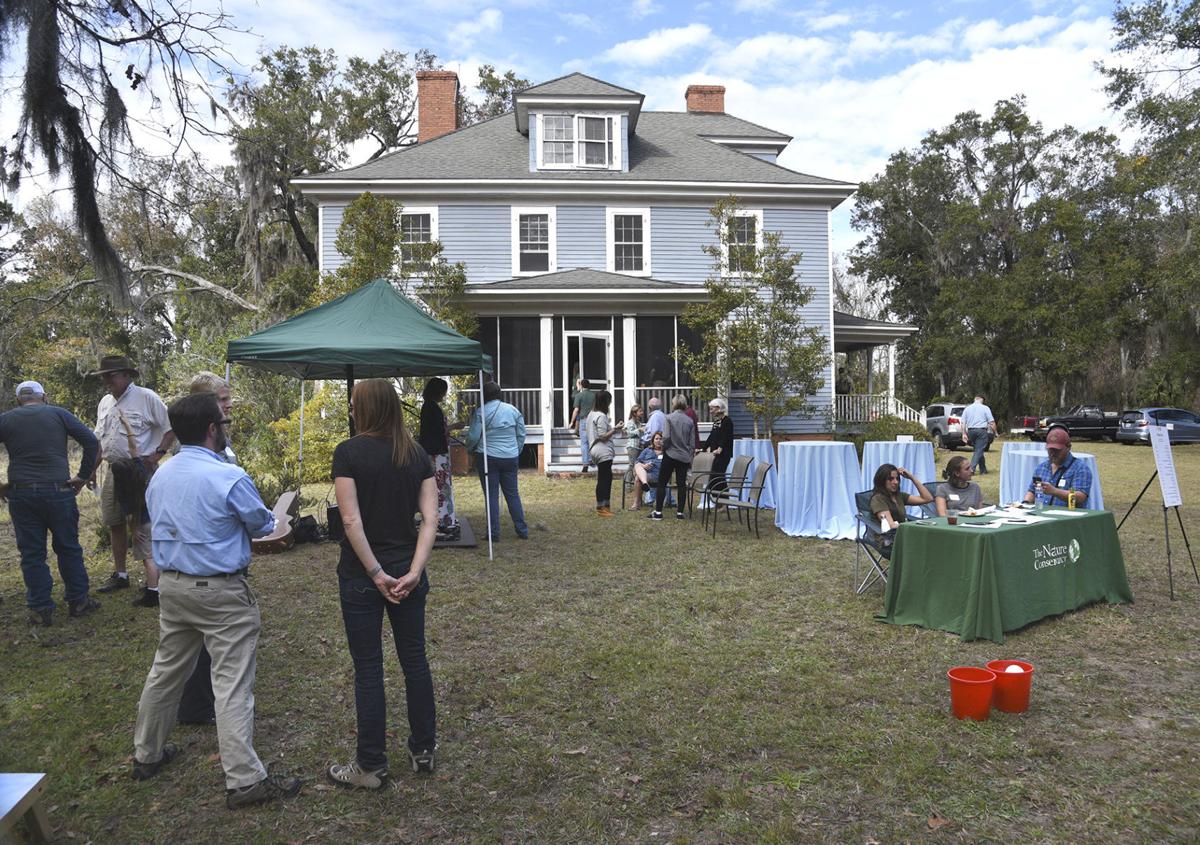 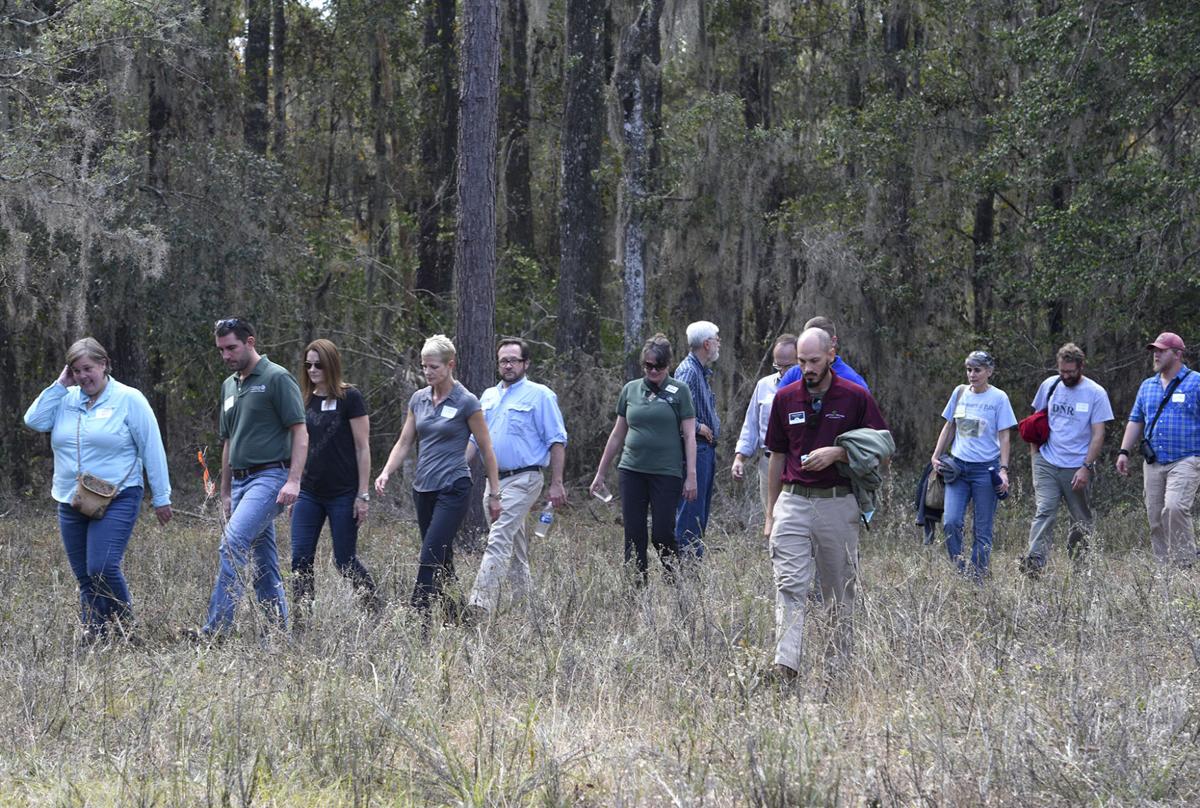 Visitors to Altama Day at the Altama Wildlife Management Area return from a nature hike during the event Friday.

Visitors to Altama Day at the Altama Wildlife Management Area return from a nature hike during the event Friday.

Getting there is a hike. Or, to be more accurate, it’s a bit of a drive, then a hike. But one of the reasons behind the Altama Plantation Wildlife Management Area is that is why you went there.

Friday, the Nature Conservancy held an all-afternoon event in and around the DuPont House at the Altama Plantation WMA to educate visitors and celebrate the nearly 4,000 acres of wilderness near the intersection of I-95 and Ga. Highway 99.

Along with a catered lunch, the event included a number of talks on wildlife, instructional hikes and live music. Christi Lambert, the Nature Conservancy director of coastal and marine conservation, discussed the protection of areas along and up the Altamaha River.

“There’s a lot more land protected … and this was one of the projects, too, and we continue to be involved in land acquisition,” Lambert said.

She noted the Nature Conservancy partners with entities like like the state Department of Natural Resources, U.S. Fish and Wildlife Service and military services to pursue these kinds of projects. The purchase of Altama Plantation was one such collaboration, with the Marine Corps playing a key part.

Along with a number of local college students and other interested folks, one of the people who attended the event was Georgia Conservancy Director Charles McMillan.

“Oh, this is just a feel-good time with everybody around,” McMillan said. “They have some different activities, (like) hikes — which is really cool. You can (possibly) see things like critters and gopher tortoises. You ever seen a gopher tortoise?”

Not only gopher tortoises, but indigo snakes are known for making their home in and around the area. Indeed, it was former property owner James Hamilton Couper who discovered the snake, as a previously unknown species, in the 19th century.

“We did an open house last year and we were thinking, yeah, if 40 people showed up, that would be cool,” said Brian Wills, senior associate director of philanthropy for the Nature Conservancy. “Maybe 110 (actually came out). We thought we’d just do it again and maybe expand it a little bit. So we added a few more speakers and developed a few more hiking (opportunities), a little bit of live music and some good food. It’s a fun day.”