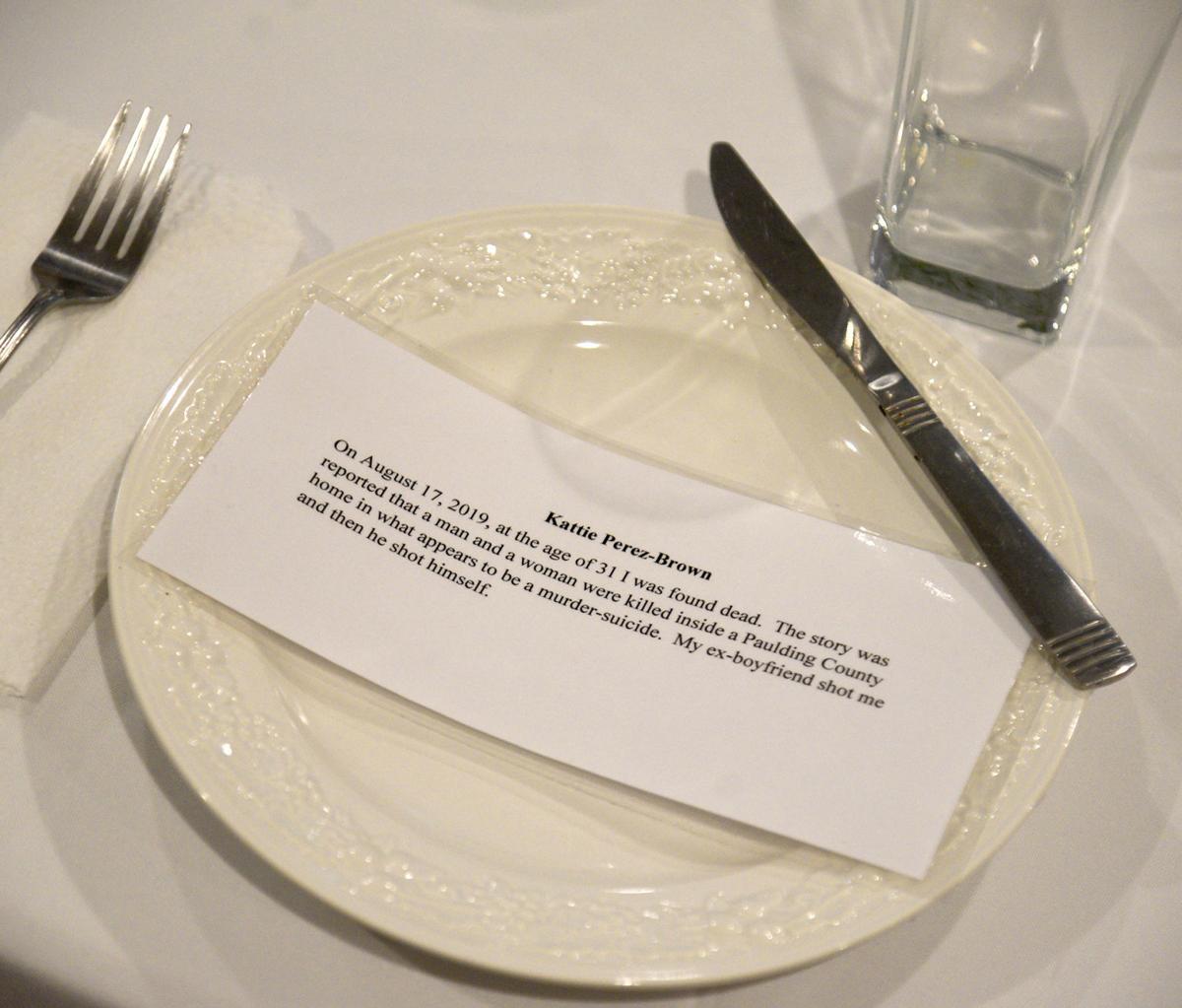 A place setting at each table was left vacant at the annual Domestic Violence Awareness Luncheon, representing a victim of domestic violence in Georgia. 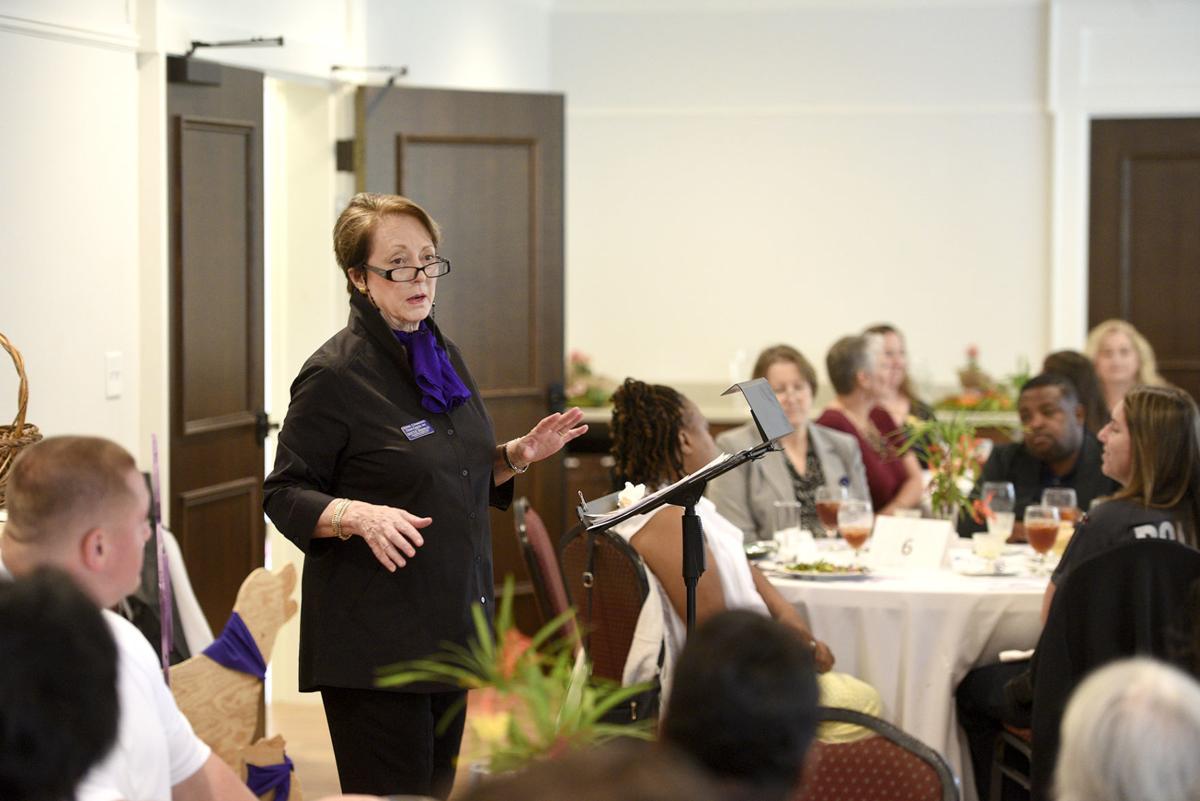 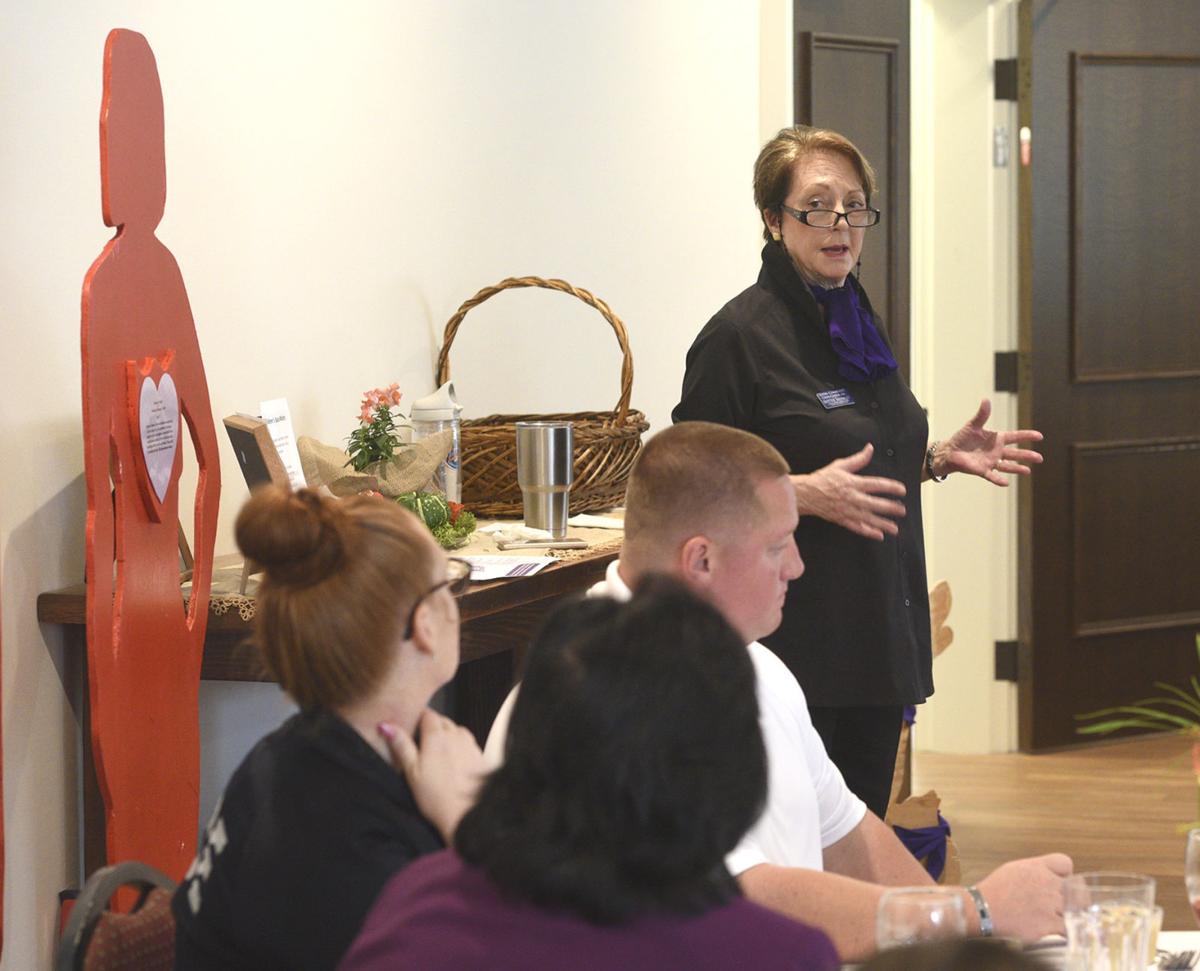 A place setting at each table was left vacant at the annual Domestic Violence Awareness Luncheon, representing a victim of domestic violence in Georgia.

At least 85 people in Georgia alone have been killed so far this year by domestic violence.

And just a few of those victims had their stories represented at empty seats Tuesday during the Glynn Community Crisis Center’s first luncheon to recognize Domestic Violence Awareness Month in October.

“Your voices are important to us,” said Dottie Bromley, executive director of the Glynn Community Crisis Center. “You’ll notice the empty seats at the table. Each empty seat represents a Georgia victim of domestic violence.”

The statistics shared during the luncheon were sobering. Every nine seconds, a woman is physically assaulted, said Charmaine Thomas, lead victims advocate for the Glynn Community Crisis Center. And more than 10 million people experience abuse annually.

Both of those numbers are likely too low, she said, as domestic violence is often under-reported, especially among men.

The purpose of the luncheon, Bromley said, was to open discussions between the many community members who are on the front line of addressing domestic abuse in this area.

“It’s right here in front of all of us,” she said. “And it’s our job to make sure we provide resources, services and safety nets as often as possible.”

Victims of domestic violence need a lot of support to escape their situations, said Thomas, a domestic violence survivor. Many will take a long time to leave an abusive relationship and will return more than once.

“It’s going to take a person to get to the point where they get sick and tired of being sick and tired, and then they’ll make their move,” Thomas said. “But before then, it doesn’t matter what you say until they get ready to make that move … But they do need that support because it just doesn’t happen overnight.”

Bromley provided a long list of ways to help domestic violence victims, including calling the police when a bystander sees or hears what may be a violent situation, reaching out to friends and always withholding judgement when a victim opts to stay in a bad relationship.

“Understand that that choice has to be that victim’s,” she said. “And be a supportive friend or a supportive family member, not judgmental. That’s so important. If you get asked for help, find a way.”

Bromley hopes to see changes made at the local level to improve the reporting of domestic violence incidents.

“Very few counties in this state report the cause of death as domestic violence,” she said. “In Glynn County they report it as blunt force trauma, choking, gun shot, but not related to domestic violence … Legislators are not getting the numbers that they need to make funding decisions.”

Research also shows that one in three women, and one in four men, will experience domestic violence at some point in their lives.

“So ladies, you’re in the grocery store, in line while you check out. There’s a person in front of you and one person behind you,” Bromley said. “Think about it — one of you has already experienced domestic violence, or will experience domestic violence or is living it at that moment.”

Bromley called on those in the room to bring their voices together in support of victims.

“We want your help and input on how to make a difference,” she said.

USAF retired Chief Master Sgt. Cornell Harvey grew up in Brunswick during an era when the nation’s birthday was celebrated separately in black and white communities.

Business owners and tourism industry leaders are happy to see the surge of crowds visiting the Golden Isles this holiday weekend.