Sign Up
Log In
Purchase a Subscription
You are the owner of this article.
Edit Article Add New Article
You have permission to edit this article.
Edit
Welcome, Guest
Home
FULL MENU
News
Life
Sports
Obits
e-Edition
Classifieds
Jobs
Events
Subscribe
1 of 3 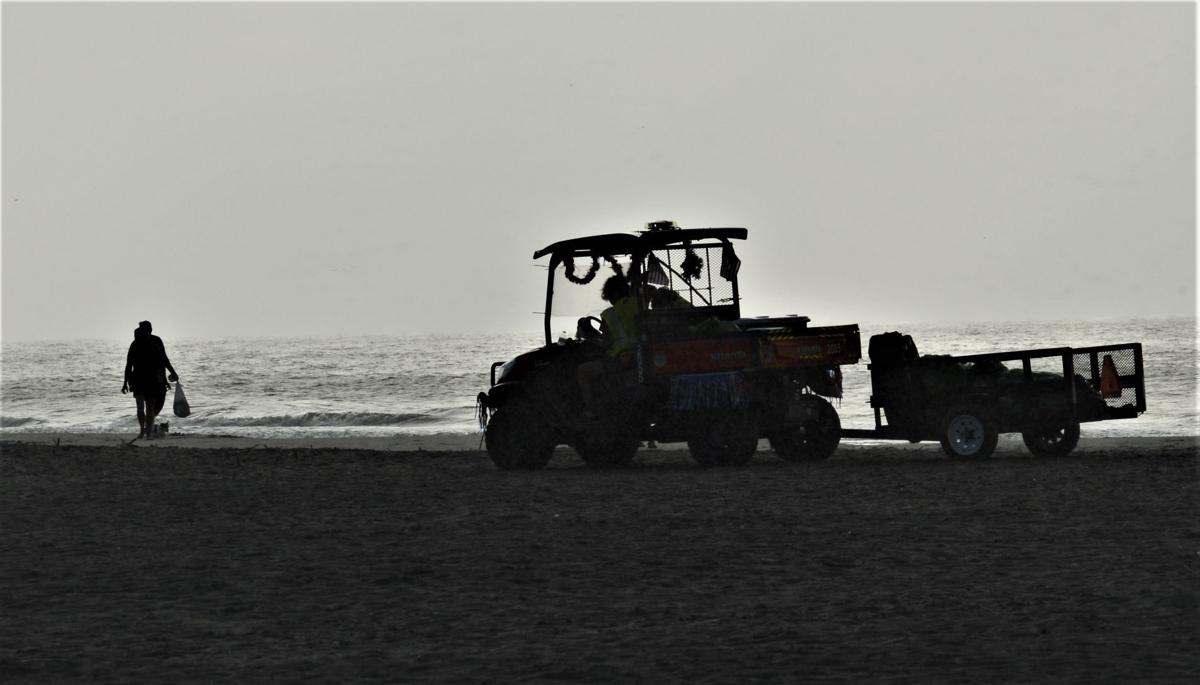 Scott and Jennifer Shaver, vacationers from East Cobb, walk in with a bag of trash as a Public Works trailer passes. 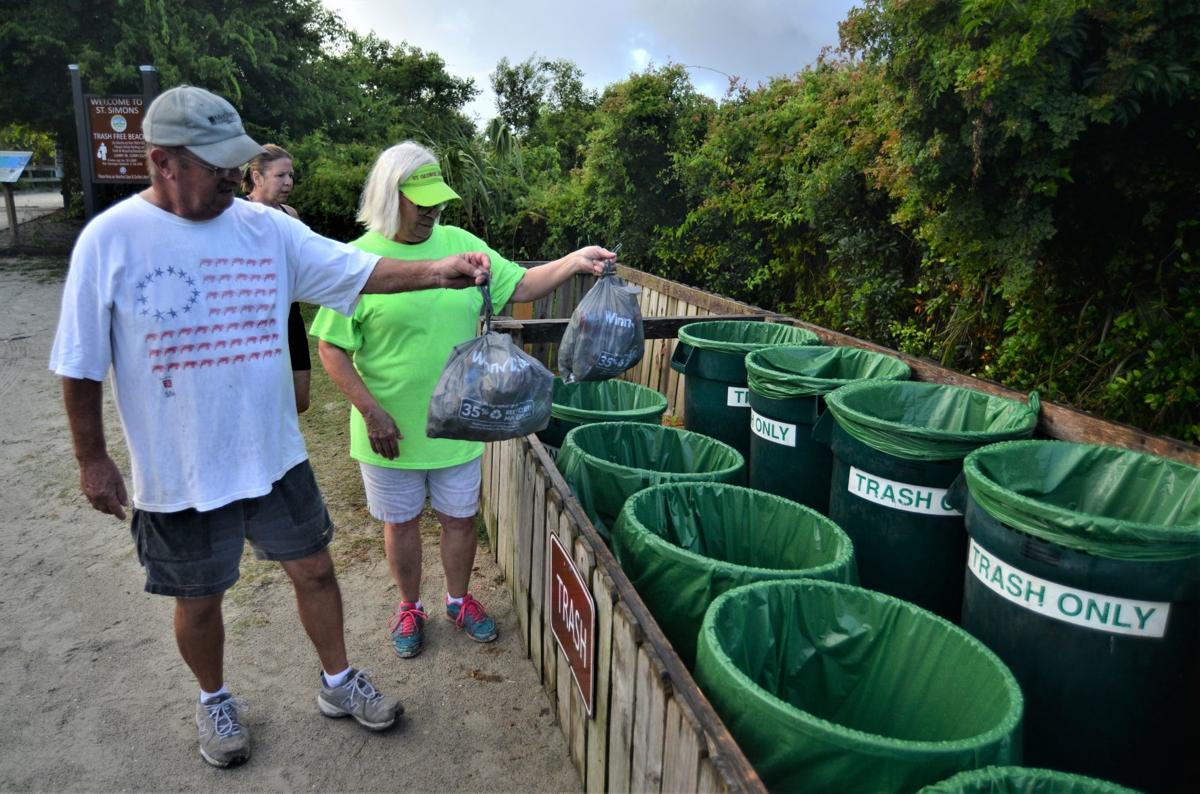 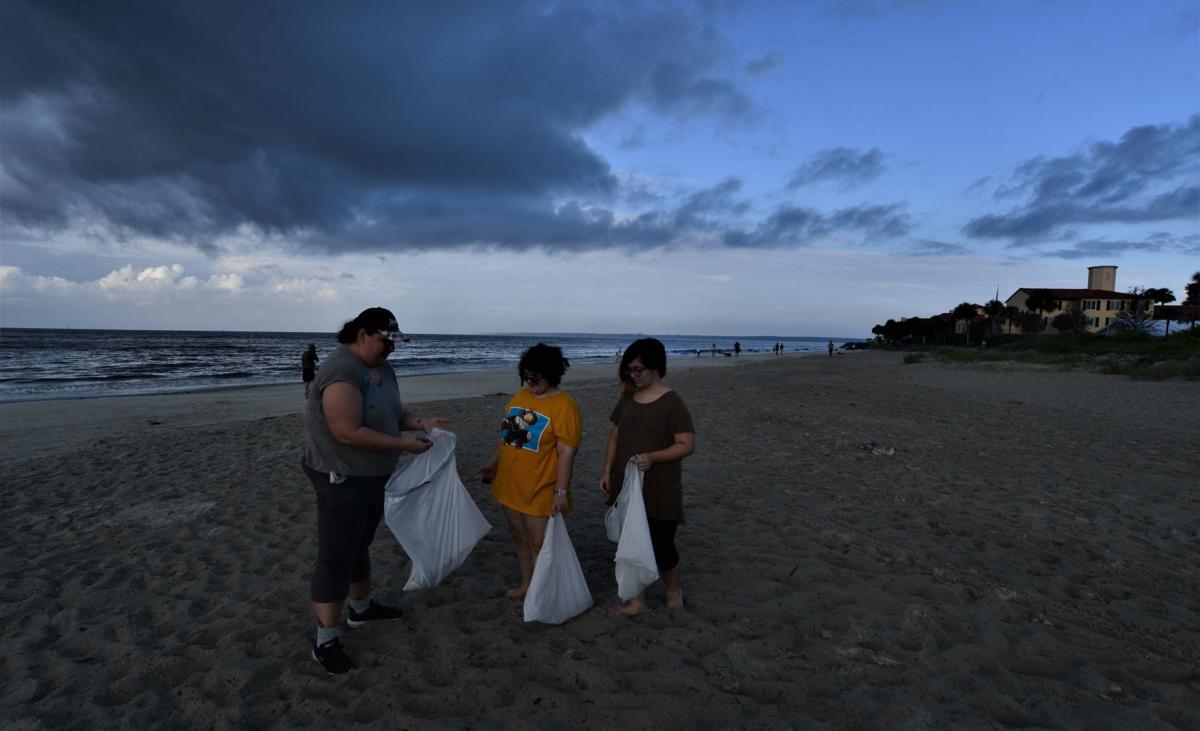 Karen Slobecheski, from left, Rachel Steffey and Faith Schaffer examine some findings as they clean the beach Sunday morning as another shower comes from the ocean.

Scott and Jennifer Shaver, vacationers from East Cobb, walk in with a bag of trash as a Public Works trailer passes.

Karen Slobecheski, from left, Rachel Steffey and Faith Schaffer examine some findings as they clean the beach Sunday morning as another shower comes from the ocean.

“This is the inaugural,’’ she said Sunday morning as she organized Keep Golden Isles Beautiful’s sweep of holiday litter on St. Simons’ beach. “This is the first year we’ve done it on the 5th of July.”

Thirty minutes into the sweep, the director of KGIB saw the need for a second annual and probably more.

“Not everyone follows the no fireworks on the beach ordinance,’’ she said, “and nighttime merrymakers don’t always pick up after themselves.”

The litter was worst at Massengale Park. Some volunteers arriving at the former Coast Guard station were redirected there.

By 7:30, she had 31 volunteers registered with more signing up, some as they carried out their usual habits.

Marion Kennedy and Debbie Scherr came, as they always do, with a dog and a bag. The only difference was they signed in Sunday.

“We’ve always got doggy bags,’’ Kennedy said, “so if we see anything we pick it up.”

“This is our church,’’ Scherr said.

“Ninety-eight percent is fireworks,’’ she said of the pieces of paper and plastic. “There’s hardly any trash.”

Her husband, Doug Coker, found a very nice smart phone that he surmised, taking the overnight tide into account, would probably never work again. He turned it over to Public Works employees who were towing a trailer along the beach to pick up the bags volunteers had filled.

Scott and Jennifer Shaver were just a few hours away from ending their vacation on the island and driving home to the East Cobb community outside Atlanta. When they came to take a last walk on the beach, they saw King-Badyna and signed up and took a bag.

They got wet doing it because a shower came in off the ocean as they walked.

Looking for something to do on Sunday morning, Melissa Steffey had seen King-Badyna’s online call for volunteers and drove from Brunswick with her daughter Rachel along with Faith Schaffer and Karen Slobecheski.

They found the ubiquitous cigarette butts, a broken wine glass, plastics, spent sparklers and a half dollar-sized sand dollar.

Steffey said the two teens, her daughter and Faith Schaffer, didn’t like the idea of picking up trash on a Sunday morning.

“Once they got there, they were on board,’’ she said.