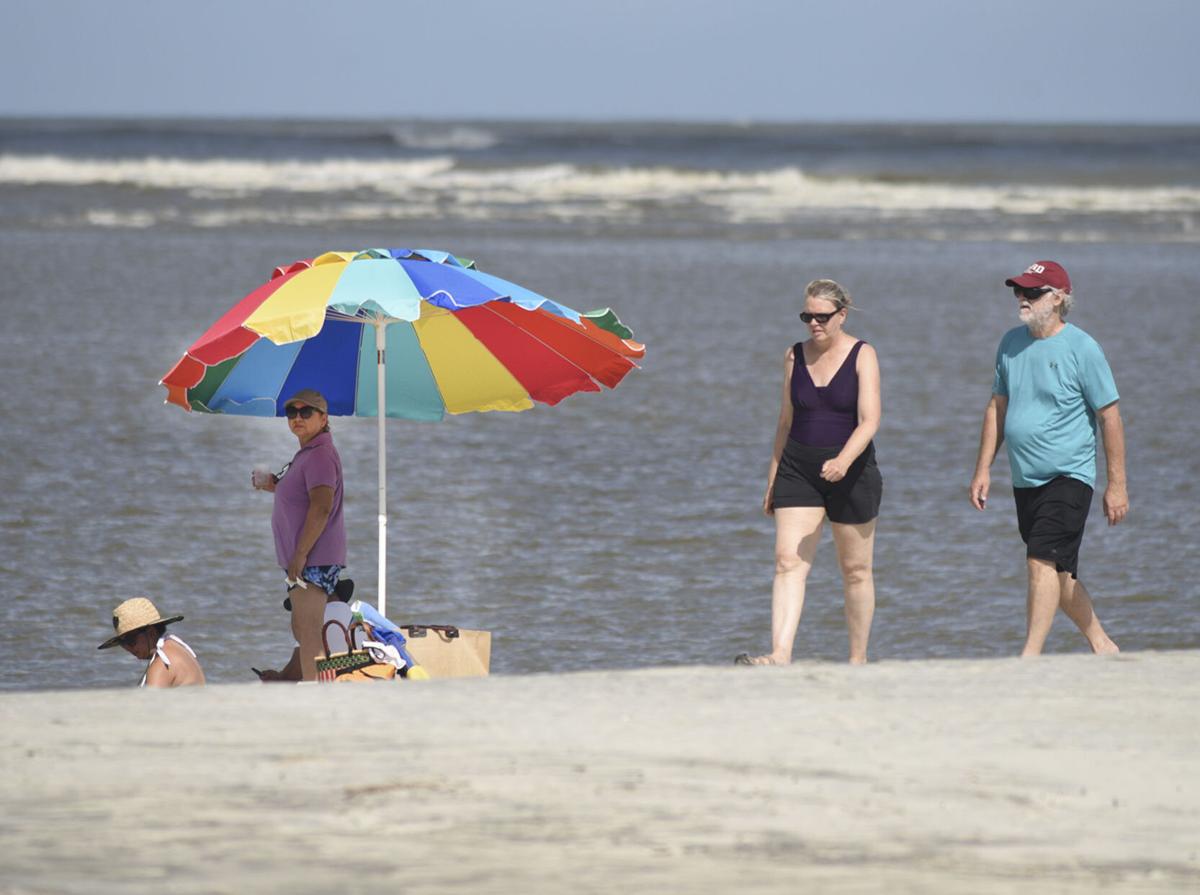 Beachgoers enjoy the sun and sand at Goulds Inlet on St. Simons Island on Monday afternoon.

Beachgoers enjoy the sun and sand at Goulds Inlet on St. Simons Island on Monday afternoon.

Glynn County suffered little if any damage from Tropical Storm Isaias as the storm traveled northward off the coast of Georgia Monday.

A high surf advisory and a small craft advisory continued throughout Monday evening.

The National Weather Service expects very little will remain on Tuesday to remind residents that a major storm passed, said NWS meteorologist Katie Nguyen, aside from some stronger-than-usual winds from the northeast.

Hurricane season is here, however, and more major weather events are likely to form before it ends in November.

“At the time the only other area for potential (storm) development is a little to the southeast,” said Nguyen. “It’s (in the) central Atlantic. About a 60 percent chance of formation in the next five days, but it does look like it will move out into the ocean and not cause any direct impact.”

Isaias is forecast to continue strengthening as it heads toward South Carolina and will likely once again intensify into a hurricane before it reaches the shore and heads inland.

Locally, government officials said the storm was a good chance to continue refining emergency response with the restraints imposed by the ongoing COVID-19 pandemic.

“Getting the word out and communication have been essential this year,” said county Emergency Management Agency Director Alec Eaton.

First responders and utility companies sent representatives to the county’s emergency operations center in the Glynn County Police Department’s headquarters. Others maintained a presence via teleconference.

“We have means with which we’ll reduce the number of people (in the EOC), and we’re all using sanitation and protection, masks, hand sanitizer,” Eaton said.

The EOC serves as a war room of sorts for public and private agencies to manage organized responses to emergencies. They include county and city police, fire and public works departments, Sea Island Co., Georgia Power, Glynn County Schools and the Jekyll Island Authority.

As long as the county police headquarters, built to withstand hurricane category 3 conditions, maintains electricity, the EOC should be able to function as normal despite some members not being there in-person.

Over the last few years, the group has developed into a “dynamic and fluid” team, Eaton said.

“We have a solid foundation built up, and the teammates have an experienced veteran in the EOC position,” Eaton said. “We’re all aware of each other’s duties. There’s no micromanaging.”