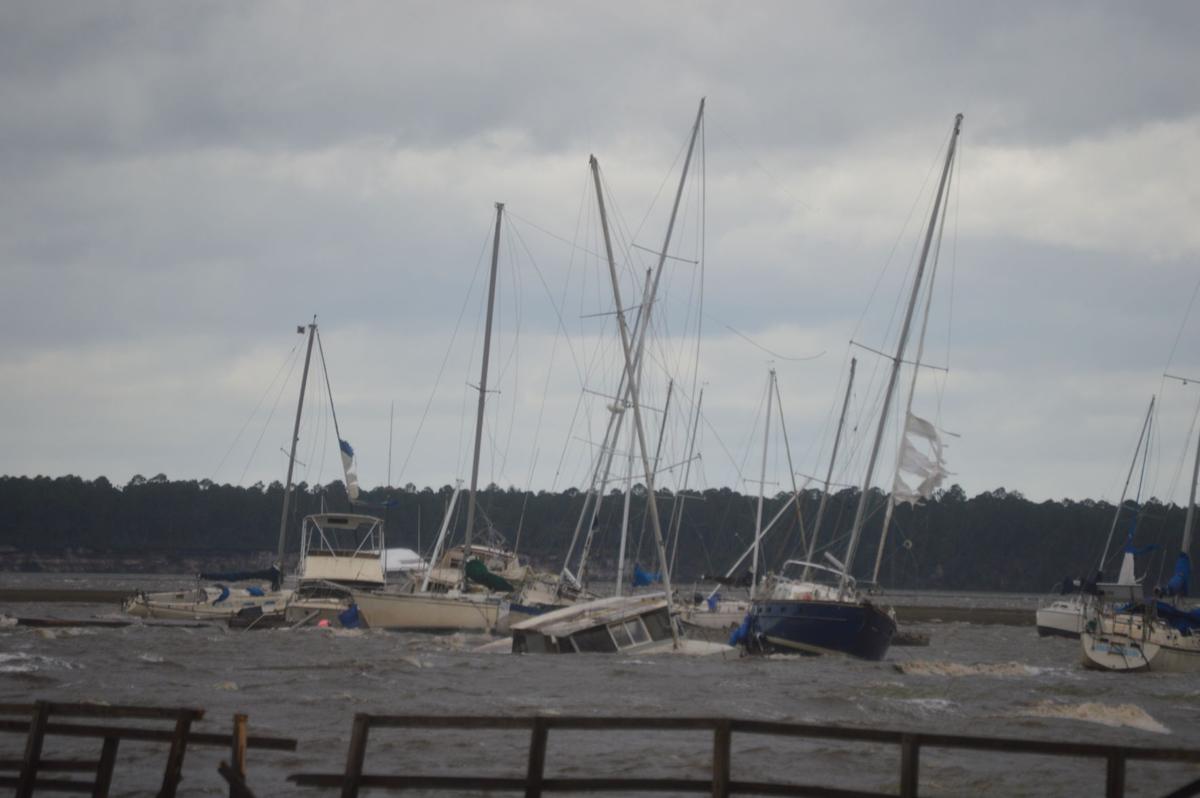 Dozens of boats were damaged Monday at marinas in downtown St. Marys as Irma hammered the region with high winds and torrential rain. 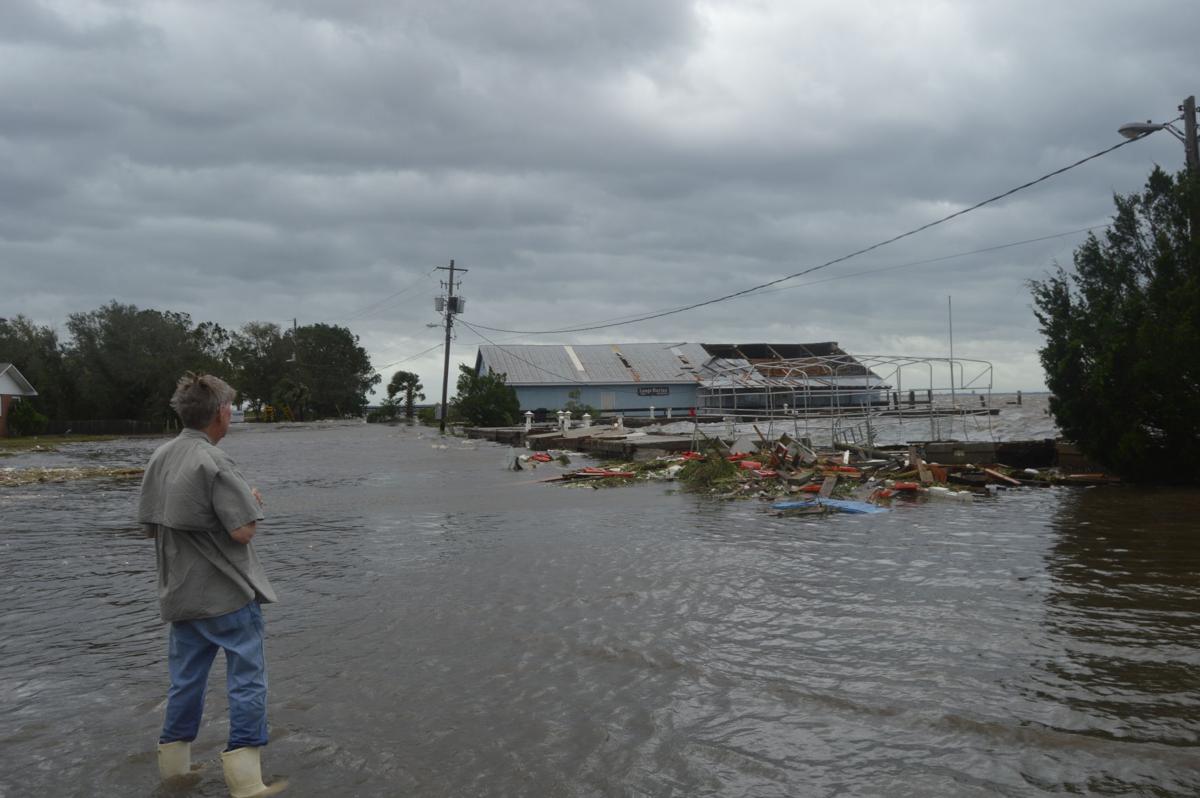 An onlooker checks out the damage to one of the marinas in downtown St. Marys from Irma. 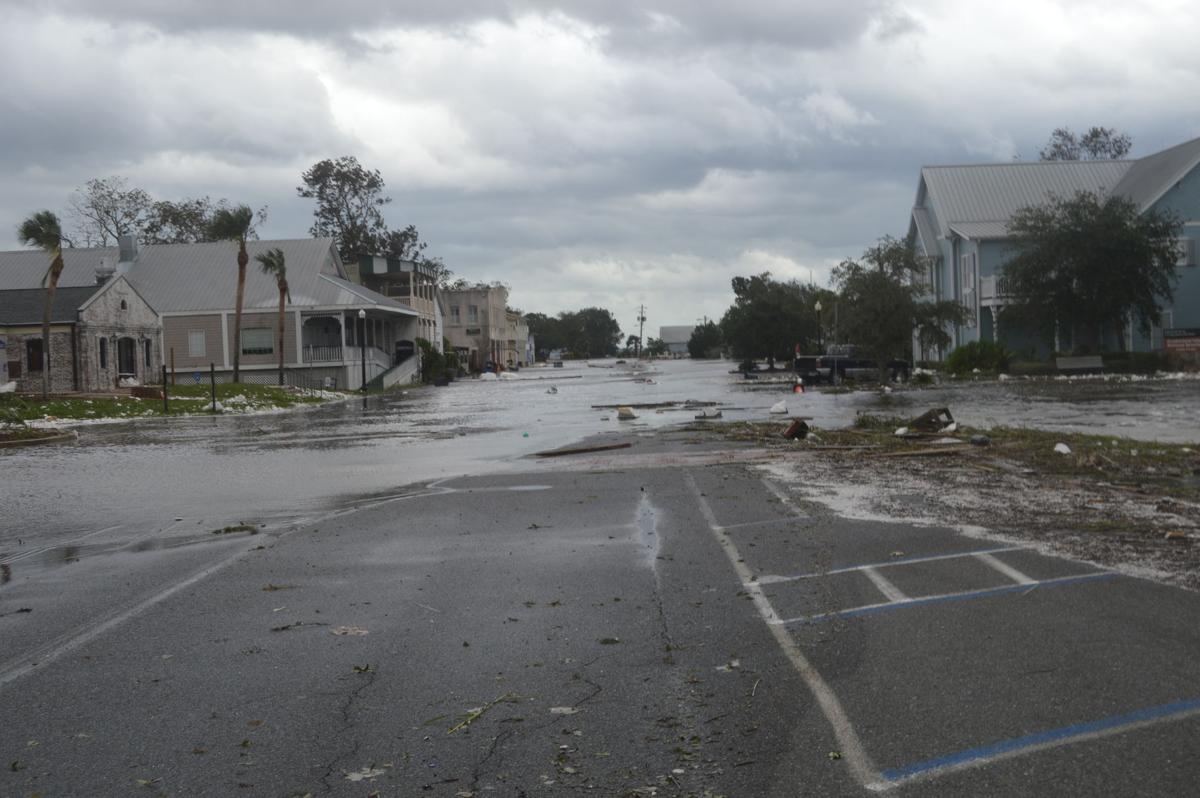 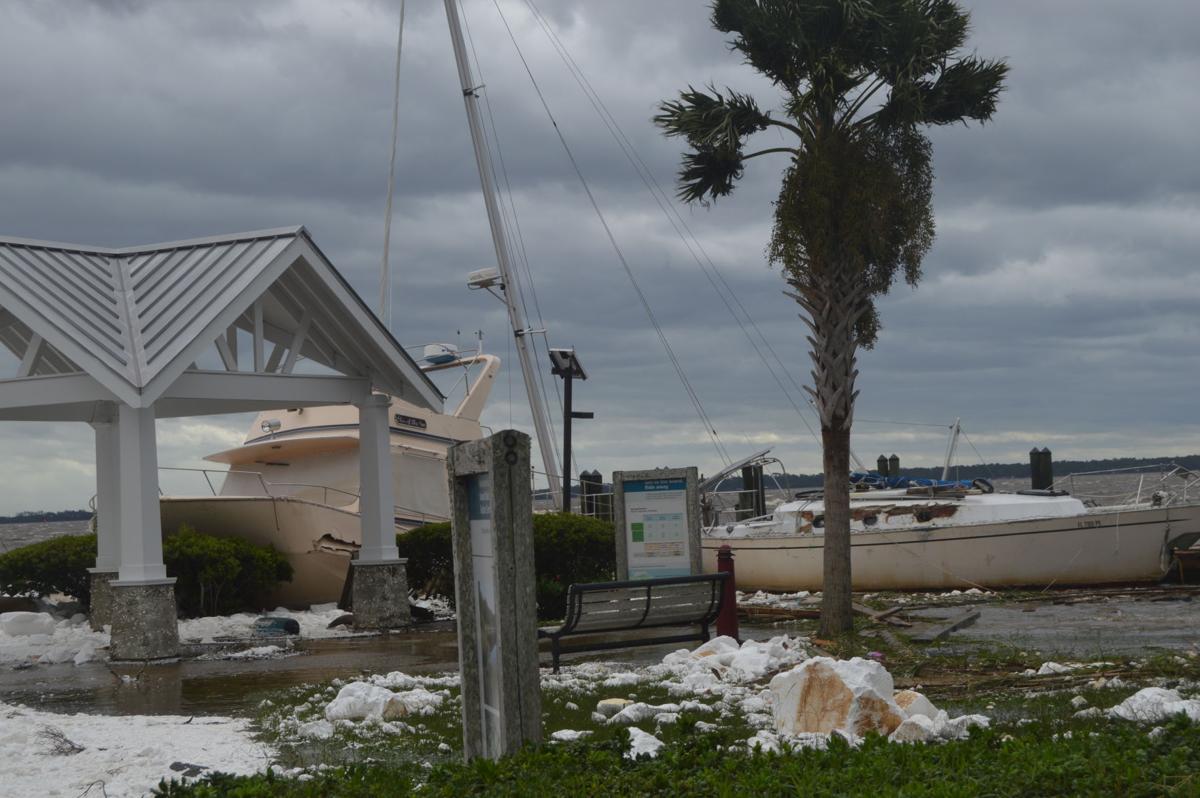 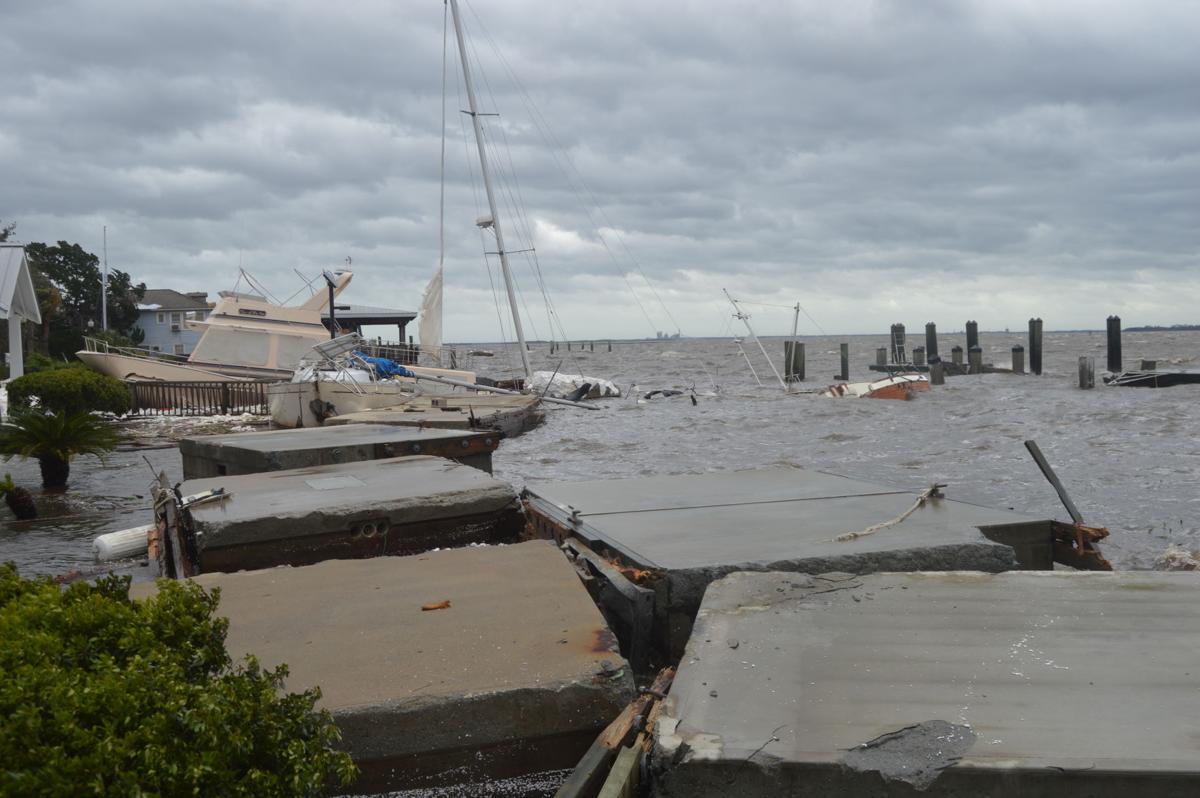 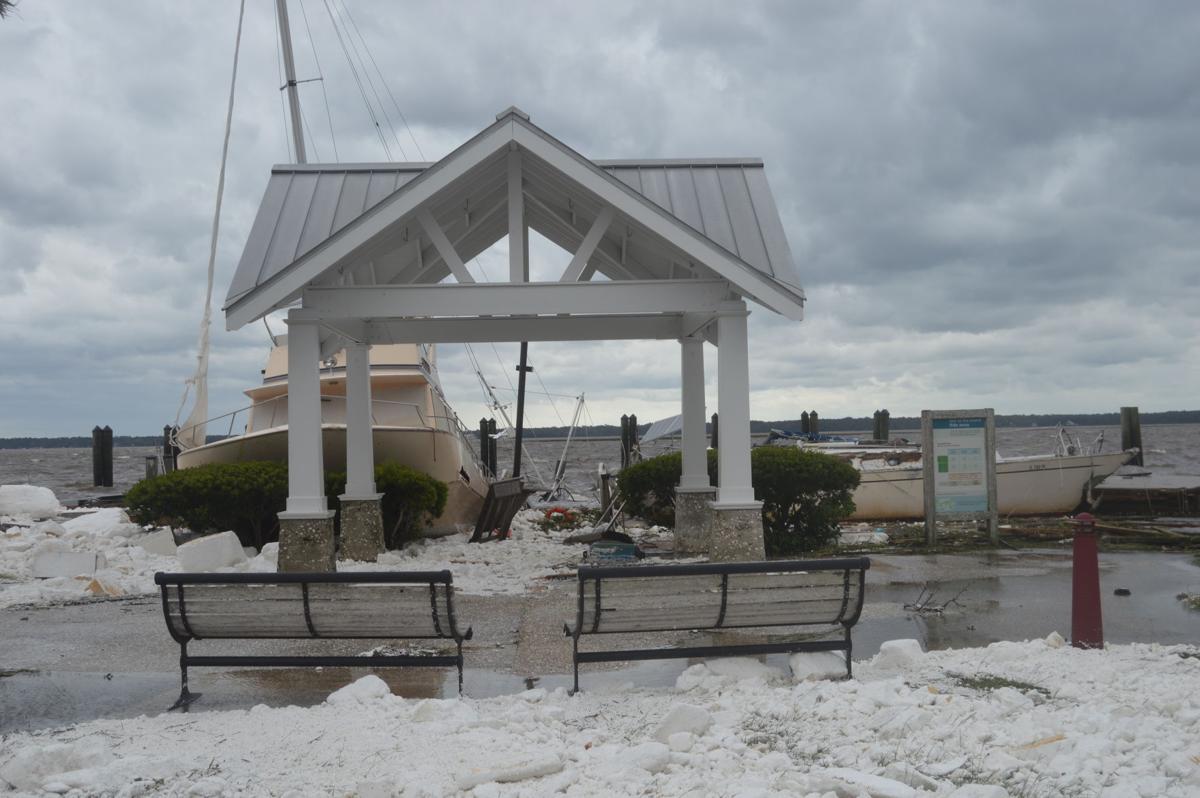 Dozens of boats were damaged Monday at marinas in downtown St. Marys as Irma hammered the region with high winds and torrential rain.

An onlooker checks out the damage to one of the marinas in downtown St. Marys from Irma.

ST. MARYS — Tropical Storm Irma pounded St. Marys with powerful winds and rain Monday, causing extensive damage to or total destruction of the docks at the city’s waterfront, including one used by tourists to board the ferry to Cumberland Island.

Dozens of boats anchored offshore were damaged, with many sunk after they bashed against each other as the winds howled Monday.

The streets downtown had already flooded around 2 a.m., with water spilling over the curbs and into buildings on the city’s waterfront. By daylight, much of the city had lost power as the winds steadily ramped up throughout the morning.

The St. Marys River overflowed again early Monday afternoon as whipping winds washed ashore extensive debris, including trash, palm fronds, tree limbs, and boards and large chunks of styrofoam that were part of the floating docks that smashed apart during the storm.

Marine fuel from the dozens of damaged or sunk boats could clearly be seen and smelled in flood waters downtown.

The St. Marys Police presence was noticeable, with officers braving the howling winds and pelting rain to set up roadblocks and turn away people in vehicles trying to get downtown to look at the flooding. During Hurricane Matthew last year, vehicles driving through the flooded streets created a wake that splashed into buildings.

As the winds subsided and the flood waters receded back into the St. Marys River, dozens of people, many with looks of dismay, came downtown to look at the damage to the city’s waterfront.

Gaila Brandon, owner of Riverview Hotel on the city’s waterfront, said Irma was much more devastating than Hurricane Matthew, even though her business flooded with shin-deep water last year.

Brandon said last year’s hurricane helped her better prepare for Monday’s storm. She had bales of hay and sandbags piled at her doorways, which helped stem the flow of water when it spilled over the sidewalks.

“Matthew was a lot of water but Irma was mainly wind,” she said. “This was much, much worse. It will be a long recovery."