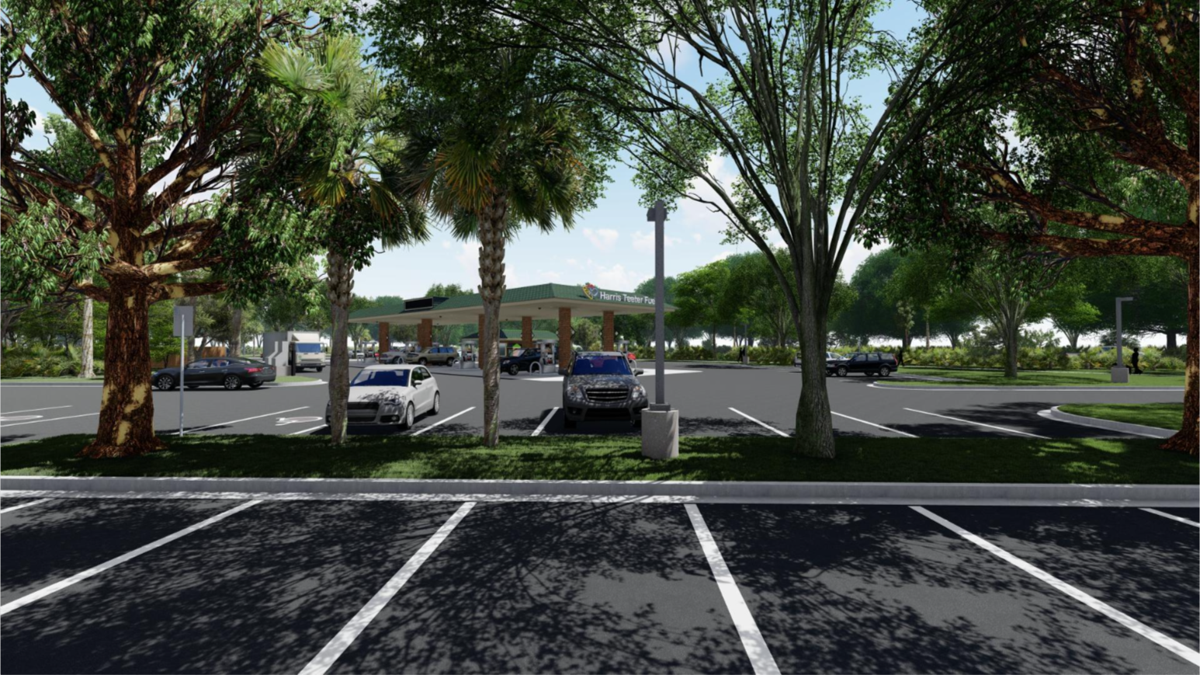 This rendering included in county documentation of the project shows what a set of seven fuel pumps in the Harris Teeter parking lot might look like. 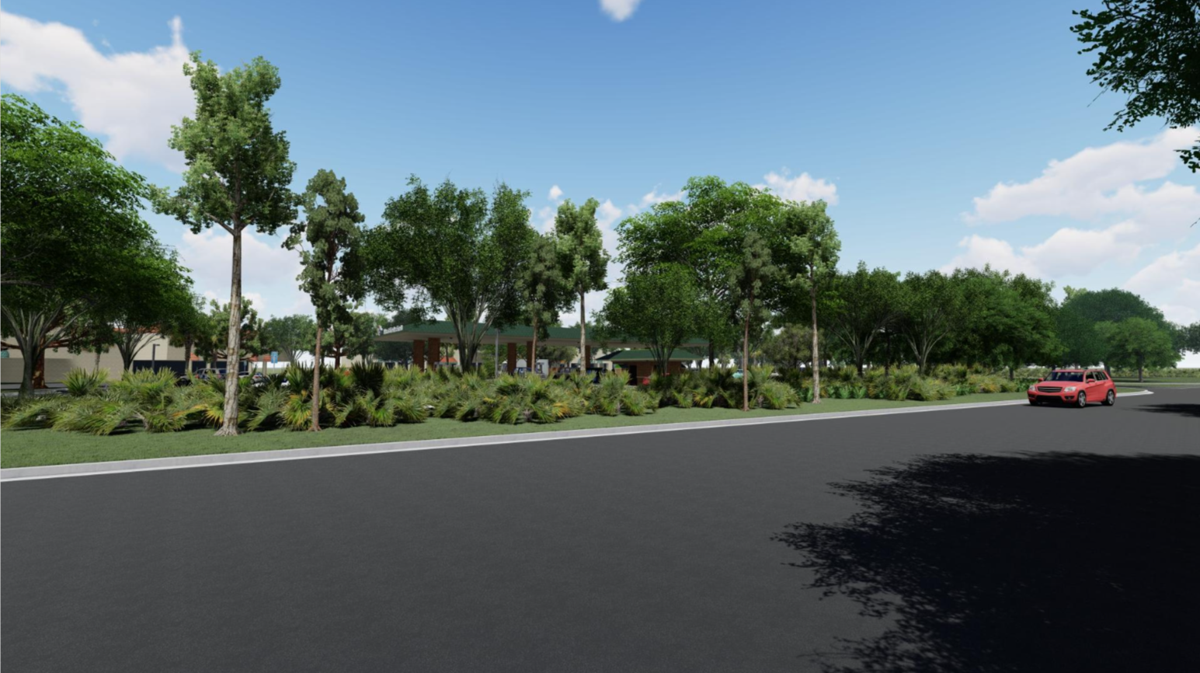 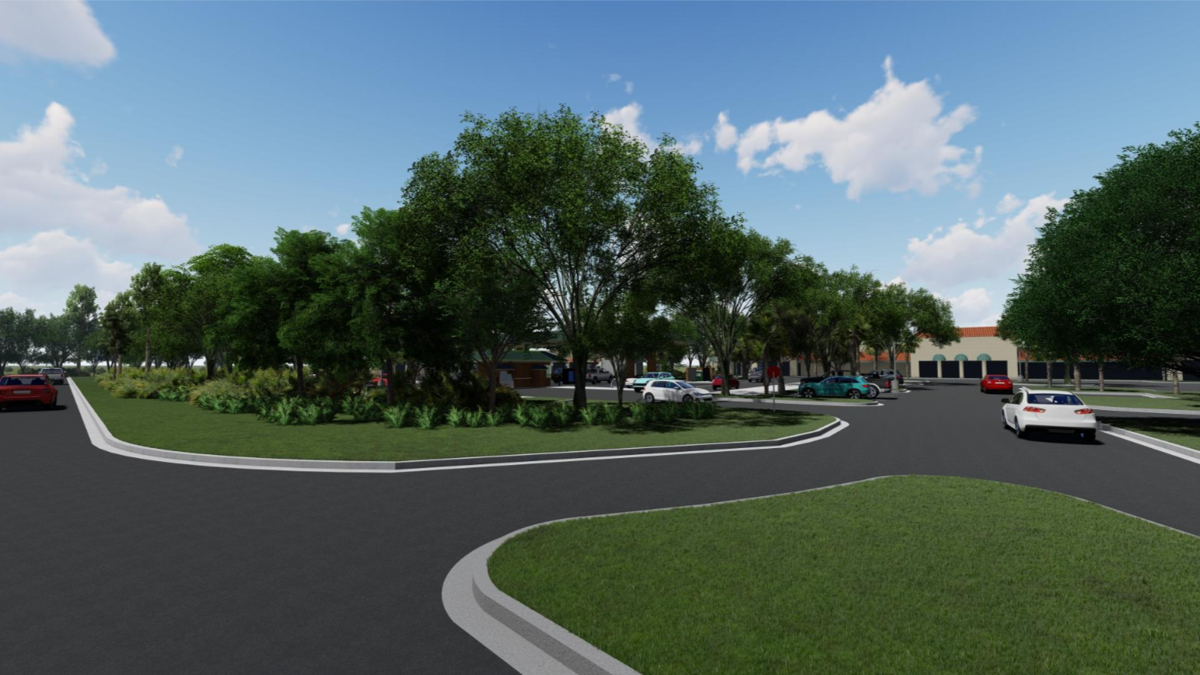 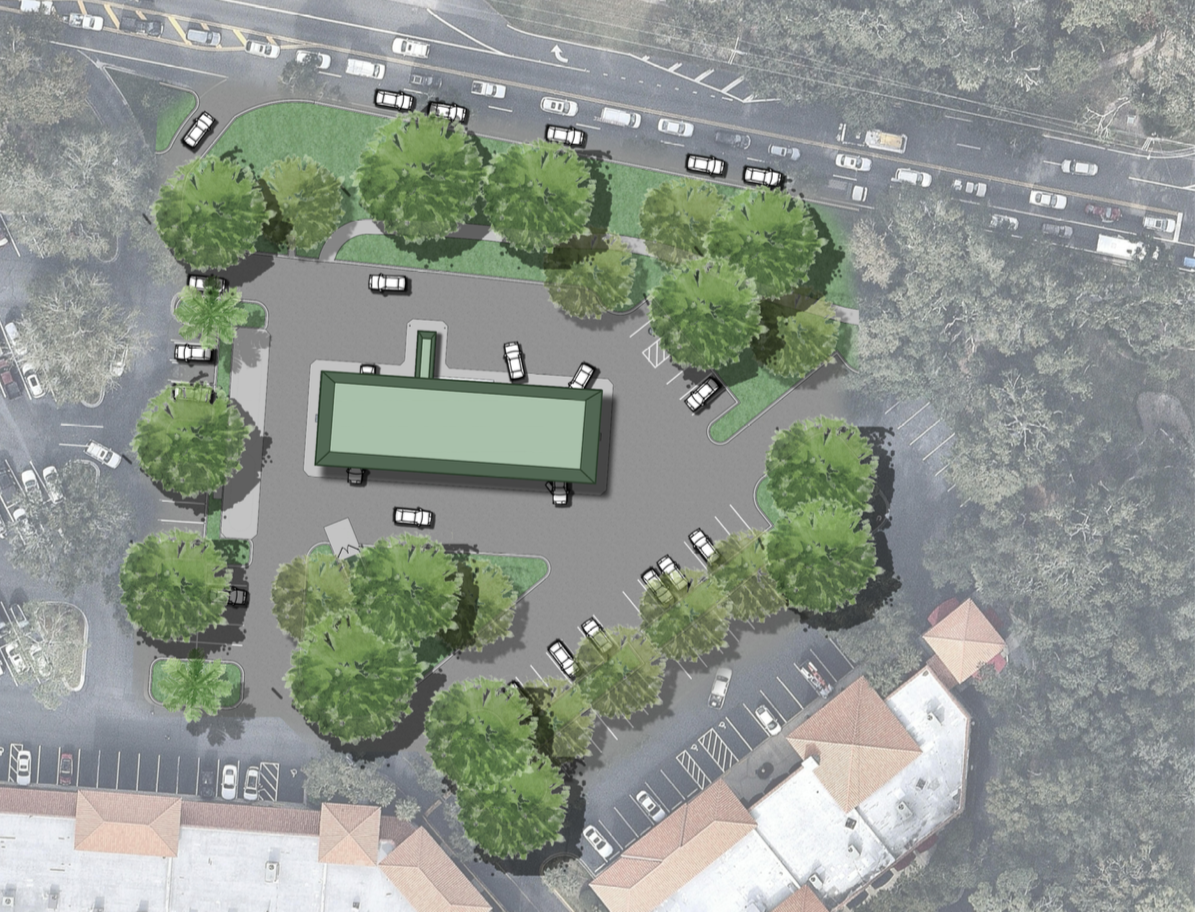 This drawing included in county documentation of the project shows what a set of seven fuel pumps in the Harris Teeter parking might look like.

This rendering included in county documentation of the project shows what a set of seven fuel pumps in the Harris Teeter parking lot might look like.

This drawing included in county documentation of the project shows what a set of seven fuel pumps in the Harris Teeter parking might look like.

Following a half-hour crash course on the IPC’s policies and procedures, members of the planning commission launched into a discussion of a request for a conditional use permit that would allow Harris Teeter to construct gas pumps on the site.

The seven-member IPC will vote on a recommendation to the Glynn County Commission on Tuesday.

If the permit is approved by the Glynn County Commission, the building would be torn down to make way for seven gas pumps, fuel canopy, an attendant’s kiosk and a handful of parking spaces.

“The proposal is to remove that building and put up a canopy over the seven fuel pump areas,” Mark Shelton, with engineering firm Kimley Horn, told the planning commission during a presentation at the Thursday work session.

No convenience store will be attached to the fueling station, Shelton said. The kiosk will be manned during normal business hours, after which customers would be able to pay with a credit or debit card.

The station might cause a 1 percent increase in traffic over the course of an entire day, Schilling said. The math suggests it might actually cause a decrease in traffic during peak hours, he added.

The majority of people fueling at the station are anticipated to be people who were already in the area, he said. It will also attract people who would otherwise divert onto Frederica Road to go to another station.

Shelton closed the presentation by going through the requirements in county code for a conditional use permit, saying it met all the minimum standards.

“There’s going to be a lot of concern about the environmental effect of lighting. This is a very sensitive location. I just can’t overemphasize that,” Duncan said.

Garrett Maravetz, real estate specialist with Harris Teeter, said an illustration of the planned lighting system would be provided at the IPC’s Tuesday meeting.

Duncan also pressed Maravetz for details on the kiosk. According to Maravetz, while the structure will only be for the attendant, some coolers, snacks and occasionally other types of merchandise would be sold outside the kiosk.

“I’m sorry to drill down. I just think people need to know the nature of the ‘kiosk,’” Duncan said.

He also suggested the engineers amend the site plan to preserve more trees and landscaping, noting that the intent is not to create a destination fueling station.

“I know, as a business, you want to increase your visibility, but I think people here want to decrease it,” Duncan said.

Odessa Rooks, another member of the IPC, questioned the need to remove 11 trees from the property. Shelton said all but two are palm trees, most of which would obstruct the fuel canopy. The rest had to be removed to make way for the fueling station.

When asked by Duncan about the frequency of fuel truck visits to refill the tanks, Maravetz responded anywhere from daily to weekly.

“It all just depends on levels within the tanks,” Maravetz said. “There’s guys much smarter than I am who sit behind a desk doing petroleum purchasing.”

When shopping at the supermarket, Bryce Brock, a new addition to the commission, said she often finds herself parking in the Signature Properties parking spaces, meaning the removal of the parking spaces may leave too few for customers.

Following Brock’s comments, Duncan once again pressed Maravetz for answers on how exactly refueling trucks will get in and out of the commercial area. Maravetz said an engineer with Harris Teeter had accounted for that, but Duncan had doubts.

“I don’t want to embarrass you, but it’s obvious you haven’t walked through this,” Duncan said.

Maravetz said he would bring the planned fuel truck route to the IPC meeting next week.

Duncan noted the purpose of the work session was to make sure the application and the representatives for Harris Teeter would be better prepared for the IPC’s regular meeting.

No public comment was allowed during the work session.

IPC members will consider making a recommendation at a meeting at 6 p.m. Tuesday in the Sea Palms Resort Conference Center, 515 N. Windward Drive on St. Simons Island. Citizens will be given a chance to speak during a public comment period at the meeting.

Planning Manager Stefanie Leif said the county commission may not see the application until February.

The proposal is unpopular with some residents, and they are planning to picket along Sea Island Road on Saturday and Sunday in protest of the planned gas pumps.